Now that peak car might already be a thing of the past and the climate crisis the present, the auto industry knows a crunch is coming. Companies that can’t produce cars that don’t exacerbate environmental problems—never mind turn a buck while doing so—probably won’t have much of a future, and may not survive the transition. Geely-owned Volvo spinoff Polestar seeks to be among the survivors, and to secure its place on the ark, has announced a goal to produce what it calls the “first truly climate-neutral car by 2030.”

Polestar proclaimed this along with its plans to issue sustainability declarations on its Polestar 2 EV in its first annual sustainability report, published Wednesday. In an accompanying release, Polestar executives professed the importance of carmakers taking responsibility for the waste their industry creates, with CEO Thomas Ingenlath going as far as calling carbon offsetting a “cop-out.” 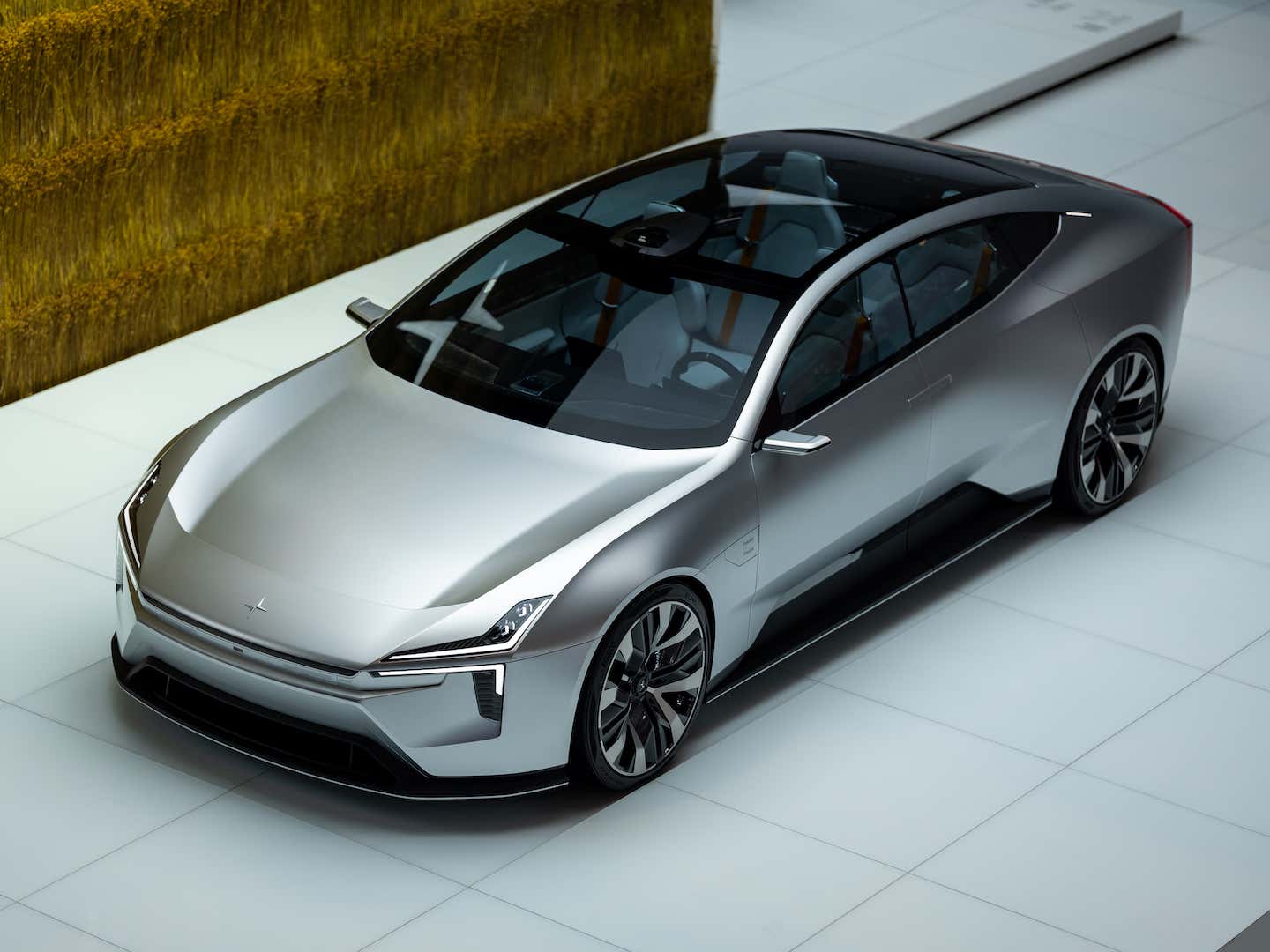 “We’re electric, so we don’t have to worry about combustion engines producing toxic emissions—but that doesn’t mean our job is done,” remarked Polestar’s Head of Sustainability, Fredrika Klarén. “We will now work to eradicate all emissions stemming from the production of our vehicles.”

“Now is a historic and exciting time for car manufacturers, an opportunity to seize the moment, do better, and dare to build the dream of climate-neutral, circular and beautiful cars,” she added.

A Polestar spokesperson explained to The Drive that its use of “climate-neutral” encompasses “all climate emissions (not just carbon),” and accounts for “mechanisms such as radiation forcing.” At the time of contact, however, it could not specify what its plans entail, only that it will engage in climate impact reduction more rigorous than buying other companies’ carbon credits.

“Common components we have seen are offsetting via the planting of trees and the purchasing carbon credits,” a Polestar spokesperson said of rivals’ efforts. “We have more extreme and/or unique steps we plan on taking, however we will announce those one by one as we confirm we can 100-percent execute them.”