Toyota purists might not be happy about the new Supra’s BMW-sourced powertrain, but it’s not without advantages. A slew of tuning companies are already well acquainted with the boosted B58 inline-six, and Manhart is one of them. In fact, the German tuner already built a 450-horsepower version that we covered earlier this year. Now, the bar is raised further with the Manhart GR 550.

As you can guess, 550 references the power coming from the boosted six-pot. Specifically, it produces 550 PS, which translates to 542 hp or 399 kilowatts, depending on how you rate your engines. Regardless of the measurement style, it’s a significant bump over the stock Supra, and torque is also up to 770 Newton-meters (568 pound-feet) so yeah, this two-seat sports car should have no problem atomizing its rear tires.

Manhart doesn’t offer any performance estimates, but with the stock Supra hitting 60 mph in 3.9 seconds, this version should be capable of a mid-three-second blast. That is, as long as its upgraded 295/25 ZR20 rear tires find some grip. 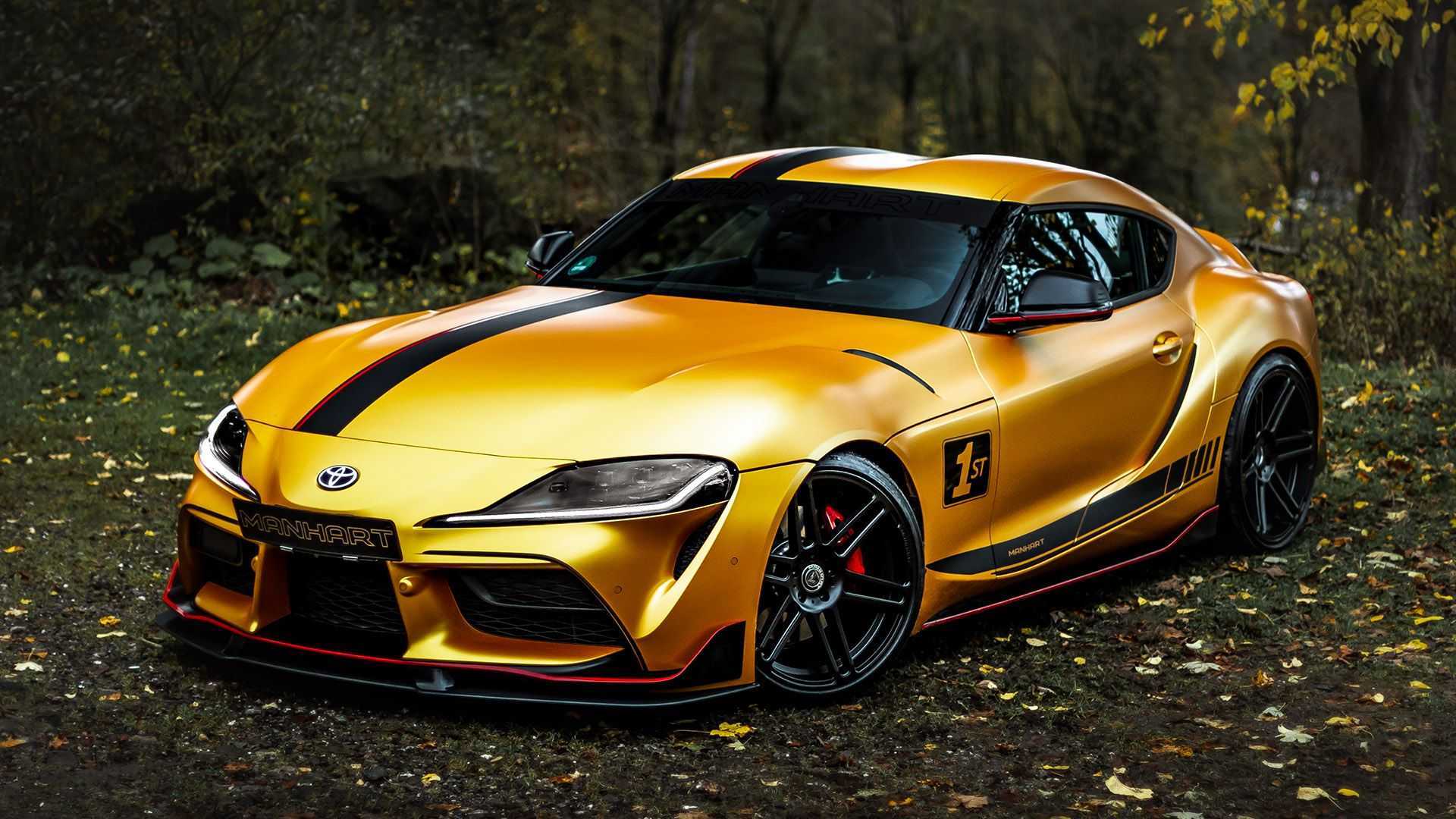 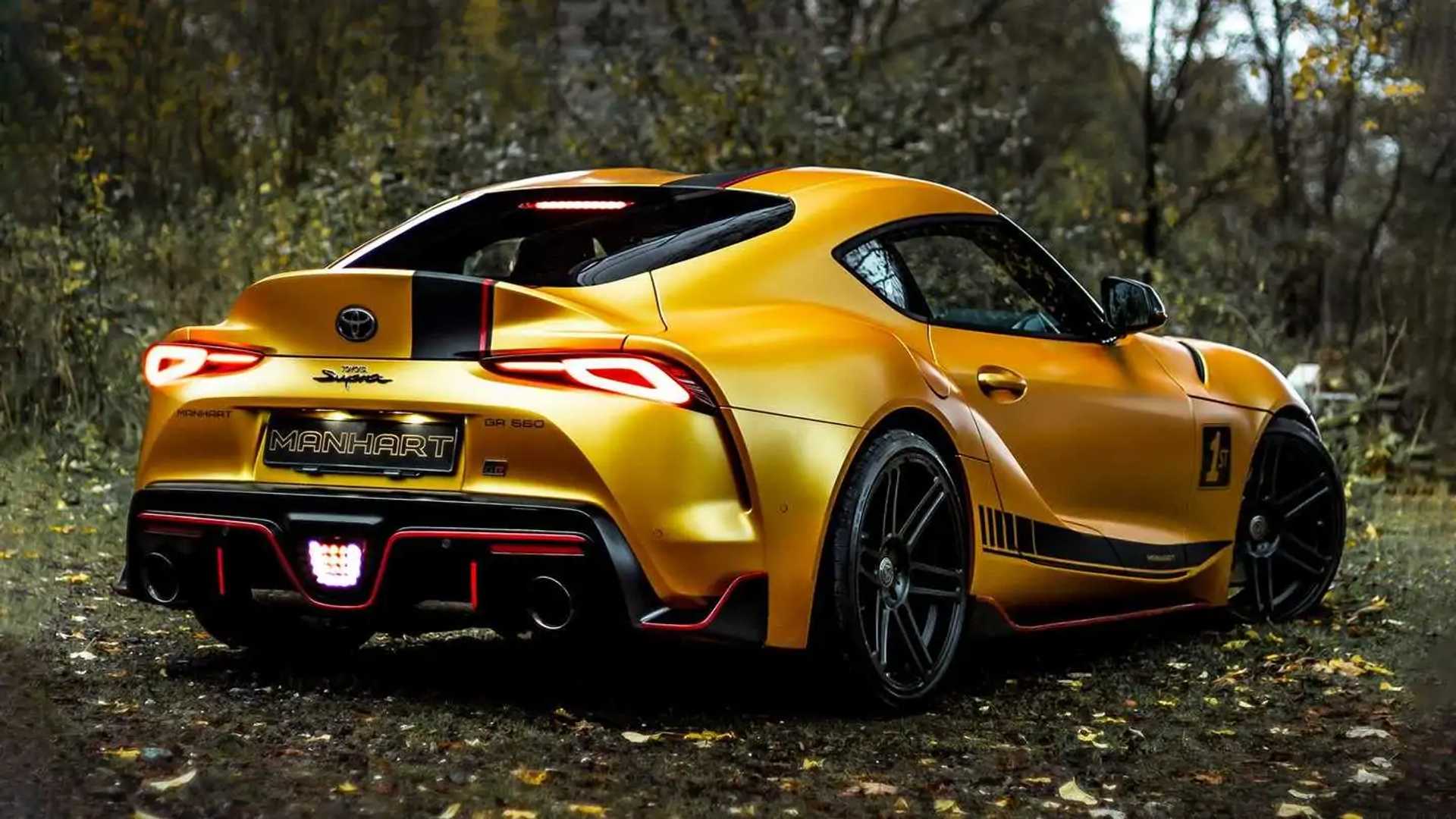 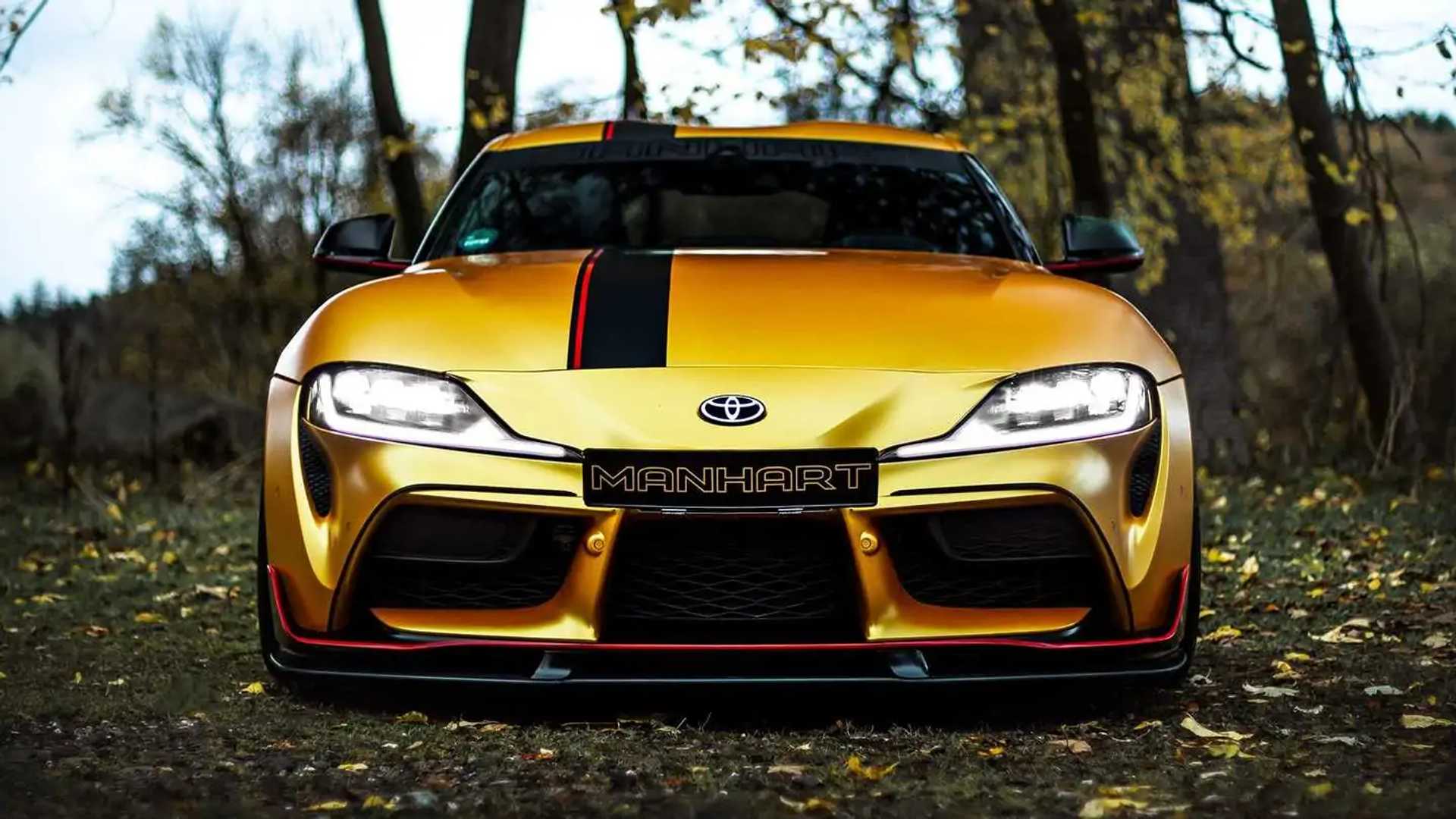 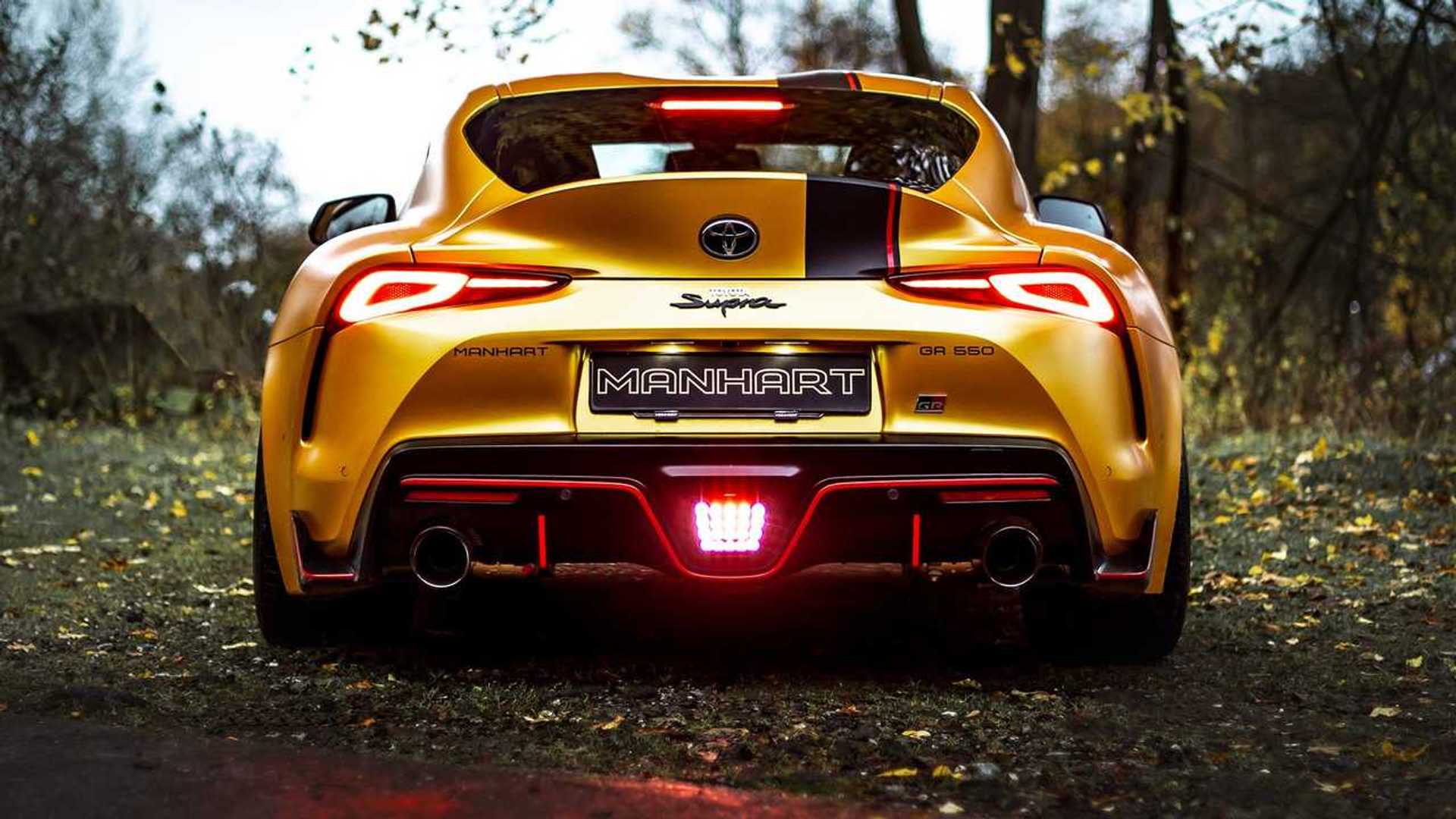 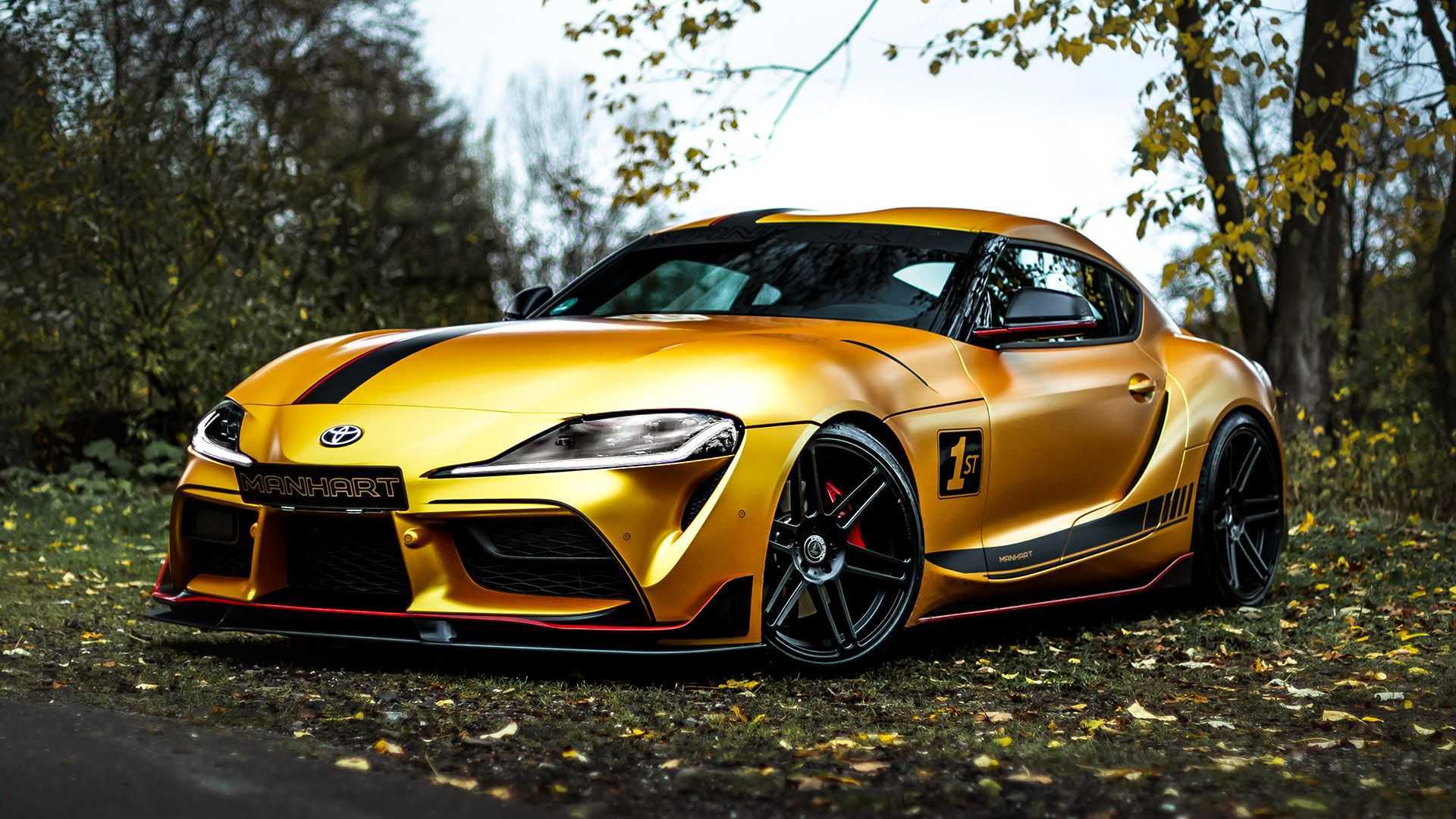 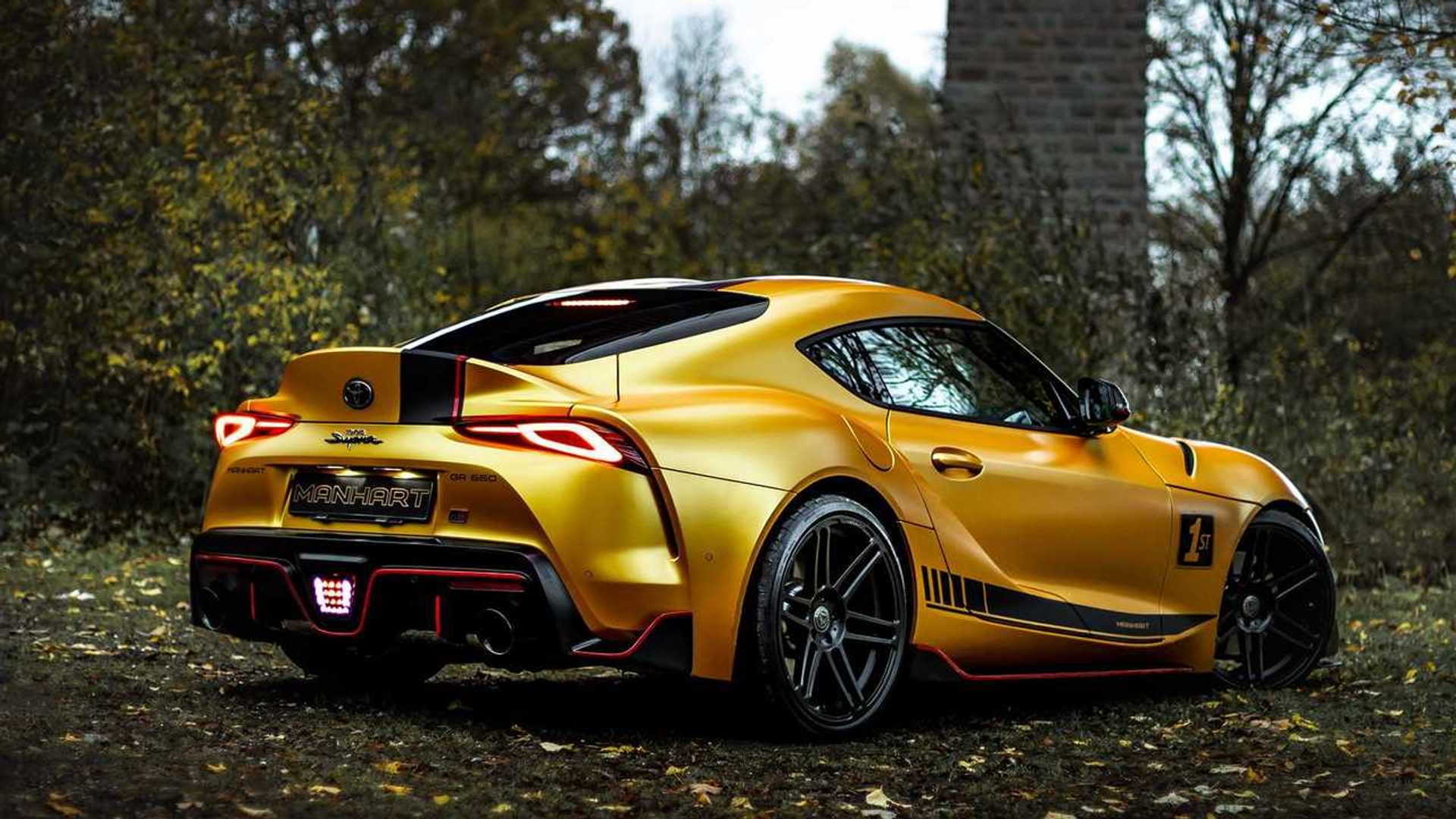 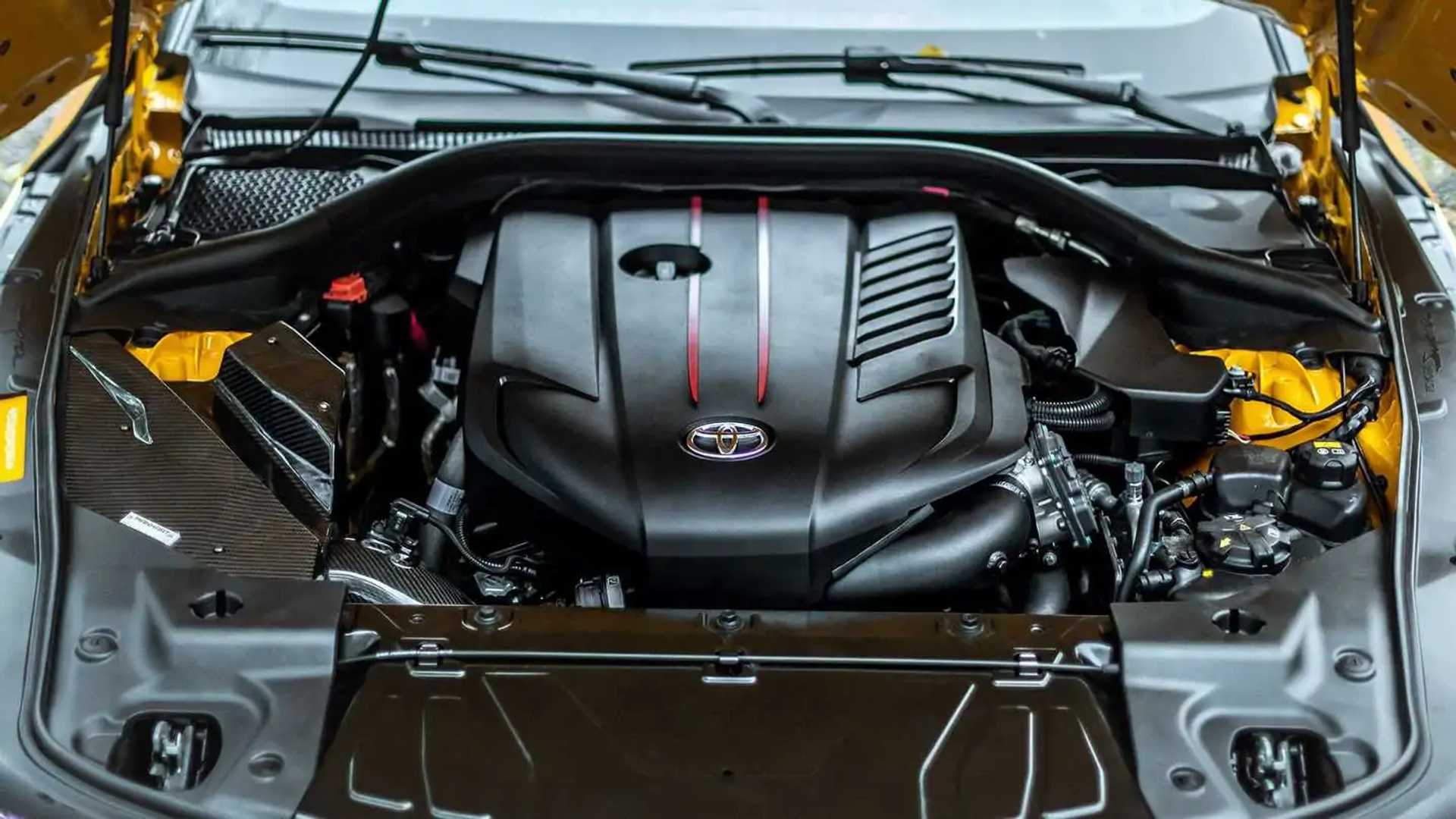 To unlock this power, Manhart installs a new turbocharger along with upgraded piping, a carbon intake, a new downpipe, a new radiator, and an upgraded stainless steel exhaust system. A Manhart ECU tune brings all the components into harmony, but power is nothing without control so the tuner also upgrades the suspension with three-way coilovers.

H&R lowering springs are optional for those not wanting the coilovers, and of course the upfit includes a set of snazzy 20-inch wheels. Speaking of aesthetics, a front spoiler is bolted to the Supra, and a Manhart graphics package makes sure the sports car stands out in a crowd.

The cost for this supercar-spec Supra? Manhart doesn’t publish any starting figures but the company does invite interested parties to fill out a contact form for more information. That also goes for details on shipping, as these upgrades are available in various parts of the world.