Gulf all the things? Maybe, maybe not.

Gulf Oil’s links to the exciting world of motorsport date back to the 1930s, but most of us know it because of the gorgeous baby blue and orange colors introduced towards the end of the 1960s. From famous cars such as the Porsche 917, Ford GT, Mclaren M20 Can-Am and the more recent McLaren F1 GTR Longtail, the Gulf livery has been applied to some of the most legendary race cars ever made.

The lovely two-tone finish has trickled down to road cars as we’ve seen our fair share of Porsche 911s carrying this theme, not to mention Ford’s official GT Heritage Edition, a McLaren 675LT, and even a Porsche Macan. Speaking of SUVs, the German tuners at GeigerCars decided to take the Jeep Grand Cherokee Trackhawk and slap on the iconic Gulf wrap. Does it work on such a large and tall vehicle? We’ll let you be the judge of that. 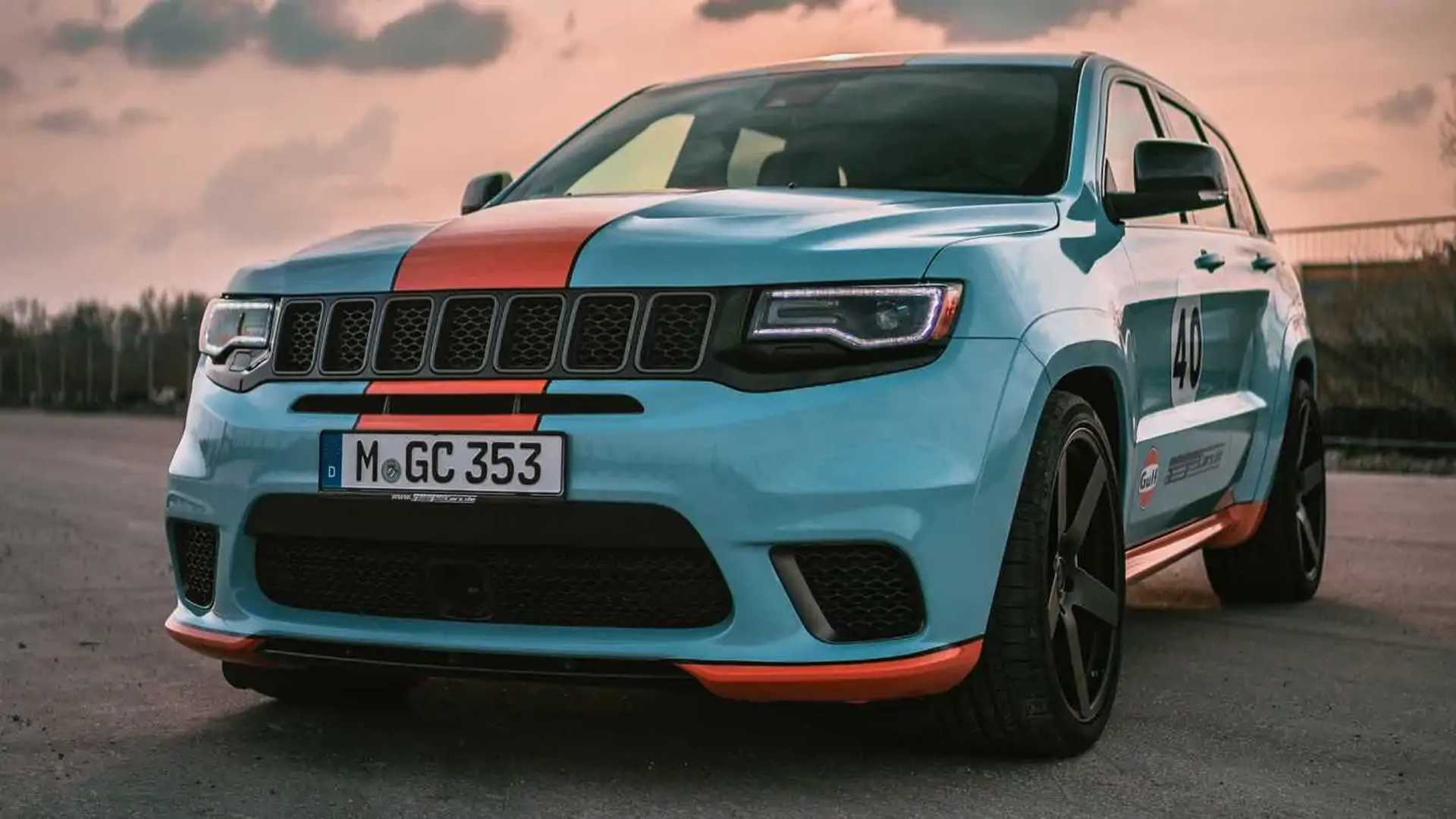 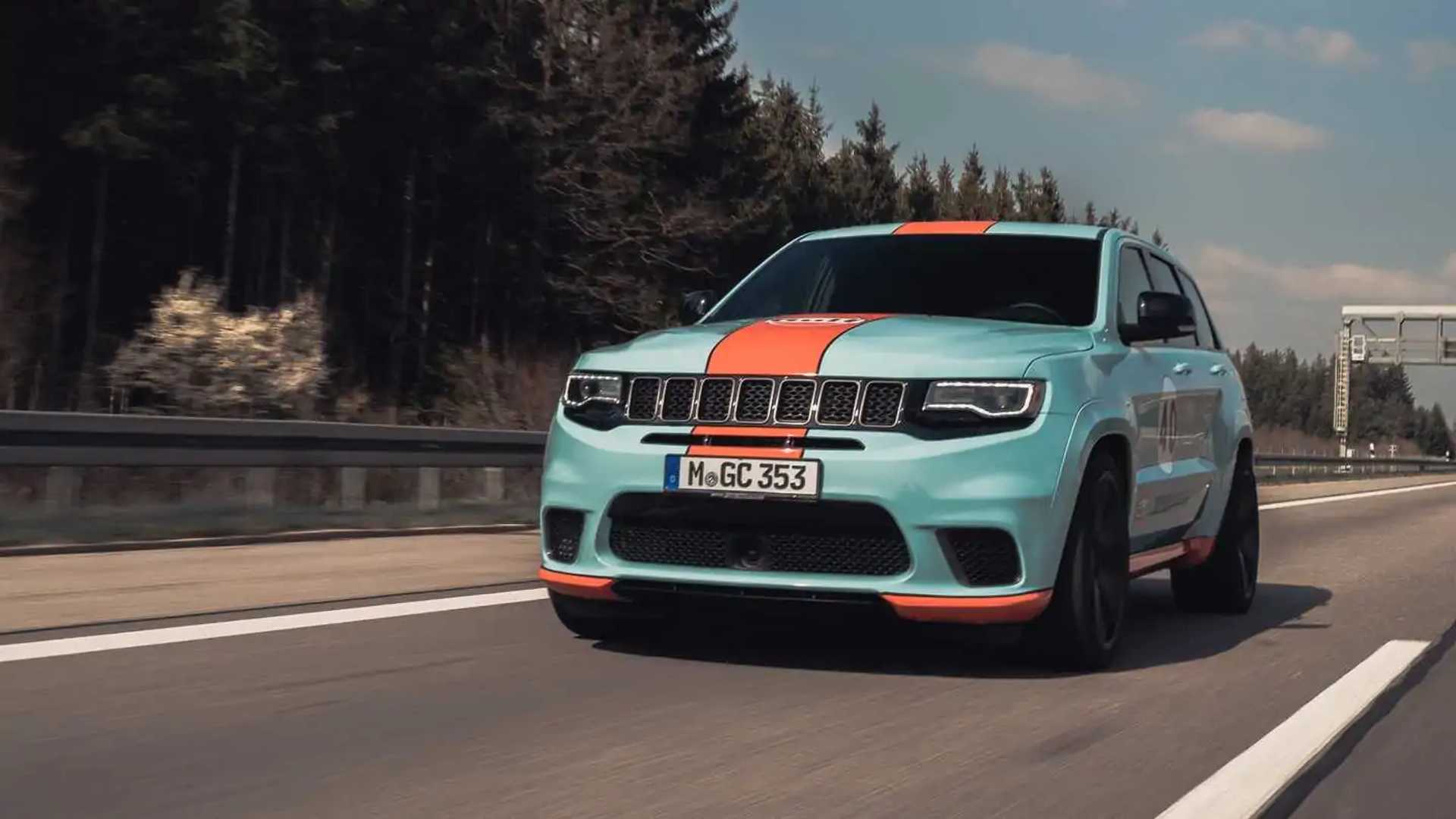 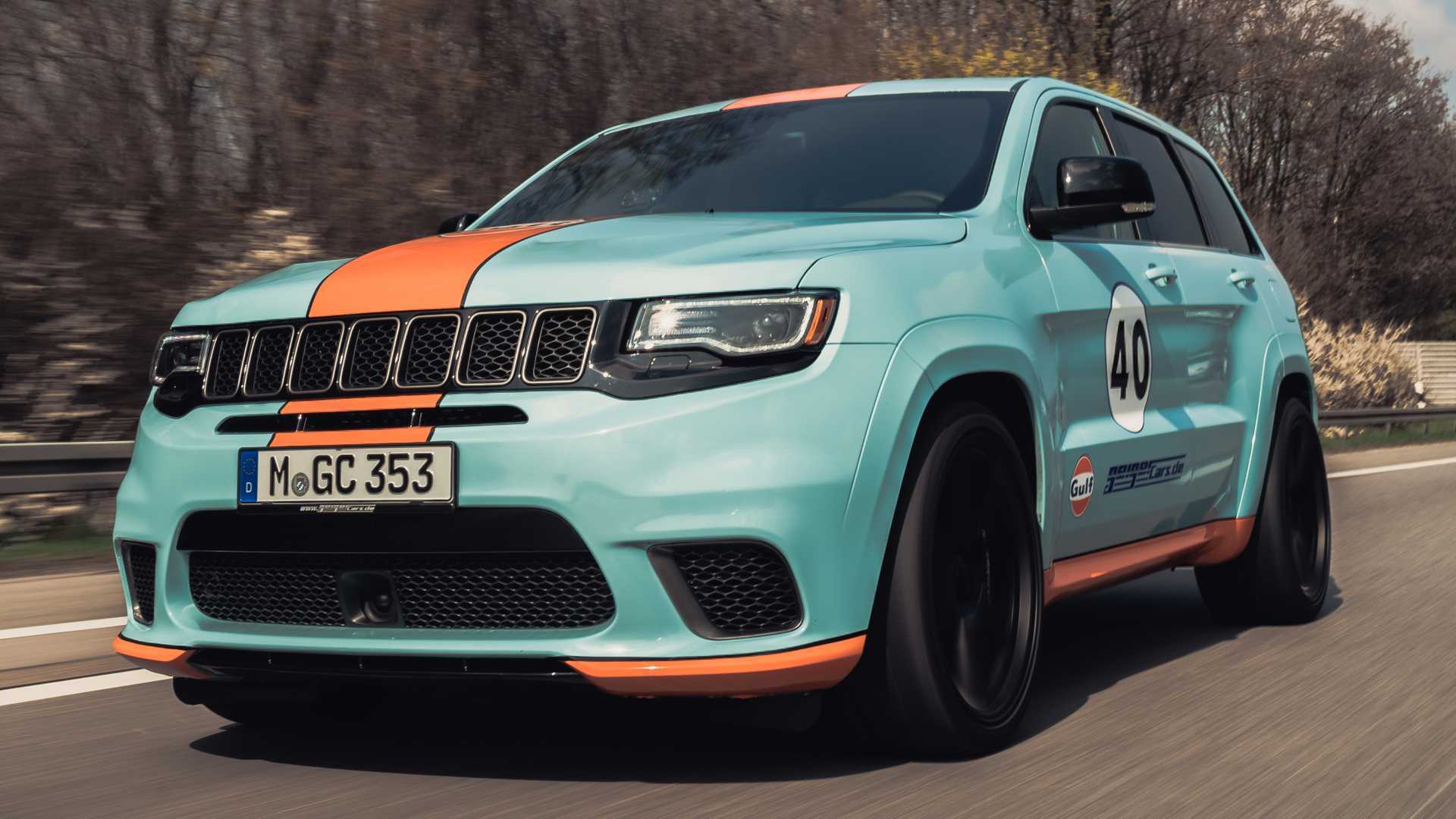 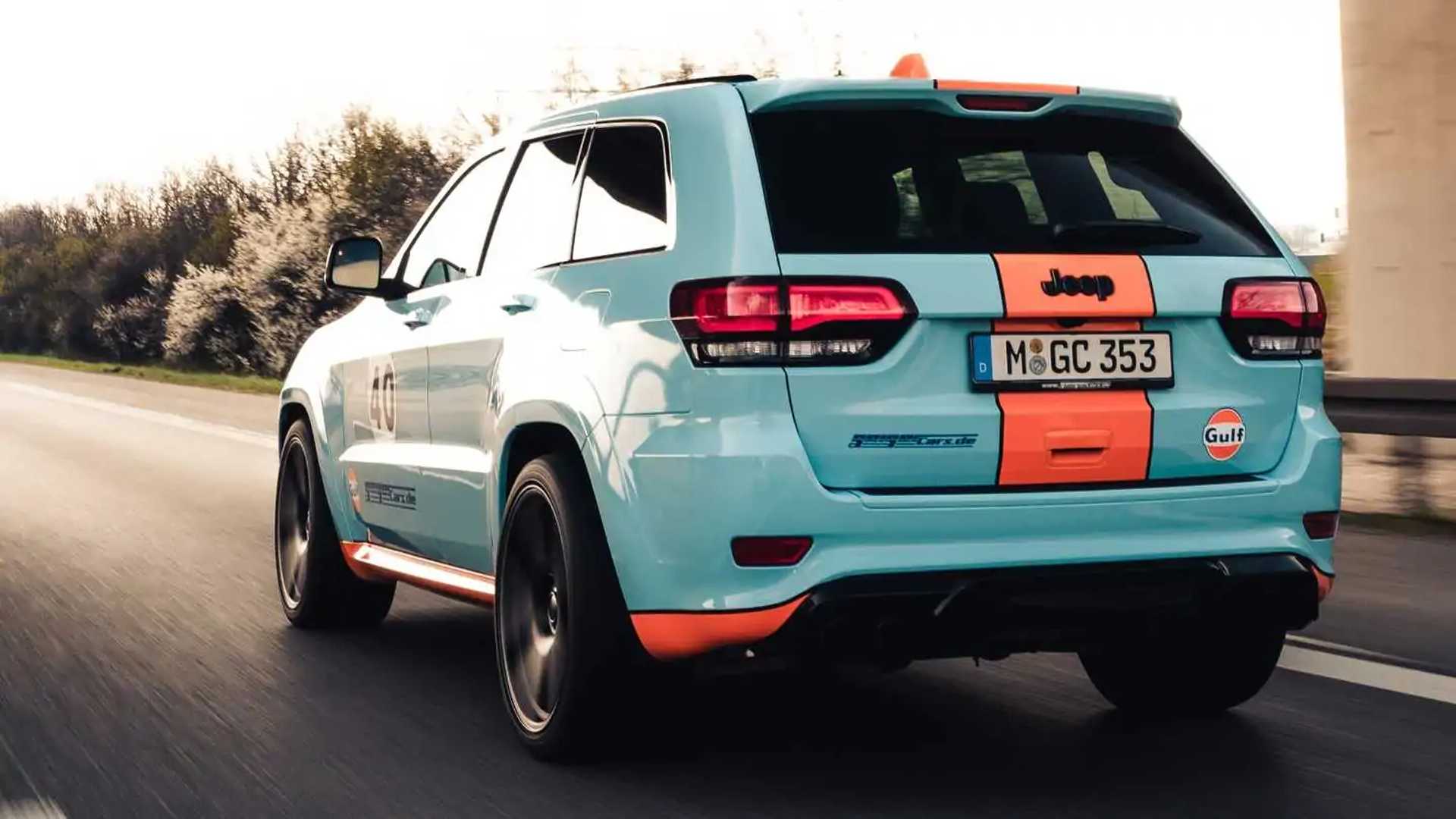 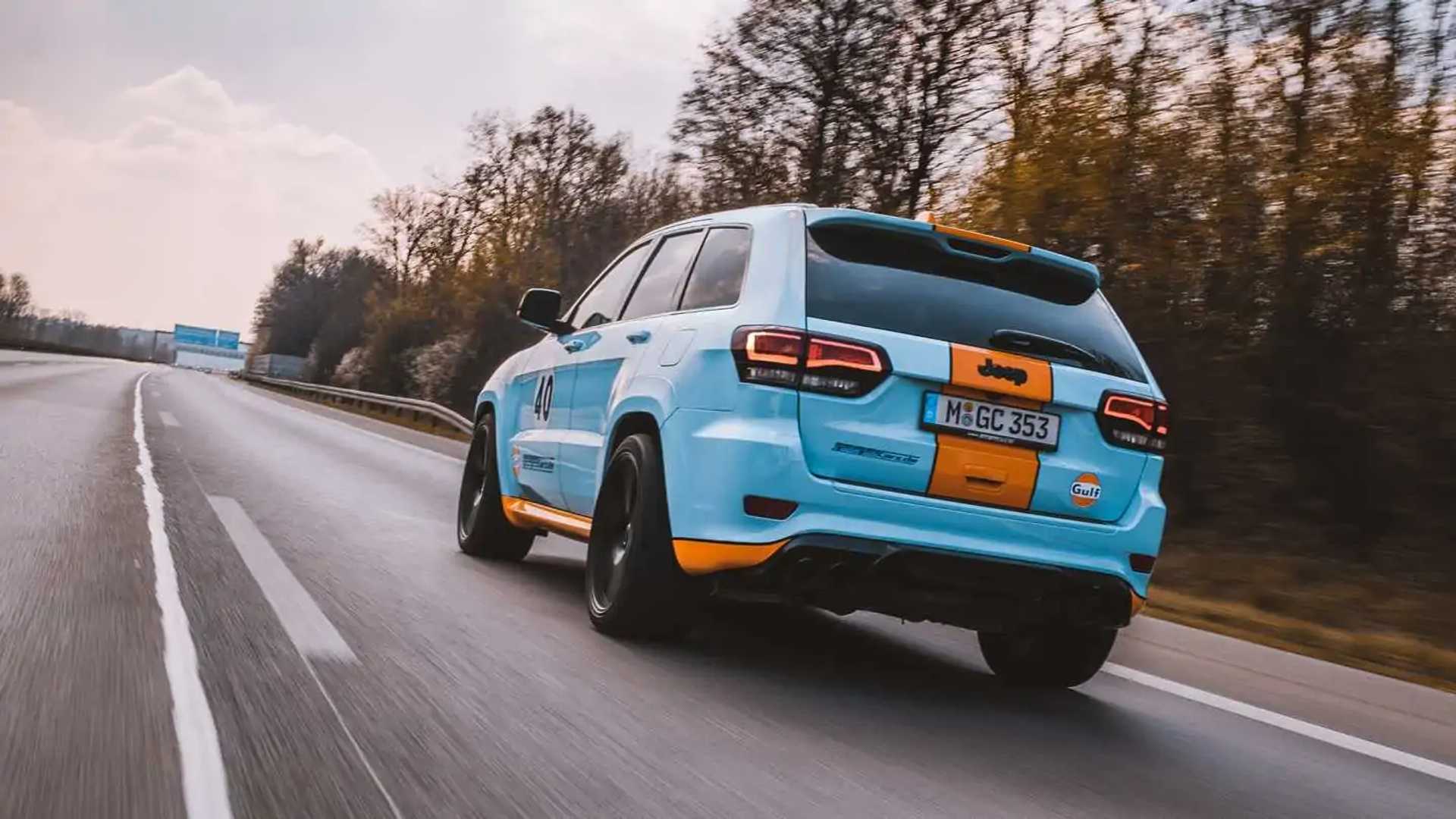 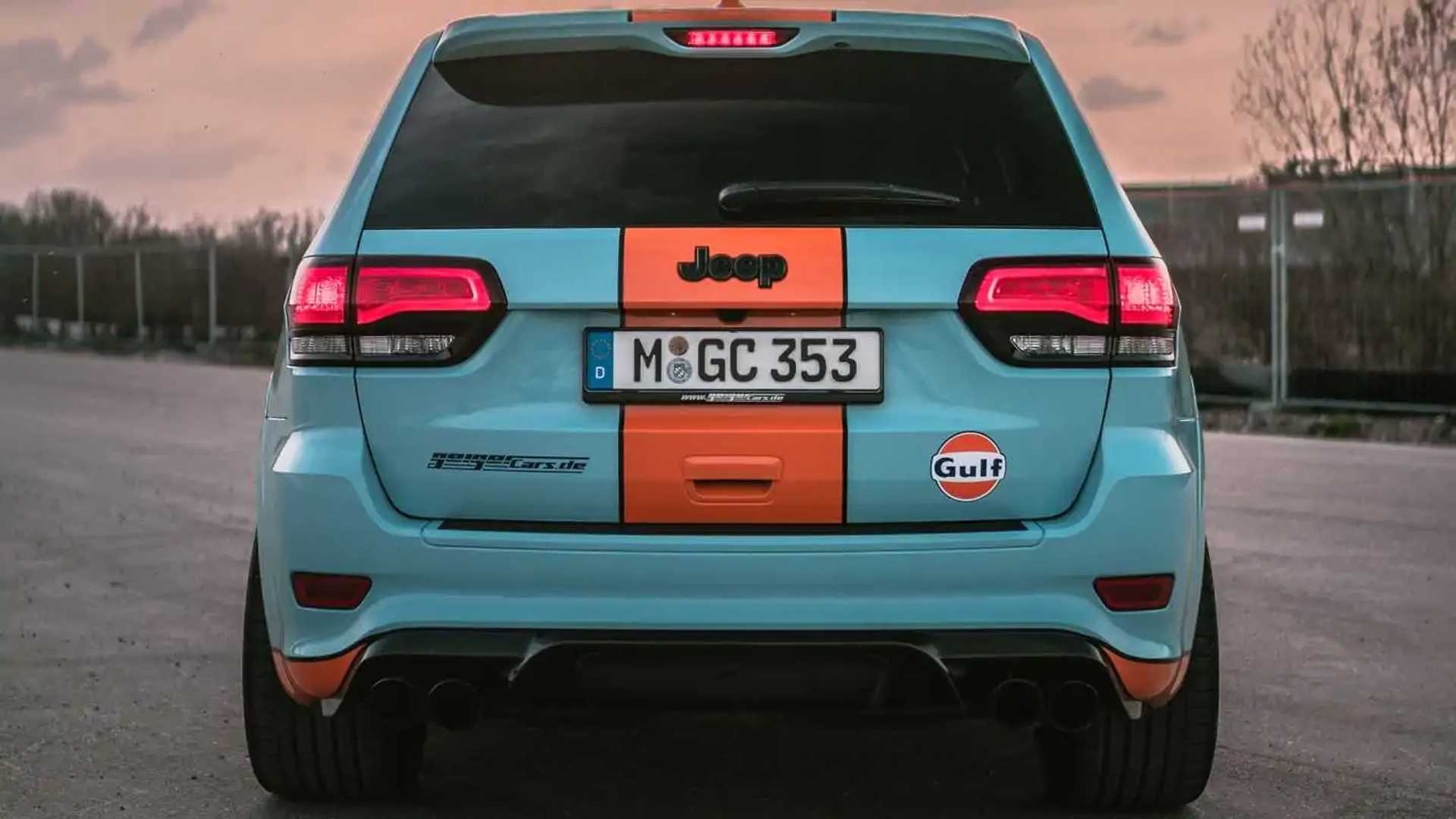 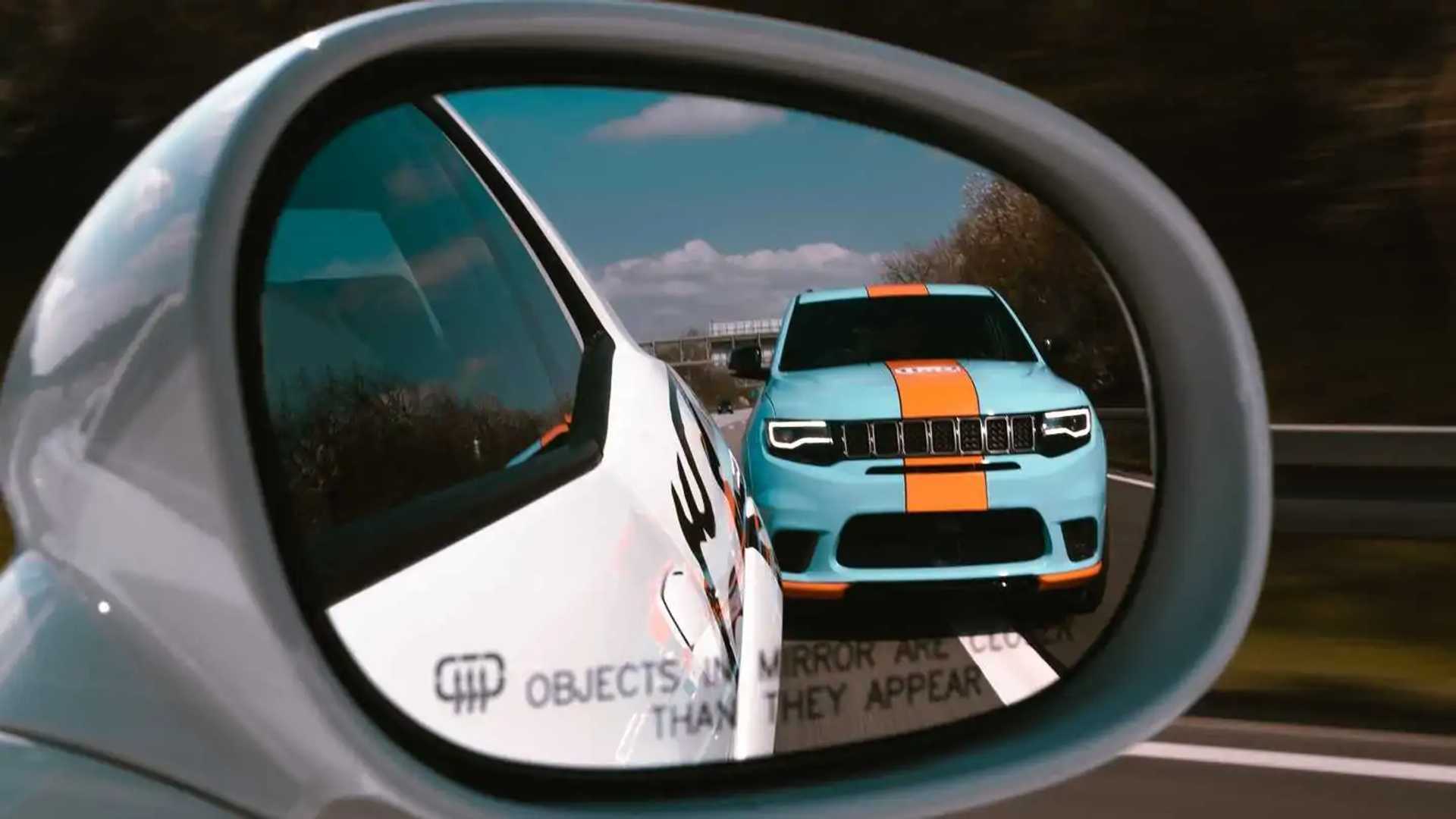 The high-performance SUV also gained 22-inch black alloy wheels complimented by a set of suspension lowering springs bringing the Trackhawk closer to the road by 25 millimeters (nearly one inch).

Not only did it freshen up the vehicle’s exterior, but GeigerCars also worked on the supercharged 6.2-liter V8, because at 707 horsepower, the flagship Jeep was obviously underpowered. All jokes aside, the tuner installed a custom supercharger with an increased boost pressure, a new air filter, forged pistons, and made other upgrades. The end result is an insane amount of power – 900 hp. In addition, torque has been lifted from the series 645 pound-feet (875 Newton-meters) to a mountain-moving 740 lb-ft (1,003 Nm).

As a result of the massive power gains, the Trackhawk is able to top out at 194 mph (312 kph), thus making it faster than even the Lamborghini Urus and the Bentley Bentayga Speed.

If your bank account can handle it, GeigerCars has this exact SUV up for grabs as “barely used” for a hefty €129,000, which works out to about $144,000 at current exchange rates.