Still a Viable Fuel Delivery System, Here’s What You Need to Know When Picking One

It’s true that carburetors are considered “old school” and aftermarket electronic fuel injection is considered state of the art and is continuing to grow in popularity. The obvious advantage of electronic fuel injection is the ability to “self tune” to keep air/fuel ratios in a prescribed range. On the downside the most often heard criticisms of EFI are initial cost, complications in installation, including wiring and fuel system modifications, and the fear of “programing” changes that may be necessary to fine-tune the system. In contrast to the complicated nature and expense of EFI, carburetors are affordable and relatively simple. In most cases carburetors are easy to tune and there isn’t much to go wrong. In short, they’re simple, but just because something is simple doesn’t mean it’s not effective.

Invented in the mid 1800s, carburetors have certainly undergone refinement since then but they remain dependent on one thing to deliver fuel: the vacuum that is created to draw fuel into the air flowing into the engine.

Basically, all contemporary carburetors work the same way and have five distinct systems (six, if you count the choke):

Float: The float maintains a constant level of fuel in the float bowl, and while it seems to be a simple system, it has to function correctly to maintain the proper air/fuel ratio. If the fuel level is too high, the engine will run rich and may even flood. Too low and the engine may run lean.

Main System: When the engine is running, it draws air down through a restricted area called a venturi. A low-pressure area is created while the fuel in the float chamber is exposed to atmospheric pressure by a vent. As there is more pressure in the float chamber than the venturi, fuel flows through a restriction called a jet and is discharged into the airstream. The airflow through the venturi is controlled by the position of the throttle valves (as well as engine speed); the maximum amount of air the carburetor can pass is its cfm rating.

Enrichment System: When an engine is under a heavy load, a richer air/fuel ratio is needed to produce maximum power, so most carburetors have some sort of enrichment system. Some carburetors use a power valve, which is basically an extra jet that opens to supply more fuel when necessary, or tapered metering rods that fit into the jets and can vary the size of the orifice(s), as necessary. Enrichment systems may be mechanically or vacuum controlled.

Accelerator Pump: If you’ve ever looked down a carburetor as the throttle was opened (hopefully when the engine wasn’t running), you probably saw a squirt of fuel being discharged into the venturi. When the throttle is suddenly opened, the air accelerates and in effect leaves the fuel behind for an instant. As a result, the engine goes lean and stumbles. The accelerator pump’s squirt prevents that from happening.

Choke: Use to provide a richer mixture when the engine is cold.

Along with the normal systems found in carburetors, more advanced designs include additional features:

Dual Feed: That simply means that carburetors with dual float bowls each have a line delivering fuel.

Four-Corner Idle: In “standard” four-barrel carburetors the idle system and adjustment screws are only found on the primary side of the carburetor. Four-corner idle adds an idle system and adjustment screws to the secondary side. This is particularly useful on engines that would otherwise need excessive throttle blade openings (thereby exposing the transfer slots) to maintain the necessary idle speed.

Air Bleeds: Just about all carburetors have air bleeds (also called emulsion tubes). Their purpose is to mix a small amount of air with the fuel before it’s drawn into the throttle bores. In standard carburetors these bleeds are a fixed size, performance carburetors have changeable bleeds as a tuning aid. There may be idle, intermediate, and the upper and lower ends of the high-speed circuit.  Air bleed not only impacts air/fuel ratios but the “timing” of when these circuits are activated.

Double-Pumpers: While most carburetors have an accelerator pump on the primary side, double-pumpers have them on the primary and secondary sides for improved throttle response.

Carburetor Sizing: This is a subject in itself, so at the risk of considerable criticism we’re going to make it as simple as possible. The old standby formula for carburetor sizing is: engine size in cubic inches multiplied by maximum rpm divided by 3.456. This formula would be for an engine that has 100 percent volumetric efficiency (VE), which is the measure of how much air an engine takes in compared to its theoretical maximum. Most stock engines are around 80 percent, modified engines can reach 100 percent or more, so VE has to be taken into consideration as well. As food for thought, there is another theory on carb sizing put forth by some; that is, there should be 1 inch of vacuum at wide-open throttle with the engine at maximum rpm. Anything less than 1 inch will result in poor atomization of the fuel, while above 1 inch means the carburetor is too small and is at a restriction. Keep in mind that what the engine draws is the determining factor not the carburetor, unless it’s too small—going bigger will not increase airflow if the engine can’t pull it.

New Carbs on the Block: FST certainly believes in the viability of carburetors as they offer eight distinct categories of their American-made mixers, ranging from their 600-cfm RT single-feed with side floats, electric choke, and vacuum secondaries for right at $300. On the other end of the spectrum is the 1,450-cfm Billet Excess Pro dual feed with center hung floats, mechanical secondaries, dual accelerator pumps, and the choice of three- or four-circuit air bleed options to provide the upmost in tuning options for competition environments. Of course it’s a little more spendy, close to $1,300, but for all-out racers it’s a bargain.

The top of the line are FST’s billet carburetors. Not only do they offer a wide range of tuning options, they’re beautiful to boot. As the name implies all are machined from billet aluminum. The Billet X-treme is available in 650 and 750 cfm with vacuum or mechanical secondaries. The rest of the line, the Billet X-treme Pro, Pro Billet Excess, and Billet Excess Pro range from 750 to a mind boggling 1,450 cfm. These carburetors are for serious competition and expert tuners.

Keep It Simple: When picking a carburetor for the street, less cfm can be more. Resist the temptation to go too big as throttle response and driveability will suffer. For a driver, a choke is advisable to help cold weather starts and the choice of vacuum or mechanical secondaries often comes down to personal preference, although for street use vacuum secondaries are more “forgiving” and may reduce low-speed stumbles when the throttle is floored. 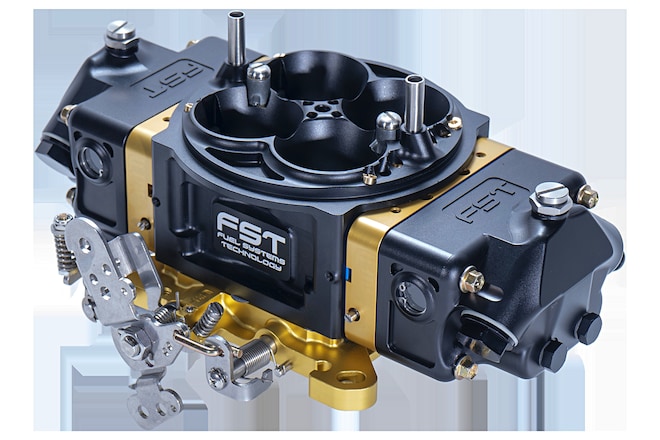 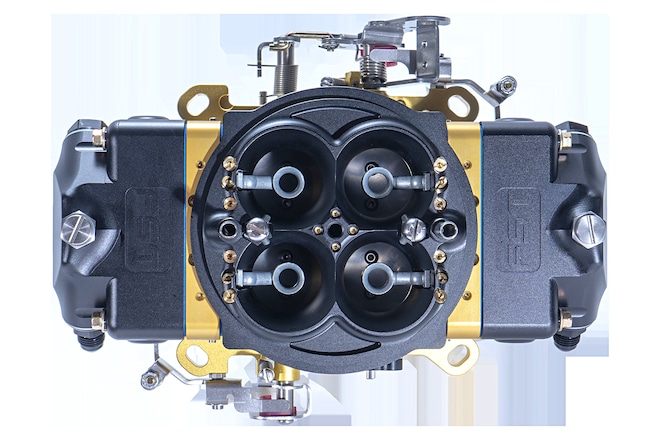 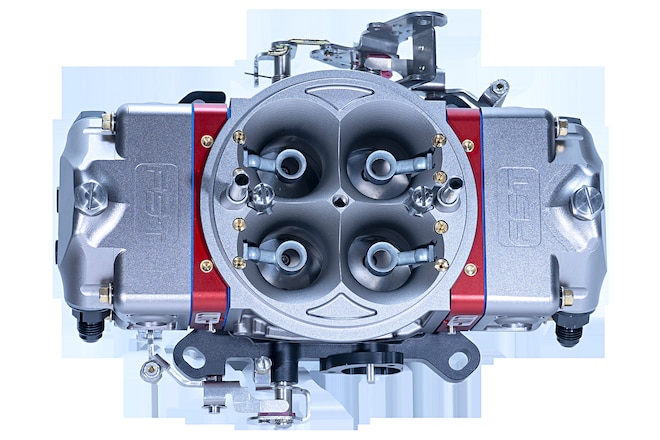 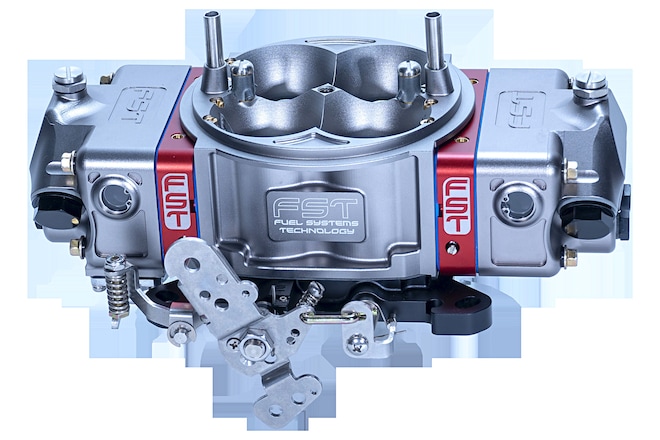 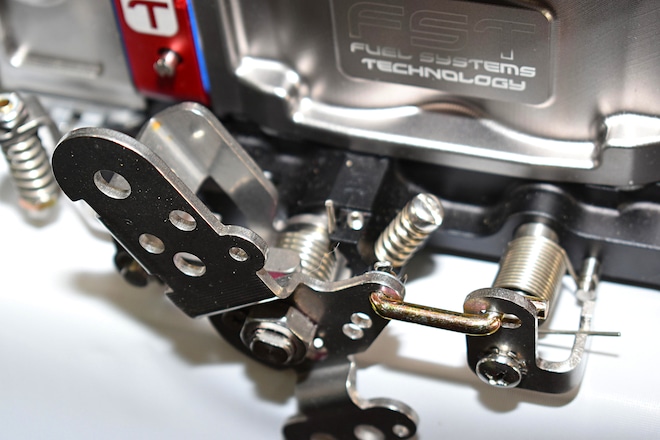 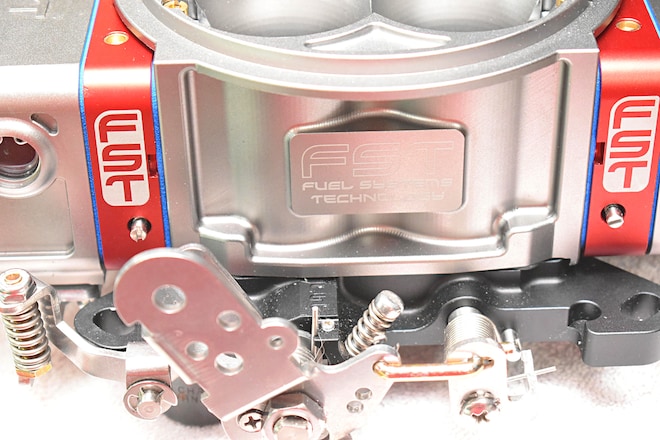 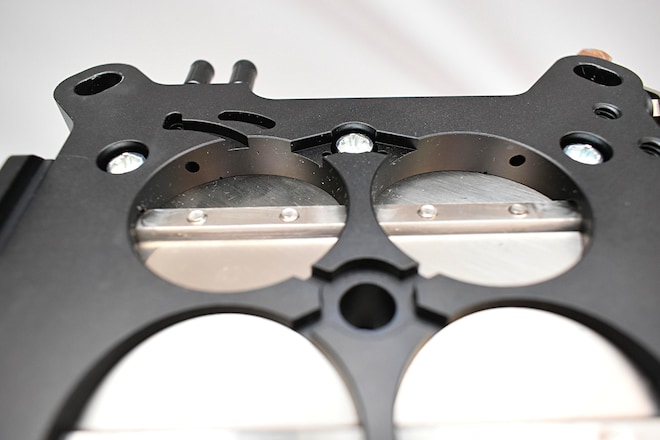 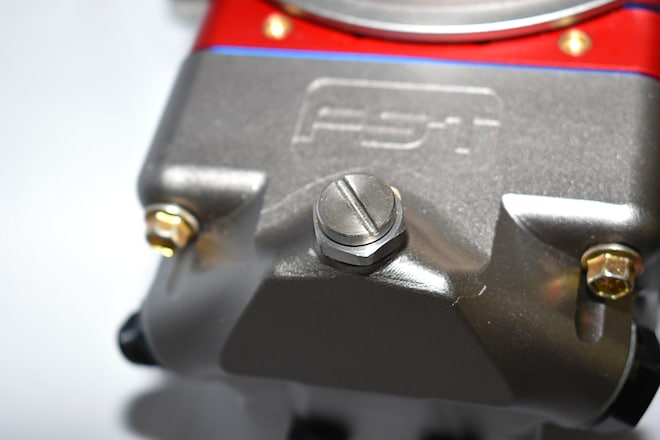 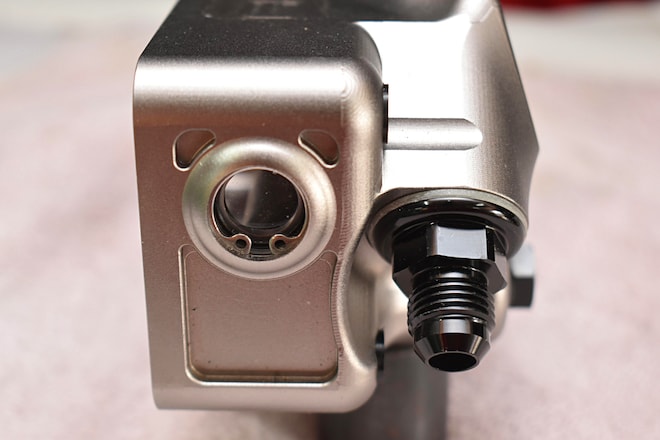 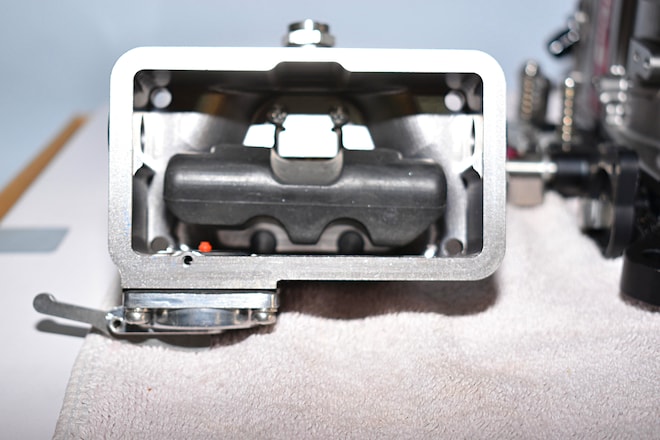 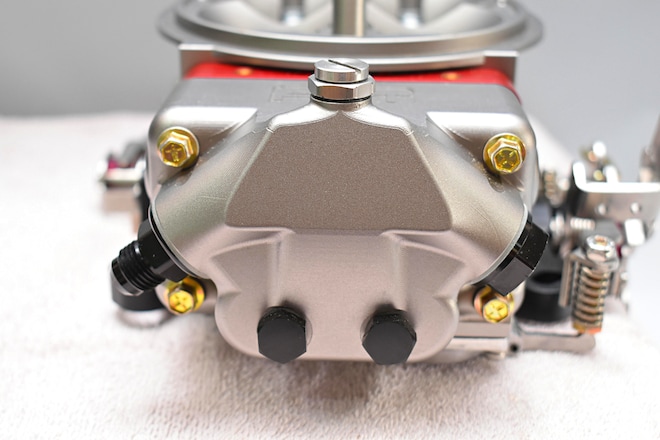 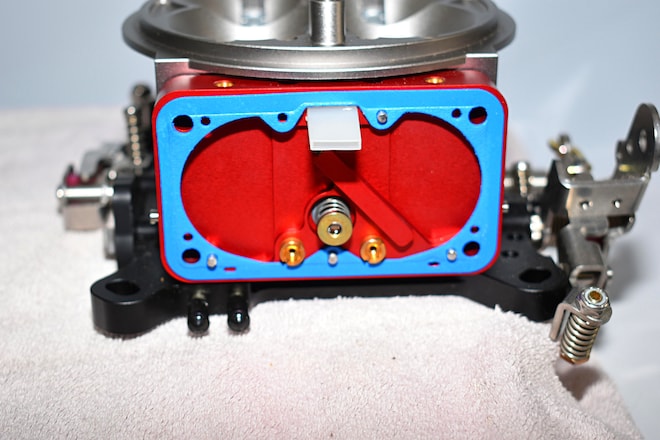 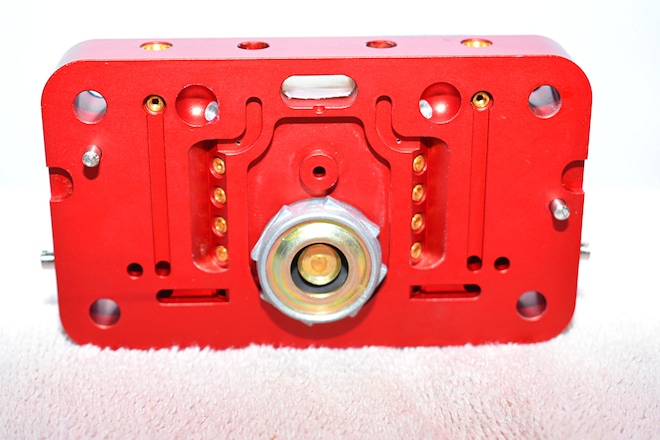 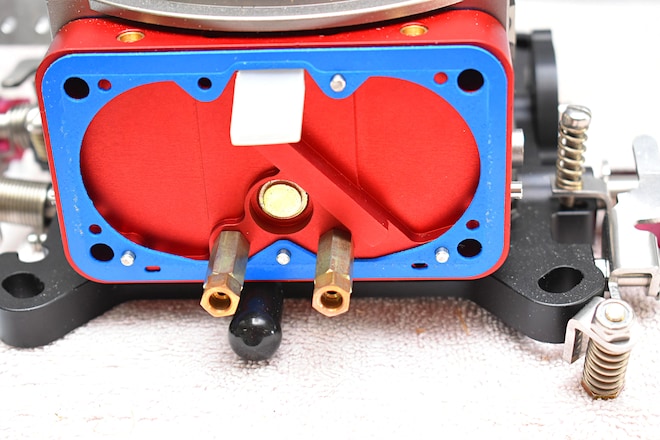 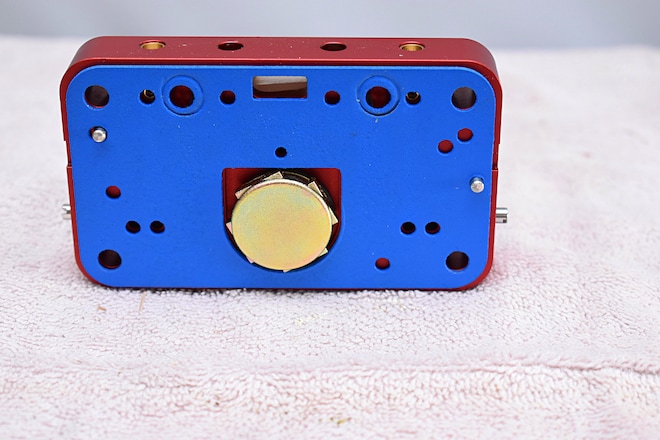 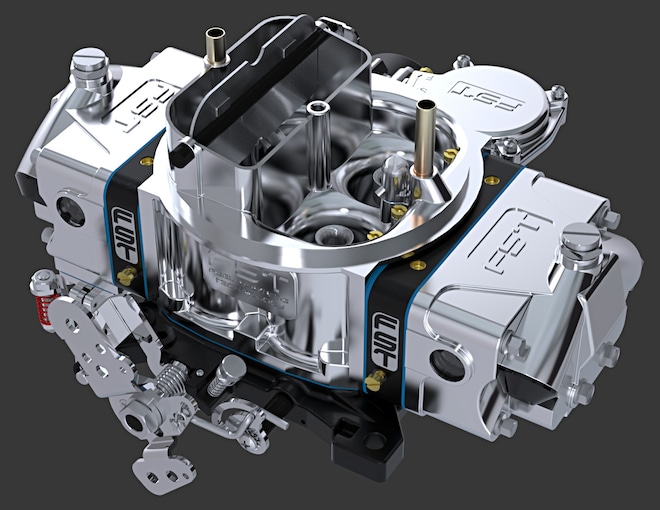 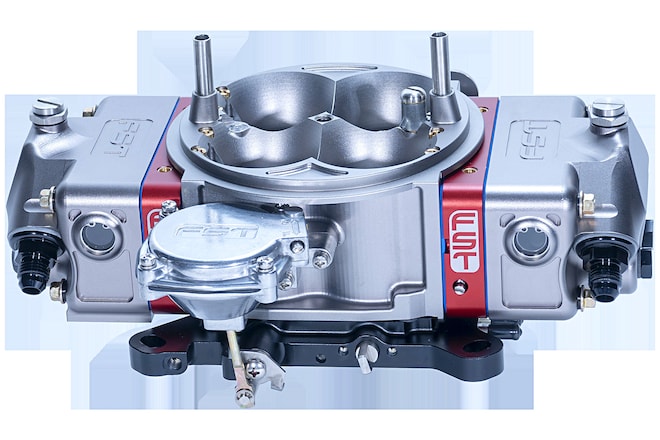 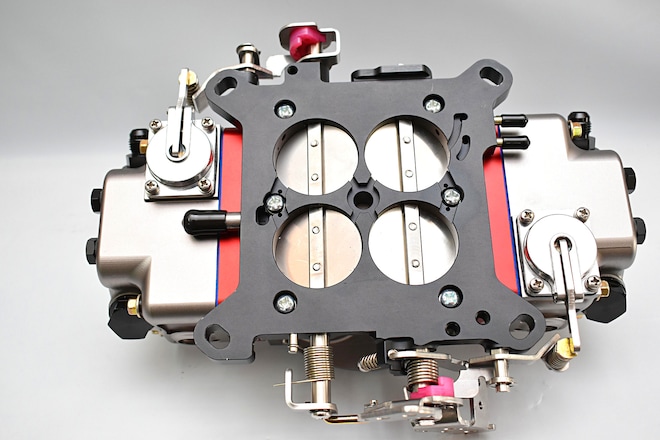 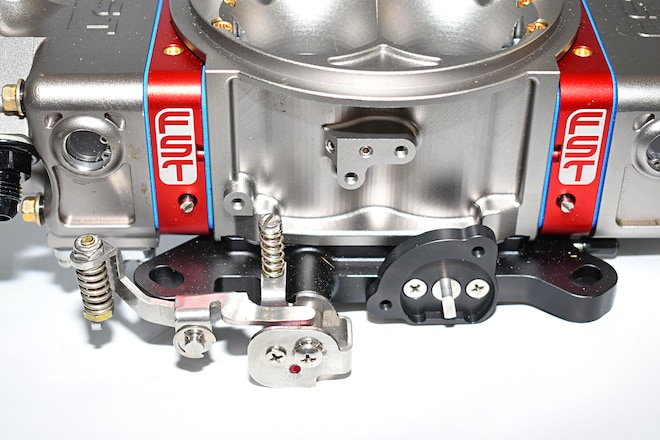 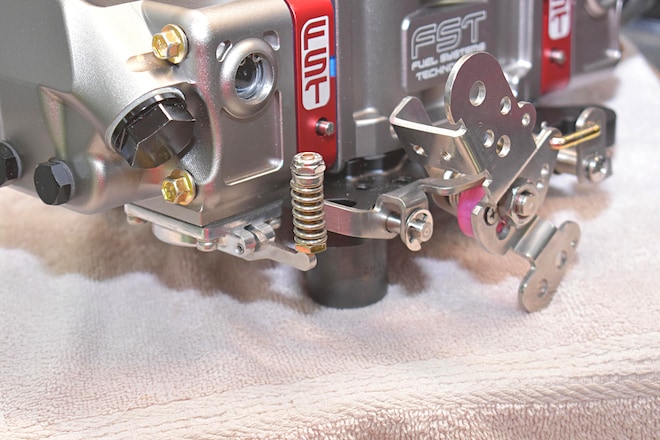 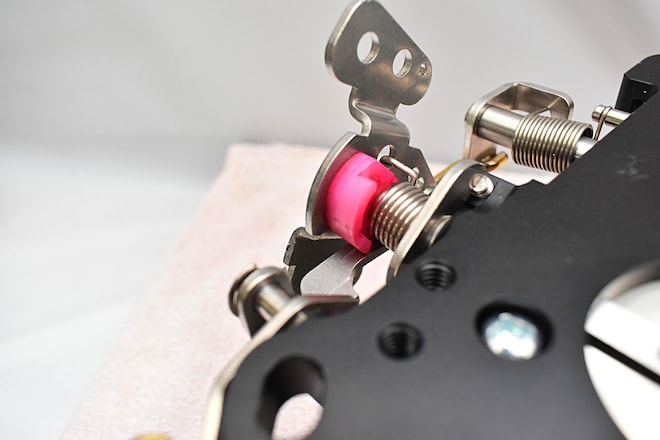