South African rider Sheridan Morais will make his first World Superbike since 2016 when he takes part in this weekend’s Estoril season finale.

Schieb crashed heavily during last month’s Barcelona round, injuring his right shoulder, and targeted a return to action at Estoril after undergoing surgery.

His place was taken by Spanish Superbike regular and WSBK novice Xavier Pinsach at Magny-Cours, and will be taken by Morais this weekend.

Morais previously contested a full season in WSBK back in 2014 with the Grillini Kawasaki squad, picking up a best finish of 12th that season, but his most recent appearance in the series came at Donington Park in 2016 (pictured top), where he replaced Josh Hook for one round – although he ended up not starting either race that weekend.

Since then, the South African has been active in World Supersport, Moto2, where he made three starts in 2018 as a wildcard, and the FIM Endurance World Championship.

Debut for Cresson, another chance for Ferrari

Elsewhere on the WSBK grid, Belgian rider Loris Cresson is set for his WSBK debut this weekend with another Kawasaki team, Pedercini Racing.

The squad’s regular rider Sandro Cortese has been on the sidelines with injury since his crash during August’s Algarve round, and since then his place on the Pedercini ZX10-RR has been occupied by Roman Ramos and Valentin Debise.

Cresson makes the step up to WSBK from World Supersport, where he has been racing since 2016, with a best finish of 11th so far during this year’s campaign.

Another change for Estoril is that last year’s MotoE champion Matteo Ferrari will be back for his second outing of the season with Barni Racing.

Ferrari made his WSBK debut when he replaced the injured Leandro Mercardo at Motocorsa Racing at Aragon in September, also on a Ducati (below), but this time he is standing in for Samuele Cavalieri, who is away on Italian Superbike duty this weekend. 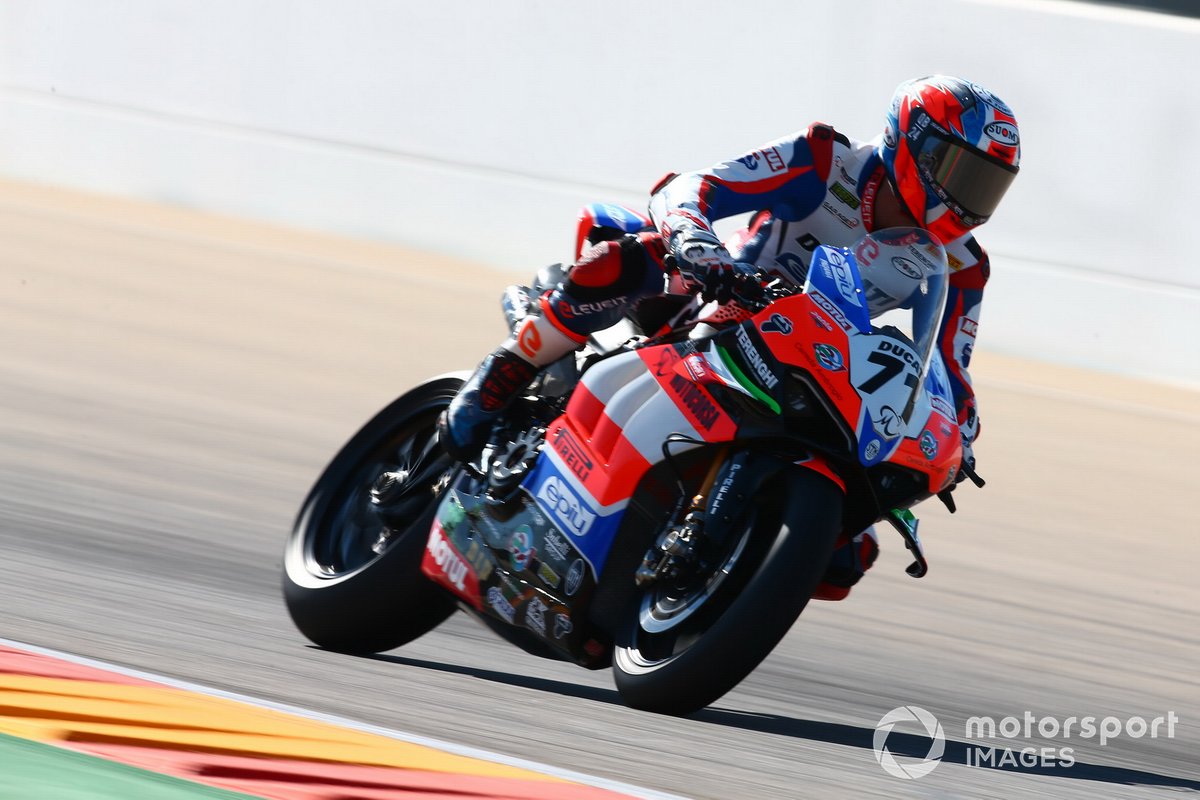