For a decade now, Toyota’s NHRA Funny Car has been based on the Camry. Even with a TRD edition, though, it just isn’t the sportiest car out there. Apparently, Toyota Motorsports North America has decided it’s time for a change, too.

For the 2022 season, the automaker has decided to go with a different model in its lineup: the GR Supra. Now, this doesn’t mean much, if anything, in terms of mechanical changes—when we said the previous car was based on the Camry, we mean its fiberglass body shell loosely resembled the production car. However, it is a significant change for Toyota, and at the very least the new body did apparently come with some safety upgrades. Also, check out the side-by-side photo. That’s why they call them Funny Cars. 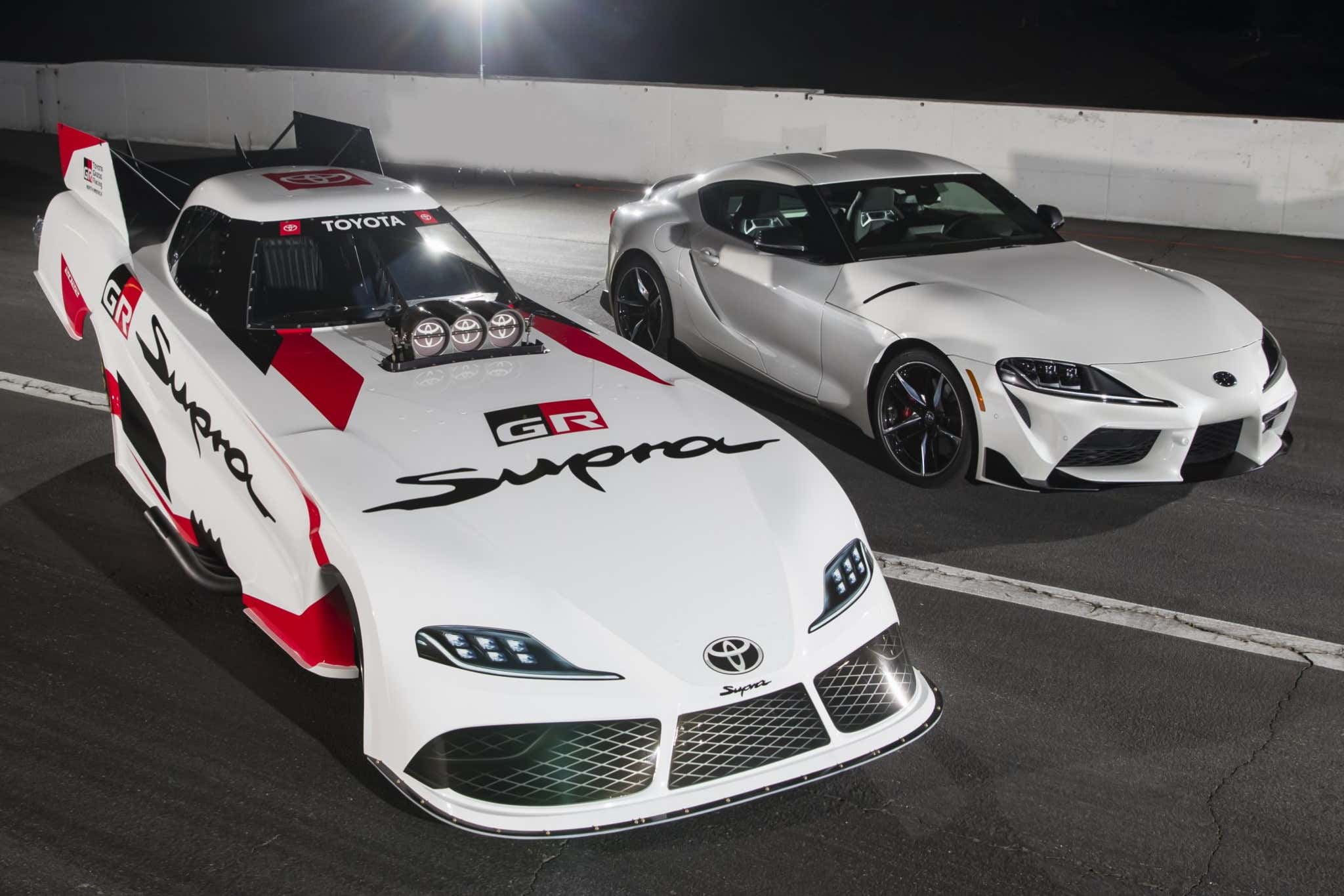 For those who don’t know, Funny Cars are a lot like Top Fuel dragsters, except the engine’s in the front and they have composite bodies that resemble production cars. There are, of course, a slew of other NHRA regulations to go along with this basic configuration change, but that’s the gist. Over the years, Toyota has run a number of different bodies meant to resemble its vehicles from the Celica to the Solara. Now’s the Supra’s time to shine.

Along with its new looks, the Supra body is also safer than its predecessor. More impact-absorbing foam has been added to the cockpit, and visibility has been improved as well. It needs to be safe, as Funny Cars are some of the fastest dragsters on earth. With around 11,000-horsepower on tap and run times in the 3.7-second range, these beasts are absolutely no joke. By the time the 1,000-foot race distance is dispatched, they’re traveling in excess of 330 miles per hour. 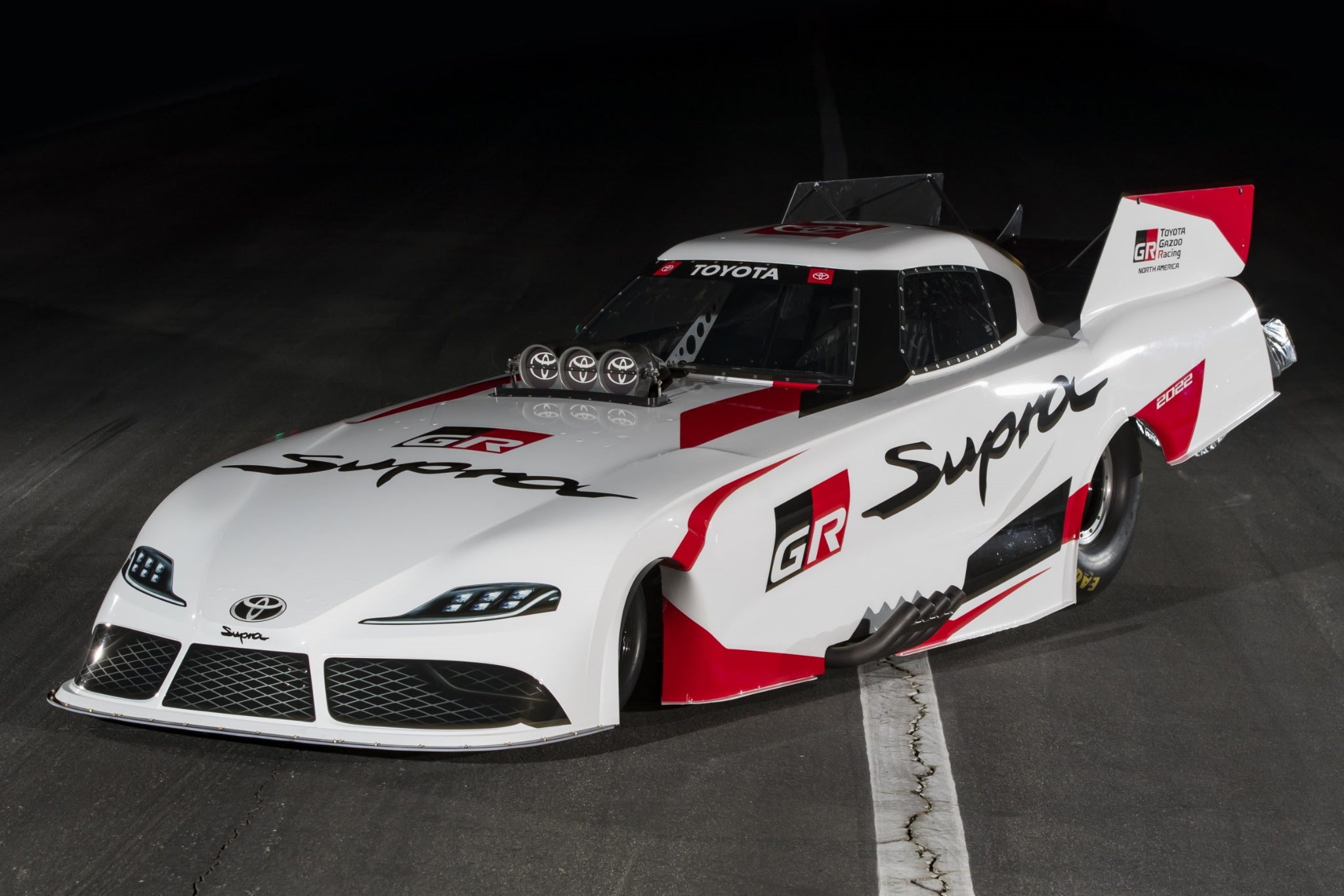 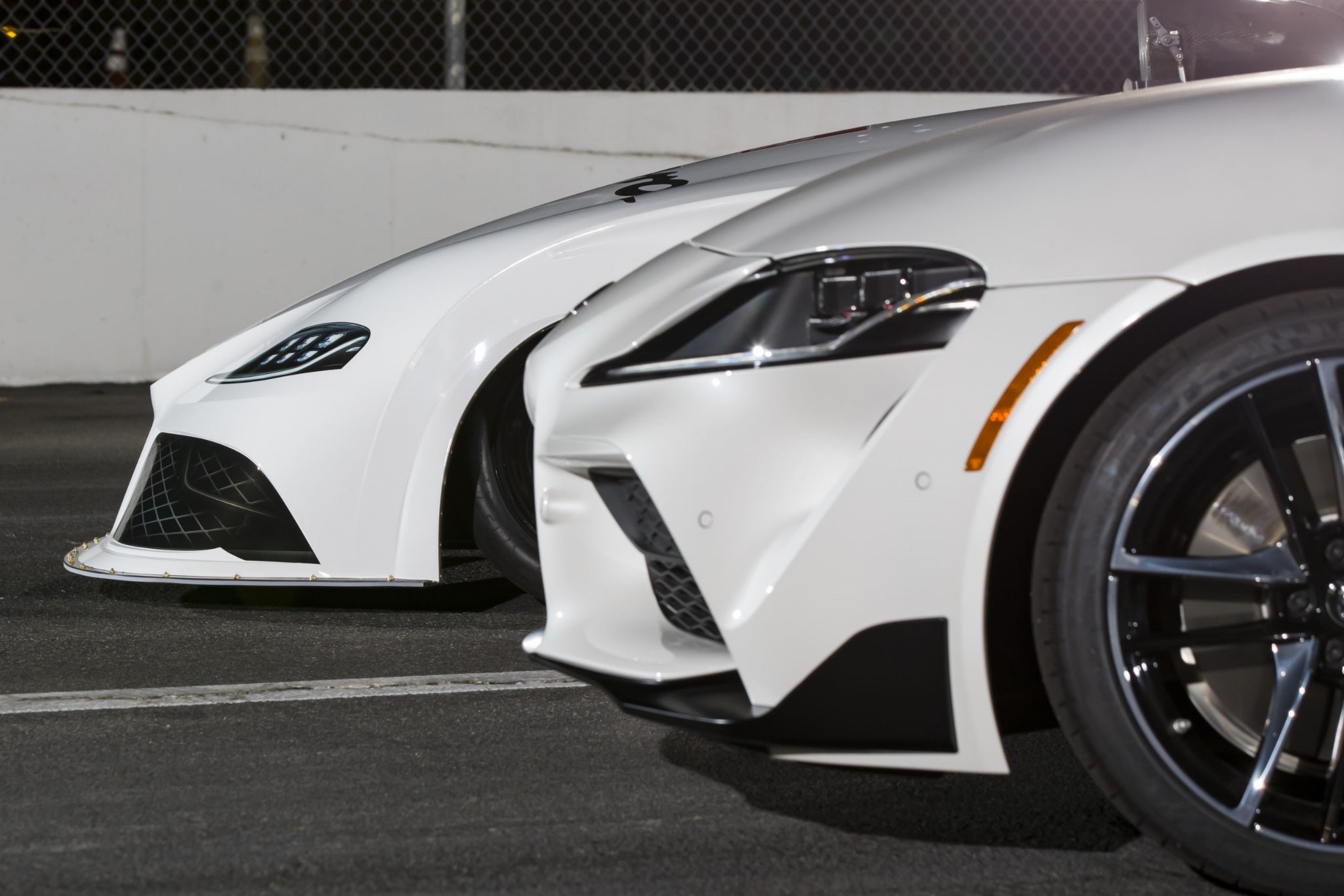 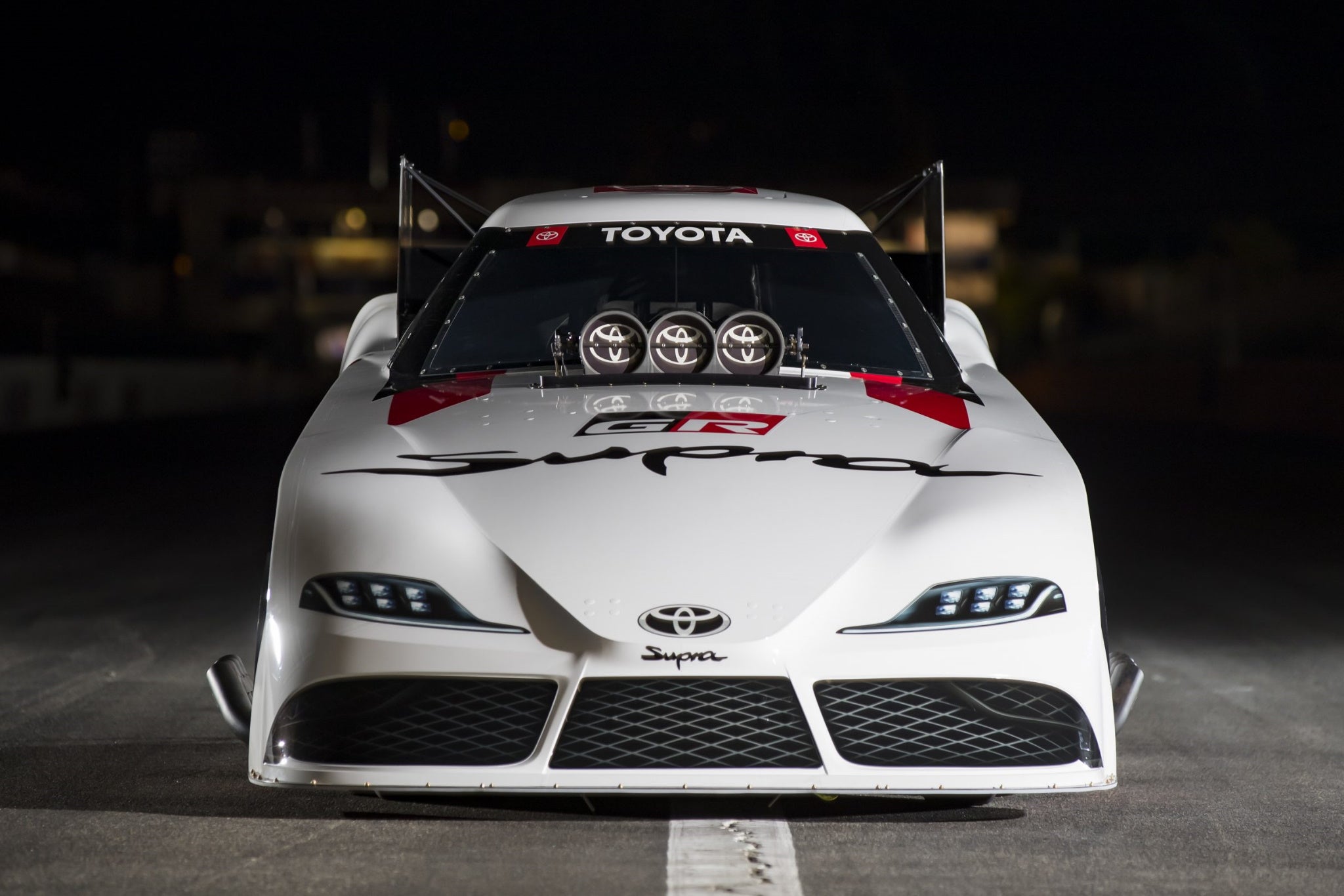 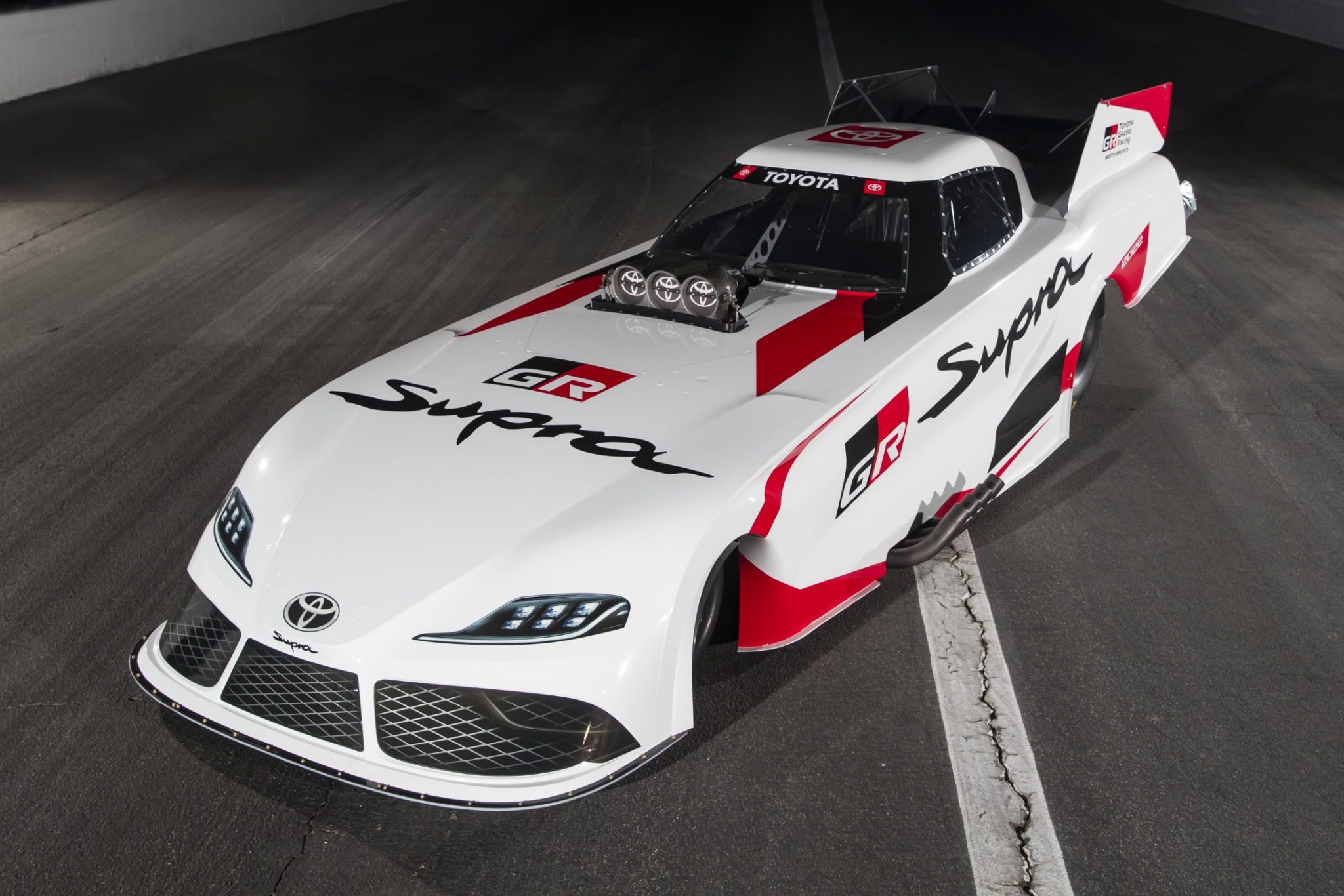 If you wanna witness that sort of speed and power, the Supra can be seen in action for the first time at the Funny Car 2022 season kickoff event in Pomona, California in February.