SUPER GT’s planned visits to Thailand and Malaysia next season remain in the balance, with GTA chairman Masaaki Bandoh promising a decision on whether the races will go ahead by December.

In August, SUPER GT revealed a provisional eight-round 2021 schedule that featured both the Buriram and Sepang tracks, having had to cancel its visits to the Southeast Asian venues this year owing to travel restrictions imposed in the wake of COVID-19.

However, with the ramifications of the global health crisis looking likely to drag on well into next season, Bandoh admitted in his regular press conference at Suzuka last weekend that further changes to next year’s calendar are possible.

“Regarding Malaysia, the local Ministry of Tourism says we will be welcome from July next year, but whether we should suddenly go there to race in July, or if the promoter can hold the event, is something we’re thinking about now,” said Bandoh.

“Thailand is also in a very difficult situation when it comes to travel from Japan. By around December this year, I want to make our intentions clear about overseas races.

“There’s the question of what do about the Japanese races, and there’s also the issue of the Olympics [set to be held in Tokyo in 2021], so I think we will ask the FIA about modifying the calendar. Under these circumstances, there may be calendar changes.”

The three Japanese tracks that dropped off this year’s heavily revised calendar, Sugo, Autopolis and Okayama, are all set to return in 2021.

Bandoh also took the chance to reveal that Honda, Nissan and Toyota have agreed to a development freeze in GT500 for next season in order to help reduce costs, with exact details about which areas will be restricted still being worked out.

“Currently we are considering specifically what should be frozen in relation to the car body, aerodynamics and engine, and we plan to reach a final decision soon,” he said.

“The extent to which the development freeze will be lifted for 2022 will be decided based on looking at the first four races of 2021.”

Additionally, Bandoh confirmed the GTA’s plans to restrict off-season testing, which he discussed at the previous SUPER GT round at Fuji, saying that GT500 teams will only be allotted around half of their usual running before the start of official testing in March.

One of the other knock-on effects of the COVID-19 pandemic this year has been to eliminate SUPER GT’s traditional long-distance races, with every event running to 300km.

Bandoh admits that the Fuji 500-mile fixture is unlikely to return next year.

“Due to the freeze on development, I think it will be hard to do a 500-mile race,” he said. “We are thinking about doing a 500km race [as the longest race].” 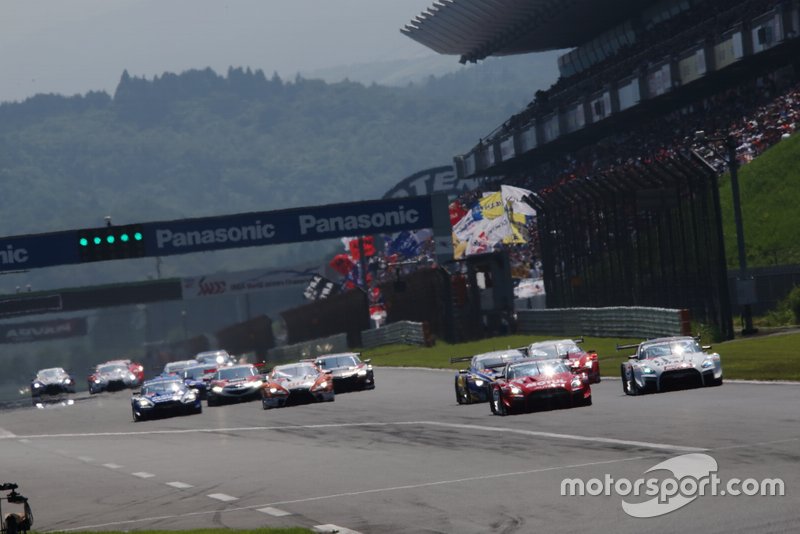