After 190 races in Formula 1, Sergio Perez—who might be unemployed after next weekend—has won for the first time. And while that’s a massive deal in its own right, it’s accompanied by yet another Cinderella story. We’re talking about George Russell, the 22-year-old plucked from Williams to sub for a COVID-19-infected Lewis Hamilton, who has absolutely dominated the season and wrapped up the championship long before Dec. 13’s season-ending Abu Dhabi Grand Prix.

First, Perez: As the first Mexican driver to win since 1970, he made this weekend’s race—the Formula One Bahrain Grand Prix in Sakhir, to be precise—downright joyous compared to last Sunday’s event and Romain Grosjean’s miraculous escape from a downright unsurvivable crash. That was joyous, too, but a different kind from seeing a podium full of racers who seldom get to stand on the three coveted steps and spray champagne in the best Dan Gurney tradition.

Perez and third-place racer Lance Stroll both drive for Racing Point, which Stroll’s father finances. Their pink cars are distinctive, and the two drivers looked like bottles of Pepto Bismol on the podium, but their genuine happiness, as well as that of second-place Esteban Ocon, was profoundly refreshing.

“After the first lap the race was again gone—same as last weekend,” said Perez, who was hit by the charging Ferrari of Charles Leclerc on Sunday and suffered a late MGU-K failure during the previous race. “But it was all about not giving up, recovering, going for it, just making the best of what you possibly could. This season the luck hasn’t been with us, but we finally got it.”

“I think today we won on merit,” Perez continued. “Yes the Mercs [sic] had some issues but in the end, my pace was strong enough to hold George [Russell] who did a fantastic race today.” 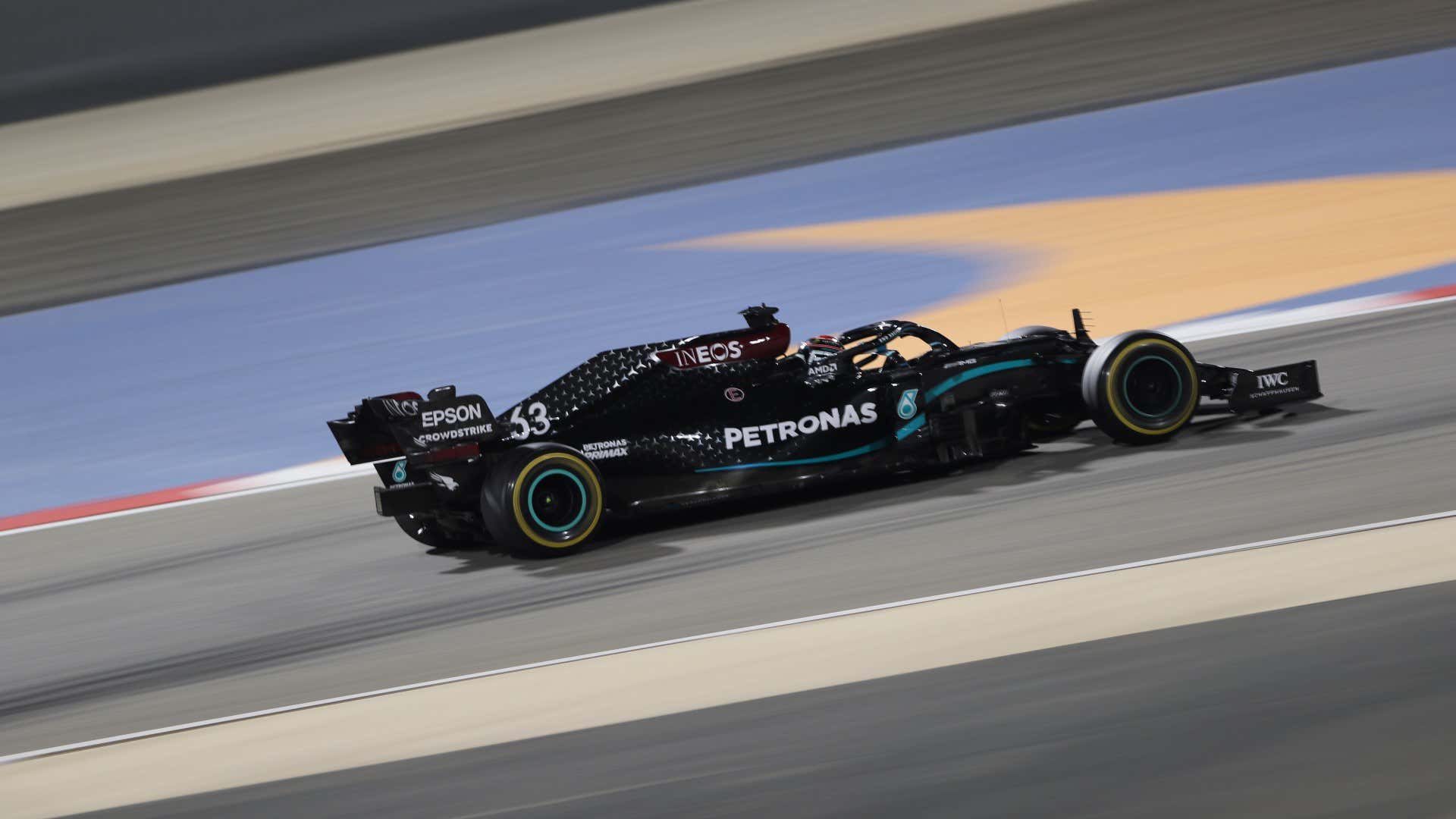 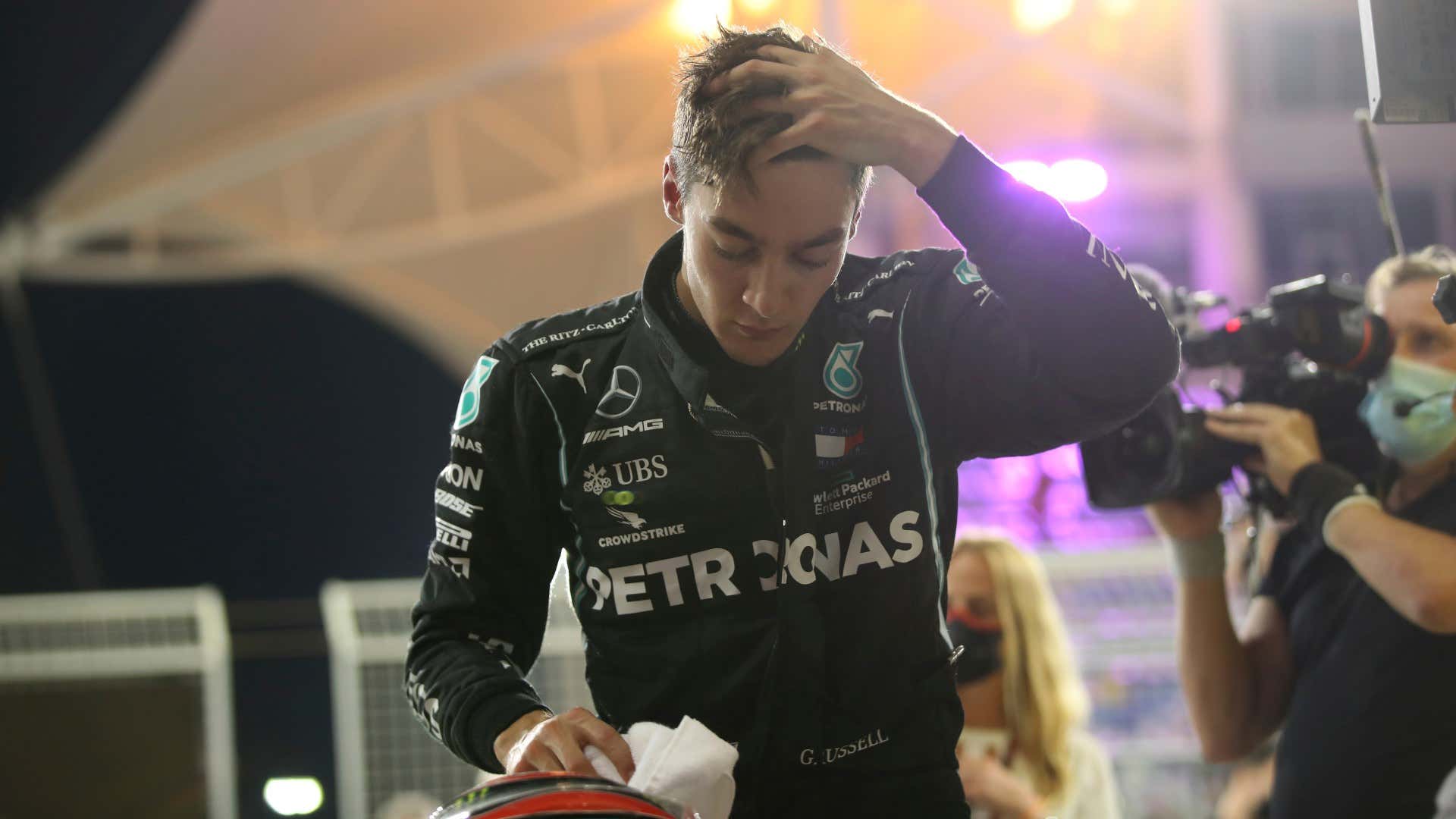 Make no mistake, we’re looking at history being made every time Hamilton spanks the field. But having him out of the race and Englishman George Russell in his Mercedes seat made for magical motorsport, the young driver taking an early lead and maintaining that spot for more than half the race until a botched tire stop dropped him back in the field. This left him to fight his way back into the points, setting the fastest lap of the race after he pitted again for proper tires. His disappointment over the missed opportunity when the pit stop put them “on the back foot,” he said, coupled with a late puncture, but it would be an understatement to say he showed ‘em what he can do in Hamilton’s black Petronas Mercedes.

Russell had outpaced Mercedes regular Valtteri Bottas by as much as three seconds without the aid of a pit cycle, showing his true speed in what’s inarguably the grid’s best car. Had it not been for the failed double-stack and the subsequent additional stop to get the right tires, he’d likely have continued his assault on the field. Still, there’s the possibility that he may return for the Abu Dhabi Grand Prix if Hamilton isn’t cleared by then, and Russell explained over team radio post-race, “I hope we get this opportunity again.”

As for who Russell is: He came up through karts, working his way up to and eventually winning the Formula 2 championship. All of his F1 experience before this weekend has come with the backmarker Williams team, ending 2019 as the only driver not to score a single point all season. His 2020 campaign hasn’t been much better, actually crashing out of one race while following the safety car. His biggest problem was trying to go fast in a slow car, and that often ended badly.

But when Hamilton got COVID, Russell was plucked from the ranks to get the best seat in the house. Even with a ninth-place finish, scoring three points—two for the finish, one for the fastest lap—and leading the most laps, you can bet he’s earned respect in the paddock, and you have to wonder if he might find himself at the Mercedes A-team once his Williams contract runs out at the end of 2021.

Next and last for the F1 season: Abu Dhabi next Sunday.