One of the first questions Sebastian Vettel was asked at his media availability today in Mugello, Italy, was whether or not he was close to retiring from Formula 1 before signing with Racing Point for 2021.

Turns out, it was very close.

The couch and the kitchen were starting to sound pretty good.

“Close,” Vettel said. “I don’t know. Is there a measure for how close you can get? It was close in terms of having a lot of thoughts, and deciding ultimately I have to put myself first in that regard. What’s best for me. What I’ve decided now I believe is the best for me. I look forward to proving that.”

Moving from Ferrari, Vettel’s one-time dream gig, to Racing Point would have been unthinkable even a year ago. But it appears that that the two teams are now on different paths going in different directions. On Thursday, Racing Point made it official that Vettel will replace Sergio Perez at Racing Point to drive alongside Lance Stoll for 2021.

Racing Point, which will be re-branded as Aston Martin in 2021, has passed Ferrari in the F1 Constructors’ Standings for 2020. Going into this weekend’s F1 Tuscany Grand Prix at Mugello, Racing Point is fourth in the standings, while Ferrari is sixth.

Ferrari has not finished lower than fourth in the standings since 1981.

“Well, it felt like the right thing to do, obviously,” Vettel said. “I’ve spent the last weeks and months thinking a lot about my future, what is the best thing for me to do. It’s been a bit short notice in terms of the announcement, but it feels good that the news is out.

“A lot of questions will probably stop now. We have to go through this phase, which is not a problem. I’ll get back to my job right now, before focusing on next year. It wasn’t an easy call. The last weeks and months have been quite intense for me.”

The most difficult aspect of Vettel’s shocking announcement in May that he was leaving Ferrari was that he was leaving without a landing spot. There was no guarantee that the parachute to a soft landing with top team was going to open. Vettel wanted to stay in F1, but it had to be with a chance to remain competitive. 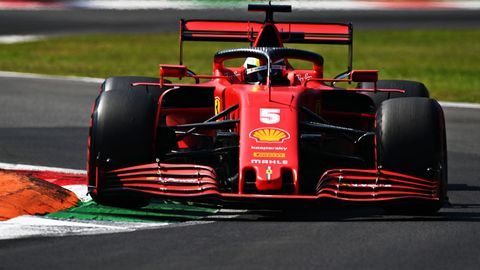 “It was a different and new situation to be in,” Vettel said. “I’ve put out from Day 1, that I wanted to remain in Formula 1 if there’s something that really attracts me. And the thing getting more clear was that (Racing Point’s) performances this year are very encouraging.

“Even more so is the fact that where the regulations are going, hopefully a more and more level playing field. I think it will be a lot of firsts and the first time for the team to be in a position to have probably the same money as other teams and show what they are capable of. Anything I can do to help, I’m very excited about and looking forward to it. Things are coming at the right time.”

“I’m still at Ferrari and we have a big weekend ahead of us,” he said. “I want to make sure that I do the best job that I can for the team. Time will tell, but I have a good feeling. I’ve known some of the people (at Racing Point) for a long time, and where the team is going I think is a very positive trend. The results this year have been encouraging.

“I obviously want to race at the front of the grid and not the back of the grid.”

“I think with where Formula 1 is planning to go in the next years, it could be something really exciting. To be back with Aston Martin in Formula 1 is probably one of the most exciting things to happen. It’s great to be part of that.”

No details of length of contract were made available.

“I think if you are fair with the judgement, Mercedes has the edge over everybody,” Vettel said. “That’s not just valid for next year, but I think probably they’re in a very strong position next year and the years after that. But, it’s a very exciting challenge and I’m looking forward to it.

“I obviously want to race at the front of the grid and not the back of the grid. So, I think the team is giving me that chance. The team is ready to grow, and I’m happy to do those things together. If you look at next year, I think there’s still some exciting news.

“The fact that we will have the first year with the budget cap. We’ll see how it works and pans out, but I think the team this year is already in a much better place than in the past. It’s a team that is growing. Other teams have to go down in size, all the big teams. There’s lots of things that make me quite confident and happy. Only time can tell, but I think it’s a good step and I’m looking forward to it. It’s an exciting project and I’m sure we will fight for some good results in the near future. And in the future after that, we’ll see.”

While Vettel still has a few months of racing remaining with Ferrari, he was careful not to throw his current employers under the bus or go so far as predict that Racing Point will start next year ahead of Ferrari on the F1 grid or pecking order for podiums and wins.

“I’m looking forward to the change because I believe we can do well. It’s irrelevant where other teams will be,” he said. “I think it’s mostly, like always in life, looking after yourself, trying to control the things you can control, and the rest, we shall see. I believe (Racing Point) has huge potential.

“I think there’s some really good people on board, clever people, and I’m looking forward to helping show that those qualities are there and demonstrate it as well with results. Obviously, It’s always great if you have great results straightaway, but everything is a bit of a first time, so I’m looking forward to helping make that growth possible and enjoy the work that is ahead of me. 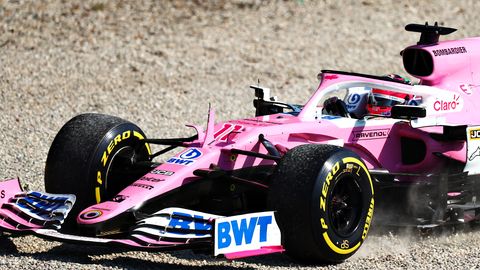 Vettel added that he’ll be leaving Ferrari with good memories.

“Naturally, I joined Ferrari not just to join Ferrari but to win championships,” he said. “Not just win races, but win championships and win it in the right way. Obviously, in that regard, you can say we have failed. We didn’t win championships. We had moments and highlights that I wouldn’t have wanted to miss.

“I’ve gotten to know people who have really helped me. I’ve gotten to make friends, potentially for life, so I don’t regret the years that I’ve spent with Ferrari. They are a big part of my life. Ferrari has a very special place because the way I grew up looking at Michael (Schumacher), him racing at Ferrari, so for sure I wanted to do better than I did, but I’ve certainly tried everything. We ad good times, also bad times.

“Now for both sides it’s time to move on.”