Sebastian Vettel has given a special mention to Maurizio Arrivabene among the most influential people during his Ferrari career.

The German driver is moving on from the Scuderia after a six-year spell, during which he recorded 14 race victories but no more World Championships to add to the four he achieved with Red Bull from 2010-13.

Aston Martin will be Vettel’s next port of call, replacing Sergio Perez who has subsequently found a place at Red Bull.

In an interview with Sky Italia F1, the 33-year-old was asked who the most important person was in his time at Ferrari.

Noticeably, given the nature of Vettel’s departure this year when he thought a new contract was in the offing, Mattia Binotto’s name was conspicuous by its absence.

Instead, he spoke fondly of Ferrari’s previous team principal, as well as his race engineer with whom he had also teamed up at Toro Rosso.

“I travelled with him and it was important to have him as a pillar because we already knew each other. He understood me. In terms of track performance, he was the most important person.

“In a larger picture, however, Maurizio Arrivabene. I think that from the outside he was not well understood.” 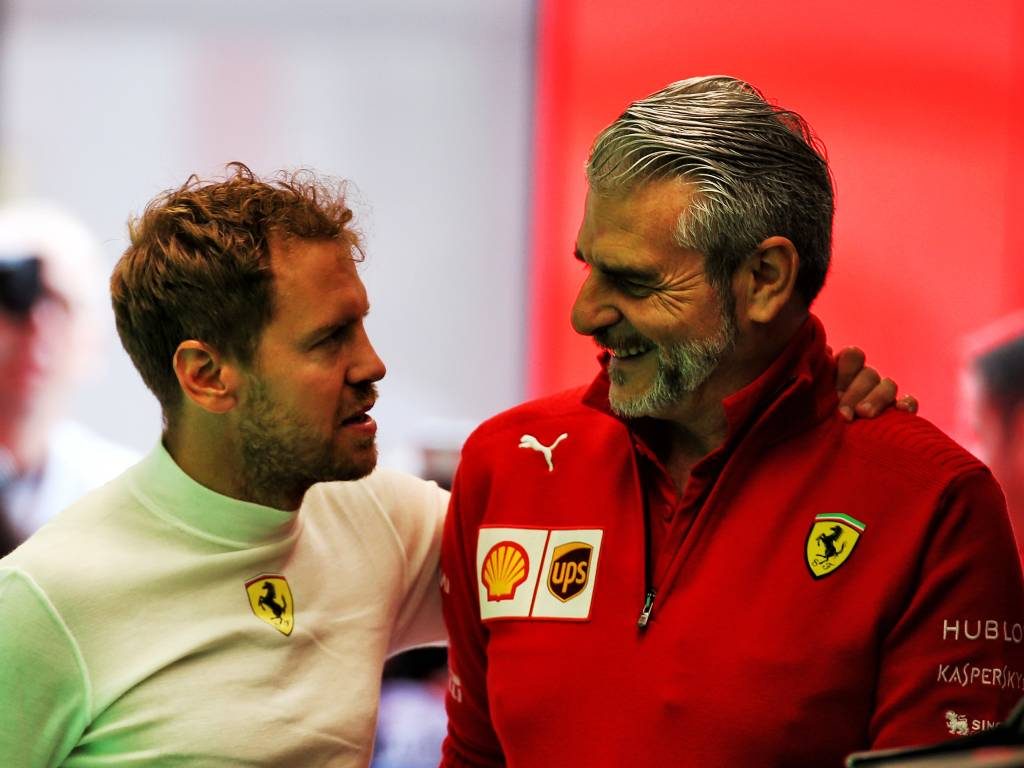 Vettel also referred to the difficult relationship between Arrivabene and Sergio Marchionne, the Ferrari chairman and CEO who died in 2018.

“It was not easy to work with Marchionnne,” said Vettel. “He was very particular, he put great pressure on people and with Maurizio he was not always kind. But I think Arrivabene really has a big heart.”

Vettel has parted on good terms with his team-mate Charles Leclerc and had further positive words for the driver who, along with new recruit Carlos Sainz, will spearhead Ferrari’s challenge in 2021.

“He is certainly very fast and talented,” said Vettel. “He is in a different phase of his career. I was able to learn from him too and it was interesting. I could see something of me in him, as I was 10 years ago. He’s a good guy and I can only say good things.

“For sure, this last year has been difficult for me, there were other issues at stake besides having to drive.

“But that shouldn’t take away any credit from Charles because everything that is said about him is true – he is strong and mature for his age. He has a bright future ahead of him and will do things right.”