Sebastian Vettel says he is “happy with all my heart” that Sergio Perez was given the second Red Bull seat for this year.

The four-time former World Champion inadvertently helped it to happen because he took Perez’s place at the team now known as Aston Martin.

For a period of over three months from that point, the Mexican was without a 2021 drive. But just after the Abu Dhabi Grand Prix, the final race of last season, it was confirmed he was taking over Alex Albon’s position alongside Max Verstappen at Red Bull.

Performance-wise, it has been something of a roller-coaster first nine races in the RB16B for Perez, but more ups than downs – he won the Azerbaijan Grand Prix, ironically with Vettel finishing runner-up, and has helped the team to a 44-point lead over Mercedes in the Constructors’ World Championship standings.

There never appears to have been any sour grapes from Perez about being displaced from his team by Vettel after a seven-year stay, and the harmony between the duo has continued with the latest words from the German.

Had events followed a different path when Vettel learned he was no longer needed by Ferrari, he could conceivably have ended up back at Red Bull where he won his four world titles. But he is delighted it was Perez who got the opportunity. 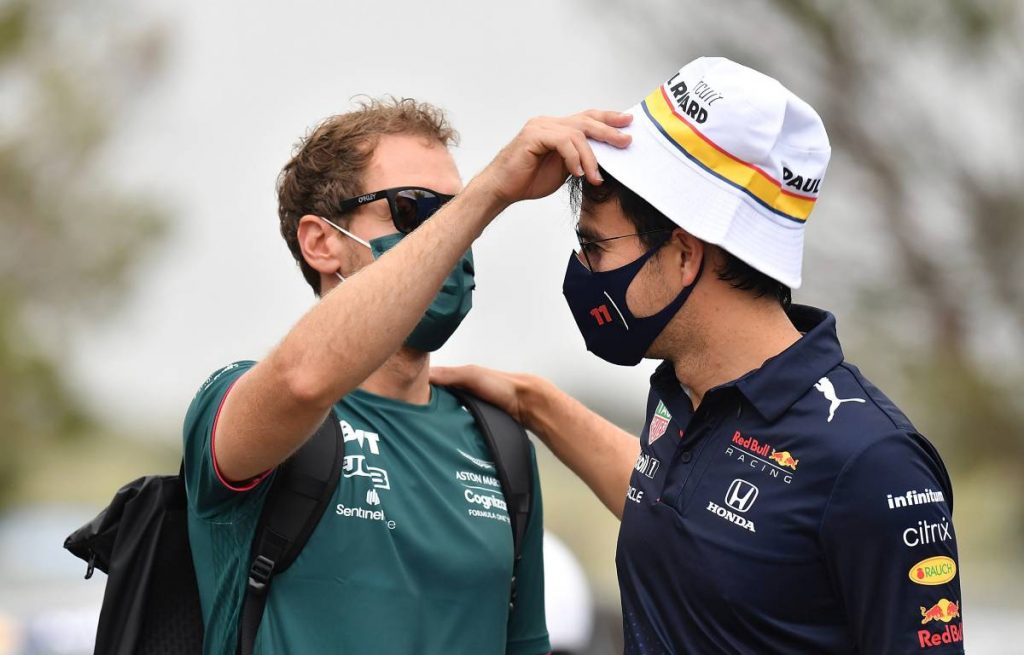 Asked whether he regretted signing for Aston Martin and if a Red Bull return had ever been realistic, Vettel, quoted by Motorsport-total, said: “No, I don’t regret it, and I don’t think it was an option.

“[I decided to] take a different direction and go on a new journey with Aston Martin, a new team. I’m very happy about that. And, I mean this honestly, I’m happy with all my heart for ‘Checo’ that he got this great cockpit because he deserves it.

“I’m delighted Red Bull have such a strong car this year for two reasons. First, because I still know a lot of people in the team. Second, because of ‘Checo’, because he is finally in a position to know he has a car with which he can fight for victory. He hasn’t had that in the past, so I’m happy for him.”

With his last comment, Vettel was clearly excluding Perez’s one previous race win, at last year’s Sakhir Grand Prix for Racing Point, which contained an element of good fortune on a below-par day for the Mercedes team.