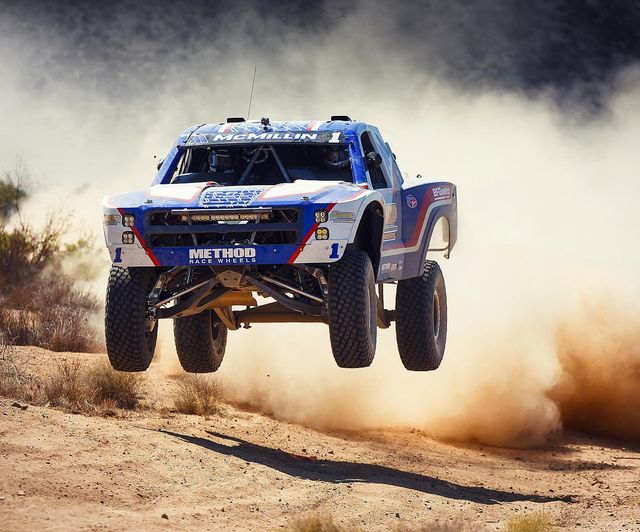 The Baja 1000 traces its roots to a publicity stunt for Honda motorcycles way back in 1962. Honda wanted to show its CL72 was a tough bike, tough enough to run the entire, then-unpaved 950 miles of the Baja Peninsula from the border town of Tijuana on the Pacific Ocean to the resort city of La Paz on the Sea of Cortez. Honda recruited two California dirt bikers, Dave Ekins and Billy Robertson, to do the riding, and the pair set off March 22, 1962, each one on a Honda. Some 39 hours and 56 minutes later Ekins got a time stamp in the telegraph office in La Paz and a legend was begun. 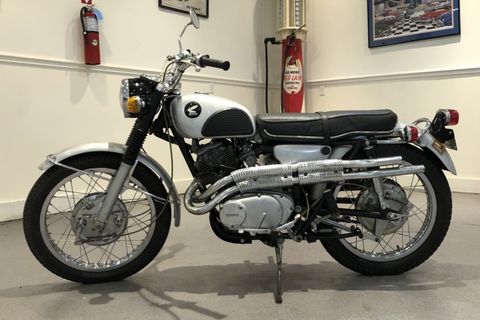 The Baja 1000 has run every year since, except in 1974 when the OPEC oil embargo stopped most racing in North America. Each year there were other races, notably the San Felipe 250 and Baja 500, among others. But those were all leading up to the Baja 1000, the off-road equivalent of the Indy 500, Monaco Grand Prix, or the 24 Hours of Le Mans. Most years the race began and ended in Ensenada, running in a wide loop through the deserts and hills east of that port town. But every three or four years the race does a “peninsula run,” down the whole length of the desolate Baja Peninsula from Ensenada to La Paz.

That’s the course that was released by the official sanctioning body, SCORE International, this week, with the official race title the BFGoodrich Tires 54th SCORE Baja 1000, presented by 4 Wheel Parts. It’ll be a peninsula run, ping-ponging across Baja like a descending ball bearing in a pinball machine from the Pacific coast to the Sea of Cortez and back six times before finishing in the peaceful resort city of La Paz. This year’s course will be 1227 miles, which you may think is a lot for a desert race that has “1000” right there in its name. But it’s only the fourth-longest of all time, and well short of the 1679.54-mile Baja 2000 run to celebrate the turn of the millennium (I drove in that one; I have to tell you the story one of these days).

The 2021 course goes east into the hills from Ensenada, turns south at Ojos Negros and west before Mike’s Sky Rancho back to the Pacific, cuts diagonally southeast across the peninsula through Coco’s Corner to Bahia de los Angeles (Bay of LA), through the serene mission town of San Ignacio, south again to the Pacific, east to Loreto, west again to the Pacific just north of Ciudad Insurgentes, then down the coast one more time before finally turning east one last time to La Paz. Almost all teams will have a few drivers or riders to complete the route.

“The course looks great!” said last year’s Baja 1000 winner and three-time champ Luke McMillin. “1227 miles is awesome, The SCORE Baja 1000 is only once a year and so I think the longer and tougher, the better!” 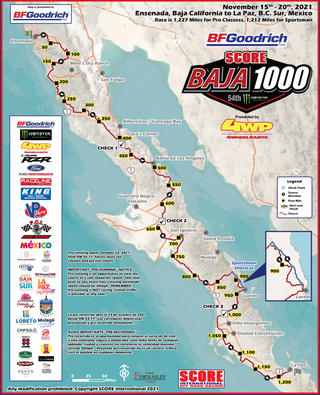 “Typically, I really like the San Felipe desert, however I think running down the Pacific Coast side for the majority of the race is the best route for a peninsula run,” said McMillan. “The terrain around Catavina and El Rosario is really fun to race and those are some great towns to go through. South of San Quintin and East of Hwy 1 is some of the best Baja terrain!
The roads in and out of Bahia de Los Angeles are classic. They seem so simple, yet for some reason the peninsula run always separates itself right there. And, of course, it’s exciting to get down to Baja Sur since we only see it every few years. Baja Sur brings back a lot of memories growing up pre-running. I remember spending a lot of time down there in 2006 and 2007 pre-running in a 1600 buggy. Going up to places like San Javier Mission is unforgettable. Once we are in the final stint of the race, south of Constitucion, I think every racer must think, ‘How much more of a beating can this truck take?’ But once you’re dropping down the stair steps into La Paz, it’s a feeling like no other.”

Ever take in the Baja 1000 in person? Share your memories in the comments below, and let us know what you think of this year’s course.