The size of George Russell’s feet meant he, according to Robert Doornbos, wasn’t an option for Mercedes who had to do a deal with Lewis Hamilton.

Mercedes announced on Monday, four weeks before pre-season testing, that it had agreed a one-year deal for Hamilton to race for the team.

Prior to the announcement there was a great deal of speculation as to what was going on with the lengthy negotiations.

There were even rumours that a deal would not be done, putting Russell in the prime place for a Mercedes promotion.

Doornbos, though, reckons as time went by and Mercedes began to build the car, the urgency fell on the team to get Hamilton to re-sign.

“It is very strange that it has taken so long,” Doornbos told Motorsport.com.

“But,” he adds, “you could count on the fact that it had to be okay, because Mercedes was of course already well on the way with building the car for this year.”

And that meant Russell was never an option as he is too tall for the car.

The Williams driver made a once-off appearance at last year’s Sakhir Grand Prix and had to squeeze his frame and his feet into the car. 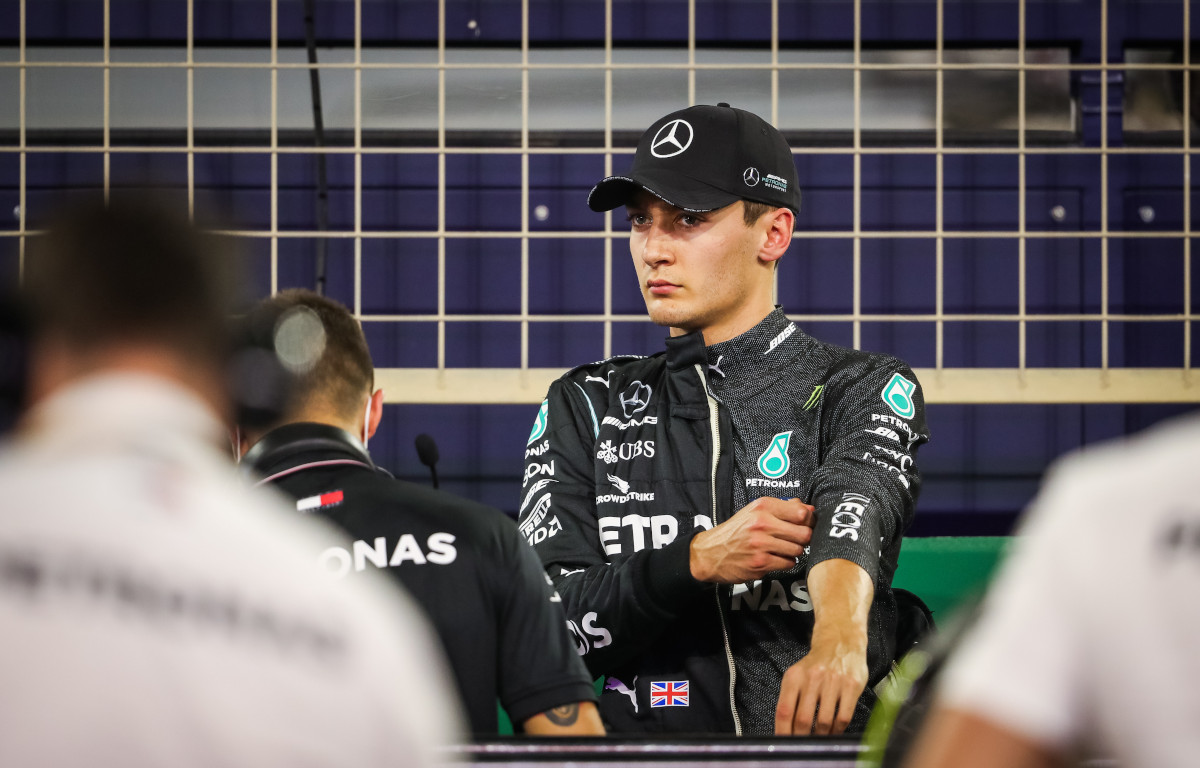 Russell was forced to wear race boots that were one size smaller than normal in order to fit into the Mercedes W11.

“You saw when Russell got into Sakhir, that the car was not optimal for his taller body,” Doornbos said.

“You then have a too tight monocoque and that cannot be remedied just like that.”

He added: “You couldn’t solve this with a different pair of shoes or a different set of pedals.

“In my time at Red Bull this was also a thing. When Mark Webber [at the time the tallest driver on the grid] joined the team, the chassis had to be adjusted to suit its height.

“So getting Russell became at a certain point a thing of the past for Mercedes.”

Doornbos says having Russell waiting in the wings most likely played a role in the decision to only sign Hamilton for a single season.

Russell qualified P2 on his Mercedes debut and would have won the race were it not for a botched pit stop.

“In the back of Mercedes’ mind it will play a role that they had to keep the door ajar for Russell,” says Doornbos.

“I sincerely think that it [Russell’s Sakhir performance] has led to new insights at Mercedes.

“Russell went really fast in that car too.

“I’m not saying he can become seven-time World Cchampion like Hamilton. But it will certainly have done something in the negotiations.”