There is the potential for the new F2 format to make race weekends stressful, but also plenty of excitement over the possible opportunities.

Largely inspired by the financial impacts of the global pandemic, both the Formula 2 and Formula 3 race weekend formats have been changed.

There will be less rounds, while the series will alternate on the Formula 1 support schedule, but the structure of the race weekends will change drastically.

Formula 2 will now contest two 120km sprint races on the Saturday of a race weekend, both lasting 45 minutes, with a feature race on Sunday to be completed within one hour.

Formula 3 will host three 40-minute races across the weekend.

“My point of view is that it is going to be quite interesting for the people watching and for us it will be a little bit more stressful. You will definitely have to have no mistakes,” Guanyu Zhou, who will remain with Uni-Virtuosi in Formula 2 for 2021, was quoted by Motorsport.com.

But the changes do not stop at the race format. For Formula 2 the grid for the first sprint race will be formed by reversing the top 10 from qualifying. So P10 will actually put a driver on pole. The P1 driver will though collect four points.

However, this has left Zhou wondering whether or not he should target P1 or P10 in qualifying.

“I’m still not sure if qualifying pole is better or qualifying P10, but I will be going for the extra four points for pole,” Zhou continued.

“I think from my point of view it will make the championship more compact and close in terms of points especially when we are heading to Monaco or the city tracks.

“You couldn’t really afford to have a bad qualifying and having technical issues in one of the races means you are out of the points or in a bad starting position.” 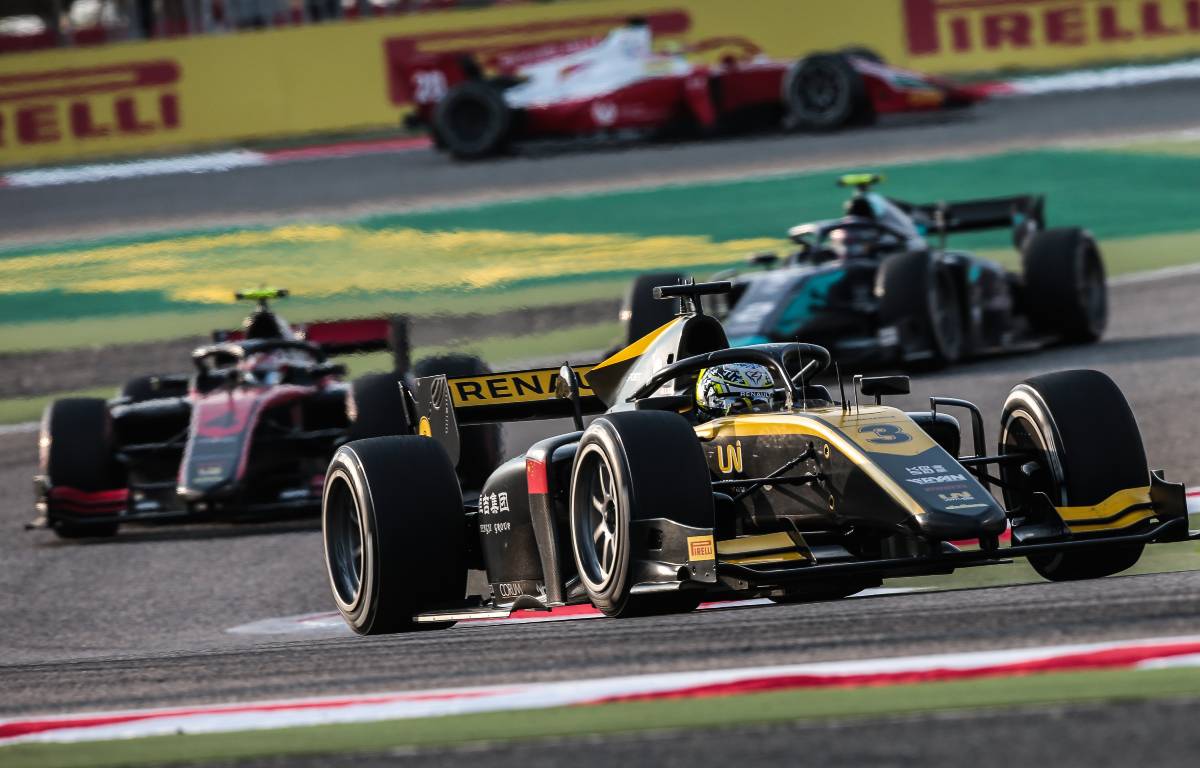 For the sprint races only the top eight finishers will score points. The winner will be awarded 15, followed by 12, 10, 8, 6, 4, 2 and 1 for the remaining drivers in the top eight. The feature race will then return to the Formula 1 system.

Christian Lundgaard, a fellow member of the Alpine Academy alongside Zhou, thinks this “weird” format should favour the consistent drivers.

“I think it’s going to be a weird weekend doing practice, doing quali and then basically start the opposite if you are in the top 10,” he explained.

“It opens up opportunities for the midfield teams to get in and have a chance of winning, but it also shows if a driver is consistent, which is what I have been missing in the previous years.

“If you are in the top three, top five every race you will be able to score good points and you will come out in a decent position towards the end of the season.”

Reigning Formula 3 champion Oscar Piastri, also an Alpine junior, steps up to F2 for 2021 with Prema, and he thinks the new race weekend style will be “exciting”.

“To be honest I think for qualifying it doesn’t change anything regardless of how the reverse grids are going to work. You are still going to want to be on pole position,” he said.

“Obviously the feature race is still worth more points and you get four points for pole as well.

“I think it is interesting the way they have done it especially the first race. I think if you do qualify up the front, especially on pole, keeping out of trouble for Race 1 and then get the reverse pole for Race 2, so you have two races starting up the front, is going to be massively important.

“I think it still works to the advantage of people that can qualify well. I think it should be pretty exciting.”