Pierre Gasly has yet to score Formula 1 points in Baku but aims to put that right after an encouraging Monaco weekend.

The Frenchman has contested the Azerbaijan Grand Prix twice before, in 2018 for Toro Rosso when he finished 12th and the following year in his ill-fated half-season with Red Bull, starting from the pit lane and retiring on lap 38 of 51 with a driveshaft failure.

For most of this season, Gasly’s practice and qualifying times have offered more promise than he has been able to deliver in the races, but Monaco was better for the AlphaTauri driver as he started and finished sixth – with Lewis Hamilton one place behind him throughout.

Like Monaco, Baku is a street circuit – albeit one with different characteristics, most notably a long straight – and the 25-year-old will be disappointed if he cannot improve significantly on his previous Sunday results there.

“I quite like the circuit,” Gasly told the AlphaTauri team in their preview of the race.

“I finished second in GP2 a few years ago but in F1, although I was quite competitive, I have always had some bad luck, but I plan to change that this week. I hope we will be able to perform at a similar or even better level than in Monaco.” 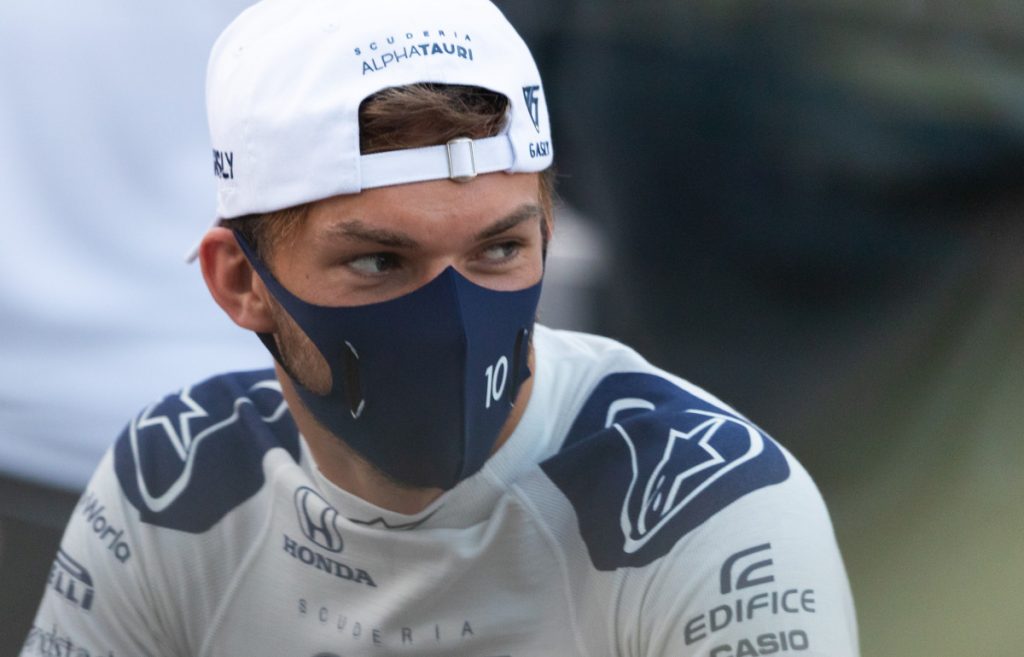 Through no fault of his own, simply doing his job as best he could, Gasly compounded Hamilton’s frustration in Monaco as the World Champion saw nothing but the back of the AlphaTauri throughout the 78 laps to lose his lead in the title standings to Max Verstappen.

“During the race, you don’t really think about who is driving the car behind you, although of course I knew it was him,” said Gasly.

“But I understood there was really no way for him to get by and it would all come down to the pit-stop. I just had to focus, concentrate on my driving and the team also played its part with the strategy in keeping him behind. That delivered our best result of the year so far.

“Since then I have spent some time in the simulator in the UK and then I headed off to Baku via Dubai. It’s a lot of travelling but it’s all in a good cause because we are heading for a very busy part of the season.

“I’d say Baku is a really unusual track and it has something in common with Monaco, being a street circuit in the centre of a town, so it’s not a normal sort of track.”