The hype surrounding NASCAR’s “Next-Gen” Cup racer has been building for well over a year, starting with the first prototype that debuted at an October 2019 test. Over time, we’ve learned the details of what should drag NASCAR out of the dark ages, and that’s plenty to be excited for. Now, we have the Next-Gen Toyota Camry TRD as proof with its independent rear suspension, composite body, five-speed sequential transaxle, and more.

It looks like most of the speculated key details made it through to NASCAR’s final draft. Of course, the sanctioning body had revealed a few specifics itself and it didn’t short the fans who hoped for a more modern race car. Let’s go over Toyota’s efforts to see how that translates in the real world. 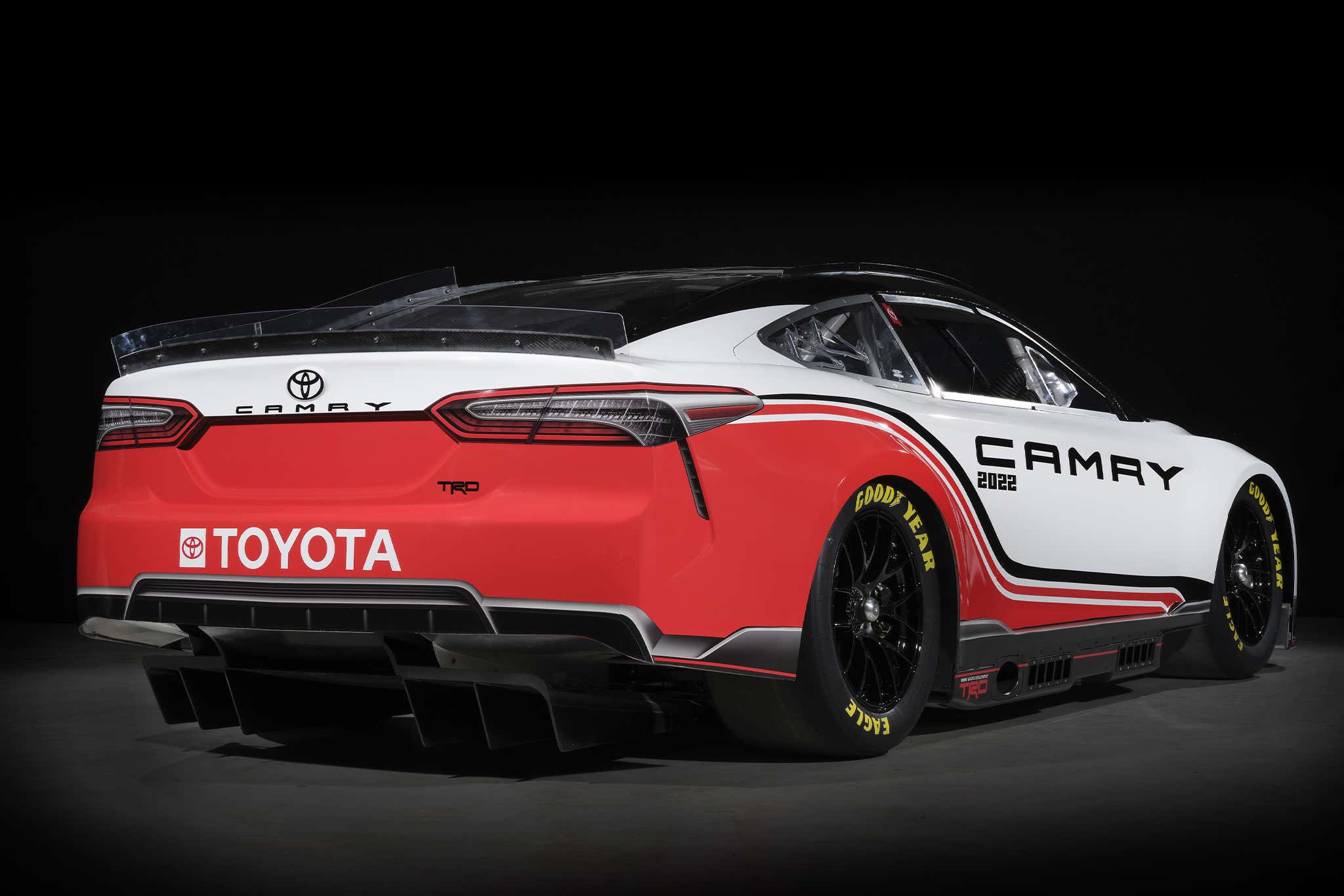 Look at that diffuser.

The 2022 Camry TRD NASCAR racer still packs a naturally aspirated V8 making 550 or 670 horsepower, depending on the track. Rather than sending that output to a familiar four-speed transmission that shifts in an H-pattern, there’s now a five-speed sequential shift transaxle that also incorporates the rear gears. While that’s not so strange for other race cars, it’s a far departure from the infamously traditional Cup Series or, really, NASCAR in general.

Once the power reaches the wheels—which now measure 18 inches in diameter and have a single lug, or centerlock—the newly crafted aero kit can carve through the air. The underbody is completely sealed and dispatches the current to the rear diffuser, while the new front and rear bumpers also come into play. This time around, the car bodies are symmetrical and made from carbon composites rather than steel.

A shortlist of drivers has already tested the Next-Gen platform, and there was a general consensus that the aero package still needed work. Racing in dirty air is, as always, a hot topic and there’s the ever-present challenge of crafting a kit that allows cars to race closely while creating excitement with heavy reliance on driver skill. We’ll have to see how that shakes out over the course of next season. 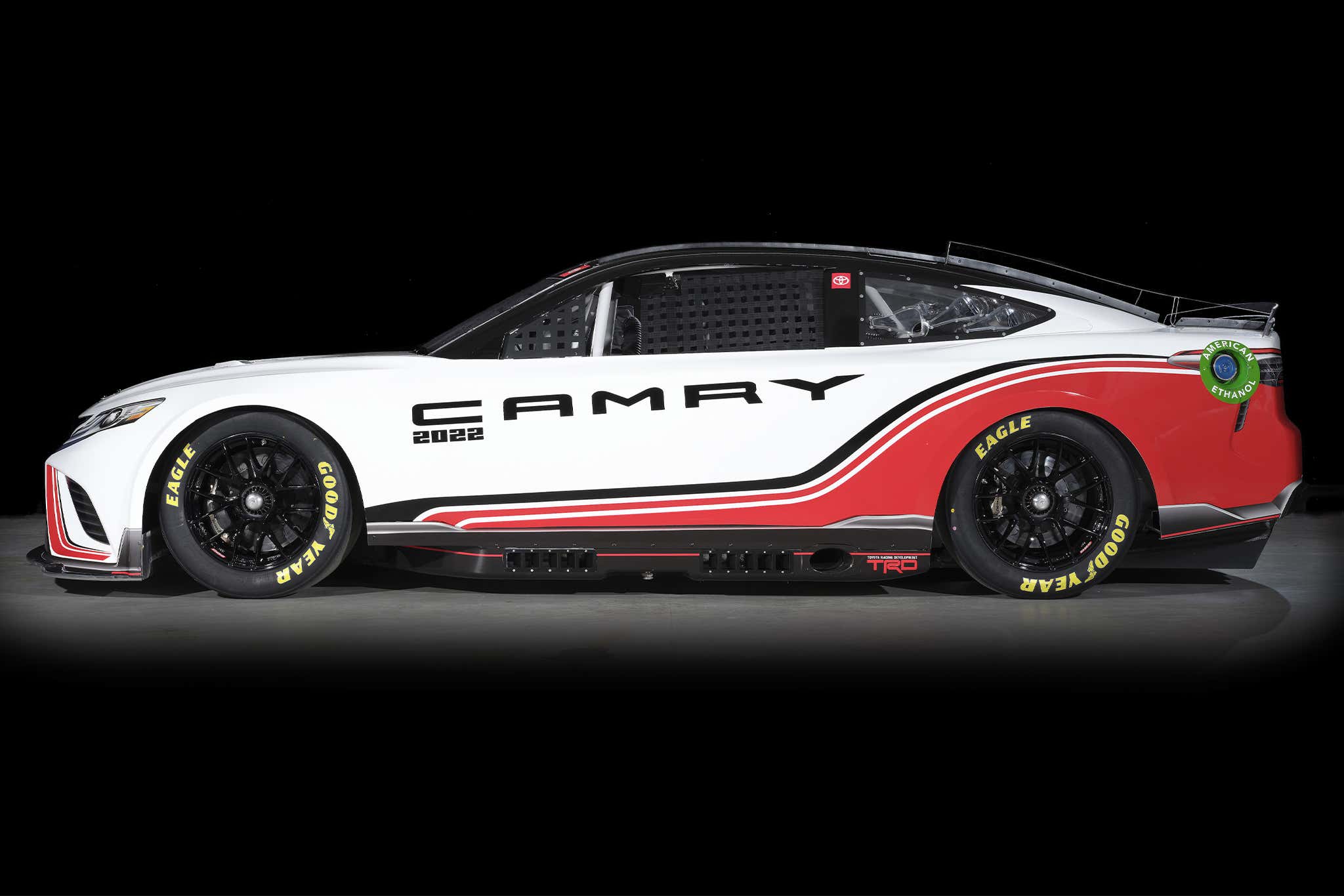 The Next-Gen NASCAR Camry measures 193.3 inches long, 50.2 inches high, and 78.4 inches wide. That’s roughly five inches shorter front to back and about four inches shorter top to bottom, but wider by an inch.

Finally, it’s time to make note of the independent rear suspension. Whether or not you follow NASCAR all that closely, this is a big deal because it helps the cars do something they’ve never been great at: going left and right. Road courses are slated to be a big part of the sport’s future so if they want a genuinely competitive car that doesn’t stretch track limits to another address, a proper handling package is essential.

“It accelerates quicker, stops quicker, turns quicker,” said two-time Cup champion Kyle Busch after a test late last year. “It’s more nimble. All the lap time is gained in the infield with the independent rear suspension and the ability to shift quicker. The car is more effective and sensitive to changes and feel. You feel everything more vividly.”

Toyota hopes this all-new Camry TRD will add way more NASCAR Cup wins to the manufacturer’s current total of 155. A fourth championship would also be welcomed by the car company, but Ford and Chevy hope to prevent that from happening next season and in the future. 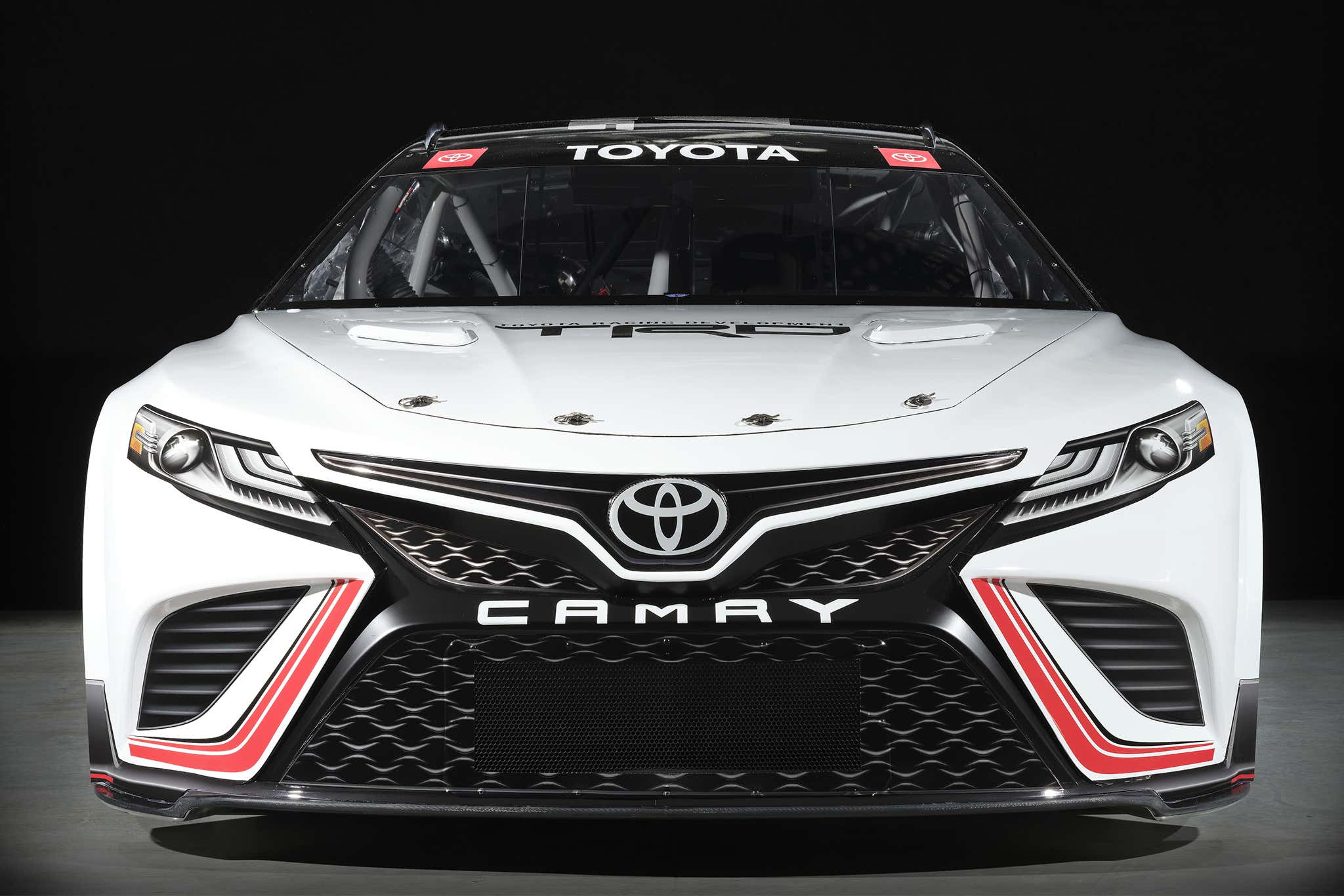 The driver is positioned closer to the car’s center line for improved safety.