Erik Jones is no stranger to the silly season roulette wheel, and as was the case last season, it was simply important to have any quality ride once the music stops.

The 25-year-old landed at Richard Petty Motorsports over the winter after Bubba Wallace departed for 23XI Racing but was only a free agent because he was replaced by Christopher Bell at Joe Gibbs Racing after the closure of Leavine Family Racing.

This came after he signed a one-year extension to remain at Gibbs for 2020. Again, this is a familiar position for the former Southern 500 and Firecracker 400 winner.

“I hope to return with Petty,” Jones told Autoweek over the weekend. “We’ve talked about next season obviously with everything that has to be in place, but we haven’t got too deep yet. I want to be in the Cup Series, and they want to continue being there too. With the Next Gen car, where I’m at now with Petty, it’s a good opportunity to improve our standing.

“I hope to get that done soon. Waiting to see where they’re at and see what we can do for next year.” 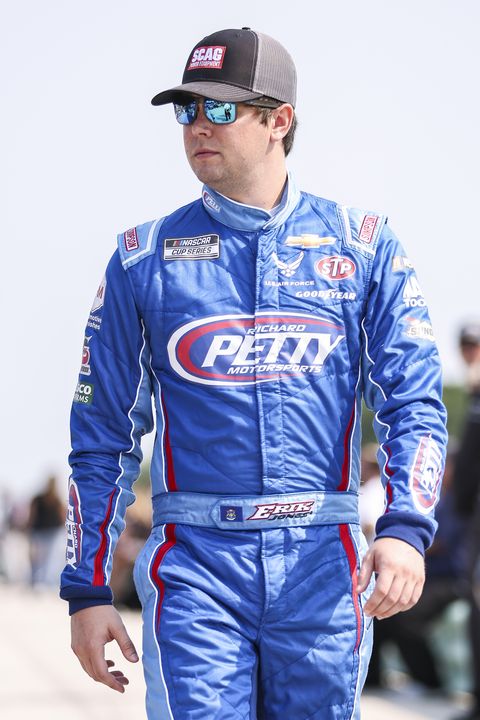 Richard Petty Motorsports has had conversations with other manufacturers to see if there is a better deal than what it stands to have with Chevrolet, but the general industry consensus is that it will retain the status quo for now.

Simultaneously, every team that currently holds an ownership charter is giving due diligence towards potential buyers and the Petty outfit is no different.

Thus, the status of Jones or anyone else potentially on the driver market has been secondary to those conversations over the summer.

If Petty remains with Chevrolet, and with the Richard Childress Racing alliance, it could benefit from operating on a campus with the organization that developed the Next Gen car alongside the Sanctioning Body.

A team like Petty would also benefit from the blank slate that is the new spec racing platform — and that overall package is attractive to a driver like Jones as well.

“It’s going to be an unprecedented year,” Jones said. “There’s never been such a big change for the entire sport, right? Certainly not in the past 30 to 40 years. So, I definitely think it’s important to be with a quality group and develop that car together, and that’s what we’re working towards.”

Jones was long heralded as the top Toyota Racing Development prospect over much of the past decade. He won back-to-back Snowball Derby Super Late Model Classics in 2012 and 2013. That led to his NASCAR Truck Series championship in 2015 and nine Xfinity Series wins over the past half-decade.

While winning twice in the Cup Series with Gibbs, the consistency of his No. 20 team was unable to match his three teammates in Kyle Busch, Denny Hamlin and Martin Truex Jr. and Jones was released in favor of Bell.

Gibbs held an option on Bell that risked losing him to another manufacturer if unable to find a seat for him in the Cup Series. As a result, Jones landed at Richard Petty Motorsports, and has labored through a challenging season with limited resources and a parts freeze in advance of the Next Gen car.

Thus, the reset of 2022 is viewed as a blank slate as long as potential free agents like Jones can simply find a seat.