Motorcycle racer Ralph Hudson, current FIM World Record holder for the all-time fastest non-streamliner motorcycle at 297 mph, died from injuries suffered three weeks ago at Bonneville, according to a statement released by the family.

Hudson was competing for an SCTA (Southern California Timing Association) record at Bonneville Speed Week on August 14, 2020 when he suffered a crash after exiting the timed mile at a reported 252 mph. A gust of wind sent him into a speed wobble – also known as a tank-slapper – from which he did not recover. Hudson was flown to Intermountain Medical Center in Salt Lake City, where he was initially stabilized in the ICU, but finally succumbed to his injuries on Sunday, September 6. He was 69 years old.

“It has been Hudson’s dream to set the record at over 300 mph, a dream he shared with fellow competitor and friend Al Lamb,” read the statement. “The duo’s back-and-forth battle in the quest for 300 mph has been an ongoing saga that captured the attention of the land speed community, especially when it took Hudson and Lamb all the way to Bolivia in 2017 to the Salar de Uyuni, the largest salt flat in the world, which offers a much longer runway for racers, a searing altitude of 12,000 feet, and more consistent surface for racing than the thinning Bonneville Salt Flats. 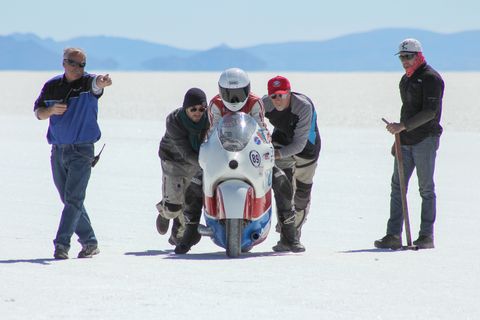 “At the 2017 event, Hudson capitalized on the thinner air and longer runway of the Bolivian Salar and bumped the record up to 284 mph aboard his turbo-charged Suzuki GSX-R1000-based partially streamlined motorcycle. The following year, the Alhambra, California resident returned to Bolivia and bumped the record again, this time to a bittersweet 297 mph. Hudson made a one-way pass of 304 mph, the fastest ever recorded speed for a sit-on motorcycle, but was unable to back it up with a return run that would have qualified him for the official FIM world record.

“It’s great to have gone 300 and to have it officially recognized, but I didn’t do two runs with an average over 300 and get an FIM World Record,” Hudson said following the 2018 Bolivia event. “To know that I have a bike that was capable of doing that but not putting the two runs together is very disappointing. You know, you set your goals and it’s disappointing if you don’t reach them.”

Hudson had plans to return to Bolivia to finally set the FIM World Record at over 300 mph.

“As well as being an accomplished racer, from his road racing days in the ‘70s up to present-day land speed racing, Hudson was a meticulous builder and an all-around great friend to many in the salt community,” the statement said. “His nickname ‘Quiet Giant’ referred to his humble, friendly demeanor off the bike, and his incredibly bold style on the track. Despite his own relentless ambition in racing, he always had time for others, whether they asked for help, or simply stopped by for a hello. Hudson never hesitated to turn his attention to a friend, or even a competitor.” 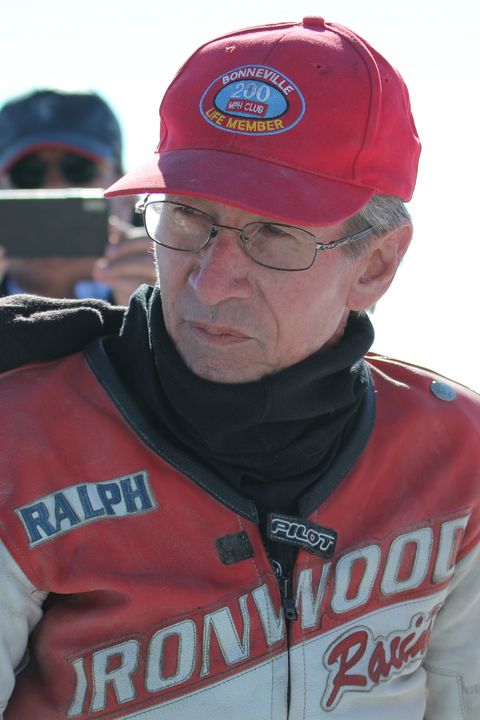 Hudson was also the owner of Ironwood, a specialty fabrication shop in Glendale, California that creates custom installations for many purposes, including museum exhibits, unique structures and art pieces, along with elaborate scenery that has been featured in several Southern California theme parks. Click on the shop’s link to see some of them.

Ralph is survived by his son, David, girlfriend Leslie Murray, along with many friends and extended family members. Murray stated in a post on the SCTA Facebook page: “Information regarding a celebration of life and a memorial scholarship in Ralph’s name will follow when available. We sincerely thank everyone for their kind words, prayers and support during this very difficult time. Ralph would want everyone to stay strong and keep going fast.”