KTM has announced it will retain a factory MotoGP programme at least until the end of 2026, but will pull out of the intermediate Moto2 class as early as next year.

The Austrian manufacturer had joined MotoGP full-time on an initial five-year deal in 2017, and has now reaffirmed its commitment for another five years past that, after KTM CEO Stefan Pierer and MotoGP promoter Dorna’s chief Carmelo Ezpeleta signed a renewed deal at the Red Bull Ring.

“We made a proactive decision here at our home grand prix to renew our stay in MotoGP and commit to another five years of competition.

“This is part of a wider strategic view and we now have seven years to rise towards the top of the MotoGP class; the same period of time we needed to conquer the Dakar Rally.”

However, alongside the announcement of a MotoGP extension, the manufacturer confirmed it will exit Moto2 as a chassis manufacturer next year.

KTM has had a difficult Moto2 campaign so far this year following a switch to the new Triumph engine package, although in-season development has allowed its MotoGP-bound rider Brad Binder to score at pair of podiums at Assen and the Sachsenring.

The Austrian firm had previously confirmed 2018 Moto3 champion Jorge Martin alongside Iker Lecuona in its Ajo Motorsport-run Moto2 factory team for next year, and insists it will “keep the close relationship with Aki Ajo’s team as the crucial stepping-stone for Red Bull KTM in MotoGP”.

Alongside its factory team, KTM currently supplies bikes for Tech 3’s Moto2 operation, as well as the Angel Nieto outfit, the American Racing Team and the single-entry Kiefer Racing.

KTM says it will ramp up its involvement in the lightweight Moto3 class, and that sister brand Husqvarna will aim to enter the category in 2020 with its own bike.

“We want to boost Moto3: it is the foundation and the base of road racing for us,” Pierer said. “It is where we began and where we are one of the leading brands.

“We see a very good opportunity here by bringing back Husqvarna with force; there will be a new bike and a special direction with this project. All of this movement means we will pool our resources and energy and as a consequence we will step out of Moto2.” 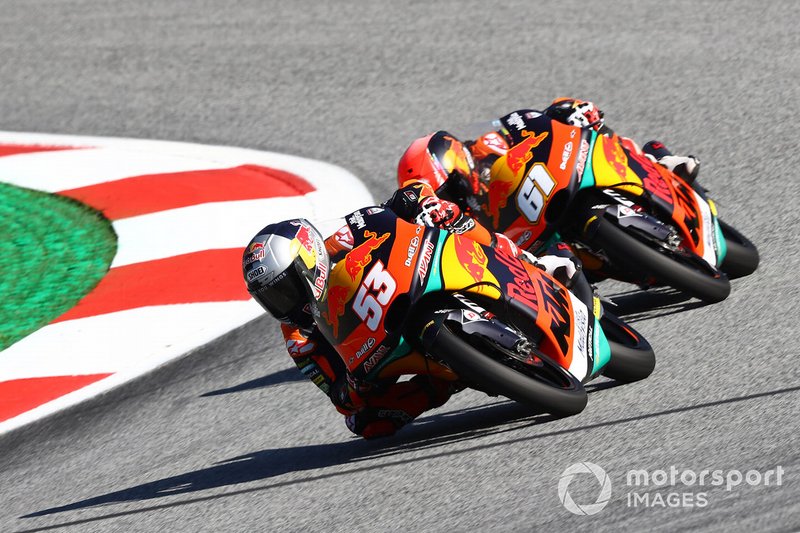