Want to own one of the most significant race cars on the planet? You’ll soon get the chance: Michael Schumacher’s V-10-powered Ferrari F2002 Formula 1 car, which he used to secure his fifth driver’s title, is coming up for auction via RM Sotheby’s in November 2019.

Welcome to You Must Buy, our daily look at the cars you really should be buying instead of that boring commuter sedan.

This F2002 is chassis #219, the car Schumacher drove to victory at the 2002 San Marino, Austrian, and French Grands Prix. He secured his fifth title at the French GP with six races to go in the 2002 season. No other driver has secured an F1 championship so quickly. After Ferrari secured the 2002 constructor’s title at Hockenheim later in the season, chassis #219 was relegated to testing duties, then retired at the end of the year. 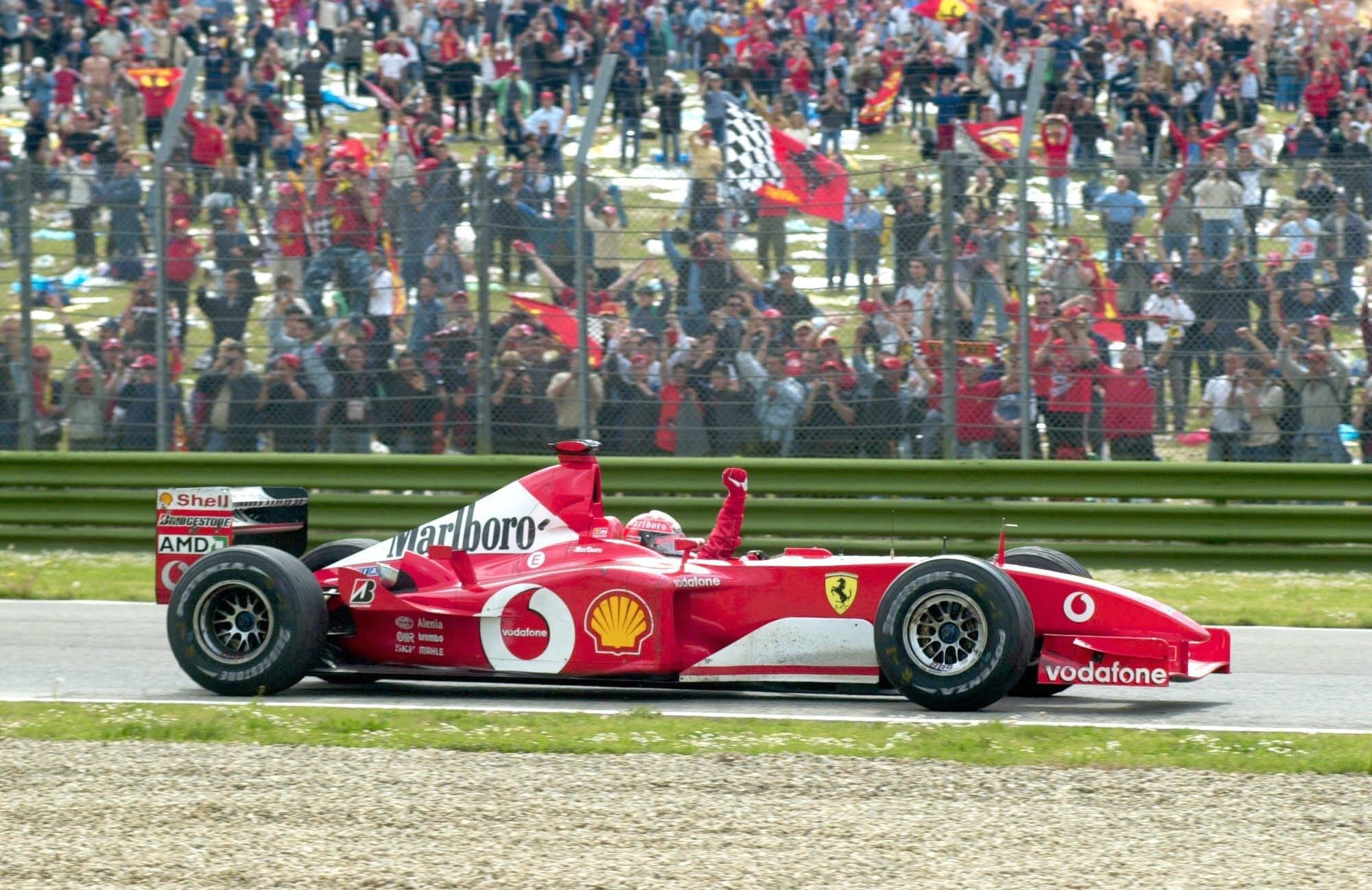 Following its retirement, the car passed through several “significant private collections across multiple continents,” according to RM Sotheby’s. It will come up for sale on November 30th at an RM Sotheby’s auction coinciding with the Abu Dhabi Grand Prix weekend. A percentage of the proceeds will donated to the Keep Fighting Foundation, a charity founded by Schumacher’s family following the driver’s serious head injury suffered during a December 2013 skiing accident.

RM Sotheby’s doesn’t list an estimated sale price on its site, though if it does as well as Schumacher’s 2001 championship-winning car sold in 2017, expect it to go for somewhere north of $7 million.