It’s very rare for hybrid-era F1 titans Mercedes to make big mistakes. It does happen, though, and for some reason it tends to be during Valtteri Bottas’ pit stops. The team massively messed up during the 2020 Bahrain Grand Prix, ruining both his and George Russell’s stops by mixing sets of tires, then mucked it up again there this year with an 11-second stop for the Finnish driver.

Mercedes has admitted that pit stops are not really its forté at the minute. After the Emilia-Romagna Grand Prix, where a wheel gun issue messed with Lewis Hamilton’s pit stop, trackside engineering director Andrew Shovlin said, “We are losing time in the pit stops. Longer-term we are still looking at what we can do with the crew, with the equipment trying to find a bit more time in the stops.” That might have moved to the more immediate term, after the right front wheel gun completely sheared off the teeth it was supposed to lock onto, during Bottas’ Monaco pit stop—and a day later, the team still can’t get the tire off the car. 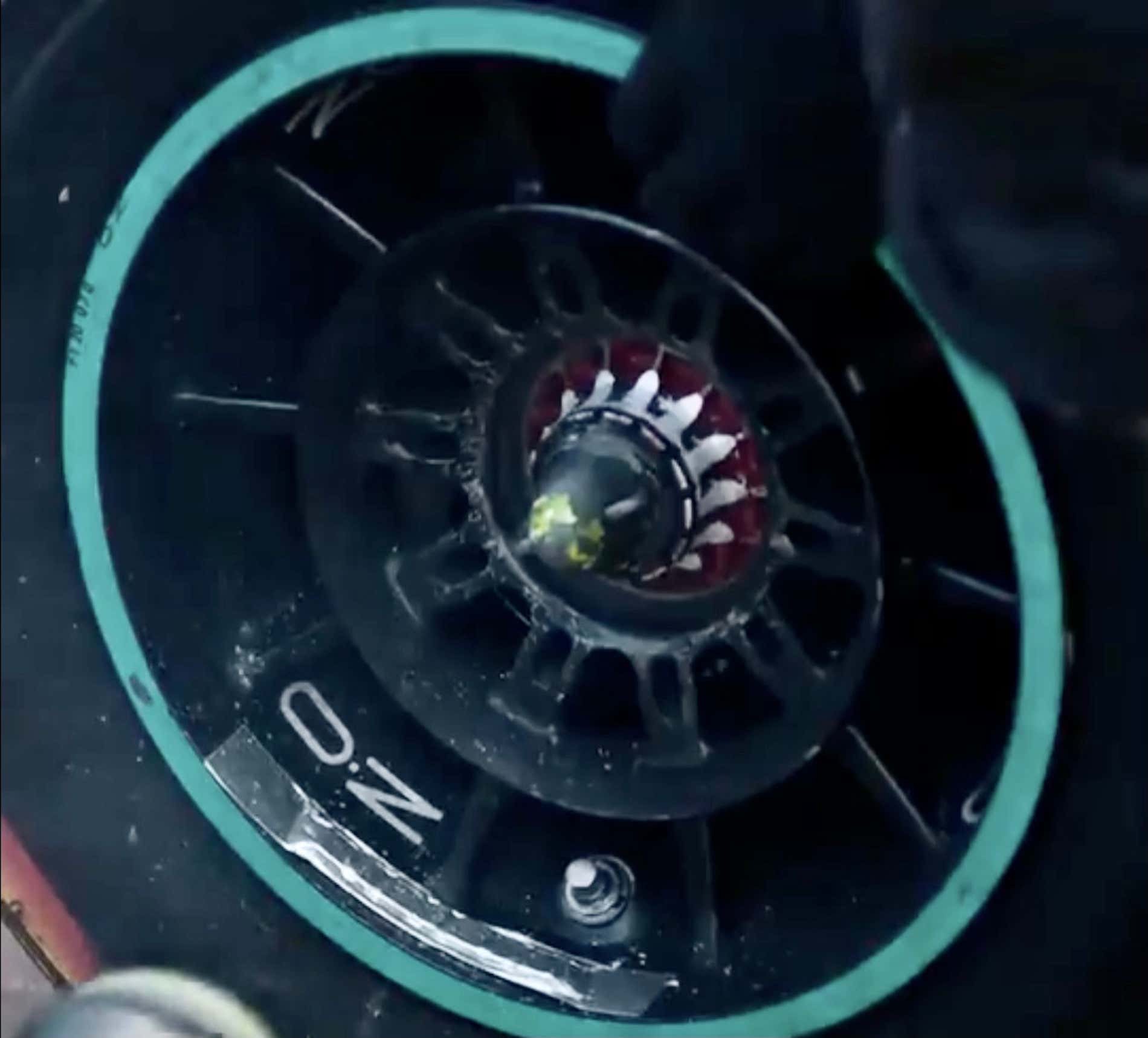 Bottas’ wheel nut, shown in a state of disrepair.

Bottas pitted on the 31st lap of the Monaco Grand Prix, from second. At that stage, he was definitely having the better weekend of the two Mercedes cars—Lewis Hamilton had struggled in qualifying and was way down in seventh having to worry about the midfield, while Bottas had found himself in second after pole-sitter Charles Leclerc was unable to start the race. If that sounds like a suspiciously large number of things happening during the famously processional Monaco Grand Prix, you’re right and there was about to be more of them.

When he came into the pits, Bottas had a set of soft tires on that (as per the rules) he had set his fastest lap on in the second qualifying session. So this wasn’t their first time being machined, which might have had some relevance to what happened. Then again, this is F1 and sets of tires get exchanged multiple times over any session, all weekend.

Three of Bottas’ tires were changed smoothly but he was held in the pits as mechanics struggled to take off the right front, waiting agonizing seconds that dragged into over half a minute before the crew had to admit defeat. Unable to take the tire off, they couldn’t let Bottas’ car leave the pits—even supposing it was possible to do another 47 laps around Monte Carlo on a used soft compound tire, mixing compounds and tire sets is forbidden in the rules.

Formula One wheel guns spin at 10,000 rpm and have 3,000 newton meters of torque, so they go off with a real kick—you can see aluminum flying off the wheel nut in shards as the gun machines it smooth instead of locking on:

Bottas said, “Sitting in the car at the pit stop, I knew it was a slow one and I was calculating Sainz getting past, then Norris, and when it got to 30 seconds, I couldn’t believe it.”

“It’s obviously hugely disappointing and we need to learn so it never happens again. It was bad luck from my side and as a team, it will be a priority for us to improve our pit stops moving forward. Our pit stops haven’t been our strongest point this year—there’s no one to blame, as a team we just need to be better.”

And the thing still won’t budge

Not content with taking a starring role in the glamorous Monaco Grand Prix, the wheel nut is firmly staying stuck. Mercedes still can’t get the wheel off the car and the team’s having to send it all the way back to its factory to try some drastic solutions.

Technical director James Allison confirmed: “We didn’t get the wheel off, it’s sat in our garage with the wheel stand on it. It’ll have to be ground off.”

“[We’ll need to] get a Dremel out and painfully slice through the remnants of the wheel nut. We’ll do this back at the factory,” he concluded.

Needless to say, that’s not great news when the team should be preparing Bottas’ car for the Azerbaijan Grand Prix. The fact Mercedes isn’t quite sure how the whole thing happened, rather than locking onto the wheel properly, makes it a lot worse, too, since it doesn’t know that it won’t happen again, which means every single wheel gun and wheel nuts need looking at.

The situation is so extreme that team boss Toto Wolff said, describing Bottas’ luck, “It seems like he’s cursed.”

Bottas’ retirement from second promoted Ferrari’s Carlos Sainz and McLaren’s Lando Norris to the podium. All very likeable, seeing the former teammates spray the champagne together, but it meant Verstappen was the only representative of the top two teams to be up there with them.

Without a Mercedes presence, Hamilton beleaguered at the back of the points and was overcut by Sergio Perez during Red Bull’s hitch-free pit stops, that swung the titles drastically. Although Bottas coming second wouldn’t have stopped Verstappen passing Hamilton in the drivers’ title to lead the F1 world championship for the first time in his career, it would have stopped Red Bull passing Mercedes by one point in the constructors’ title fight.

Although it’s only five races in and Mercedes has found itself numerically on the back foot before (as recently as 2019 they trailed Ferrari, early in the season) that’s a big psychological advantage to hand Red Bull in what’s proving to be a genuinely close fight.

It might sound a bit F1 101 for a team that’s won every single drivers’ and constructors’ title since 2014 that they can’t get their pit stops down right but it’s also not something that’s been too crucial for them, until recently.

Now that the 2021 Formula One season is actually very close, the relatively large leads Mercedes often had over other cars have evaporated, and having slower stops than Red Bull is a serious problem. It even ran Mercedes into trouble with the energy drink brand’s junior squad when Hamilton failed to get the undercut on Pierre Gasly’s AlphaTauri in Monaco due to the team assuming a second-and-a-half margin would be enough.