Max Verstappen spoke about the strong relationship he still has with Daniel Ricciardo, with the pair being able to talk about more than just Formula 1.

The former Red Bull team-mates live nearby to each other and have maintained a rapport since the Australian left the team in 2019.

The pair did have a couple of on-track incidents in their time sharing the same garage – crashing into each other in Baku as well as Verstappen clipping his team-mate in Hungary, which led Ricciardo to call the junior driver a ‘f***ing sore loser’ at the time.

Since Ricciardo’s departure, neither Pierre Gasly or Alex Albon could keep up with the Dutchman and were swiftly moved aside as they could not sufficiently challenge their team-mate.

Despite that, his former colleagues have always spoken highly of the mercurial Verstappen in public, despite facing the pressure of failing to live up to the benchmark he sets within the Red Bull team.

“I think I have a good heart,” he replied to Sky Italia with a laugh when asked about his personality, following praise about his nature from former team-mates.

“I always got on well with them. They are very nice guys and I think we are all driven as well. On the track, of course, we always want to beat each other, but off the track we can have fun just as much.” 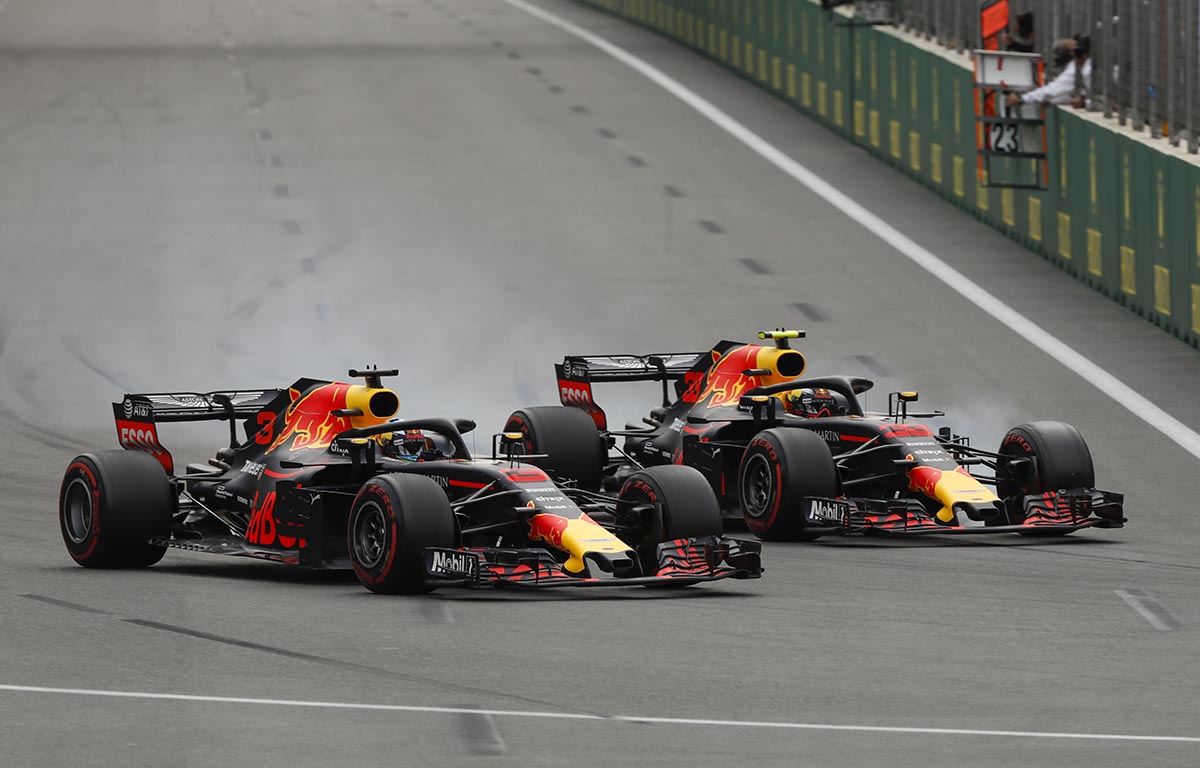 Current team-mate Sergio Perez spoke positively about Verstappen’s work ethic, saying that he doesn’t take a day off in his pursuit of progress.

In the down-time he does take, however, the 23-year-old says he enjoys spending time with near neighbour Ricciardo.

“Because [Ricciardo and I] both live in Monaco, you see each other a bit more of course,” the Dutchman added. “We often travel to the circuits together and share a plane, for example.

“Then we don’t only talk about Formula 1. We can also talk about other things. In the end, Formula 1 is part of your life, but it is not everything.”