Rebellion Racing’s Gustavo Menezes says he was “really surprised” to split the Toyotas in qualifying for the Le Mans 24 Hours with what he described as “pretty damn close to a perfect lap”.

The American driver posted a lap of 3m15.822s in Friday morning’s ‘Hyperpole’ session to get within 0.555s of the pole time established by Toyota driver Kamui Kobayashi, also marking the fastest-ever time of the Circuit de la Sarthe for a non-hybrid car.

It came after the #1 Rebellion R-13 shared by Menezes, Bruno Senna and Norman Nato suffered a problem with its Gibson engine that forced the trio to sit out the second practice session on Thursday ahead of first qualifying.

Having had limited running going into Hyperpole, Menezes admitted that he was surprised to post such a quick laptime, one that puts Rebellion ahead of the second Toyota on the grid.

“It was a dramatic start for us with the blown engine in FP2,” Menezes told Motorsport.com. “I went into this morning feeling fairly ok, but not extremely in the rhythm to put together a lap.

“I did FP4, I did two timed laps, and I hadn’t driven new tyres, so I wasn’t 100 percent sure of what kind of pace gain we would have. But coming around Turn 1 and 2, my eyes opened. I thought, ‘oh my gosh, the car is incredible, it’s time to push a little bit’.

“Every time I came around a turn, the delta got faster. We got one perfectly clear lap and when I came out of the Ford chicane, I saw on the dash ‘3m15s’ and I thought, ‘oh my gosh, that must be one of the three or four fastest times around Le Mans’.

“It was an extremely clean lap and I don’t know how much I had left. It was pretty damn close to a perfect lap. The balance of the car was there today.

“We went into qualifying thinking a top four would be good, and we got on the front row. It really surprised everyone, including myself, so really happy with it.” 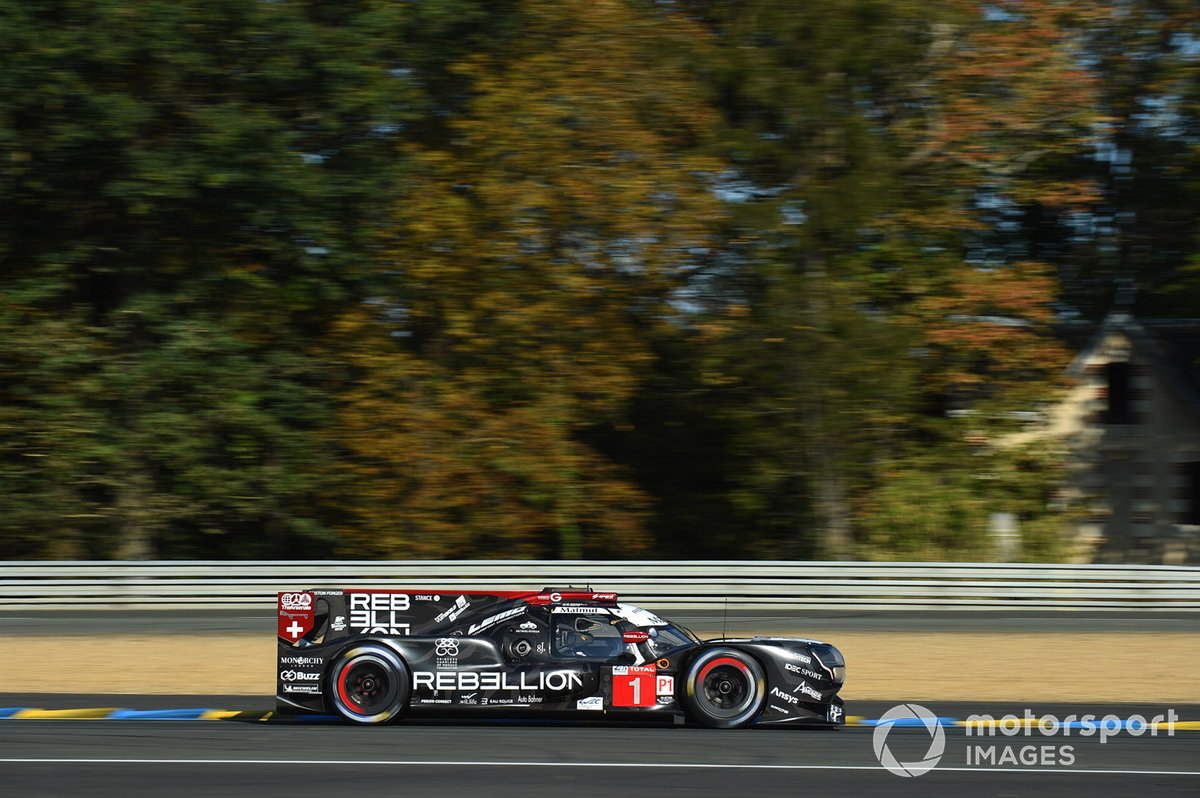 Rebellion heads into Le Mans off the back of a disappointing showing in the previous FIA World Endurance Championship race at Spa in mixed conditions, with the Swiss team’s CEO Calim Bouhadra admitting that a wet race at La Sarthe would be a “nightmare”.

Menezes said he was optimistic that rain may not play too big a role in the race.

“The forecast has changed every day, but it seems to have got better,” he said. “Before it was saying rain all night, now it’s looking like a little bit of rain in the afternoon and then clear for the rest of the race. We’ll have to see, but hopefully we can have a dry track and push.

“I think it will be hard, we can’t be too confident, but I can tell you that even if we don’t have what it takes, we’ll be giving it everything to take home a win.”