Forgive it for being said, but IndyCar’s hybridized, higher-performing new generation of engines were starting to look like a pipe dream. They were first supposed to come out next year as bigger, 2.4-liter versions of the current twin-turbo V6 formula, and when hybrid tech was added to the mix, that was kicked out to 2022. Then came the COVID-19 pandemic and Honda’s recently announced withdrawal from Formula 1, both of which seemingly threatened IndyCar’s planned new power plants. But these culminated only in delays to IndyCar’s next engine regulations, which the series confirmed Saturday will still take effect come 2023.

IndyCar President Jay Frye affirmed the series has landed “a long-term, multi-year extension” with engine suppliers Chevrolet and Honda, the latter declaring an IndyCar commitment “well into the end of the decade”—that’s through 2027, according to Autoweek. 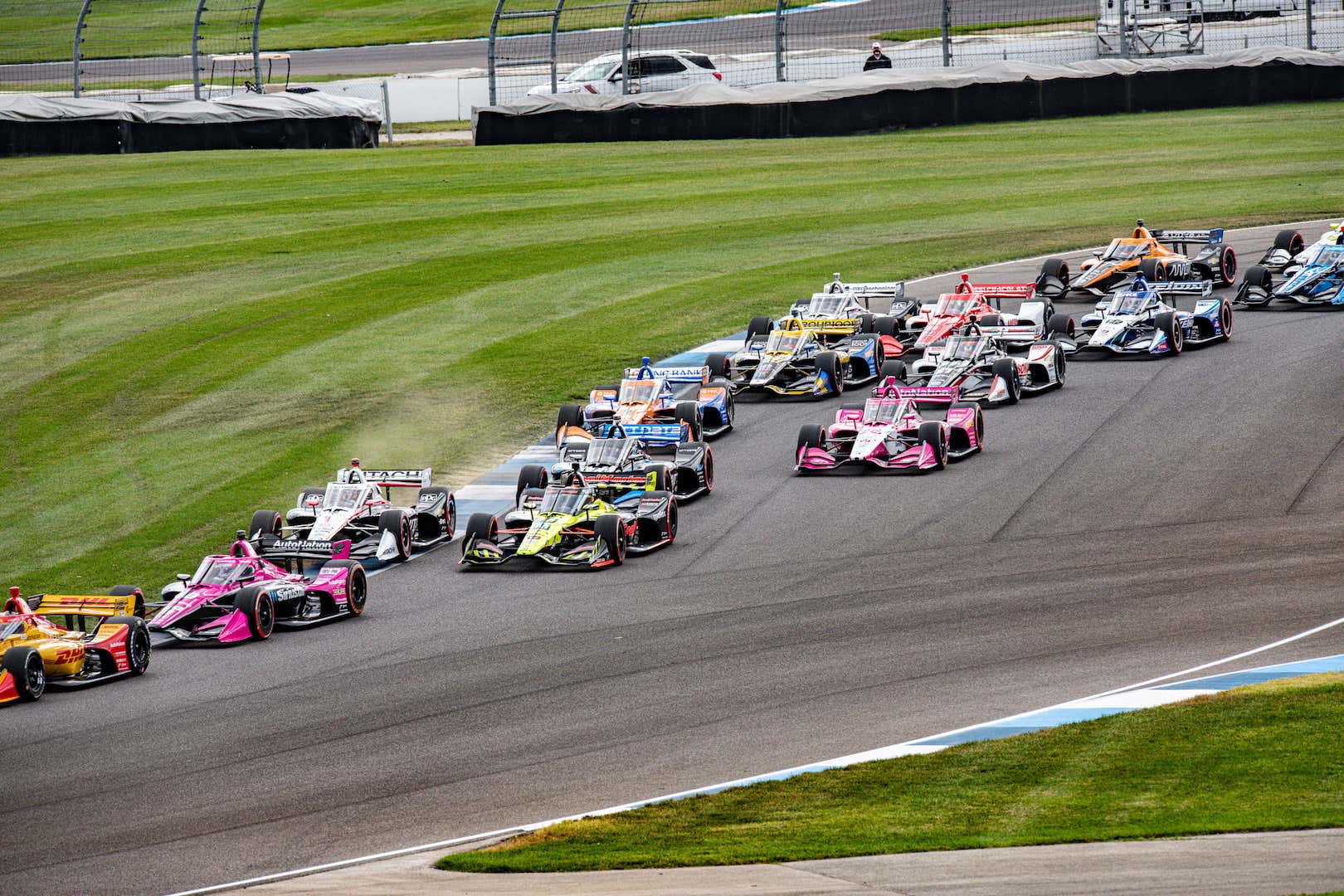 This reportedly five-season deal will see the now closely allied GM and Honda supply their own takes on twin-turbo V6s some 0.2 liters larger than the current, 2.2-liter units. Power gained from the extra displacement will synergize with that added by hybrid systems, bringing total output to 900 horsepower or so, the latter also permitting stalled cars to restart themselves, shortening caution periods during races.

IndyCar hopes its new engine formula will attract participation from new manufacturers, though few have been connected to Indy entries in recent years. Prior to his passing in 2018, Fiat Chrysler’s Sergio Marchionne confirmed Alfa Romeo was “thinking about” joining the series, though it’s unknown whether FCA’s Indy interests remain.

Alfa’s Italian fratello
Ferrari has also made noise about entering IndyCar, the Scuderia apparently seeing it as a way to reassign redundancies from its soon-to-be cost-capped F1 program. Of course, Ferrari may be leveraging Indy entry merely for F1-related political skulduggery, which history has shown to be in its wheelhouse.

Regardless of whether Italians have new engines to supply to IndyCar, they’ll bring a new chassis, with Dallara still being on track to introduce a new standard monocoque in 2022. Its launch was originally meant to coincide with the new engine formula’s codification, leading to speculation that the new chassis could also be pushed back a year. The Drive contacted IndyCar for a statement regarding its plans for the next-gen chassis, and we will update when we receive comment.