AJ Foyt Racing team president Larry Foyt and four-time Champ Car title-winner Sebastien Bourdais have explained why they joined forces for 2021 – and why their partnership has started early.

Bourdais was today confirmed as a Foyt-Chevrolet driver for 2021, but the announcement also revealed that he will also compete in the remaining IndyCar races of the 2020 season.

The 37-time Indy car race winner, who was dumped by Dale Coyne Racing-Honda last November, found himself a fulltime IMSA WeatherTech SportsCar Championship ride in a JDC-Miller Motorsports Cadillac DPi-V.R this year, where he has elevated the squad to regular podium finishers. Consequently, he and co-driver Joao Barbosa currently sit second in the points table, ahead of all the Mazda and Acura drivers. 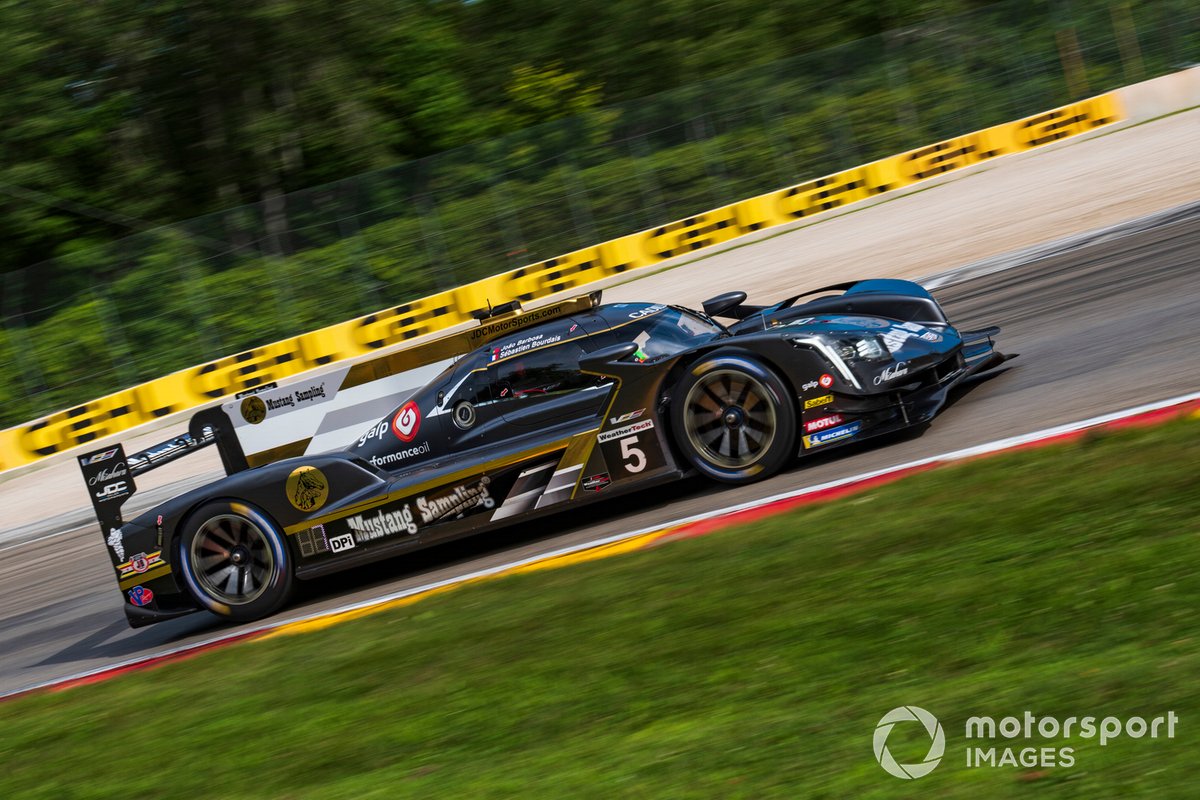 However, he also signed up to race at four IndyCar events in the #14 AJ Foyt entry, only to see three of those events fall victim to the coronavirus pandemic’s repercussions. However, Foyt and Bourdais have managed to replace two of those rounds by employing him for the Harvest Grand Prix double-header, while their agreement for St. Petersburg – the season opener that is now the season finale – still stands.

“We thought it made great sense to get this started now,” said Foyt. “Not sure what the testing rules are going to look like for next year, so we wanted to get Seb in the car as early as we could. Good to get this done, announce it…

“We wanted to give us the best chance to go into 2021 being competitive. I have no doubt he can get the job done. I think our pit stops and our engineering is in a good place, but we’ll continue to work on it to make it better. And whoever his teammate is going to be, I think will benefit from Sebastien being there.”

While Bourdais’ major success came in the last five years of Champ Car with the dominant Newman/Haas Racing team, clinching the final four titles and amassing 31 wins and 31 poles before an 18-month foray in Formula 1, it’s what he achieved since his return to U.S. open-wheel racing that helped cement him as a target for Foyt. As in his current role at JDC/Miller in IMSA, Bourdais brought not only his driving talent but also helped steer the engineering direction of Dale Coyne Racing, KV Racing and even Jay Penske’s Dragon Racing squad, resulting in multiple wins and podiums.

Foyt said he noted those qualities in the preseason tests conducted with Bourdais at Circuit of The Americas and Sebring.

“Any time you look at Sebastien’s résumé, it’s pretty impressive,” said Foyt. “What I’ve been impressed by is what he did even going to smaller teams. I think he brought a lot to those teams and helped them. I think we saw that even in testing – he’s very good at knowing what he wants out of a racecar. His feedback was exceptional. The engineers were really impressed. It just seemed to click really well.”

He later expanded on the theme, stating: “Everyone knows we’re one of the smaller teams in the paddock, but I think the way the IndyCar formula is now, you can still be very competitive. Our goal is to grow. [Signing Bourdais] is a big piece of that. But as well, we know Sebastien can get the job done. 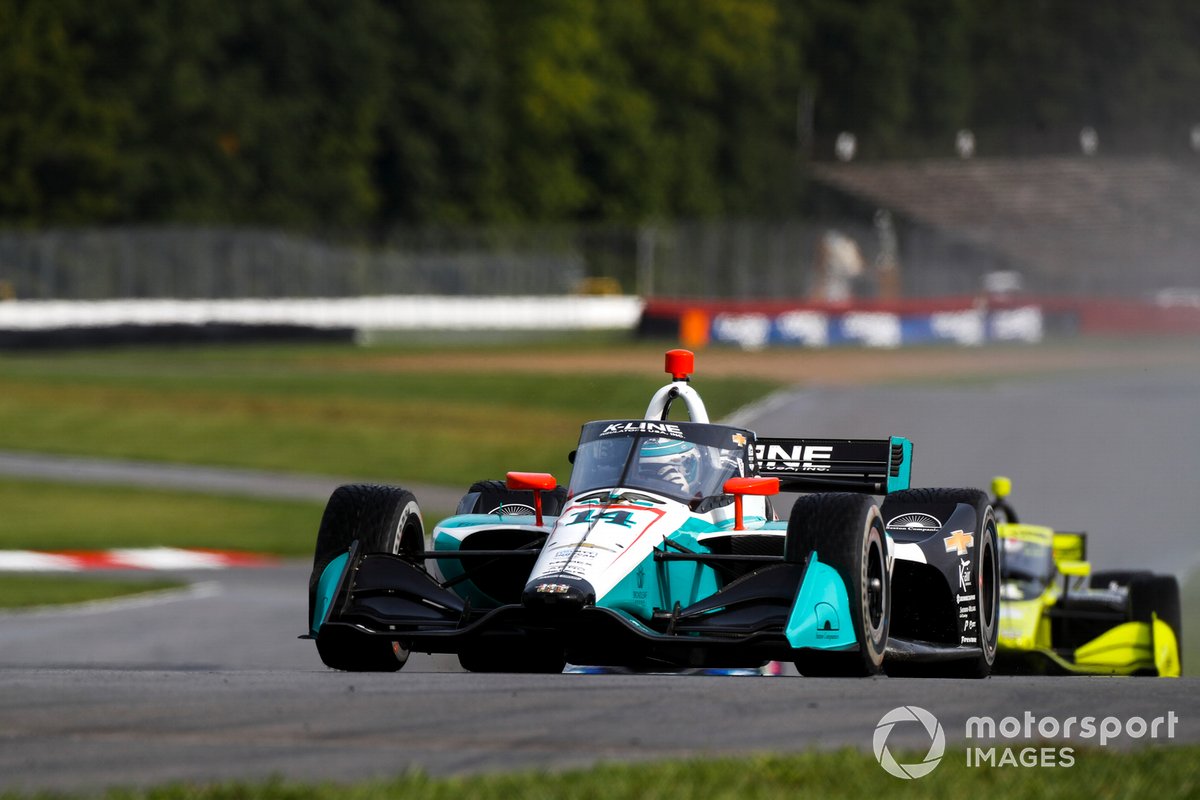 The Foyt #14 this year has so far been shared between rookie Dalton Kellett (pictured) and Tony Kanaan. Kellett will switch to the #41 for the Harvest GP as Bourdais takes over #14.

“This is the toughest IndyCar field I think I’ve seen… You see one guy on one race of a doubleheader is up front, and he struggles the next day because other guys figure something out. It’s so tough and so tight. We just have to work together, have to work smart. I think by doing that we’re going to be successful, I’m pretty sure of that.”

Asked if he relished that underdog role, Bourdais was honest, commenting, “There’s no denying that showing up in a top team with a car that’s all sorted out and ready to win the championship is nice! The challenge game, let’s face it, was my opportunity to give it another go. Ever since I’ve come back [to Indy car racing in 2010], there were opportunities, but it never really lined up time-wise.

“When we started talking to Larry, really the way he perceived the way things were, where he wanted to take the team back, the ideas and engineering options, so on and so forth, that we’re presenting, I really thought that that can definitely work.

“As we know, in IndyCar, if you put the right people in the right places and you get a good group that works well together, you can go a long way. I’m really hopeful we can assemble a group of people that work together well and are producing results for Larry and A.J., and what the name represents.”

Bourdais also commented: “For me, everywhere I feel like there is a good opportunity in IndyCar and I can add something to the table, I’m going to be interested. It’s where my heart is. I love driving those cars. Who doesn’t want a good challenge?”

Foyt also admitted that another reason for getting Bourdais signed early and getting him in the car early – i.e. for the final three races of 2020 – was to help retain its best current staff members and attract potential newcomers to the team owned by Indy car racing’s most successful driver, A.J. Foyt.

“Absolutely… We have a lot of good people that we want to keep with us. Also if we have a couple of holes we can put some good people in that may be interested in being a part of this program, we wanted to get it out there, let people know what we’re trying to do.

Regarding targets for 2021, Bourdais said he may initially regard pace and potential as more significant than results.

“I don’t like to set things in concrete,” said the Frenchman, speaking from Le Mans where he is due to compete in the 24 Hours driving a Risi Competizione Ferrari 488. “I think like Larry was saying, we see a very tough field, and expectations can lead to mistakes.

“Obviously if you have things going your way, in 2018 [at Coyne] we were just kind of shot out of a cannon! We were leading the championship and stuff like that. We did it in ’17 as well. And then sometimes you have a lot of pace and have nothing to show for it.

“So I think I’ll be very happy if we can show that the team has the potential that I think it has, then just keep on making it better and taking it one step at a time. Seeing progress in the situation we’re in right now is definitely going to be what we’re reaching or looking for. On top of that, if we can be competitive fairly quickly, that would be great… but sometimes you have to be patient and take what comes to you.”

Before Coyne released him last fall, Bourdais was able to test the DCR-Honda with the aeroscreen fitted at Sebring, and then ran the Foyt-Chevy in February. Asked if he could compare the cars, Bourdais replied: “I think it’s tough to attribute which part is affecting what. There was definitely a bit of everything. Obviously I tested the Coyne car with the aeroscreen but I think the platform was quite different and the conditions are always a bit different. That’s a very condition-sensitive track, Sebring.

“Yeah, definitely it was a bit of a different setup philosophy. I was quite pleased with the level of performance. The [Foyt] car felt quite different, but something that everybody was quite comfortable working with and trying to give a shot. I’d say overall it was a pretty good success. That left us all wanting more.” 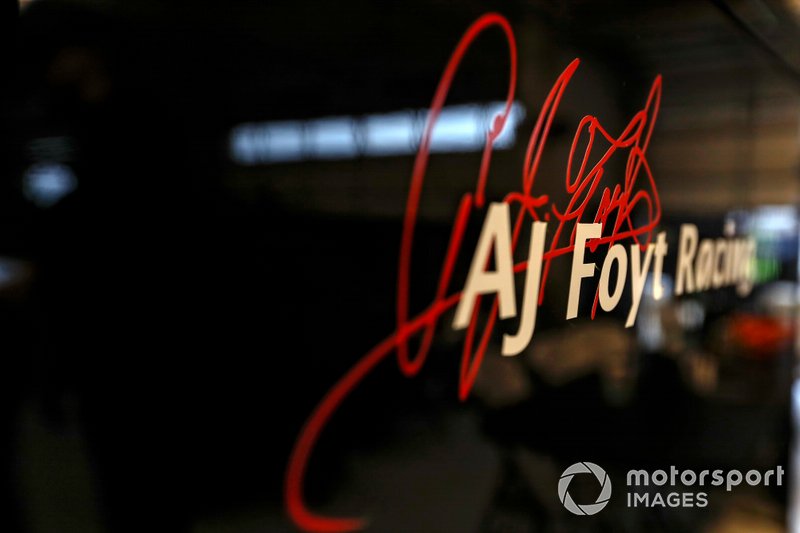