Romain Grosjean says he is “hugely interested” in Peugeot’s Hypercar programme for the FIA World Endurance Championship and return to the Le Mans 24 Hours.

Grosjean is currently waiting to learn about his Formula 1 future as Haas considers a number of drivers for the 2021 season.

The Frenchman has raced for Haas since its debut in 2016, but is out of contract at the end of the  year, and has previously said he has opportunities outside of F1 for the future, citing WEC and Formula E as possible options.

Peugeot will return to the top category of sportscar racing in 2022 when it joins the new Le Mans Hypercar class, designing a new prototype.

Asked by Motorsport.com if the Peugeot project held any interest, Grosjean was excited by the prospect of the manufacturer returning to Le Mans.

“A French constructor at one of the greatest races in the world, for sure it’s a nice project,” Grosjean said. “I hope with hypercars, as many constructors as possible will come back and the endurance championship will enter another golden era.

“Toyota are doing a great job, but let’s be real: nowadays, watching the 24 Hours of Le Mans with a car that’s fighting its little sister, or big sister, is not very exciting.

“Peugeot is coming, there’s Toyota and, I hope, other constructors. It will once again be a thrilling race whose result you never know, even five minutes from the end.”

Grosjean said that while there were “many things” for Peugeot to resolve before deciding on its driver line-up, he was eager to discuss its plans down the line.

“We will get in touch sometime, as this is a project I’m hugely interested in for the future,” Grosjean said.

Grosjean raced at Le Mans in 2010 with Matech Competition (pictured below), as well as taking part in that year’s FIA GT1 World Championship following his exit from Renault’s F1 operation at the end of 2009.

Haas is yet to make any decision on its driver line-up for next year, but Grosjean again hinted at options outside of F1 when asked about his future.

“I think the maths are quite easy, there aren’t many seats left,” Grosjean said. “So in that aspect, there is a little bit less speculation, and also looking at other options as well outside of F1, to see what could be really tempting.

“I guess we will know soon enough for everyone, so luckily we don’t have to answer that question any more in the future.” 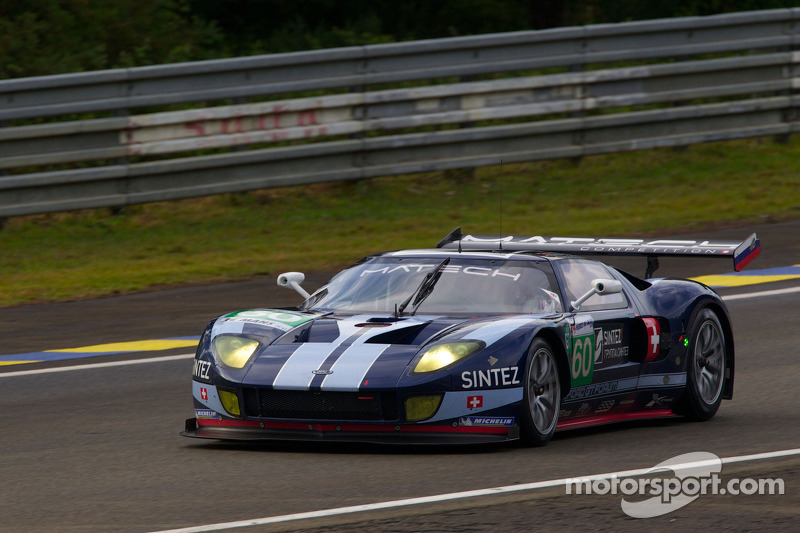