After the official info drop yesterday, the latest version of Gran Turismo Sport is now available for players.

Weighing in at 848MB, the mid-summer update adds five cars and five GT League events, plus a handful of other features. Read on for the full breakdown.

Like last month, there are five new cars for players to add to their garages. Two of them are new to the franchise, while all five are older models. The newest of the group ended production around the turn of the millennium:

The two GT newcomers are the 1954 Jaguar D-Type and 1981 Porsche 911 Turbo. As innovative as it was fast, the D-Type earned Jaguar many accolades during the ’50s, including multiple Le Mans wins. While it was produced from 1954 to 1957, only this model failed to capture the top step in France.

Being the first road-going turbocharged Porsche, the 930 has quite the reputation. Dubbed “Widowmaker” at the time, the combination of short wheelbase, that iconic rear-engined layout, and early-era turbo lag proved difficult. This example is one of the later 3.3-liter models, with 300hp and a four-speed gearbox.

The remaining trio should be familiar to Gran Turismo players. The Honda S800 and Civic Type R have both been stalwarts of the franchise for ages, debuting in GT4 and GT1, respectively. Meanwhile the Mazda is a bit of a surprise: the touring car started life as GT5 DLC, and despite its clear race-car bent, sits in the N200 class. We expect this one to be quite popular online… 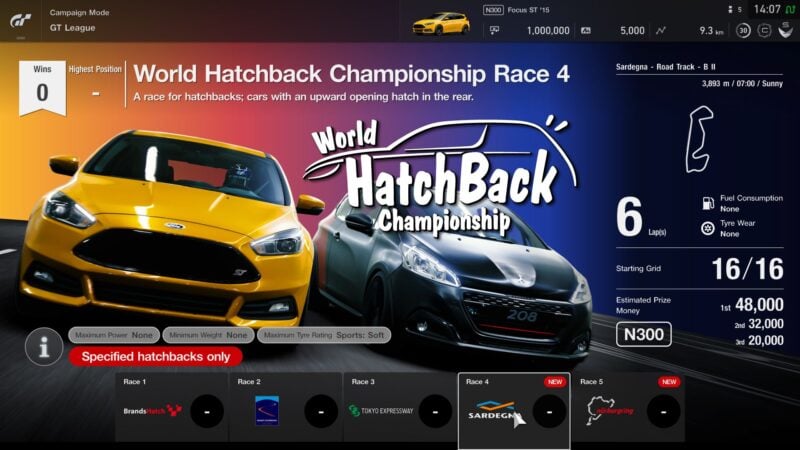 Per tradition, GT League swells with yet more events this update. For 1.41, five races are new, expanding three of the existing series:

Polyphony Digital has stated there are other unspecified fixes and improvements in 1.41, so as ever, keep an eye on our GT Sport forums for anything that might pop up!