Crashing with Valtteri Bottas at Imola, George Russell says it won’t damage his relationship with Mercedes as there is “understanding from both sides”.

Seeing an opportunity to take ninth place off Bottas and score his first points for Williams at the Emilia Romagna Grand Prix, Russell drew alongside the Mercedes driver down the main straight with the aim of passing him around the outside at Turn 1.

The Williams driver, who felt Bottas defended overly aggressively and squeezed him, touched the grass, lost control of his FW43B and hit Bottas.

Both drivers crashing out at high speed, the two cars wrecked.

Mercedes motorsport boss Toto Wolff was livid, saying Russell, a Mercedes junior driver, could find himself racing in the Renault Clio Cup next season rather than being promoted to a Mercedes race seat.

Russell, however, is confident that won’t be the case.

“It’s not going to harm my relationship with Mercedes at all,” the 23-year-old said to RacingNews365.

“I’ve already spoken with them. There’s understanding from both sides.

“From my side, when you’re looking forward, you’re not really taking the consideration of which car it is at the end of the day. The move was absolutely on.

“Should I reacted how I did afterwards in the heat of moment? Probably not, no, but as I said, the emotions are incredibly high. We exchanged words and that was it.” 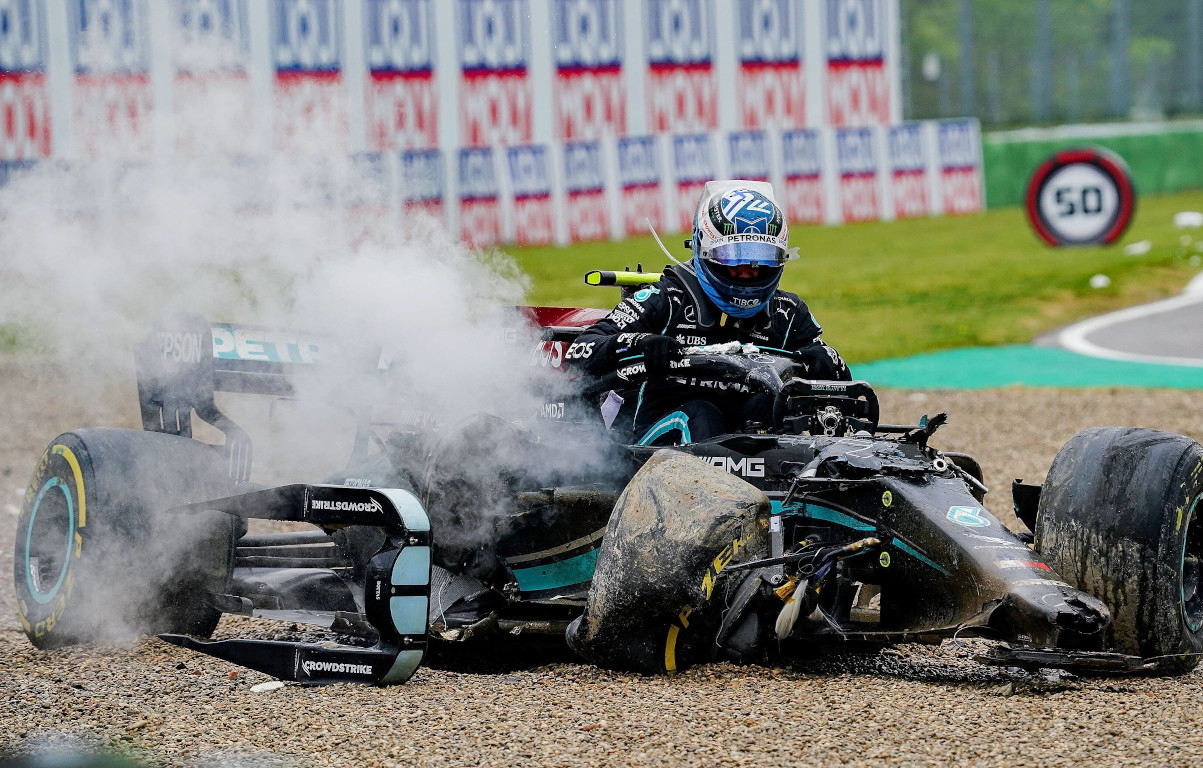 Wolff, though, doesn’t seem to be as okay with the situation as Russell seems to think.

Speaking after the race, the Austrian said: “George should have never launched into this maneuver. Considering that the track was drying up, it meant taking risks and the other car is a Mercedes in front of you.

“In any driver’s development, for a young driver, you must never lose this global perspective. So yeah, lots to learn.”

Russell doubled down, adamant he was right to try the pass.

“As I said, it was not a reckless move. The move was totally on.

“Was I in the wrong? I caused the crash by spinning but was I wrong to go for the overtake? Absolutely not.”