Formula One is, arguably—and we definitely know you can debate this—the world’s premier motor racing series. It’s been going for more than 1,000 races, over the past 70-plus years now. Millions of people watch it worldwide and despite the difficulties of operating a colossal, international series during coronavirus, it’s still putting pretty decent seasons together. But everyone seems to be very angry about it all the time, including people who like it or are even investing massive amounts of money in it.

Honda announced last week that it will leave the sport, for the fourth time since F1’s inception, after the 2021 season. The reasons cited in the press release were that the company has to refocus its engineering capacity on achieving net carbon neutrality by 2050, with no capacity left for running a Formula One program on the side.

A lot of people have been pretty cynical about that as a proposition. After all, Formula One has announced the (vague) ambition to be carbon neutral by 2030, two decades before Honda are aiming to get there. 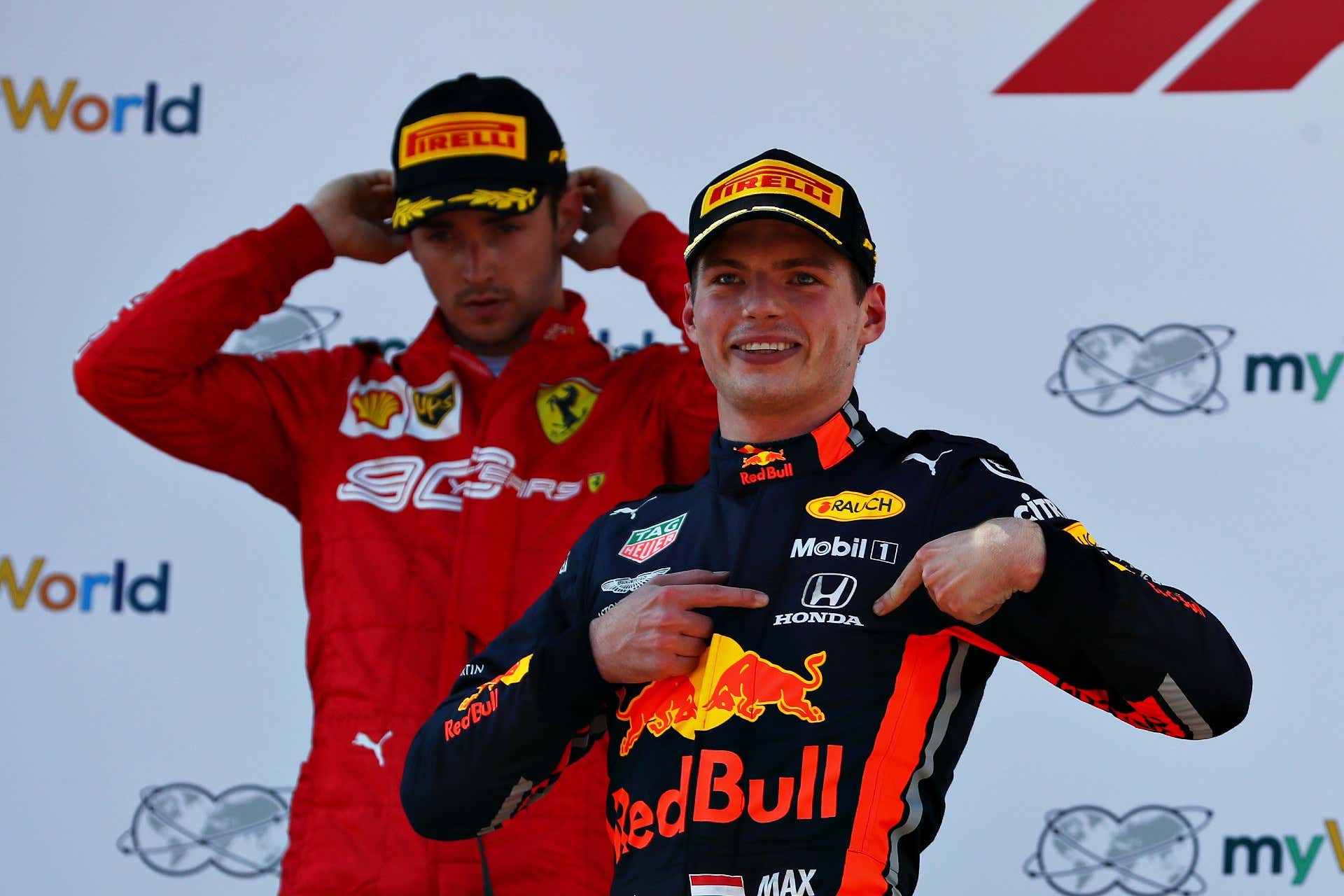 The hybrid era of F1 uses the most efficient power units ever built. They’re artisan, mind-numbingly over-engineered works of automotive art, a V6 and the energy recovery system taking 100 kilograms of (high-end, bespoke but) road-usable fuel through a whole Grand Prix, at speeds the sport has never seen before.

They’re one of the things making everyone incredibly angry, of course.

Mercedes, the dominant force of the hybrid era, has said its power unit has achieved thermal efficiency over 50 percent, with the electric powertrain elements at over 96 percent efficiency. For a system that, although it’s got a battery, starts a race with no plug-in charge and has to regenerate everything it uses, that’s pushing the limits of physics, given every material has some resistance.

Speaking of Mercedes, a few days after Honda’s departure announcement, Merc’s parent group Daimler announced a new “Electric First” strategy and six new electric vehicles in the EQ range, associated with Mercedes’ Formula E team. No need for panic over at Formula One Management, however, as the brand said it’ll be using HPP—the same research and development division that develops its F1 power units—to directly plug in technology to the new cars.

Nice to be Mercedes, of course, whose F1 program actually turns a profit despite costing upwards of $400 million a year, making it hardly difficult to justify to even the toughest boardroom crowd. Less nice to be Honda, whose return to the sport in the hybrid era, motivated by the potential to make the truly efficient race cars that have actually been made, hasn’t been as dominantly well-received.

By 2017, during the end of three miserable seasons as supplier to a spiraling McLaren, there was already speculation about whether Honda would walk. At the time, the F1 division was going door-to-door to backmarker teams, asking if anyone might be interested in their power units rather than another gamble on last season’s Ferrari. 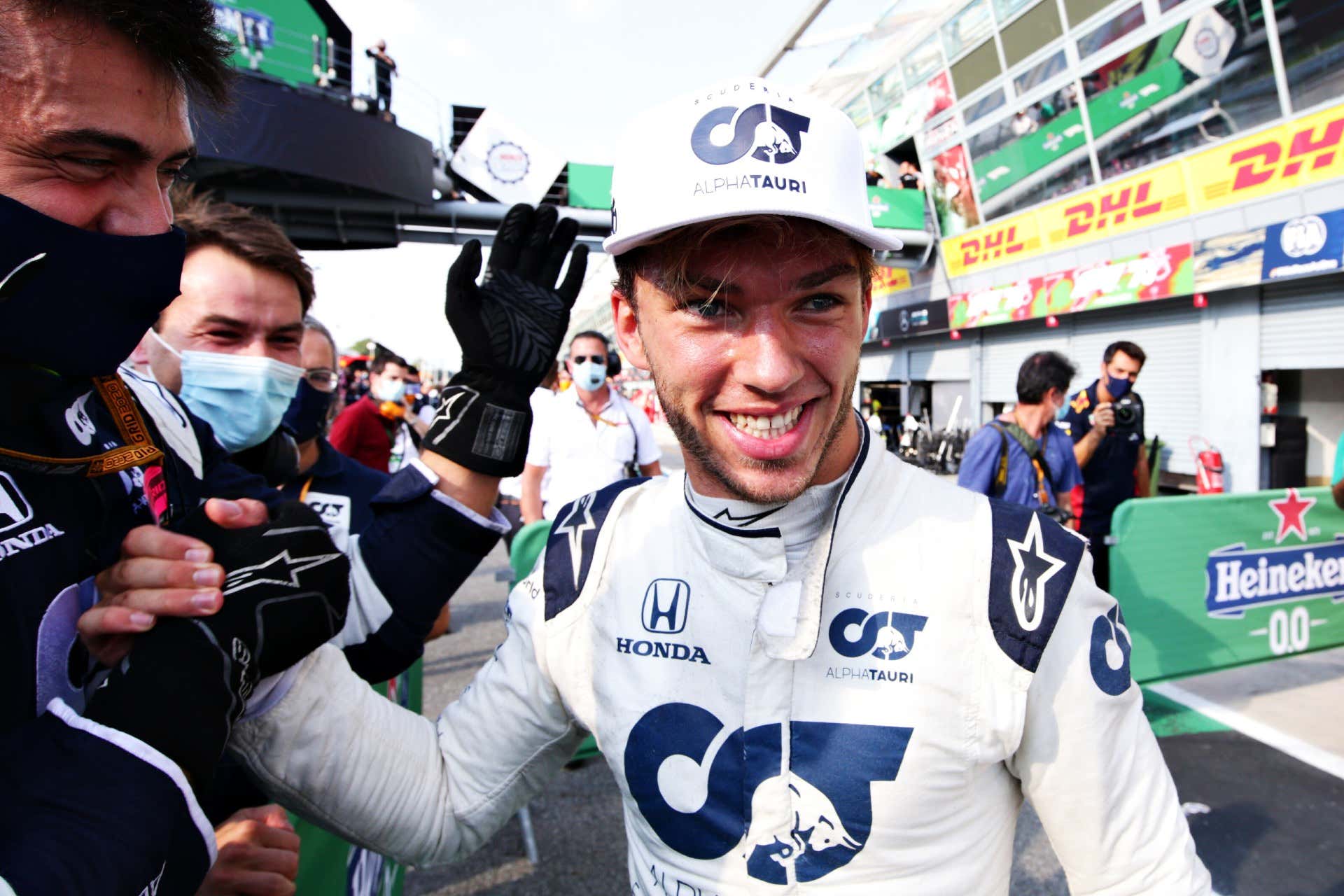 There’s nothing like a redemption story and Honda has eventually, with a sense of relief similar to a Red Bull driver getting a contract renewal instead of the boot, come good. Honda is the only hybrid-era manufacturer to win with two separate teams (Max Verstappen has taken four victories for them at Red Bull and Pierre Gasly snatched an impossible win for AlphaTauri in Monza) and have vowed to throw everything at a last gasp title challenge for 2021.

So, why quit now? Just when things are looking relatively ok? Surely it’s not only the threat of Fernando Alonso coming back.

Honda has said that it’s because its  F1 engineering program is driven from Sakura, where they need to repurpose expertise to battery and fuel cell electric vehicles. Which is how it justifies the kinda anachronistic announcement, days after their F1 exit, that it’s long-term committing to IndyCar which, with the best will in the world, doesn’t exactly have road relevance or eco principles front-and-center of its image.

As a company, Honda is polite to a fault. The years of verbal beatings from McLaren never saw it fire back and while the team definitely editorialized where it felt the shortcomings were in its car, the supplier never sniped at its customer in return.

So it should come as no surprise that F1 Managing Director Masashi Yamamoto’s view on the series’ carbon neutrality ambitions was carefully phrased. Speaking from the Nurburgring on Friday, he said, “We respect the regulations that the FIA and F1 are looking to implement going forward. I think when we look at the overall target of carbon neutrality, we’re both moving in the same direction.”

Moving in the same direction doesn’t mean “We think F1 is the best platform to showcase our commitment to future carbon neutrality,” of course. Honda has said, for the moment, that it’s not pursuing a Formula E entry so this isn’t a pivot to a cheaper series, it’s a move specifically away from F1.

Despite all the technology in the hybrid power units and the fact a lot of it could go directly into electrification, as Mercedes is spinning its program, Formula One does not have green credentials. The hybrid era, rather than being celebrated for the gains in speed and fantastic efficiency of the sport, is widely derided.

Every era of F1 is derided at the time. But from rose-tinted demands to “bring back V12s” (one of the least reliable engines ever used in F1, even at the time when you could run through four per weekend) only reinforced by the apologetic way even the FIA treats having to move to the current era, post-2014 power units really get roasted.

Another series had the choice to ditch hybrid power when LMP1-H collapsed as a category with almost all its manufacturers departing in search of new, electric fields. Oh, sounds familiar. Going back to “simple” V8s for privateer LMP1 entries in WEC has only made, if anything, even more people even angrier, though, as Toyota’s increasingly mothballed hybrid proved how much faster the factory outfits really were. 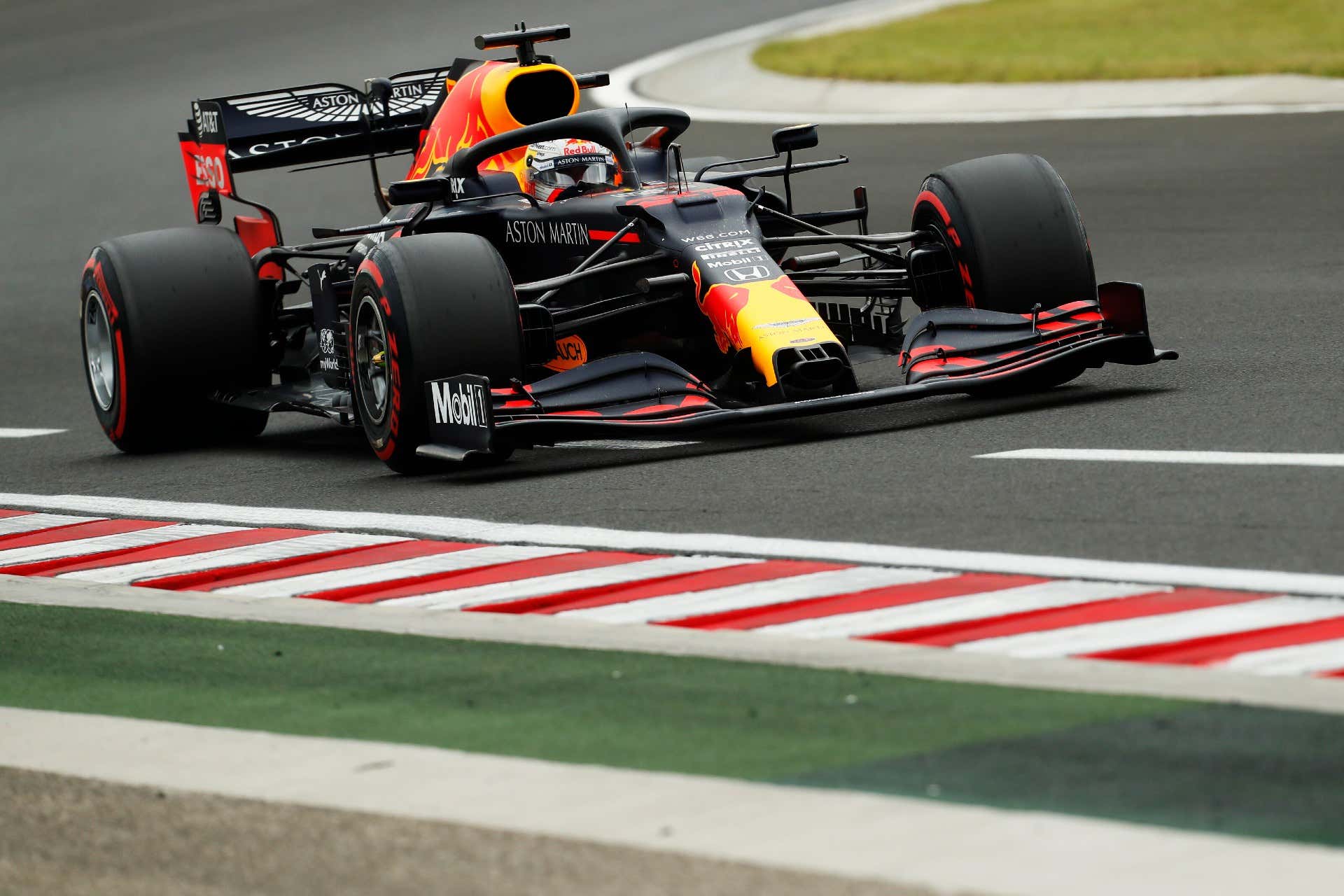 Some fans might tolerate Formula One getting slower but louder as a nostalgia sop. But they equally won’t stop watching if it doesn’t and there’s even a chance to gain new fans, as Formula E has done, by picking up the youth contingent who are much more interested in Tesla than what was in the back of some semi-legal Ferrari in 1995.

So why is the series so scared of just coming out as green? Carbon neutrality, as an ambition, is a bit of a corporate handwave compared to the actual technology 20 dudes are right this minute lobbing ’round the Nurburgring.

Yes, F1 has oil sponsors but the likes of Shell are spending huge chunks of their marketing budget trying to look green. Exercise cynicism all you like about that but it’s clear they wouldn’t be put off by a bit of shouting about how great this actually is for the environment, so it’s not financially driven.

There’s a petrolhead culture in F1, from commentary to media and there’s a real embarrassment to talking about the hybrid tech at all, let alone saying anything good about it. So why, if you’re on Honda’s board, would you look at the R&D program asking for another few hundred million and sign off on it?

At least if you’re making your own road powertrains you can say what you like about them without the risk of some Spanish guy telling millions of people how rubbish they are every weekend and the commentators solemnly saying what a huge mistake the whole concept is.

Lewis Hamilton, these days, doesn’t have much of a culture of politeness about what he thinks F1 needs to do. Just this weekend, he’s condemned the plan to cut down 200,000 trees of rainforest in Rio de Janeiro to build a new track and then went on to say Formula One has a “long way to go” if it wants to impress on green factors.

It isn’t a case of making the power units any more efficient or relevant—they’re already there and can drive forward change in the sector, something that’s an easy sell to OEMs flailing for a changed image against a backdrop of new silicon valley competition. The sport just needs to commit to saying they are and admitting how far it’s actually come, how well its manufacturers are already facing the automotive sector’s biggest challenge for a century.