Ariel has refined the Atom over the past 20 years, though it may not be obvious how. It has the minimum number of parts to be considered a car, lacking doors, windows, a roof, or bodywork. It’s one of the purest experiences you can have behind the wheel of a car.

The Atom became famous in 2004 after it rearranged Jeremy Clarkson’s face. Part of the Atom experience is that face-warping speed, with versions using boosted Honda K24s and or a tiny V-8 with 500 horsepower.

For 2021, there’s a new version, dubbed the Atom 4. It may look the same, but it’s all new. Here’s what we learned after a session on track at New Jersey Motorsports Park. 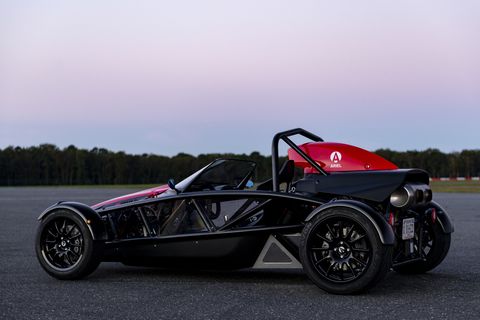 The Atom has always had a reputation as a rocket that could also be a bit of a handful. The new Atom cures that with progressive breakaway while still being wildly quick. The chassis is 15 percent stiffer and the revised suspension geometry is more forgiving. My first laps on track were tentative as I learned the car, but I ended up increasing pace quicker than I planned as I learned that the Atom wasn’t planning to kill me when I started to push.

Instead of feeling like you can’t work up to pace in the car, that it’ll bite as soon as you stop expecting it to, the Atom 4 encourages you to keep pushing. To brake later and get on the power earlier. Slides are easy to catch. It’s serious appearance gives way to a joyful demeanor on track. The Atom 4 is a viable option for track day veterans and rookies alike. 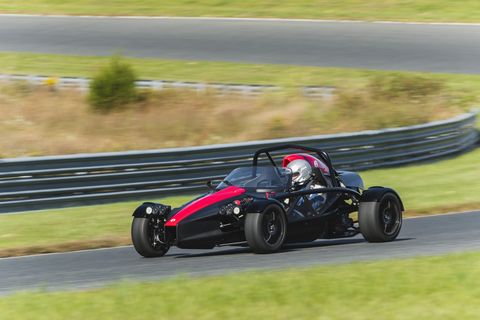 It’s a shockingly easy thing to get comfortable with. Once you’re in the driver seat, it’s just a car. I mean that in the best possible way. The gearbox is from the Honda Civic, so it’s delightful and easy to use. The pedals are perfectly placed for heel-toe and the clutch is light and progressive. There’s even a backup camera to keep you from running over kids in the paddock. At its core, the Atom is a Honda that’s been stripped of everything non-essential while still retaining that convenience and reliability that everyone loves. Win.

3. The engine is way different. 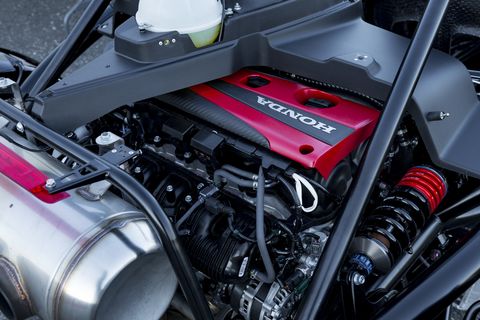 The previous Atom, the 3S, had a turbocharged Honda K24, the high-revving engine that was in the older Civic Si. It was a manic thing, combining boost with the pronounced VTEC switch to make it feel like you were driving in fast forward. Truly thrilling.

The newest generation of fast Civics are excellent to drive, but they lose that high-revving character of the K24. The Atom 4 uses the K20C, which is the turbocharged 2.0-liter four from the new Type R. While it puts out up to 350 horsepower in this application and makes some delightful pop off sounds, it lacks top end and runs out of push around 6000 RPM. The pace is still there, thankfully, but power delivery is far less exciting than it was in the 3S, replacing a wild cam changeover with a huge chunk of torque that’s available low in the rev range.

It changes the way you drive the car. Knowing that it doesn’t need to be in the upper third to make power lets you use higher gears than you might think and still get the same rush out of a corner. On straights, you’ll short shift to keep the momentum going. It’s a different kind of exciting, a less obvious crescendo. Instead, the speed is a surprise, the sort of thing where you suddenly realize you’re doing triple digits in a car that barely has a windshield.

4. It has trick traction control. 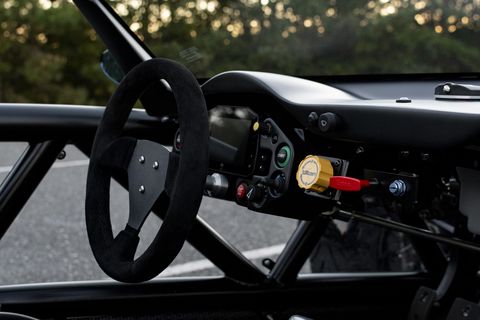 Traction control in most new cars applies brake to a spinning wheel in order to keep it under control. In most settings, that totally fine, but on track it can be disconcerting and intrusive. What you really want is something that works with you, makes you quicker. The Atom has that.

It’s true motorsport traction control cutting spark instead of applying the brakes. And, it has a dial to select just how much saving you want. I left it in setting three for my time in the car, which let the tail slide a little, kept wheel spin down, and rocketed the Atom out of every corner. It’s the best sort of system, one that’s in the background working, but doesn’t make itself obvious at any point.

5. The new car shares three parts with the old one. 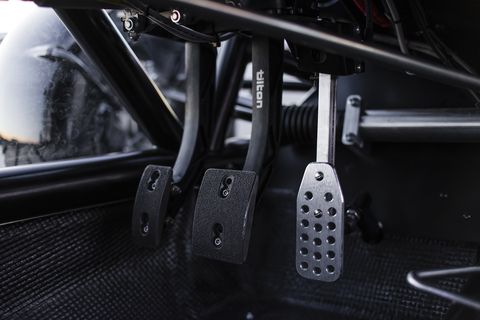 It may look the same, but nothing consequential carries over. The clutch pedal, brake pedal, and fuel filler cap are the only things you can exchange with a 3S. That means even the gas pedal is different. Wild. And every one sold in North America is built here, too, with assembly happening at TMI AutoTech in Virginia.

If you ever thought you wanted an Atom but were too scared to buy one, don’t think that anymore. The new one still has power and speed, but is an excellent tool to make you the fastest person at the track.