Red Bull Formula 1 boss Christian Horner says it was “quite incredible” Max Verstappen finished the British Prix after being taken out of a podium place by Sebastian Vettel.

Verstappen had just overtaken Vettel at Stowe when he was rear-ended by the Ferrari driver into the next corner, which sent him airborne over a kerb and into the gravel.

The crash only dropped him to fifth place and he made it to the finish in that position, while Vettel – who apologised after the race – finished at the back after a 10-second penalty.

After the race Verstappen claimed he suffered a broken diffuser and floor.

Horner said: “That was very frustrating and obviously it was remarkable the car held together. To keep going with the damage he had, that was quite incredible and at least he managed to finish the race and get some points out of it.

“It is frustrating because he had obviously made a great pass on Seb and I can only imagine that it was a complete misjudgement by Seb to lock up and hit him the way he did.”

Verstappen’s fifth-place finish, combined with Vettel failing to score for the first time this season, meant the Red Bull driver strengthened his grip on third in the drivers’ championship.

He would likely have moved into second place when Valtteri Bottas made his final pitstop late on.

Horner said his driver lost a nailed-on podium, two weeks after his first win of the season, regardless of which place he would have ended up.

“Obviously from our perspective it was very frustrating because it knocked Max off a guaranteed podium,” said Horner. “Which spot on the podium, we don’t know what it would be.

“He would certainly have been second on track, and then whether Valtteri could catch him or not we would have to wait and see.” 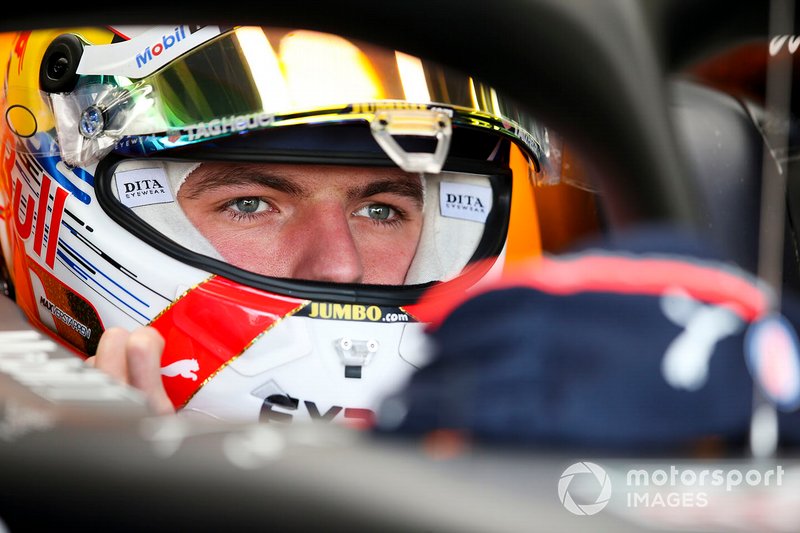