Yuki Tsunoda may have expressed some regret about not embracing his love of motorsport earlier, but that hasn’t stopped him making up lost time on his way to Formula 1.

The Japanese youngster is about to embark on his rookie F1 campaign with AlphaTauri after a pretty swift rise up the ranks.

But what has been especially impressive is how much he has matured and improved each season, and not been afraid to seek input from outside if he has felt he needed it.

His progress up until F2 had been slightly under the radar, and although he took a win in his first F3 season in 2019, and a triumph in the Euroformula Open Championship that same season, he did not feature much in the title battles.

But F2 in 2020 marked a step change in Tsunoda’s progress, and it’s something he puts down to channelling his focus in a bid to get better.

“Last year for me was a season in which I made a big improvement in all aspects of my job,” he explains about the step up he made in his rookie F2 campaign.

“First of all, in terms of my driving but also in terms of my mentality and psychology regarding how I approached my racing. I think I improved a lot during Formula 2. It was a very successful season, one of the best in my racing career.

“At the start of the season, I already had a good pace and could compete with strong rivals, but I lacked consistency until the middle of the season. That meant I was unable to get good points in the early races.

“Then, from the mid-season on, I worked with a psychological trainer and we talked a lot about my racing – how I prepare for the race and my attitude during the race – as well as other factors. That resulted in my mentality improving a lot.

“By the end of the season, it was not yet where I wanted to be, but had improved so much since the start of the season. My on-track results continued to get better.”

Tsunoda certainly seems to be someone who is open-minded and willing to listen, rather than thinking he knows everything from the off.

He cites the progress he made with better understanding tyre management as a key example of where he had to make some extra effort to step up his game.

“At the start of last year – during the rookie test for example – I struggled with tyre management compared to my teammates,” he said.

“However I have worked hard with the team and watched races from previous seasons to learn how to better manage this. The hard work we all put in paid off, as by the end of the year I had received the Pirelli award – which showed just how much progress I had made.” 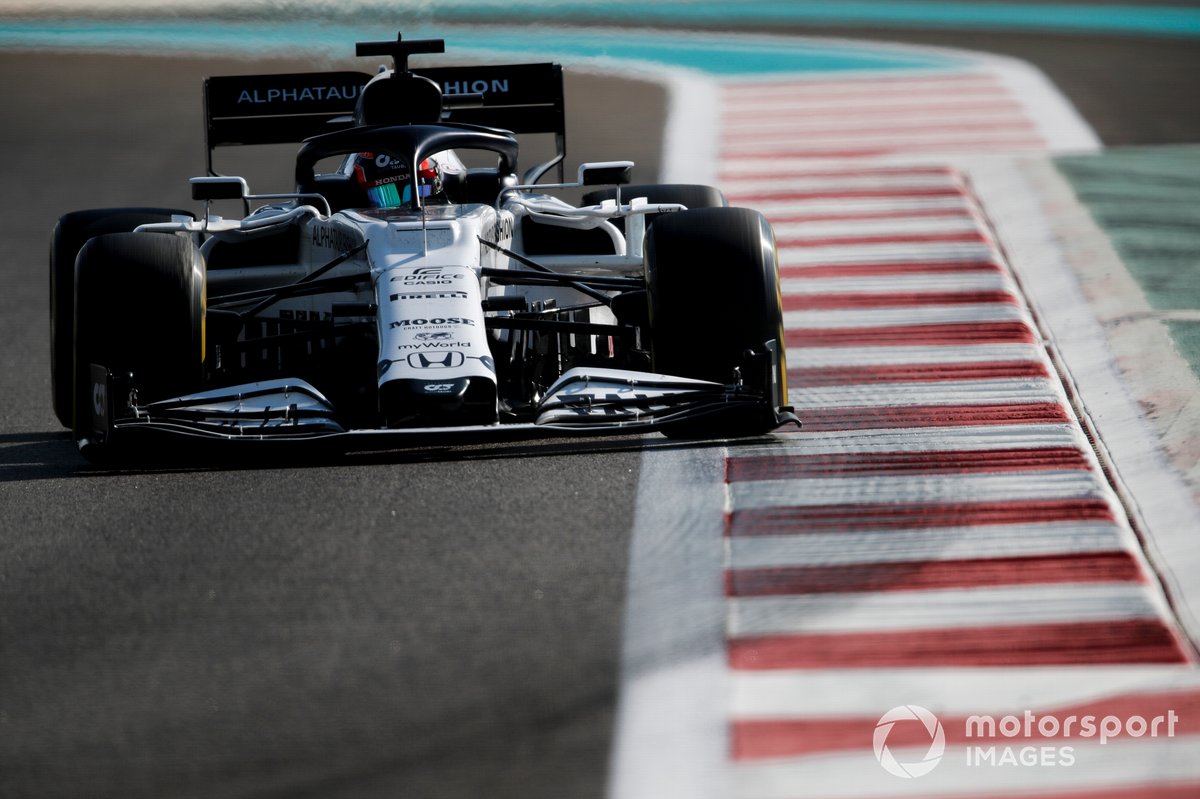 Even going back to his karting career. Tsunoda talks of the advice he got from his dad as he started out racing properly for the first time.

“My father was my mechanic until I was around 14 or 15 years old,” he said. “I have to thank him for all the success I have so far – he has helped me to become a better driver.

“Braking was one thing he taught me the most, particularly how and when to brake. He taught me that braking is very important going into the corner and that can make the car rotate.

“And if you can rotate the car more than others, you can apply the throttle again earlier than others. I practiced that a lot in karting. It gave me a lot of confidence and I still use what I learned even today.”

But there is one area where Tsunoda will not change his approach no matter how much people try to convince him. That is his reluctance to get involved in sim-racing.

“I like shooting games – such as Apex Legends and Call of Duty – and sometimes when I’m playing them, I imagine shooting at someone I hate…it works well, it boosts me!” he said.

“I find that sport and gaming help me to reset my mind and I feel refreshed afterwards. However, I don’t like racing games, as I don’t find them realistic.”