A salary cap for both drivers and top team personnel has taken a step closer to becoming a reality from 2023 – but how will it work, and can it be policed?

The principle was supported in an F1 Commission meeting held after the Portuguese GP. However the details have yet to be signed-off, and it’s not entirely clear how it will operate.

What has been agreed is that reining in salaries is the logical next step following the introduction of the budget cap that comes into force next season.

Earlier this year, with the start of the 2020 season postponed and with limited income being generated by the F1 organisation with which to pay the teams, the sport’s stakeholders made a wise decision to reduce future spending.

There’s a long list of items that are not included in the budget cap, which in essence represents the cost of building and running the cars.

Among the exclusions are driver salaries, plus those of the three best-paid employees at each team – typically including the team principal and technical director.

With all stakeholders aware that the financial impact of COVID-19 could be felt for years to come the team bosses have now agreed to add drivers, and themselves, to the cap equation.

However, the restrictions won’t come into force in 2023. Contracts that have already been signed and which extend to that season – such as that of Charles Leclerc at Ferrari – are not affected, and will be subject to a transition period.

Furthermore until the rules are published there is a window in which new deals can be agreed.

The basic idea is that teams will have a maximum budget of $30m to split between two drivers. Most will spend substantially less than that, and in theory if they take two paying drivers who bring sponsorship and don’t take a salary from the team, the bill could be zero.

Teams can also spend more than $30m on drivers should they wish, but it’s been agreed that any excess will simply be lopped off the team’s operational budget cap.

However, it won’t work the other way – you won’t get “credit” to spend elsewhere if you don’t use the $30m limit on drivers.

In fact a major topic of discussion in the F1 Commission meeting was the idea that the $30m could simply be lumped in with the rest of the budget cap, so that for 2023 the total would be $135 plus $30m, or $165m, and then you would decide how to allocate it.

Haas boss Guenther Steiner, whose team is never going to trouble a $30m driver salary limit, sees that concept as a way forward.

“I think at some stage, there will be that crossover point coming,” he said at Imola. “So that if you invest in drivers, you cannot invest in the car, but you need to go step-by-step on these things.

“We need to stabilise these financial regulations first, that we know exactly how it works, and then maybe can make a step forward.” 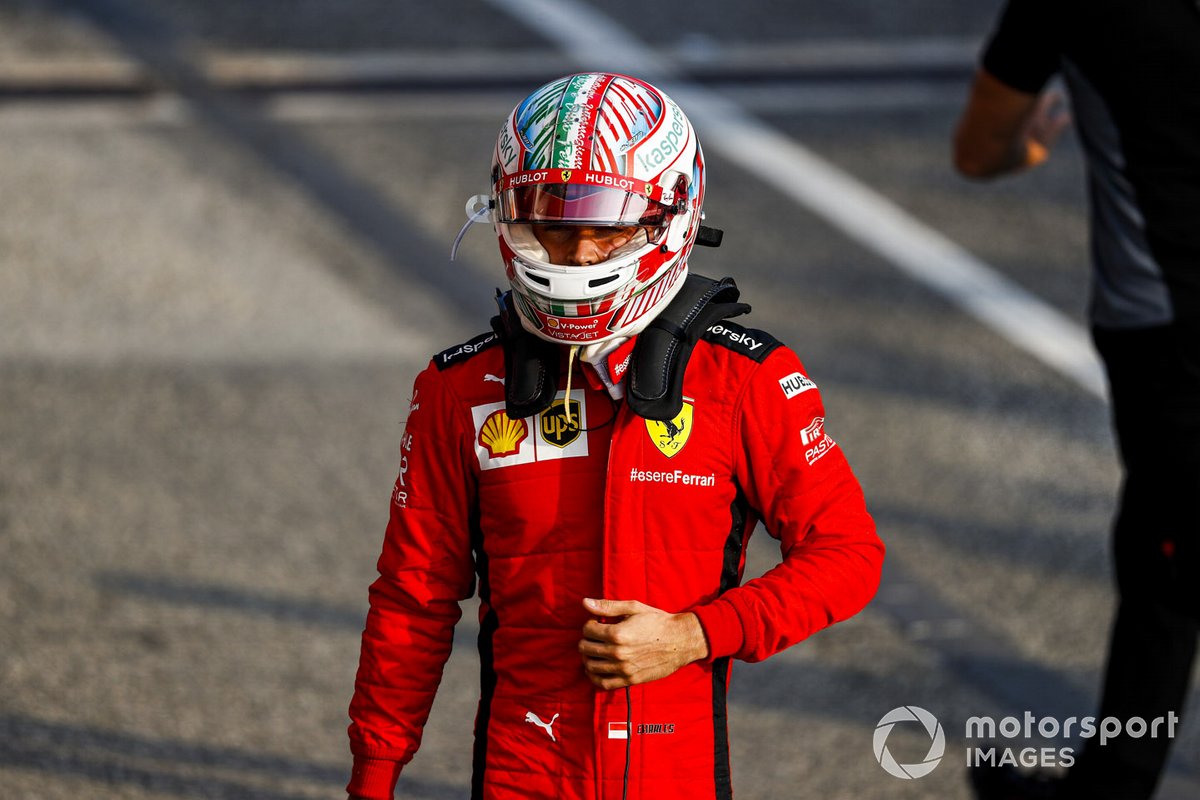 However, the idea of adding the $30m to the rest of the budget cap generated opposition, and for logical reasons – mainly related to the fact that year-on-year a team might switch from a cheap driver pairing to an expensive one, or vice versa.

The concern is that if you move from cheap to expensive drivers you will potentially have to sack other team members to pay for them, and that doesn’t send out a very good message.

That lack of stability on driver salaries led to an agreement that the payments should come from a separate pot, and only if a team chooses to go beyond the $30m would it impact the overall budget cap.

The grey area, and one that requires further investigation and refinement, is how to stop teams getting around a salary cap by channelling payments from elsewhere.

As a theoretical example, there’s little point in restricting what Lewis Hamilton is paid by Mercedes if a third party like Petronas diverts some of its sponsorship budget directly to the driver to top up his official team salary.

It’s a complicated and controversial issue. Some driver salaries are paid directly by team sponsors anyway, while most have their own personal deals on the side with companies not affiliated with their teams – and logically those extra earnings should not be limited by the new rules.

It’s a minefield. However, there are successful restrictions on hidden payments in US sports, and F1 bosses are confident that it can be policed. As with the main budget cap there will be a threat of heavy penalties for any indiscretions.

The salary cap is an emotive subject, and a particularly difficult one for Toto Wolff, who is currently engaged in discussions with Lewis Hamilton over a future contract. Whether 2023 is close enough to already figure on either man’s radar is another question.

“It’s clear that drivers, the ones that in F1, are the best in the world,” Wolff said in Imola.

“And they should earn high salaries like all the other top stars in the sport. And today those salaries are limited, or their income is limited, to what they are getting from the team, because the scope of promoting the brand endorsement deals etc and the rights are very limited.

“And I think that’s why it would be interesting to sit on a table with representatives of the drivers and the drivers themselves to say how can we align ourselves long term that everybody’s benefiting from a growth in F1?

“And like American sports have done it, without really harming future earnings for the drivers.”

So what of the team bosses? You might think that those guys agreeing to a cap on their wages would be akin to turkeys voting for Christmas, but to their credit they’ve recognised that it would not be a good look to cap driver salaries, and not their own.

The complication with restricting payments to the top three employees is that the system has to be fairly balanced between the 10 teams, and yet everyone has a different set-up.

At some the team principal and CEO are the same person, at others they are not. At McLaren for example Zak Brown spends much of his time on non-F1 projects, so how would his salary be apportioned?

And where would someone like Helmut Marko, technically an employee of the main Red Bull company but involved in two teams, fit in?

Most team principals are purely employees, while others – notably Toto Wolff at Mercedes – are also shareholders, which further complicates matters.

In addition, payments for top staff are usually linked to success, with significant bonuses paid for race wins and titles, and that has to be catered for. Official records show that the highest paid director of the Mercedes team, which we can safely assume was Wolff, received £6.9m in 2019, reflecting another double championship.

The size of the pot for the three best paid team members has yet to be decided, but one option under discussion is that – in contrast to the drivers – the number could be added to the overall budget cap.

It would work for the top employees, because payments and contractual arrangements tend to be more stable over time, without the potential for yo-yoing seen with drivers.

One possibility under discussion is that rather than add say $5m to the $135m cap for 2023 to cover the bosses, their salaries would simply be included in that original $135m figure, as a simple way of squeezing the cap and further bringing down overall spending.

Team principals have greeted the salary cap with varying degrees of enthusiasm.

“We are supportive of the discussion to introduce a salary cap for the drivers,” said McLaren’s Andreas Seidl. “I don’t see a lot of negatives really, and I think there’s enough examples around in other sports that it is actually feasible to introduce it.

“I just think it’s important we introduce it in parallel with a cap on the top three salaries of each team, and for us it’s simply the next logical step to do after we introduced the budget cap next year.”

“The discussion of a cap is at the moment exactly that,” he said. “There’s no firm rules or regulations, it’s not been voted in, it’s not become part of either sporting, financial or other regulations.

“And of course, if a team chooses to spend more than the cap, it comes out of the amount within the cap. So it’s not therefore limiting the amount that a driver can earn, it is just simply dictating to a team that there will be a maximum allowance for the drivers, and anything beyond that would have to come out of effectively the chassis cap.

“Obviously costs are sensitive for everybody at the moment, and it was tabled, it got a reasonable response.

“So we’ll see where it goes. But it’s far from being a set of regulations, because there’s all kinds of legal ramifications that need to be looked at to see if it is actually implementable.”

Ferrari boss Mattia Binotto, committed to a long-term deal with Leclerc, also stressed that the details will be important.

“What I can say is that I don’t think we decided yet,” said the Italian. “The only decision that has been taken is that yes, we are all prepared and happy to go further in analysing the situation, evaluating what can be the system in order to apply it.

“We’ve got a contract in place long-term with Charles, so it’s a delicate matter. I don’t think there is an easy solution.

“I think really we need to dig into it and understand all of the implications, which at the moment I do not have a clear picture. So I’m open-minded, but with no position.”

It’s a complex issue, but both F1 and the FIA have some clever people working on the financial regulations, and they have already addressed the wider issue of the main budget cap.

The question now is one of timing, and how that impacts any new driver deals that are agreed or extended at current market rates before new restrictions come in.

However one man who definitely won’t be agreeing mega deals any time soon is AlphaTauri’s Franz Tost, who is adamant that top drivers are paid too much.

“We don’t know how it is next year,” he said. “If spectators are allowed at the races or not. And if spectators are not allowed, that means the income will be reduced. FOM will get less money, we’ll have less revenues.

“The teams will get less, and I don’t see any reason why the drivers should not get less. First of all, they should be anyway happy to sit in such a fantastic car and to do such a good job. And then they get a little bit some money. And this is how the future will be…” 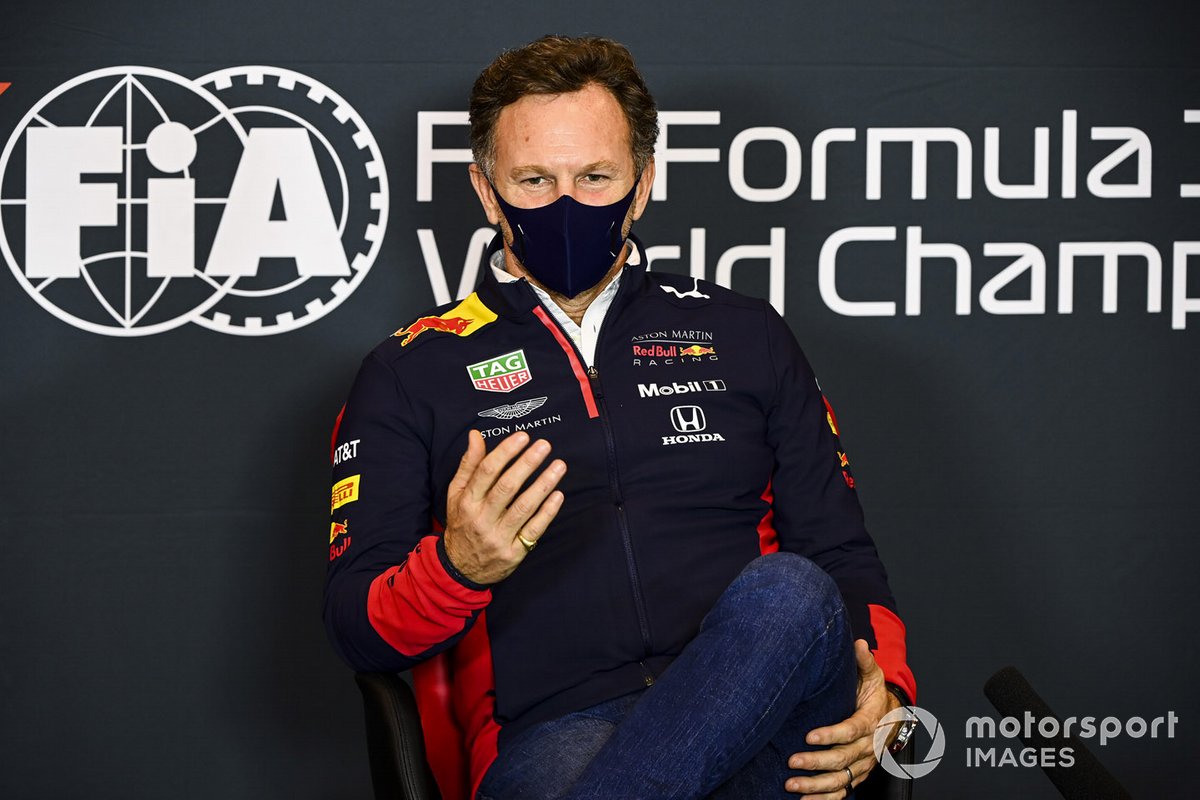