Lewis Hamilton has been included in this year’s TIME 100 list of the most influential people in the world.

The Mercedes driver, who is going for his seventh world championship this year, has joined an exclusive list that includes politicians, musicians, activists and sports stars, as the result of his form on track and the efforts he has made to combat racism.

Hamilton has championed the Black Lives Matter cause at F1 races this year, and his inclusion in the TIME list included a tribute from NASCAR driver Bubba Wallace.

Reflecting on Hamilton’s influence, Wallace told TIME: “I’m the only Black driver in NASCAR’s top level. So Lewis’ example – as the lone Black F1 driver – is particularly meaningful for me. He shows we’re out there doing it. To see him conquering the track damn near every weekend, it motivates me to try to do the same.

“His activism has also moved the world. Lewis has brought international attention to the Black Lives Matter movement, through his advocacy on social media and at F1 events.

“Lewis’ mental preparation, his aura, his ability to capitalize on every opportunity to use his platform to drive out racism are more than just a model for race-car drivers and other athletes. He’s an inspiration for everyone.” 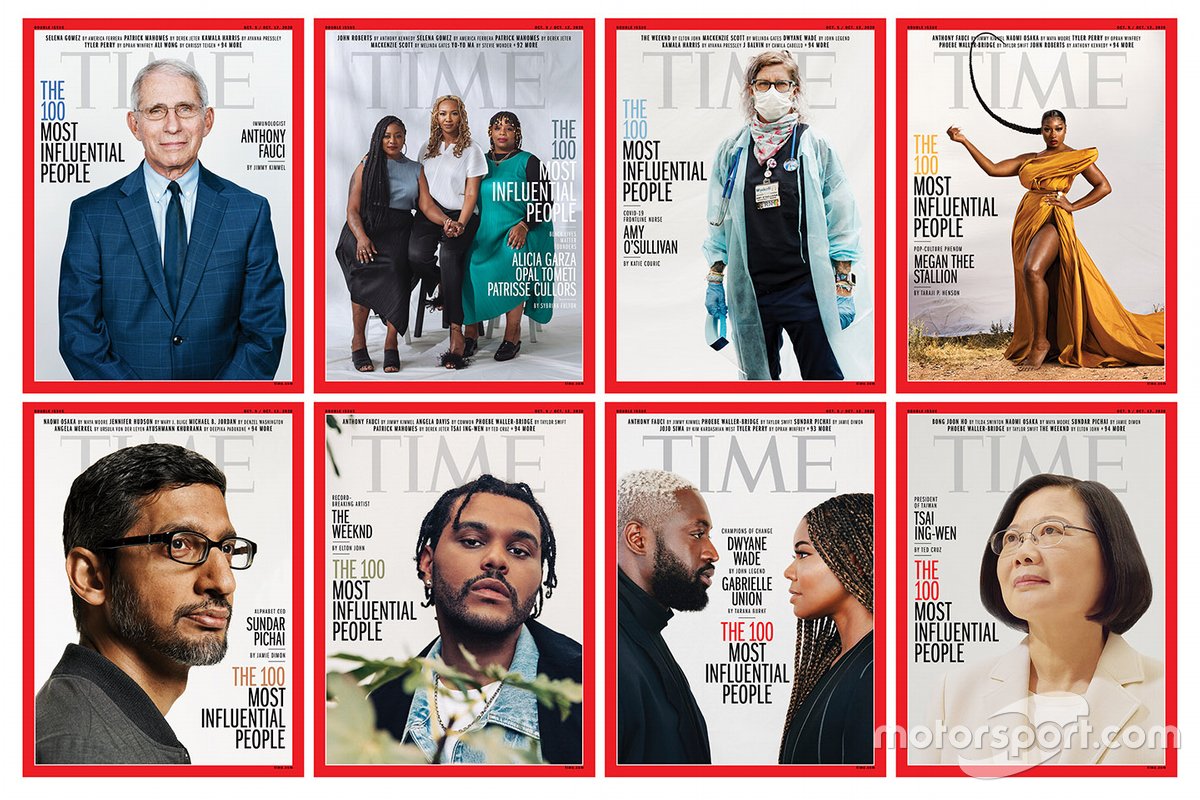 TIME CEO and editor in chief Edward Felsenthal said that this year’s list, which comes amid the coronavirus pandemic and a worldwide anti-racism push, was very different to previous years.

“The TIME 100 has always been a mirror of the world and those who shape it,” he said. “While you will certainly find people who wield traditional power on this year’s list – heads of state, CEOs, major entertainers­ – it also includes many extraordinary, lesser-known individuals who seized the moment to save lives, build a movement, lift the spirit, repair the world.

“Their work challenges each of us to wield our own influence toward a world that is healthier, more resilient, more sustainable and just.”

This year’s entrants include more doctors and nurses than ever before, and a record 54 women. The full list can be found here.