The Renault Formula 1 team has finally confirmed that Fernando Alonso will kickstart his return when he tests at the Circuit de Catalunya today.

In a short tweet, accompanied with a video clip featuring the Spanish driver, Renault said: “It’s true [Alonso is testing]. Today. In Barcelona. At the wheel of the R.S.20.”

Two-time F1 champion Alonso will gain his initial on-circuit experience with the Renault package by running the current car for a filming or promotional day, with the usual 100km limit. The outing will be his first for Renault since the Abu Dhabi Grand Prix at the end of 2009, before his move to Ferrari for the 2010 campaign.

Alonso’s most recent F1 mileage came when he ran for two days in a Renault-powered McLaren in Bahrain in April 2019. His last competitive outing was at the Indy 500 in August with the Arrow McLaren SP team.

Alonso has spent a lot of time at the Renault’s Enstone factory in recent weeks, meeting with the engineers and trying the simulator. 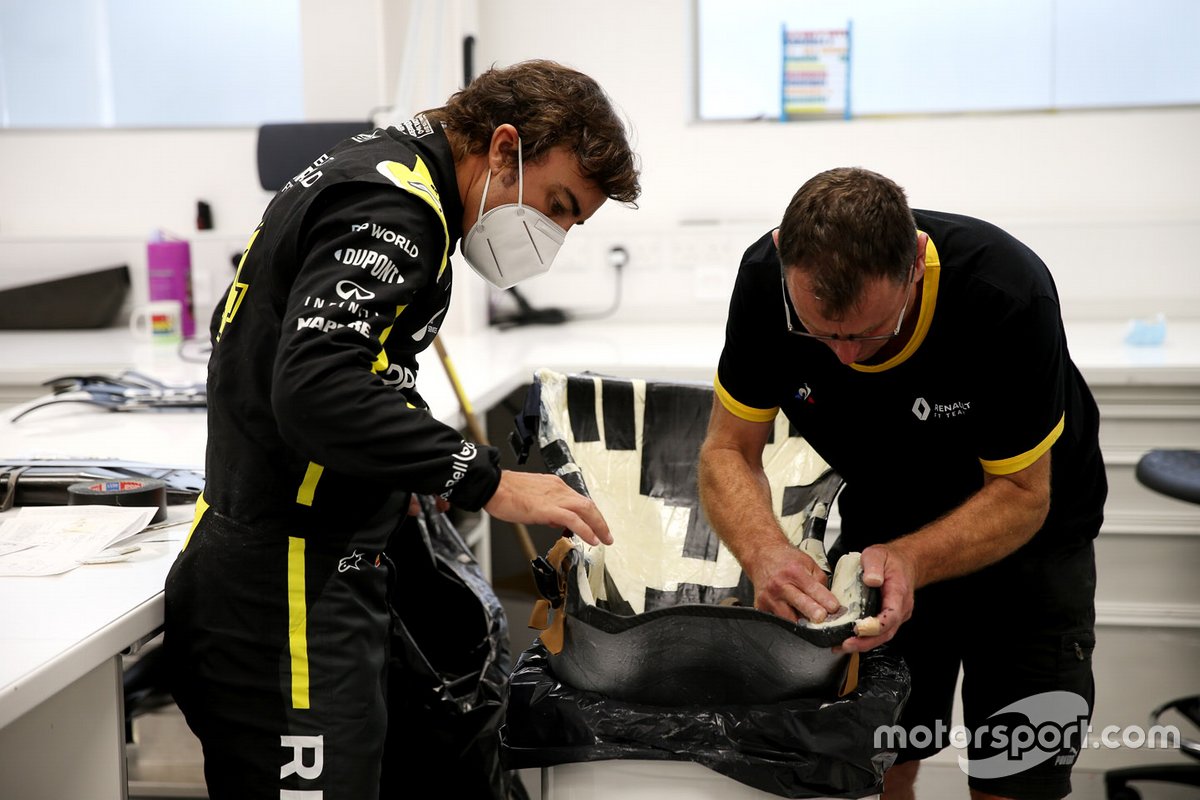 Next year he will be partnered by Esteban Ocon in the renamed Alpine team, and on his arrival in Barcelona on Monday made his ambitions clear.

“With the desire to logically get on we have done work in the simulator and work in the factory,” he told Spanish media. “Doing fifth, seventh or ninth does not change much, in sport you either win or you don’t win.”

After Daniel Ricciardo’s third-place finish in the Eifel GP at the Nurburgring last weekend, Renault team boss Cyril Abiteboul underlined Alonso’s commitment to the project by noting that he had been in regular contact through the weekend.

“We received a message before, during and after the race,” said Abiteboul. “You would be impressed to measure his level of interest. And I think that when he initially joined the team, and in his communication when we announced him, it was very much about 2022.

“I think Fernando is like a big shark. And as soon as he starts to feel the blood he wants to attack. That’s what I see – I see a shark very hungry.”