Alfa Romeo Formula 1 development driver Juan Manuel Correa will get his first mileage in grand prix machinery this Saturday in a Sauber C32.

The American will take over from fellow F2 racer Tatiana Calderon, who will make her third F1 test appearance for Sauber/Alfa Romeo in the C32 on Friday.

“Driving a Formula 1 car is something I have dreamt about since I was seven years old, so I am extremely excited to finally be in the cockpit,” Correa said. “I am looking forward to learning as much as possible from this experience. Thank you to Alfa Romeo Racing for this opportunity.”

“I’m very happy to be able to work with the team on the track once again and continue to learn and develop further as a driver. I look forward to make the most from this new experience.”

Correa is the higher-placed of Alfa’s two junior drivers in F2 so far this season in 12th, with two second-place finishes to his name in his rookie campaign.

Arden driver Calderon, also new to F2 this year, has yet to score points.

“Both Juan Manuel and Tatiana have proven to be valuable members of our team, working with us at the factory and trackside, and this opportunity in the car will help them progress even further in their understanding of Formula 1 and in building their relationship with the engineers and crew,” team boss Frederic Vasseur said. 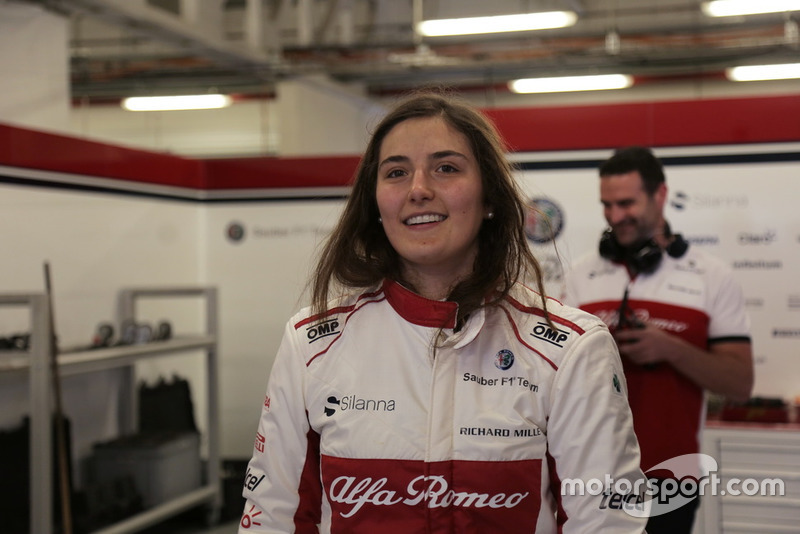