Evans’ tenure at Toyota has got off to a near-perfect start, as he followed up third place in Monte Carlo with victory in Sweden, his first triumph in rallying’s top flight since 2017.

Back in 2017, the Welsh driver was the understudy to Ogier at M-Sport, and admits that his tendency at the time was to follow the Frenchman’s lead on set-up.

But he says that stepping up to the role of M-Sport team leader last year gave him the confidence to be able to create a car more to his liking, something he believes has been crucial to his early Toyota success.

“I’m at the point where I know exactly what I need from a car and I’m not afraid to go for that car,” Evans told WRC.com. “Three years ago with Seb [Ogier] the last time, I would be thinking, ‘Seb wants this, he’s the world champion, so it can’t be wrong…’

“Actually, it’s more about understanding that I’m not here to copy Seb, I’m here to do my own thing. This isn’t something new for this year. I’d done some of that last year.

“I think this change started last year with the Sweden pre-event. I was first in the test and I knew the car [underperformed] the year before. I knew, we knew we had to change something.

“The team had some good ideas, I had some ideas and we combined them and bang, we came here and we were fast. 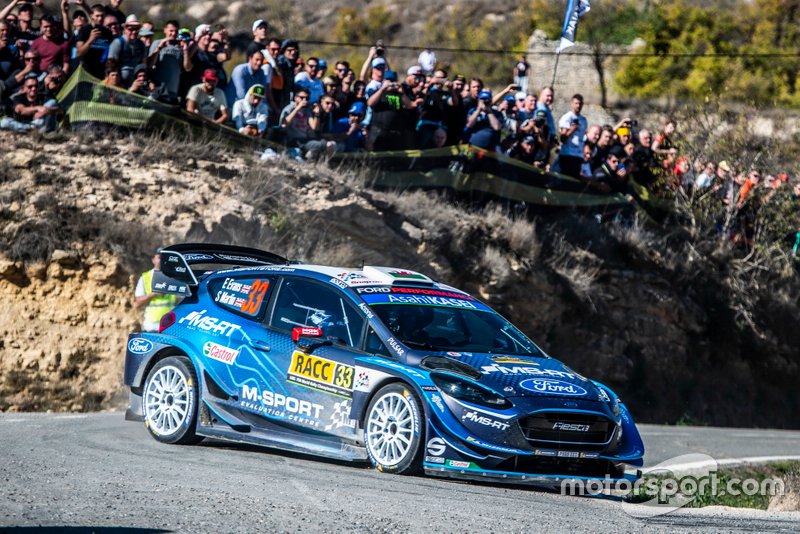 “It came again after Chile and Argentina, there were elements of the car I was struggling with. I had an idea, tried it, preferred it, went with it and it worked.

“That laid the foundations, I’d already turned the corner a little bit with M-Sport last year, but at the same time it’s early days here and I don’t want to talk things up too much.

“What we’ve had so far is two very specialist events, but it does give a little bit of self-belief that you can have your own direction.”

M-Sport team boss Richard Millener has backed his former driver Evans to maintain his grip at the head of the WRC standings as the season progresses.

“We saw this coming with Elfyn,” said Millener. “We saw it when he took the team on after Seb left at the end of 2018. Elfyn made big strides with us last year. We know he could and should have won Corsica but there were other big performances through the season as well.

“He’s in with a genuine shout of the championship because he’s so consistent. That’s Elfyn’s big thing, he doesn’t make mistakes, hardly ever.”