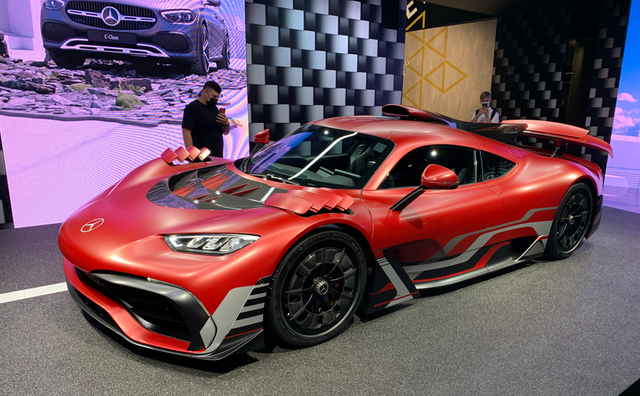 The AMG Project One was introduced in 2017. The idea had been stated before by others, to make a Formula 1 car for the street. No one had really accomplished it. But when Mercedes-AMG says they can do it, well, they have some credibility. So we believed they would.

The $2.7 million car would be a plug-in hybrid, with a 1.6-liter turbo V6 plucked from an actual F1 car, plopped into the AMG One and aided by four electric motors. That drivetrain would be good for over 1000 peak horsepower, a 0-124 mph time of six seconds, and a top speed of 217 mph.

“The adaptation of a complete Formula 1 drive unit for a road-legal hypercar is a tremendous undertaking,” Mercedes said last year, when prototypes started testing on the Nürburging. (edit: no kidding!) “This adaption will result in new standards being set for performance in a road-going vehicle, and thus set a new milestone in automotive history for Mercedes-AMG.”

Then the car kind of slid off the radar. This week at IAA Mobility Munich, Mercedes showed a full-size version of the AMG One that will race in Forza Horizon 5 when that game comes out Nov. 9. It looked cool. 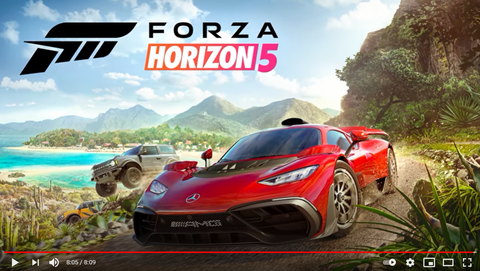 At IAA Mobility Munich we got a chance to talk with Jochen Hermann, chief technical officer of Mercedes-AMG, to ask him how the real AMG Project One, now called just AMG One, is going. Turns out it’s a lot harder to make an F1 car for the street than anyone thought.

Autoweek: What’s the status of the Project One?

Jochen Hermann: I remember being in the room when the idea came up. And like all crazy ideas… “Yeah, we could do a Formula 1 car for the street!” And then the project was started. If we talk about a complex P3 hybrid… First of all, take a regular combustion engine out of a Formula 1 car where everything is so different, like idle rpm is four times more (than a normal car). And if you talk about NOx they look at you, “What do you mean?” So we had to add a chemistry factory, basically, to that motor. And then it was striking to me when I visited the Formula 1 team last November, standing next to Lewis (Hamilton’s) car, and when he is coming out, there were like 10 or 12 people coming out who all ran to the car, everybody’s opening something, puts a screw driver in, puts a laptop to the car, before you can actually start the car. With Project One, you turn the key and people expect the car to start. So we had to put software for (the equivalent of) 10 or 12 race engineers into the coding. I think that was something that was really underestimated.

If you talk to customers and explain what we are doing there, actually they like that complex system and most of the time they really understand, and you say, “Hey, it took us a bit longer.” But I really think what we’ve changed in the last, let’s say 12 months, we really had a strong communication path to the customers. That was when Philipp (Scheimer, who became CEO of AMG a year ago) came in, I was taking care of the technology and Philipp said, “Hey, I can talk to the customers.” I usually say if you buy a nice watch, usually at a certain level of a watch, you don’t order it on the internet. It’s this experiencing, they show it to you, maybe you go back home, you come back a few days later, blah, blah, blah. And it’s the same thing here… And we are very sure, at least I can say for AMG, we will never do it again. And I’m confident that no one else will do it.

AW: Word on the street was it wouldn’t idle under 4000 rpm. Is that just idle chit chat? What’s the status of that project, will it go forward?

JH: Sure, sure, sure. The thing about the project, we’re fighting for the start of production in this year.

JH: Yeah, that’s still the goal. As I said, very complex, very complicated, this is what we are fighting for.

JH: That’s an issue even before I joined AMG again (in May of 2020). Just to give you an idea, the noise level, for example, you talk to the HPP colleagues (AMG High Performance Powertrains) and they say, “Ah, we idle at 4000.” And they say, “We have to idle at 1200.” “Why?” Okay, then let’s do it. And ‘let’s do it’ is not so easy. We also had to pass crash tests. We did. We had to pass drive-by tests with noise level. It would have been easier to say, “Hey, a race track version only.” But that isn’t what we were making. The more complex it is, the more unique it is. You can take the car and do a Sunday afternoon drive with a Formula 1 car.

And then this one moment a few months ago when we had David Coulthard, you know, the Formula 1 driver, we invited him, he’s a brand ambassador, he got into the car. I mean, we are all experienced drivers, we have driven all kinds of cars, but I have never driven a Formula 1 car. So you need… we didn’t know how close we actually are to a Formula 1 car. Even our professional DTM drivers that we put into the car (hadn’t driven F1). Then David got into the car and I remember David, that was so striking, he got out of the car and he said, “Can you see that tear in my eye?” And I said, “Well, you know, he’s a nice guy making jokes all the time.” And he said, “No, no, literally, you guys made me 12 years younger. This feels like my Formula 1 car! The sound, vibration, everything.” And I thought, okay, now we know it’s worth all the effort that we put into this car. If it’s easy, maybe somebody else would have done it. But I understand fully how frustrated the customers are. Saying, “Hey, I am waiting for the car!” But I really think Phillip made a good job that we put in a lot of customers and sent out a video showing where we are (in development). And I just spoke to a customer last night and he said, “Hey it’s okay. I know what I’m getting. It takes you time.” And believe me we’re not putting any pressure on the team.

AW: How many customers do you have?

AW: Will it come to the US?

JH: We are not saying this yet.

AW: What were some of the challenges that you found when you came aboard?

JH: I think it was the software. The team really underestimated. In the last 12 months we put in a lot of software expertise. We took out expertise from other projects of AMG because we said, “Okay, this one has to be finished now.”

AW: Anything in particular about the software that you can speak to?

JH: You know, it’s like these driving modes, or this energy state issue, so everything which is about driving the car, drivability. The racetrack performance. We have modes like Straight 1 and Straight 2, we have a pass button, we have a DCR button. It’s complex for the driver as it is. If you want to do real quick laps, it’s not like, just sit in the car and push down the pedal!

AW: There are some cars that might be in that segment, like the Valkyrie, Valhalla, the Gordon Murray T50. Will this surpass everything?

JH: I think it’s a unique car and will have features like no other car before and don’t forget it goes fully electric as well, quite significant range, actually.

Q: Is the name changing? Is it still Project One?

JH: No. Actually the official name is One. Project One was the show car.

If you happen to be one of the lucky (and loaded) folks who have already shelled out big money for a Mercedes-AMG One, please let us know how you feel about the wait! The rest, share your thoughts on the idea of an F1 car for the streets in the comments below.