Age is hard on the human body. Endurance and strength falter, and our reaction times gradually slip. It’s little wonder why, with some race cars more brutal to drive than ever, racing drivers struggle to stay competitive past the age of 35, and as their golden years approach, involvement even at the amateur level gets tough. But one aging driver not taking his years lying down is 1990 Daytona 500 winner Derrike Cope, who this year at the age of 62 will race in Daytona again, literally half his lifetime removed from his maiden win there.

Cope’s Daytona win came as a result of a last-lap blowout for Dale Earnhardt, which net Cope the first of only two NASCAR Cup-level wins in his career. He last raced in Daytona in 2004, placing 30th, and hasn’t raced at a superspeedway since 2006, when he finished 43rd (and last) at Talladega’s UAW-Ford 500. 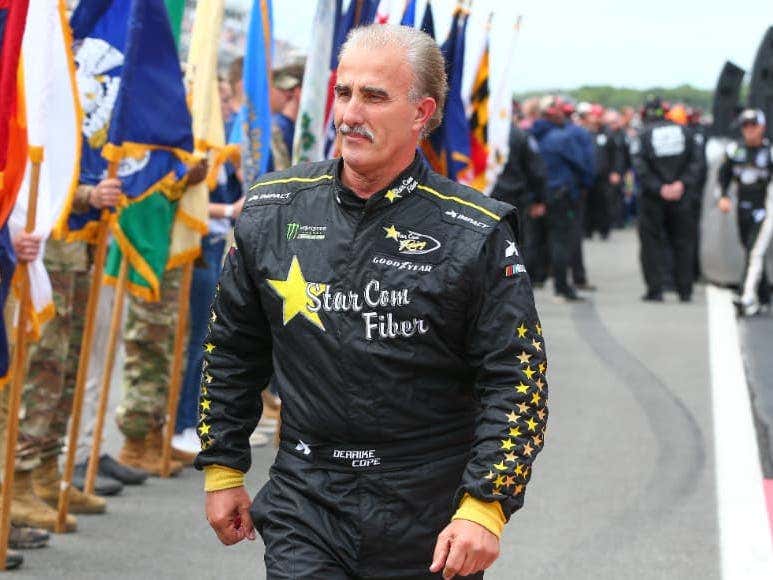 Cope will make his 2021 comeback at the wheel of the No. 15 Rick Ware Racing Chevy Camaro ZL1, becoming the fifth different driver of this car since the 2020 Daytona 500. Despite his advanced age, Cope won’t actually be the oldest driver to race at Daytona; that honor was earned in 2018 by Mark Thompson, who at age 66 climbed from 40th at the green flag to 22nd by the checkered. It looks like Cope has his work set out for him if he wants to be more than just the most recent 60-something to race in the (hopefully less political) Daytona 500.