It was about three months ago when Peugeot Sport formally announced a Le Mans Hypercar (LMH) to battle in the 2022 FIA World Endurance Championship (WEC). We now have some technical specifications to sink our teeth in, and oh boy, are the details juicy. At the heart of the race car is the Peugeot HYBRID4 500KW powertrain, consisting of a combustion engine and an electric motor.

The ICE takes the shape of a newly developed twin-turbo 2.6-liter V6 mounted in the middle of the car, just behind the driver. It was initially conceived with a single-turbo setup, but Peugeot Sport eventually doubled the forced induction to achieve its center of gravity target. The combustion engine alone delivers a whopping 670.5 horsepower (500 kilowatts) to the rear wheels. It’s a 90-degree V6 and weighs only 165 kilograms (364 pounds). 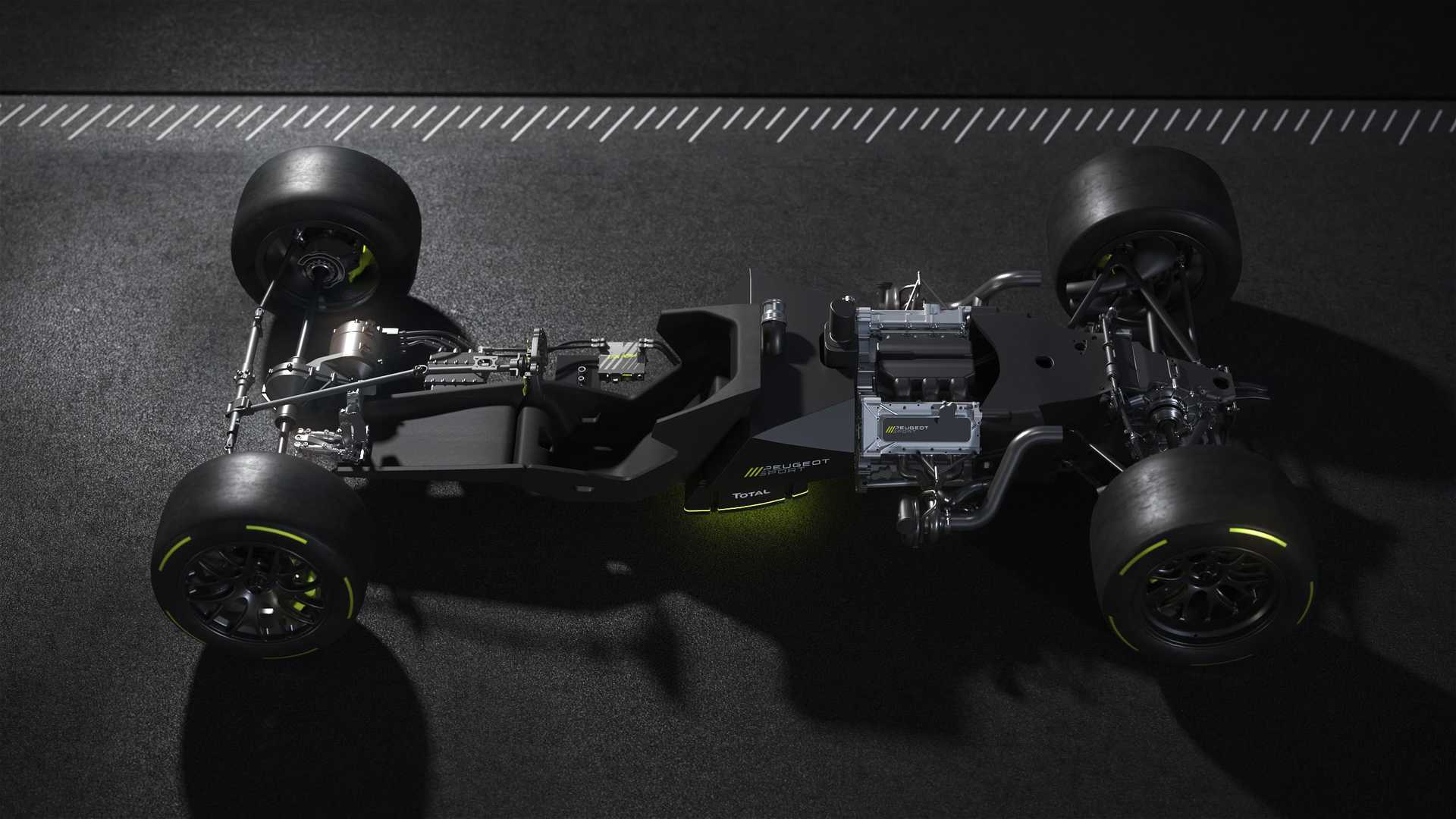 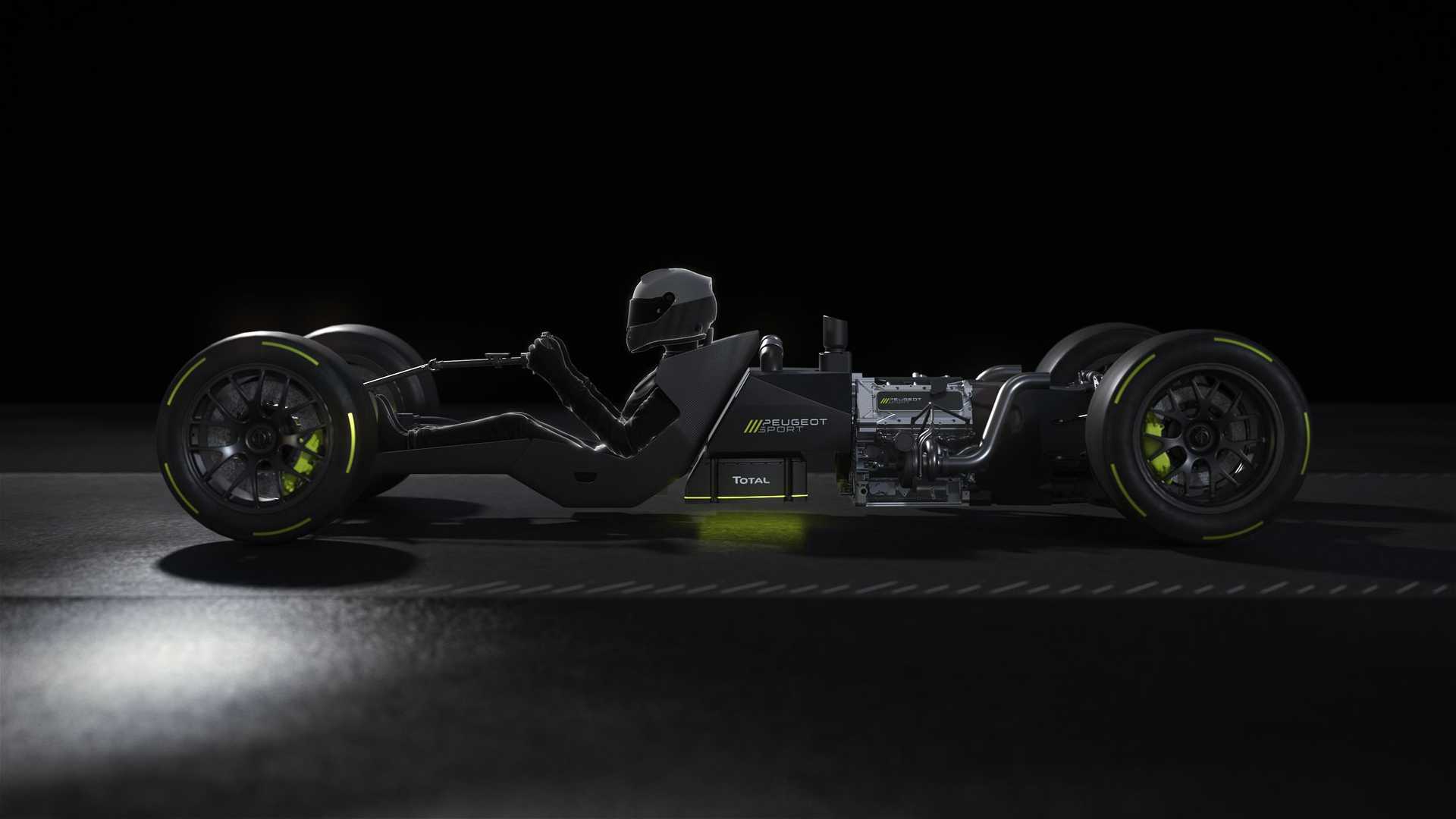 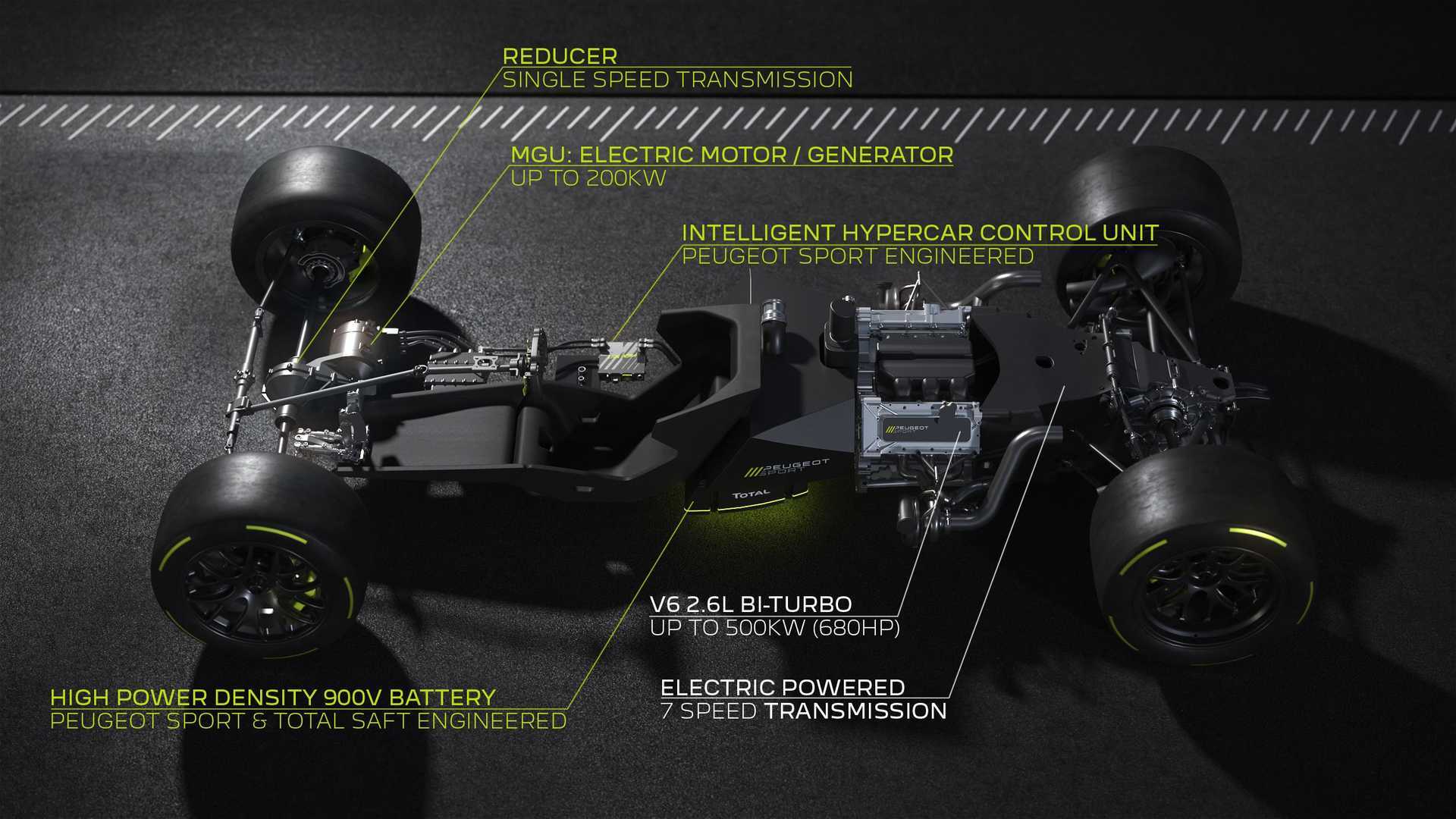 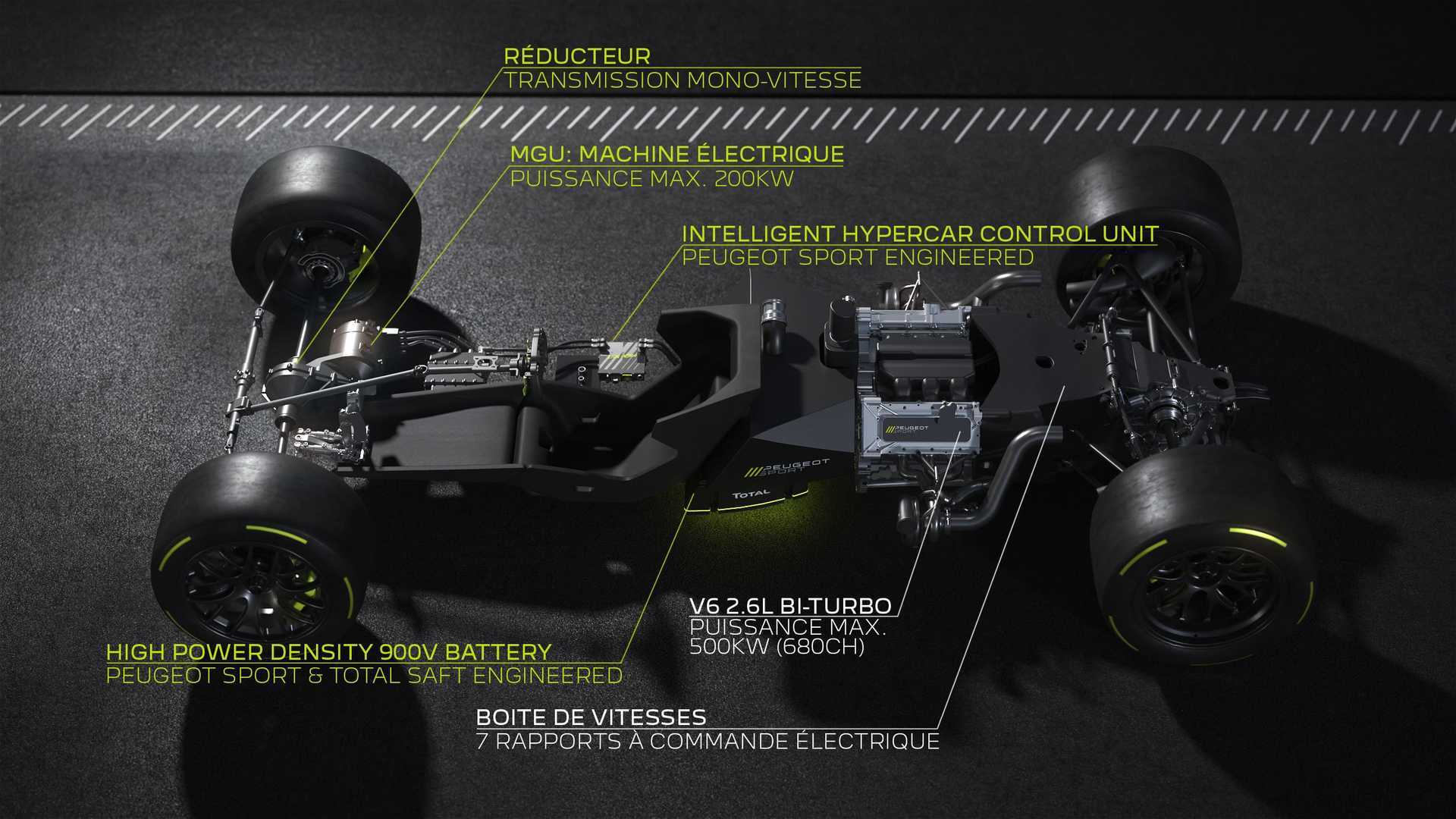 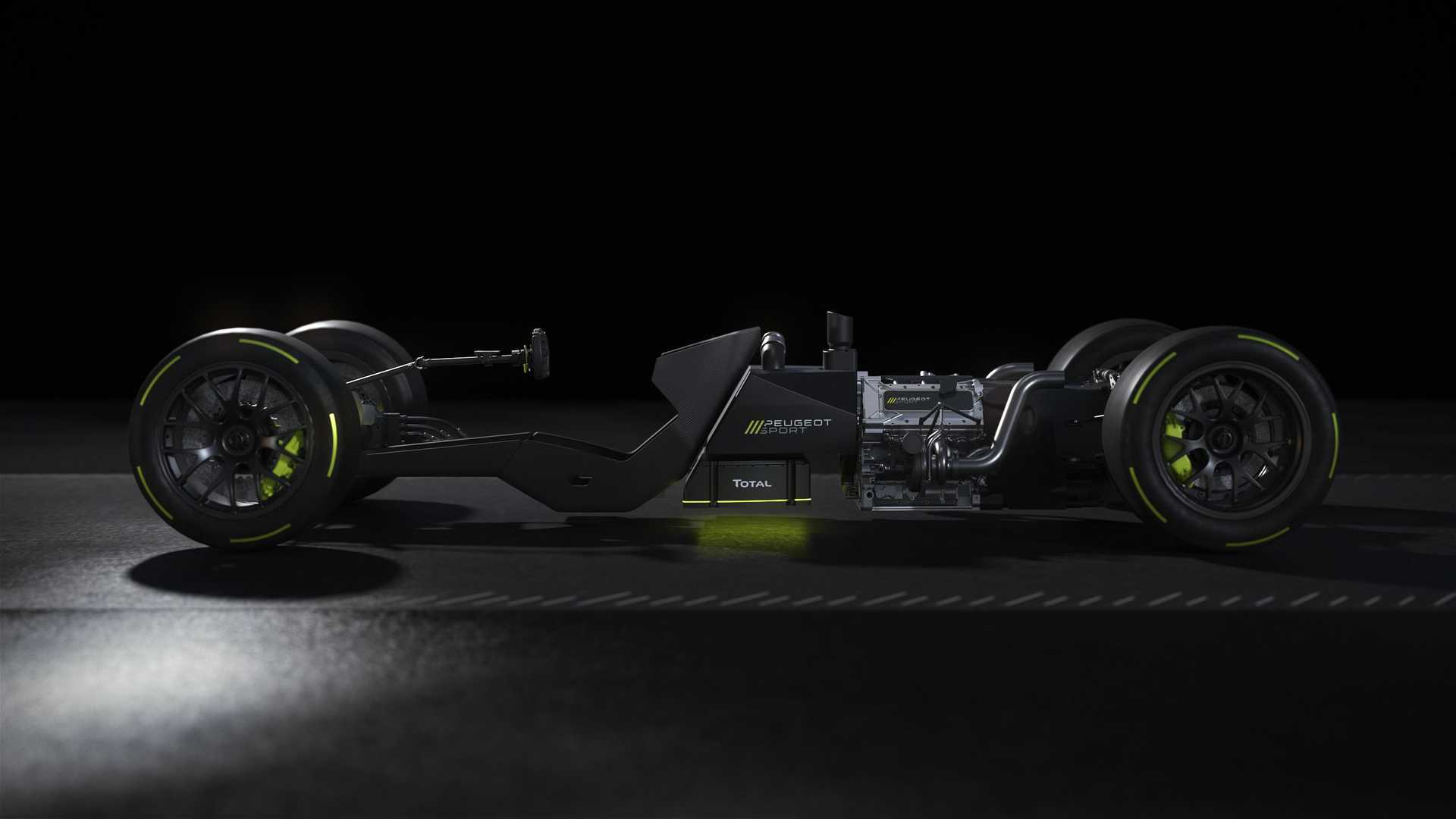 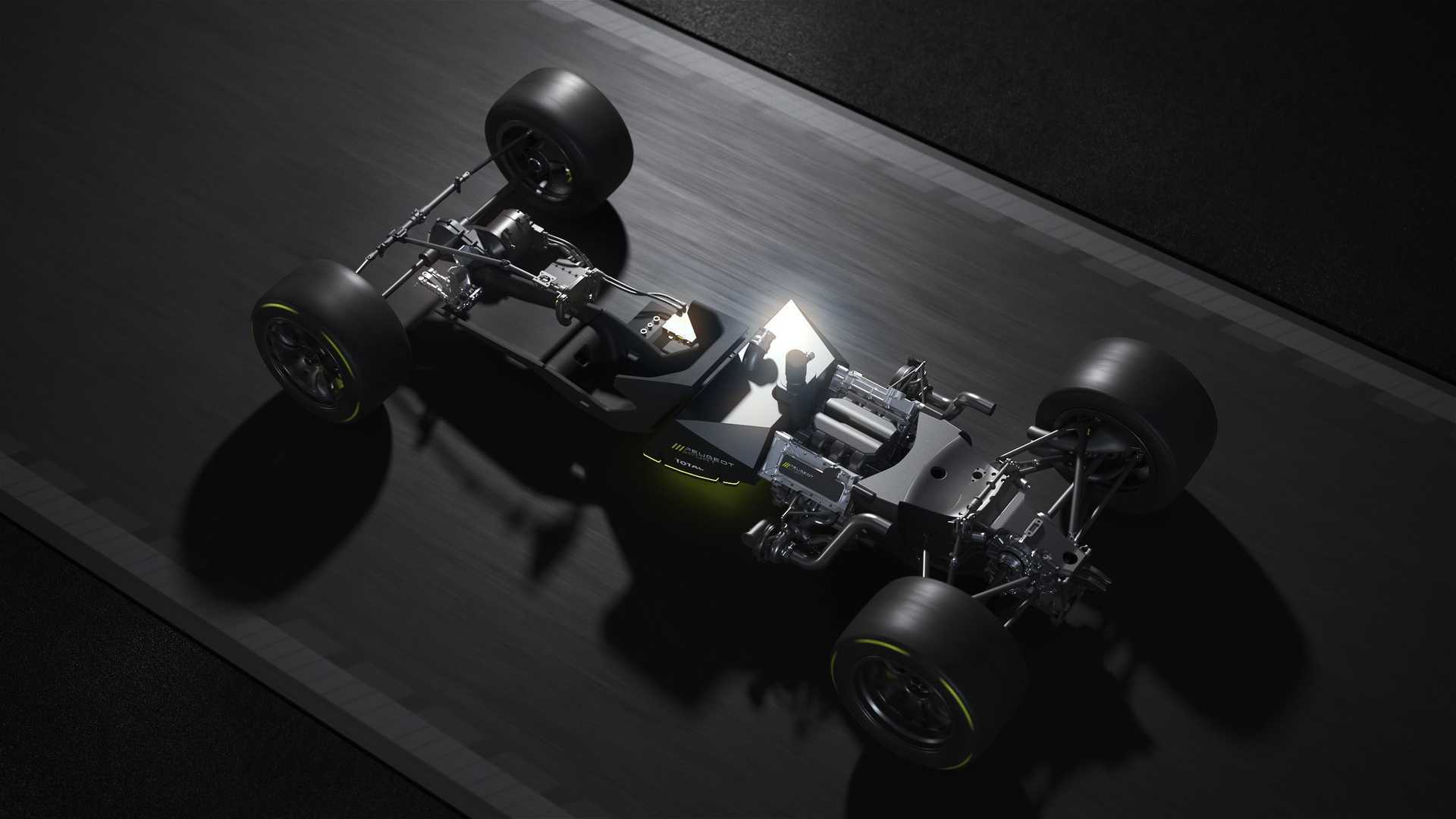 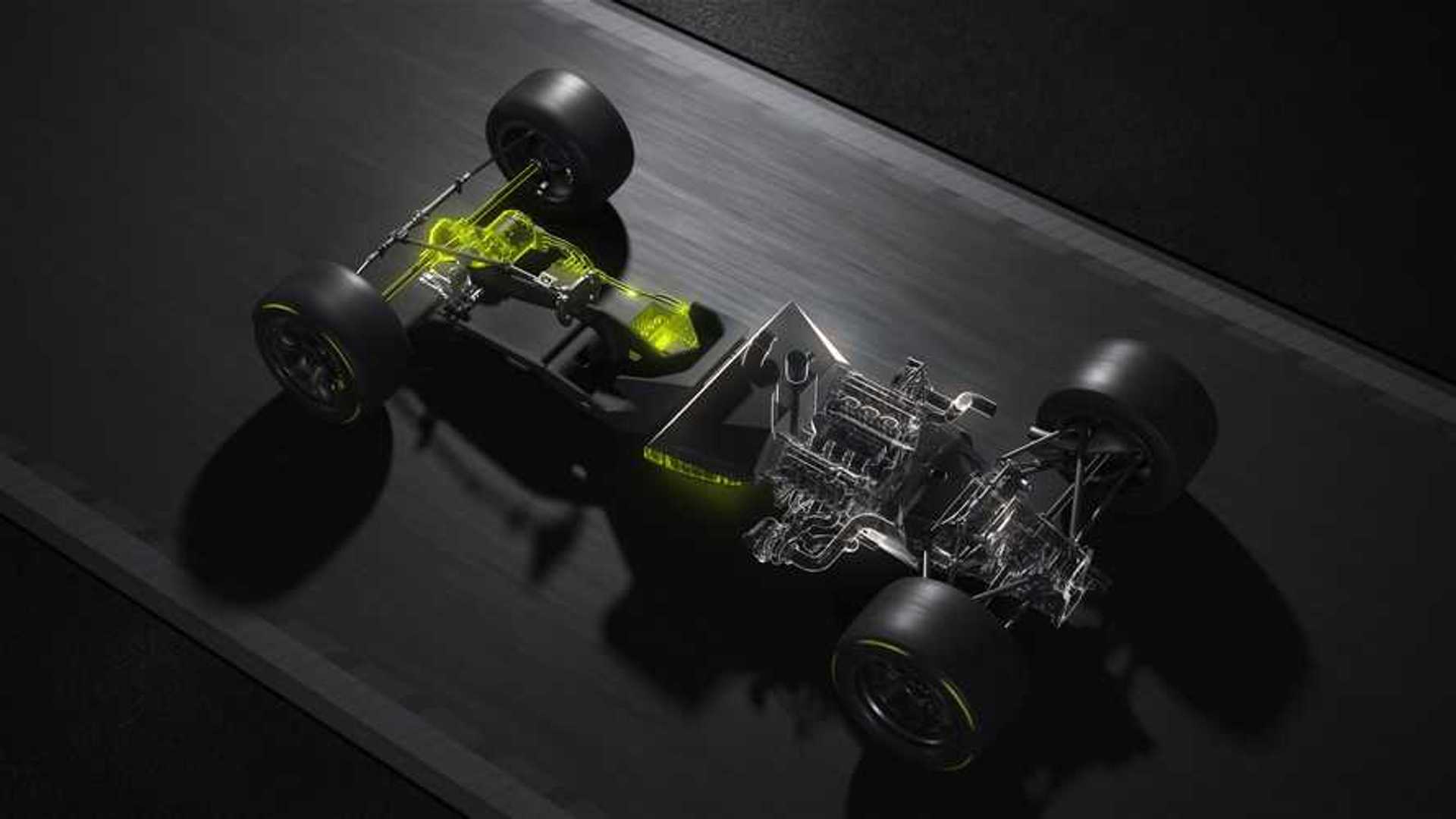 As for the electric motor, it’s mounted at the front and serves as a 200-kilowatt (268-horsepower) motor-generator unit to drive the front wheels and enable a four-wheel-drive system. Also part of the package is a seven-speed sequential gearbox with paddle shifters mounted on the steering wheel.

To comply with the upcoming LMH regulations, the Peugeot Sport hypercar will run solely on V6 power until it reaches 75 mph (120 km/h). It also means the race car must pull away from standstill using only gasoline as there can’t be any electrical assistance until that velocity is reached. At speeds above 75 mph, the twin-turbo engine is electronically capped at 402 hp (300 kW) and adjusted accordingly depending on the power delivered by the electric motor, which varies based upon the battery level. Long story short, the combined output must not exceed 500 kW.

Once the race car runs out of battery juice, it reverts to a rear-wheel-drive mode and the combustion engine goes back to its 500-kW output. Before the start of the race, the battery pack will be fully charged courtesy of the vehicle’s plug-in hybrid system. During the race, the only way to charge it will be done through the kinetic regenerative energy recovery system.

LMH regulations also have some exceptions as the internal combustion engine’s maxim output can be bumped by three percent to 690 hp (515 kW) at the end of the straights provided the battery is depleted. In addition, the race car can work in hybrid mode at speeds below 75 mph, but only in the pit lane or whenever there’s the same 37-mph (60-km/h) limit.

Peugeot Sport’s LMH contender is currently in the development phase and its powertrain will undergo bench-testing in the first half of next year when the engineers will also evaluate it on a simulator. If everything goes according to plan, track testing will commence towards the end of 2021 prior to its official race debut in 2022.

Peugeot is not the only big name to commit to LMH as Toyota is also working on a race car with the GR Super Sport. Regulations stipulate the companies must also build at least 25 road-going vehicles with the hybrid powertrain within two years of the race car’s motorsport debut. However, the production cars don’t necessarily have to be the same as their motorsport-spec counterparts as only the hybrid setup must have a road-legal correspondent.