The problem with Siberia is, even if there are things you want there, it’s a pain to move around. The ground is either frozen solid, marshy, or a lake. Cars don’t work, tracked vehicles don’t work, and helicopters are impractical. You may be thinking a land train is once again the answer, but if you’re just looking for a way to scoot around a frozen wasteland that melts into an endless expanse of bogs every summer, you might just need an aerosledge.

What’s that? Never heard of an aerosledge? Okay, so, imagine a fan boat like the kinds used in the Everglades, but with a propeller and an aircraft engine, an enclosed cabin, a hull designed for snow and ice and a dash of Soviet practical engineering. It was born from a class of vehicles known locally as aerosani, essentially large, amphibious snowmobiles used to carry anything of importance around remote reaches of Siberia, like mail, supplies, passengers, soldiers, or cosmonauts who happened to land there.

Some were just cars with skis bolted onto the hubs and a radial engine in the trunk, but one design, the A-3 by Tupolev, would prove to be the most effective and popular.

Inspiration for the A-3 can be traced back to the Winter War fought between Russia and Finland in 1939 and 1940, when both sides experimented with fan or propeller-driven tactical snowmobiles to best the icy landscape. Many of these early sleds had four skis and automotive engines, and this limited their capabilities on different types of terrain and performance going up hills. The more powerful, boat-like A-3 solved these problems.

Development started in 1961 at the Tupolev Design Bureau, and by 1964 the aerosledge was sliding off the line. Early A-3s were built outside of Moscow, but production later moved to the Tyachivski Transcarpathian Helicopter Plant in Ukraine, where the bulk of the more than 800 A-3s ever made were manufactured.

And manufacturing seemed to go smoothly, as the aerosledge was very similar in construction to something like a flying boat or aircraft. The hull was made of 2mm-thick aluminum alloy, double-plated on the bottom of the hull to resist damage. The underside is also covered with replaceable strips of 3.5mm thick polyethylene to further protect it and provide a more slippery surface to glide on over solid ground.

Control for the A-3 was handled by two rudders on the back of the craft that both directed the air from the propeller and extended to the ground to provide mechanical steering. These rudders were controlled by a steering wheel inside the cabin. In addition to turning left or right, the rudders could also both point outwards when the wheel was pulled towards the driver, allowing for aerodynamic braking. To ensure the aerosledge wouldn’t slip from left to right over ice, three stainless steel runners protruded from the hull to provide lateral grip.

Over snow, the A-3 could carry as much as 1,400 pounds, and allegedly travel as fast as 74 miles per hour. Over water, the payload was a lesser 660 lbs, and the craft was limited to a speed of 40 mph—but that’s still good by boat standards. At 13-feet long and 7-feet wide, there was room for a driver and four passengers. But even carrying all of those people, the craft allegedly has a draft of just two inches in the water. This is in part thanks to the hull providing a small amount of lift when traveling at higher speeds. That being said, this is not an Ekranoplan. It cannot remain aloft, even inside the ground effect.

Production of these machines lasted until the early 1980s, and they found various uses in the frozen parts of Russia, and other eastern European countries such as Ukraine and Hungary. From border patrols to medical transportation, the A-3 had a wide variety of uses.

However, the aerosledge still had issues. The vehicle’s inability to climb steeper slopes was still a problem, as was the noise and fuel consumption of its radial aircraft engine. Its payload was also quite small compared to other tracked or wheeled vehicles of a similar size. Gradually, the need for such a niche vehicle slipped away, and most were out of service by the 1980s. 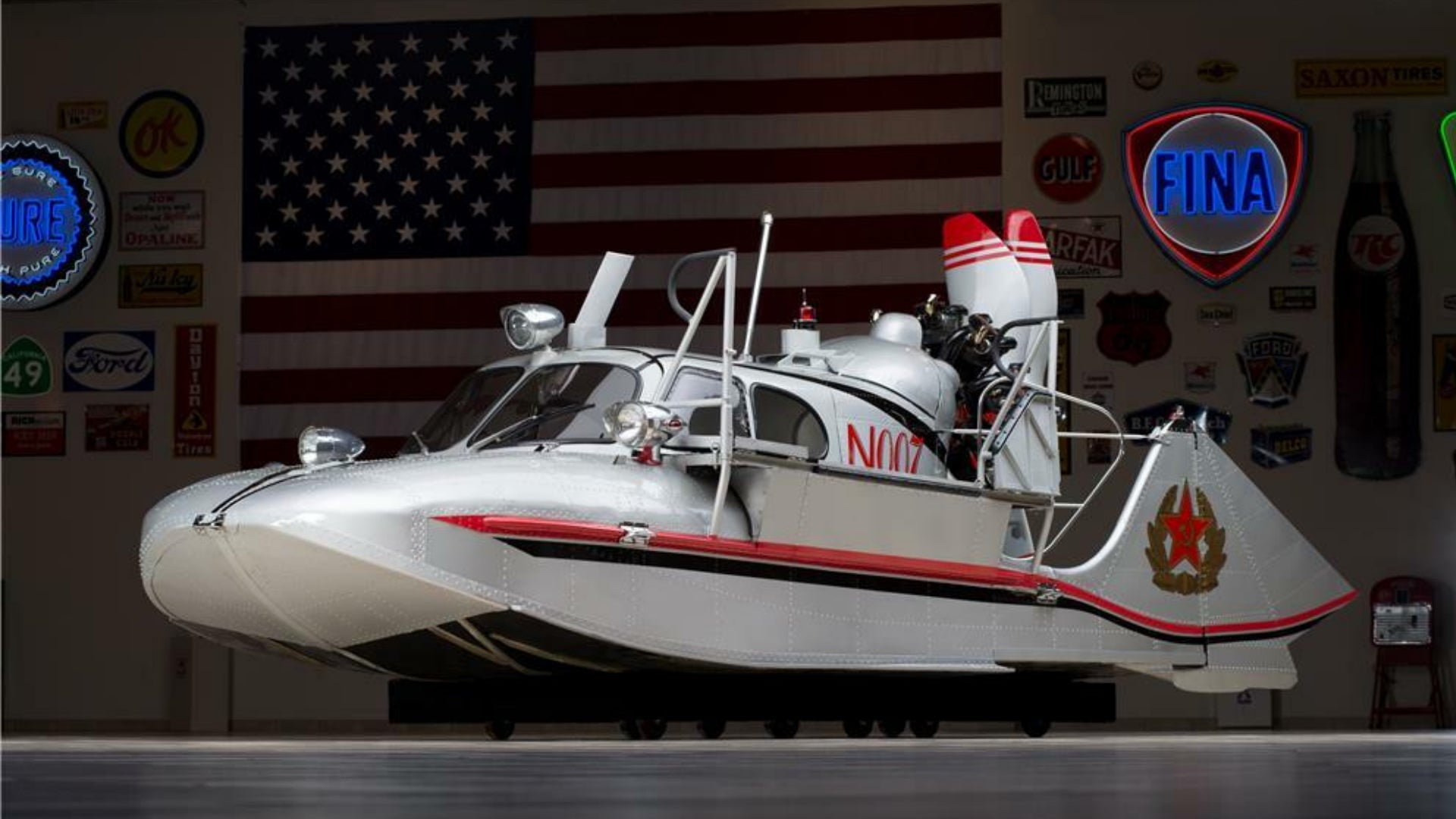 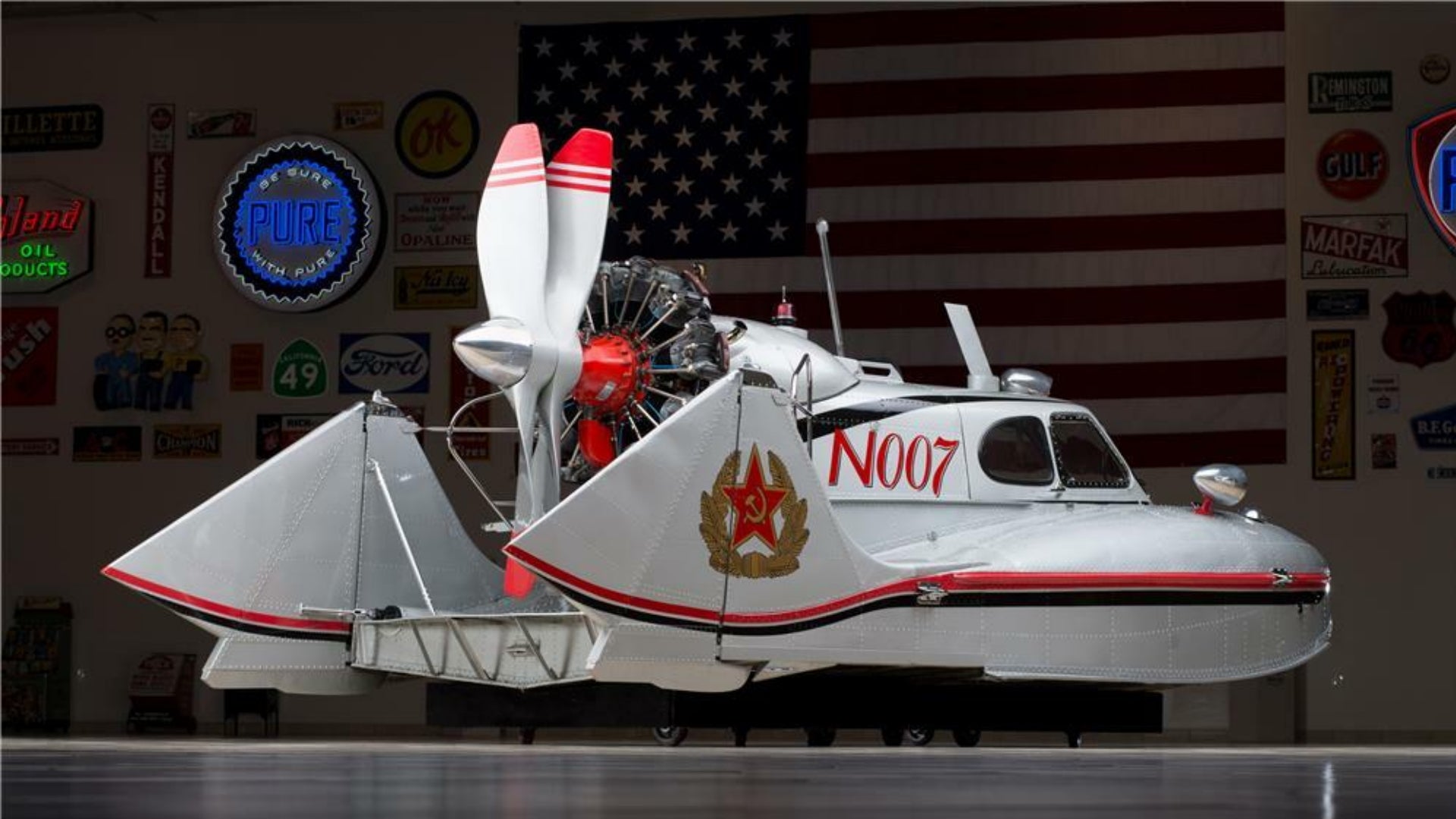 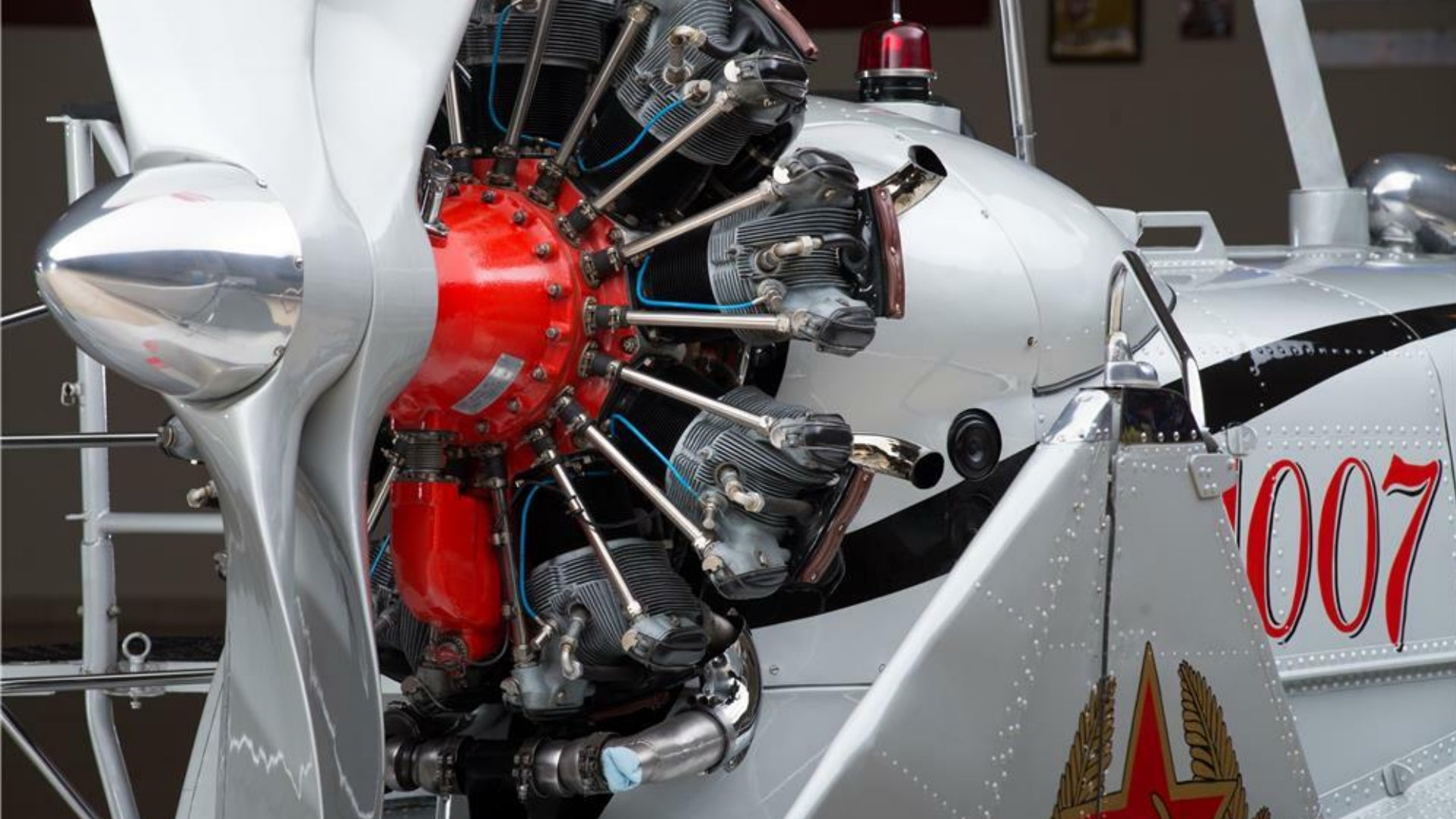 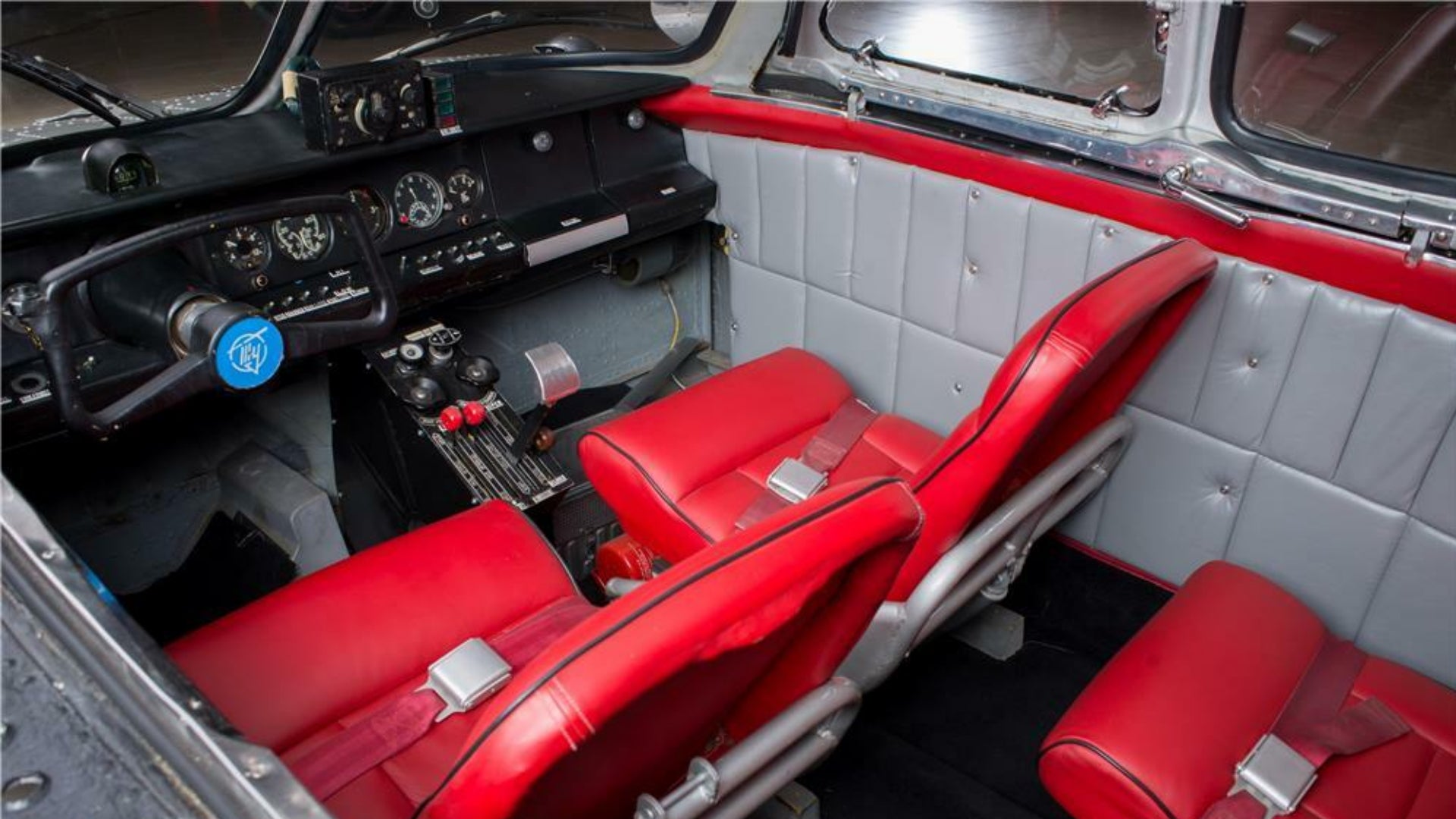 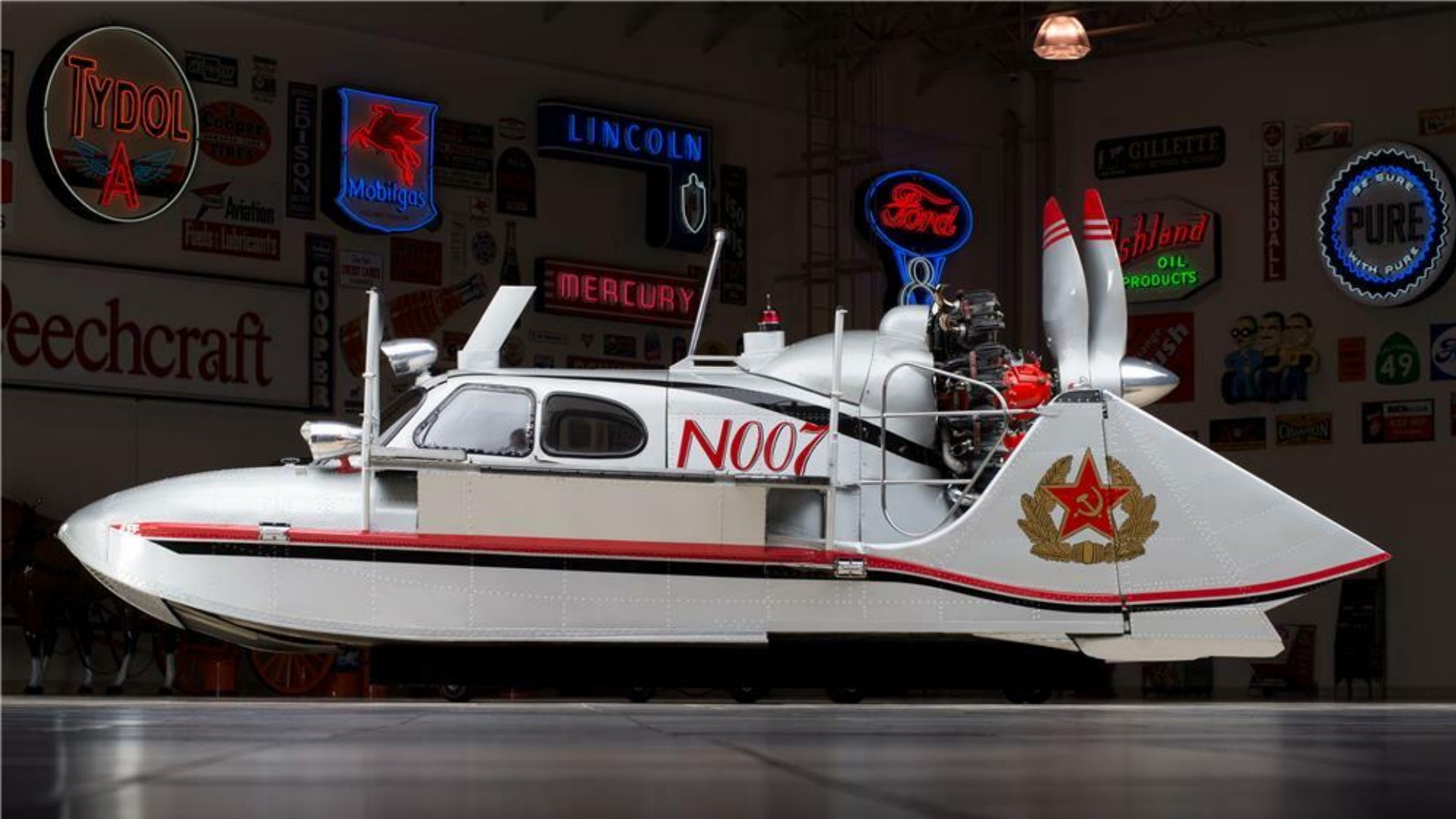 And although many were produced, they seem hard to come by today. Very few have made it to the United States, I’m talking something like two or three examples. One restored A-3 was sold at a Barrett Jackson auction in 2019 for $220,000, but few others have made it to North America.

However, they are still floating around in strange places across the pond. For instance, there is one in desperate need of repair located in the Arctic settlement of Barentsburg, on the island of Svalbard in the north Atlantic ocean. In fact, it’s visible on Google Streetview. Others are scattered around eastern Europe, like these two slowly deteriorating in a lot near Alsónémedi, Hungary.

In Russia, they seem like something of an oddity that people occasionally find rotting away somewhere, and restore to working order. One man in Russia has several Tupolev A-3s he’s slowly getting back to working condition, while others seem to use rougher examples purely for recreation. Videos as recent as 2016 show people buzzing around in them over snow and frozen lakes.

But even though the A-3 has fallen out of favor, there are still Russian companies that make similar vehicles, albeit not with aircraft engines and not as cool-looking as this one. And overall the role of the aerosledge has unfortunately been replaced over time with new roads, more efficient aircraft, and tracked vehicles than can handle a wider variety of terrain.

That being said, I still want one.