In case you haven’t heard, Stellantis just announced a fun new engine in one of the greatest configurations: a twin-turbo inline-six. Dubbed the Hurricane, it’s available in standard- and high-output versions with each one making at least 400 and 500 horsepower, respectively. That’s all well and good, especially if you’re a car enthusiast, but it’s far from an electric motor—heck, this thing isn’t even a hybrid.

This all-new engine comes at a time when most automakers are pushing toward electrification rather than investing precious R&D budgets on internal combustion platforms. Stellantis, though, feels that gasoline will still have its place for years to come. It’s all about balance, then—a balance of power and lower emissions. 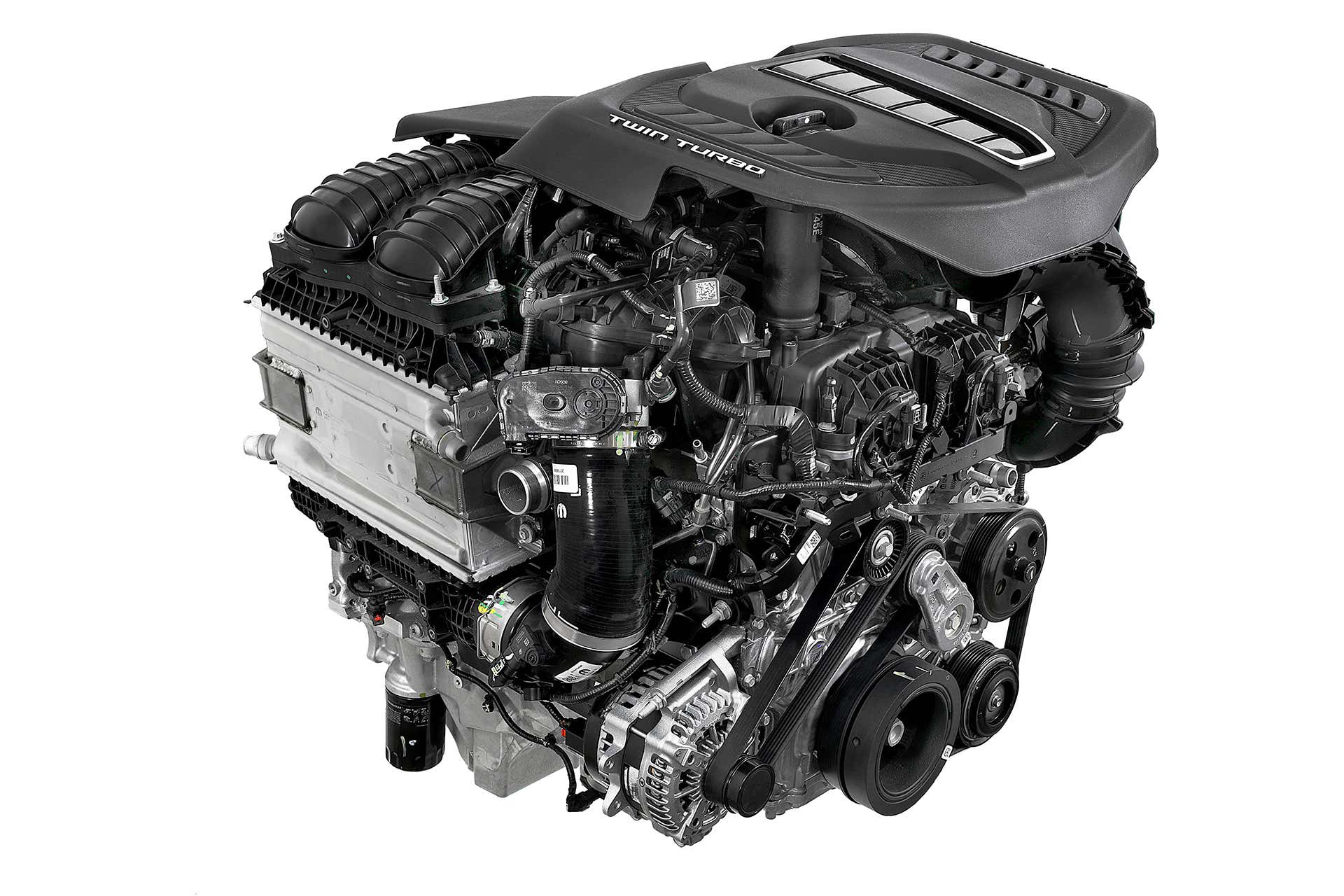 Now, it’s not like Stellantis looked at Jaguar Land Rover’s work on the old AJ126 engine and slapped an Uno reverse card on the table—this isn’t its inline-four with two extra cylinders adjoined.

“The Hurricane I-6 has the same bore and stroke and cylinder spacing as the Stellantis global 2.0-liter turbocharged four-cylinder engine. But we didn’t just add two more cylinders to the 2.0-liter,” said Stellantis spokesperson Dale Jewett to The Drive. “The Hurricane I6 is designed and optimized from the ground up for its targets of reduced emissions and improved power.”

The note specifically about optimizing the Hurricane for emissions reduction is key. That’s how Stellantis can justify the development of an all-new engine amidst an industry-wide shift to battery power. Even still, Stellantis CEO Carlos Tavares has said that the parent brand is aiming for at least 50 percent of its U.S. sales to be full battery electric vehicles by 2030.

“[T]here’s still 50 percent of something else that needs to be out there. We still need highly efficient and customer-pleasing engines for our brands throughout the decade,” Jewett continued.

More specifically, Jewett noted that the manufacturer has a responsibility to its customers to offer engines with desirable performance, all while fulfilling its obligation to ensure those engines are as efficient as possible—hence the move away from the existing lineup of V8s. This is also important when considering the unknown future of what Corporate Average Fuel Economy (CAFE) regulations will require as more brands push toward electrification. Even a 15 percent reduction in emissions could be the difference in a brand meeting or beating strict footprint requirements in 2026 and beyond. 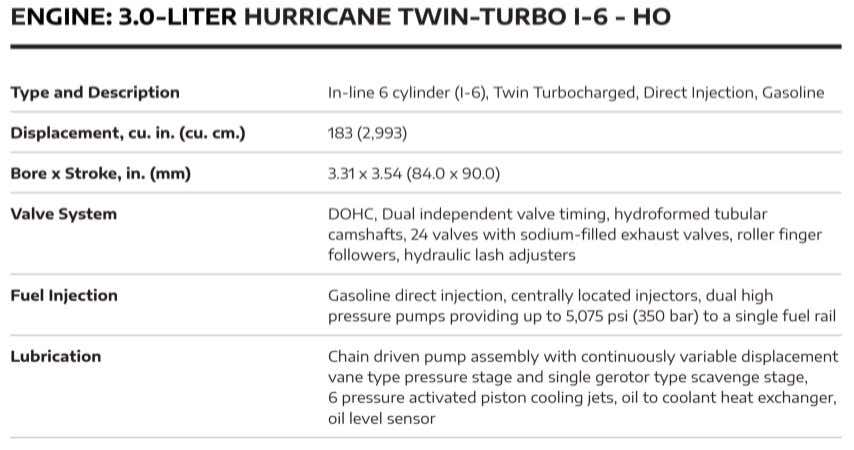 Stellantis says that its twin-turbo I6 is a “no-compromise” engine with performance that rivals its V8s, all while being around 15 percent more efficient. That efficiency is delivered in both tailpipe emissions and fuel usage, and it’s made possible by high-pressure fuel delivery, low-inertia turbochargers, water-to-air charge cooling, and fancy new cylinder bore coating for reduced mechanical friction.

And, of course, the OEM also designed its power plant to be integrated with electrification, should the time come.

The first vehicle that will receive the Hurricane I6 remains unnamed, though what looks like an accidental leak on Jeep’s website (which has since been corrected) revealed that it could potentially be the Jeep Grand Wagoneer. Stellantis says that the new Hurricane engine will be found in STLA Large and STLA Frame platforms, and that the engine will be in a product on dealer lots sometime this year.