I closed last year off with a special holiday item in which I went around and asked every major automaker to say something nice about a specific rival. Like every corporate holiday party across the land, it let us see entities who usually don’t play together or let their hair down very often behave like human beings and let their collective guards down—and, perhaps, even talk a little smack. Unlike many corporate Christmastime shindigs, however, people actually enjoyed it. And for that very reason, I’ve done it again this year.

The deck has been shuffled this time around and some new players have been added, but the ground rules remain the same. I contacted the U.S. public relations teams of every automaker below and requested a positive statement about a specific rival of my choosing. That specific rival, meanwhile, is tasked with reciprocating with a statement of its own. Some played ball, some didn’t even bother to respond. Some, on the other hand, had lots to say while others simply said a few words. Let’s get into it.

Never one to back down from a public dispute, Ford got into it with Jeep this past year after the latter automaker’s big boss, Jim Morrison, said he “actually [felt] sorry for [Ford Explorer Timberline] customers that get tricked,” and poked a little fun at the Bronco’s hardtop troubles. A spokesperson for the Blue Oval later replied with a simple message, “Stay classy, Auburn Hills.”

Fortunately for our collective reading pleasure, it doesn’t sound like any hatchets have been buried in Michigan because when asked to say something nice about each other, Ford’s spokesperson further proved that he absolutely is not in this business to make friends while Jeep’s comms team refused to even acknowledge our request.

Ford: “We’d like to wish Jeep North America president Jim Morrison and his team happy holidays, a healthy and prosperous 2022, and thank Jim for allowing the Bronco Brand to continue living rent-free in their heads.” 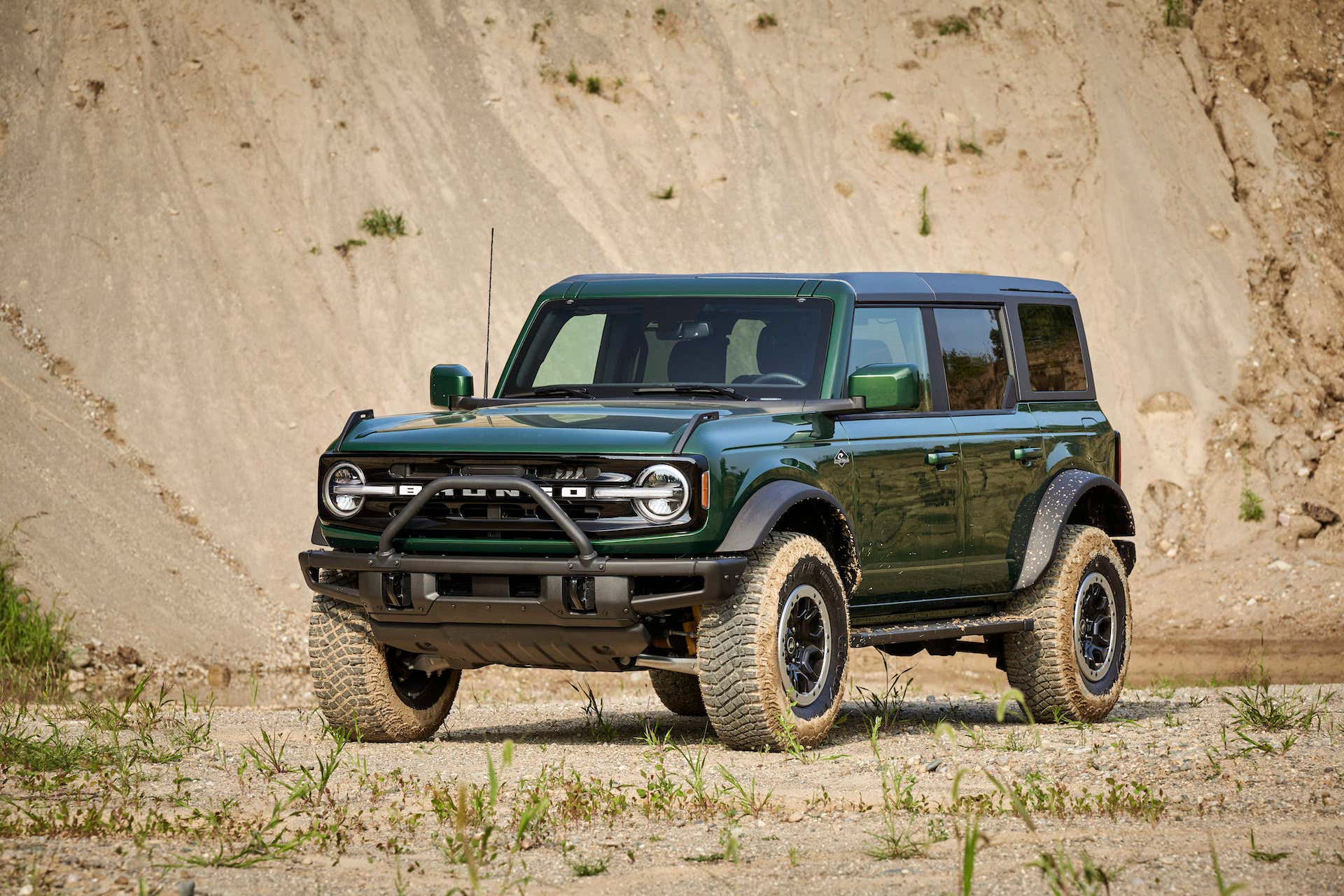 Hyundai’s luxury arm, Genesis, is essentially attempting today what Lexus accomplished about 30 years ago: Establish a name for itself in the ever-competitive luxury car market. Disappointingly, Lexus decided against giving its younger competitor any words of encouragement. Genesis, however, provided a brief shoutout to the Japanese company’s famous TV commercial in which a pyramid of champagne glasses is balanced on the hood of a running 1989 LS 400.

When tasked with saying something positive about BMW last year, Mercedes was the only automaker out of the Merc-BMW-Audi trio to give us the cold shoulder. This year, however, Benz came to play but only technically because when we asked for something nice from the German automaker about its American rival, it responded with a short, generic holiday message… that didn’t actually address Cadillac.

Cadillac, meanwhile, responded more generously, calling out Merc as “one of the greatest luxury automakers” and congratulating the firm on its accomplishments in Formula One.

Mercedes-Benz: “We wish all of our industry colleagues and their families, a happy, healthy holiday season and a safe road ahead for 2022 and beyond.”

Cadillac: “From everyone here at Cadillac in Detroit, we want to wish our friends in Stuttgart a very happy end to the year. Mercedes-Benz is one of the greatest luxury carmakers in the world and it’s been an honor competing with them since 1926. We look forward to continuing to create an exciting electric future in the next century. Also, congratulations to Mercedes Racing and Sir Lewis Hamilton on another successful F1 season.”

I’m not sure if Lewis himself would consider this past season a 100 percent success but I’m sure he appreciates the sentiment. 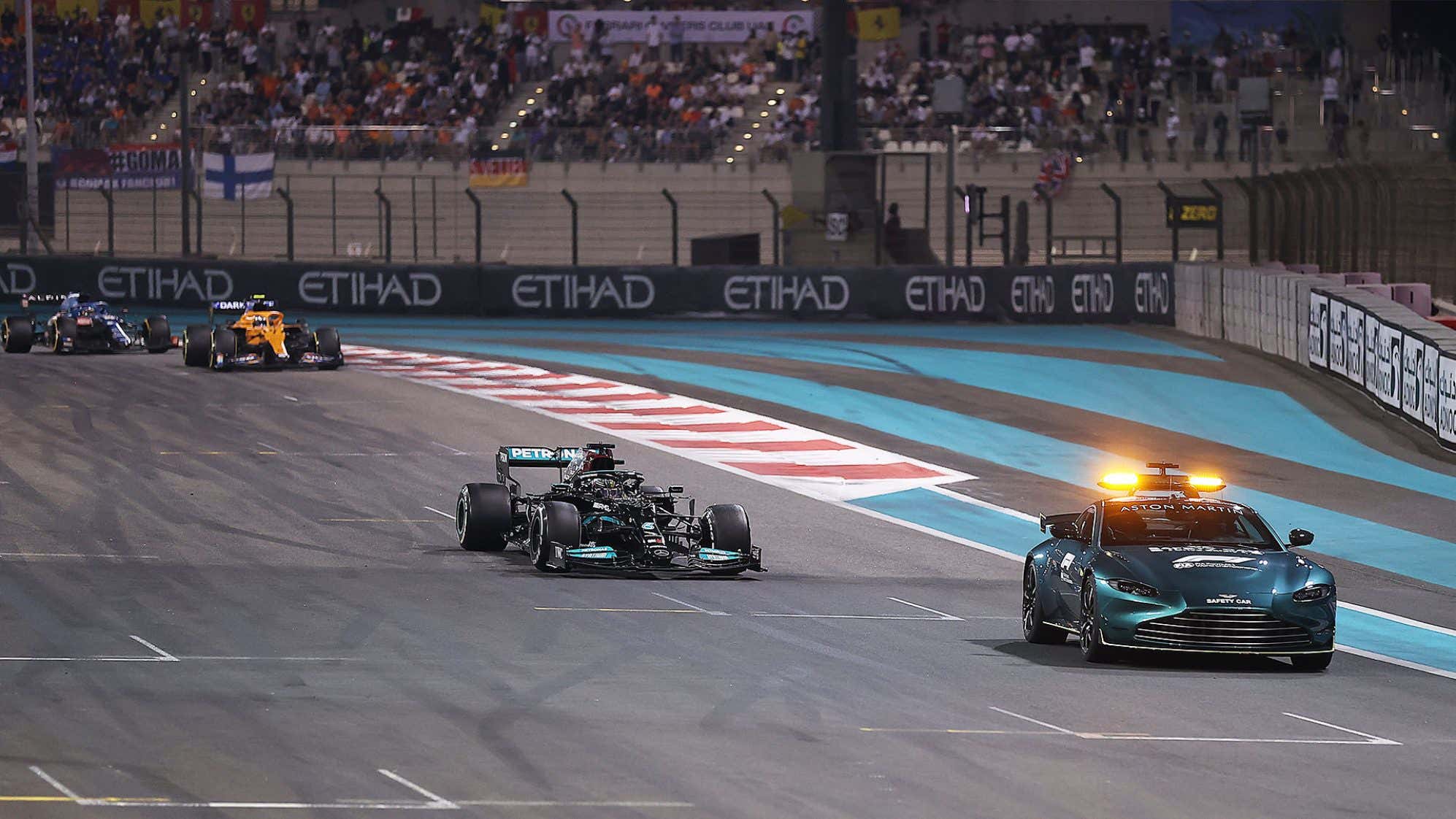 Both being big-name, mainstream car companies with serious EV aspirations, VW and Nissan were paired up to exchange compliments and neither disappointed. VW earnestly tipped its cap to Nissan’s new Z and Ariya and took the opportunity to remind everyone of Nissan’s electric trailblazer status with the original Leaf.

However, Nissan’s PR team—which wrote Stellantis (formerly known as FCA) a poem last year—has outdone itself. Capitalizing on the fact that both companies’ U.S. operations have a major presence in Tennessee (VW has a plant in Chattanooga while Nissan North America is based in Franklin), the Japanese-owned automaker serenaded Volkswagen with a modified version of Felice and Boudleaux Bryant’s “Rocky Top”, one of TN’s official state songs.

Volkswagen: “In an age when more and more automakers are abandoning cars, it’s great that Nissan just came out with a new sports car—just like we did with the Golf GTI and Golf R. We’re also looking forward to the Ariya helping to expand electrification of the compact SUV segment alongside the ID.4. While we know everyone equates Tesla with the move to electrification, let’s not forget—Nissan was first to market with a practical and affordable EV.”

“Wish that I was on ol’ Rocky Top
Down in the Tennessee hills
Ain’t no smoggy smoke on Rocky Top
Thanks to ID.4 EVs,

Once I built a crossover on Rocky Top
Half car, other half SUV
Wild as a dragster, but sweet with luxury
We still dream about that

Both showed up last year with a pair of fairly bland statements about each other that were suspiciously similar in length, but the staunchly conservative auto corporations that are Toyota and Honda had a little more fun this time around. Seemingly taking a page out of Nissan’s playbook, Toyota wrote Honda a holiday haiku while Honda closed its spiel with a joke about chips.

As we near the end of a year that was unique in every way, we thought it might be poetic to salute you, our friend and rival, with a Happy Holiday Haiku.

Honda: “This past year has been particularly challenging, for all manufacturers, and Toyota has been a most formidable competitor. Their steadfast commitment to building competitive high-quality vehicles drives us to do the same. With the holidays fast approaching, we’ve narrowed our wishlist a bit. All we ask for is microchips. Lots and lots of microchips.” 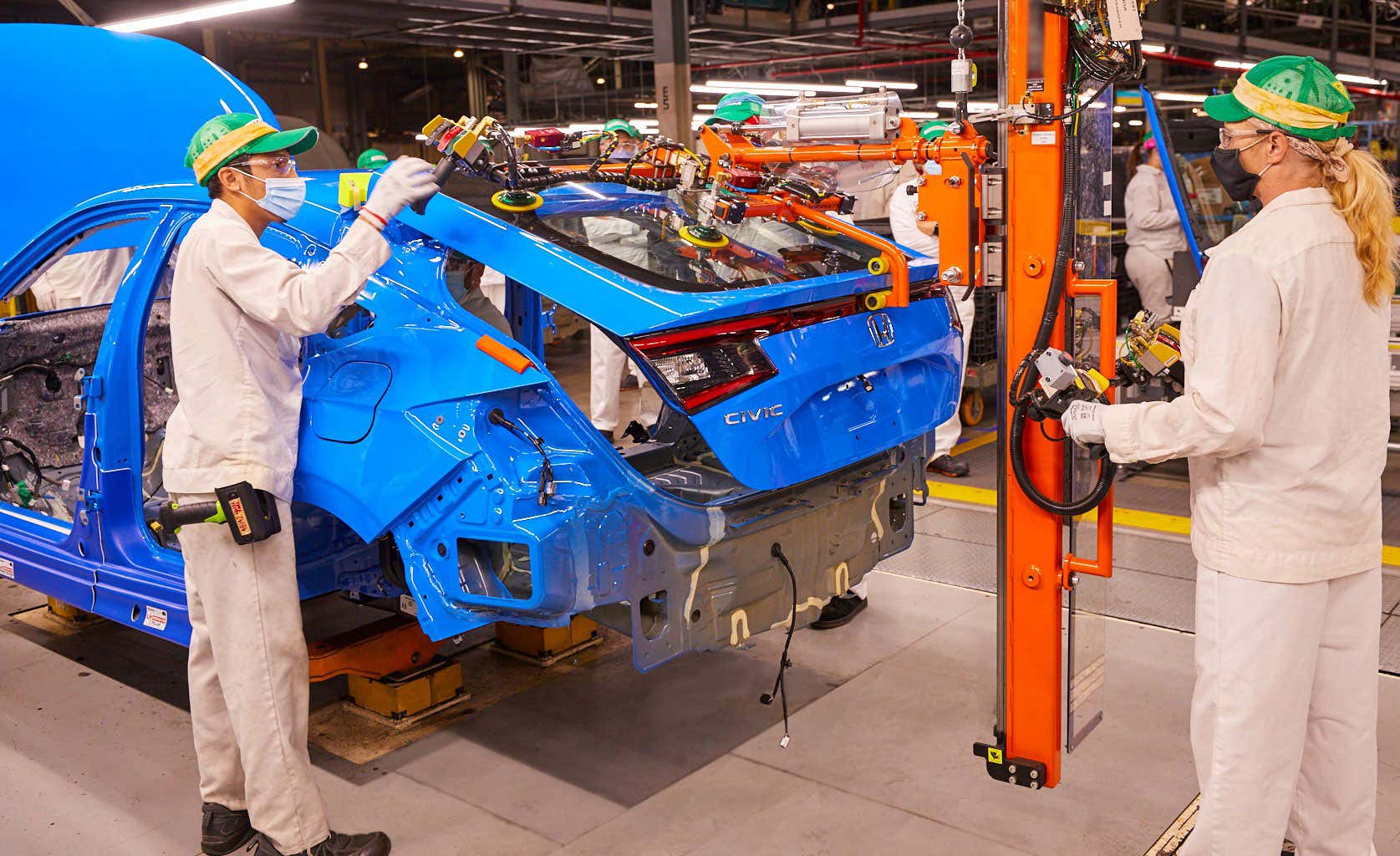 Both being promising EV startups, I thought it’d be appropriate to tie Lucid up with Rivian for this experiment. Rivian refused to respond but Lucid took the opportunity to revel in their shared status as MotorTrend award winners this year. The Rivian R1T was named the publication’s Truck of the Year while the Lucid Air took the title of Car of the Year.

Lucid: “We might be distinctly different pioneers, but we’re glad to share one piece of hardware with you (a golden caliper, to be precise). We wish Rivian nothing but continued adventure in 2022.” 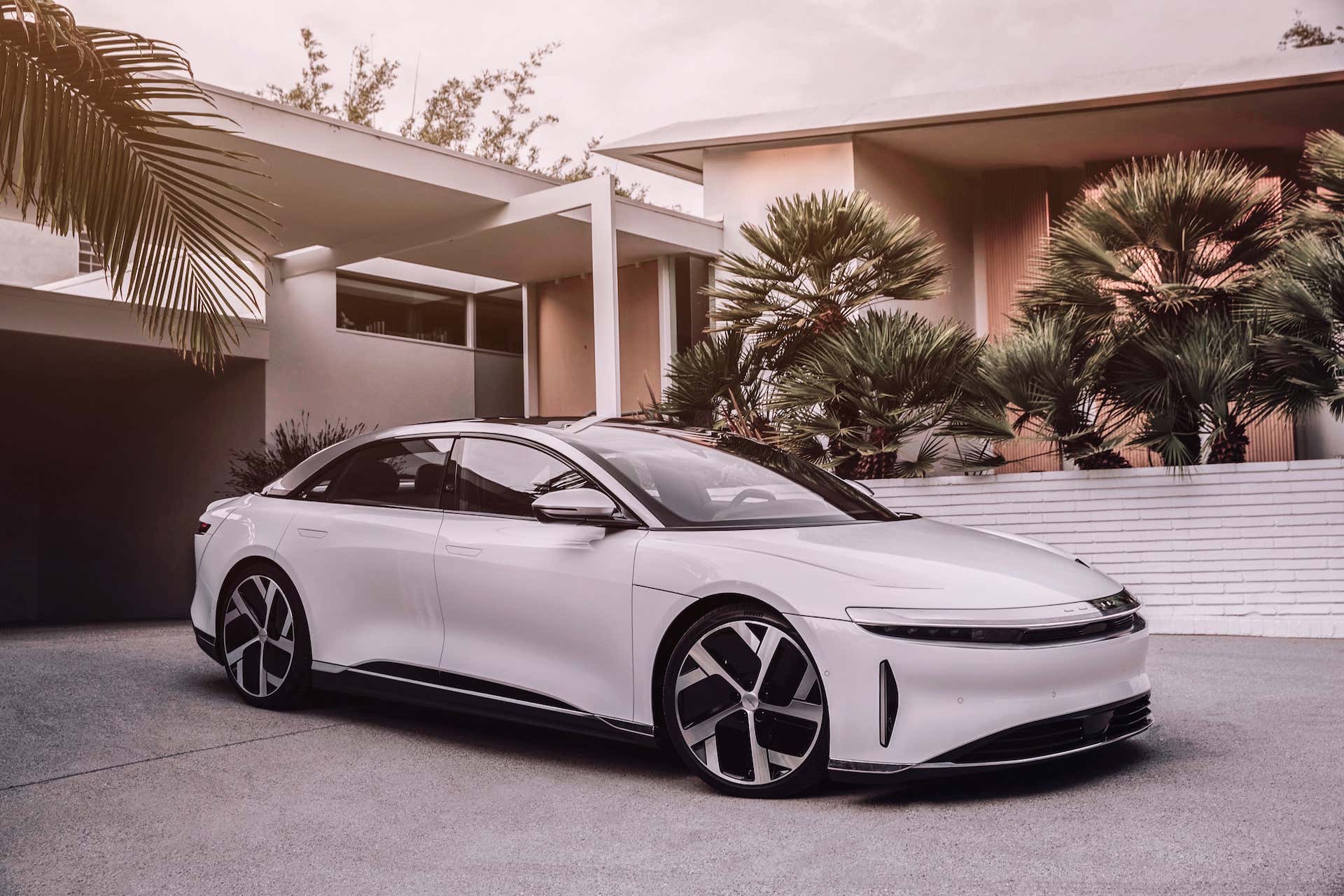 Saving the best for last, Porsche and Aston Martin replied to the call with nothing but love and mutual respect for one another. Porsche called out the folks at James Bond’s preferred carmaker as “just about the coolest people we know” while Aston thanked Porsche for the Cayenne and paving the way for exotic performance brands like itself to print money with an SUV of its own.

Porsche: “Beyond rational attributes – from business growth and investment to the launch of their first SUV, or even the engineering audacity of the Valkyrie – there is something perhaps more significant about Aston Martin that’s magical; it’s cool. Of course, this isn’t something you can set out to try to be – it’s ingrained and in Aston Martin’s case, it’s backed up by considerable substance. It’s clear to us that their exciting and beautiful cars are created with great care and pride by a talented, experienced, and professional family of men and women who we respect and admire. They are – like all of us – devoting their considerable energy towards a new era in the automotive world, and they thrive on the competition, just as we do. To everyone at Gaydon – just about the coolest people we know – Happy Holidays. We look forward to joining you once again on the track and on the roads in 2022.”

Aston Martin: “Game recognize game… Almost 20 years ago Porsche redefined the performance segment and proved to everyone a traditional sportscar manufacturer could make a dynamic, incredibly engaging – and above all, successful – SUV. ‘Heresy!’ their detractors cried.

How times have changed. The introduction of the Cayenne two decades ago proved the viability of the performance SUV as a compelling product offering and very clearly paved the way for Aston Martin to bring to market its first SUV, the DBX.

Even today, as the automotive industry undergoes another paradigm shift, Porsche continues to push engineering boundaries. We’d like to extend warm holiday wishes to our colleagues at Porsche and, in the spirit of friendly competition, look forward to a fruitful year in which we both raise the bar industry-wide.” 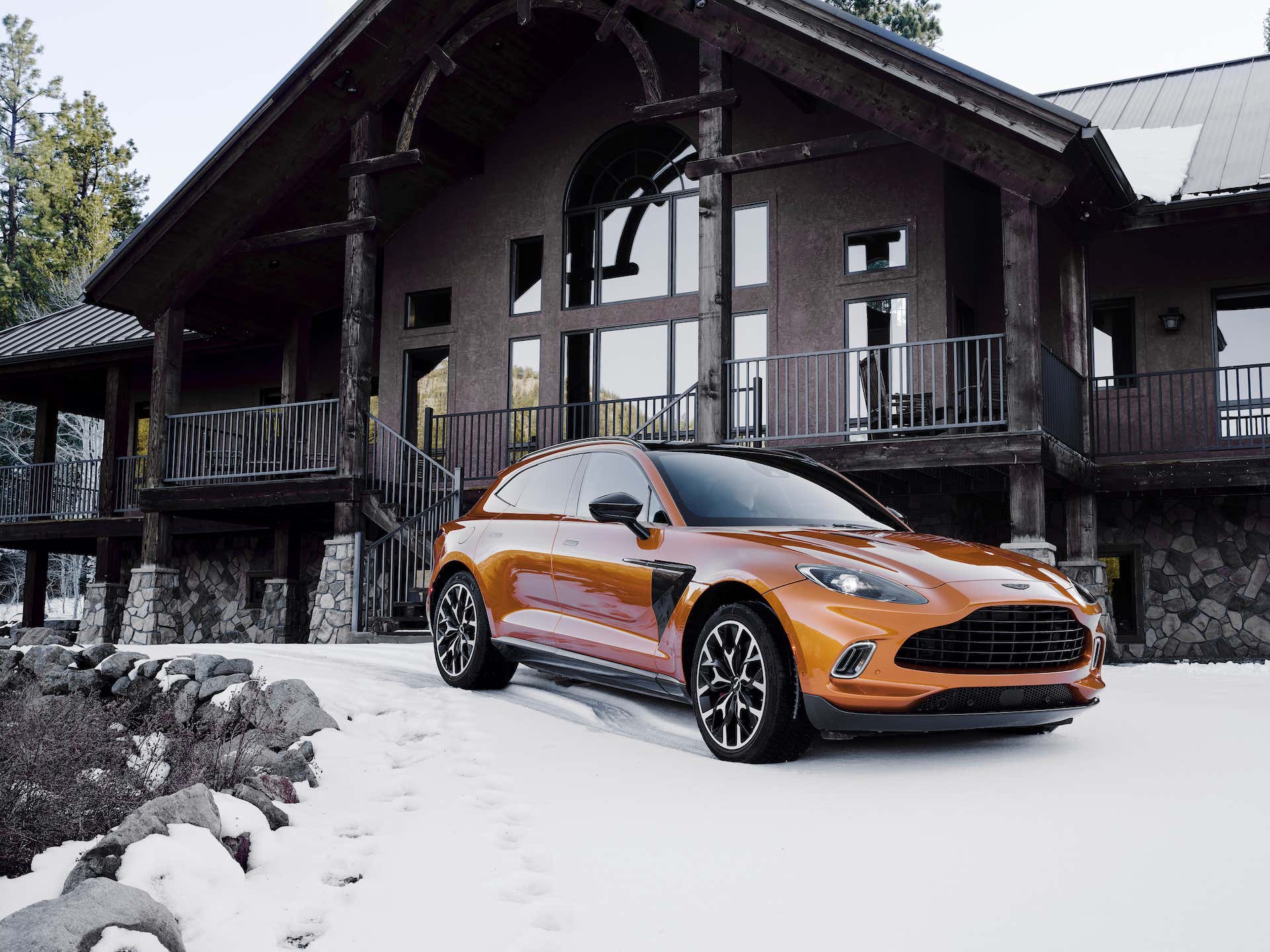 On behalf of all of us at The Drive, happy holidays!