If you’re headed out to the sand dunes, it’s likely you’d consider taking out an ATV or a side-by-side, or maybe a pickup truck with four-wheel drive. The Toyota MR2 probably isn’t a car that immediately comes to mind for such duties. However, as demonstrated in this video by DJ’s Hot Rod & Fab, the mid-engined sports car makes a highly entertaining platform for such hoonery.

Obviously, a stock MR2 would quickly get beached driving on sand, but these are no stock MR2s. The Castrol-liveried second-generation SW20 MR2 belongs to David Hubbard. Swapped out with a Toyota 2GR V6 putting out over 300 horsepower, it’s got a stripped-back body and is fitted with aggressive off-road tires for maximum fun. If that engine sounds familiar, it should be—it’s used in the Toyota Avalon and Camry, as well as sportier applications like the Lotus Evora. 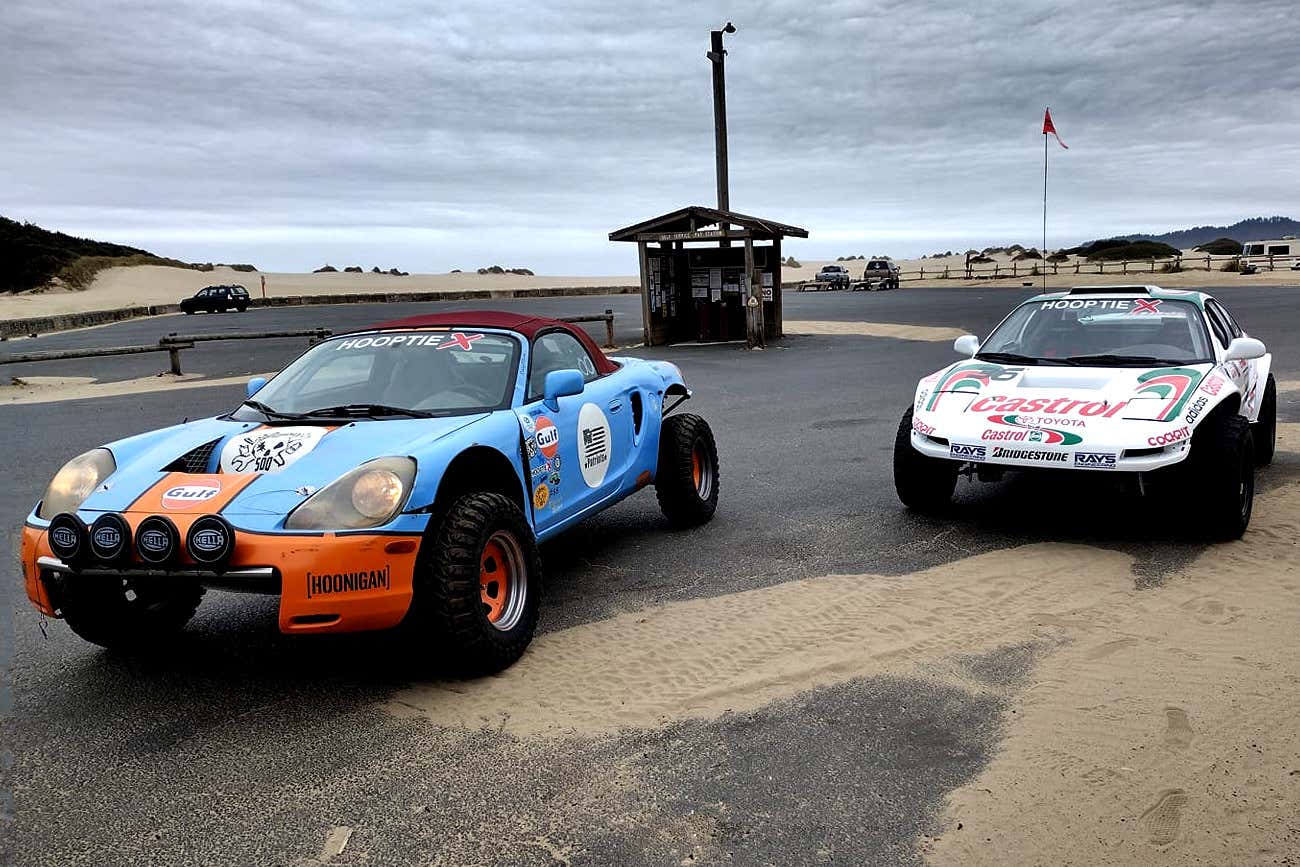 Meanwhile, the Gulf-liveried ZZW20 MR2 Spyder belongs to Kenny O’Brien, itself sporting a 1MZ swap from a Toyota Camry, good for around 200 horsepower. It also scored beefed up suspension at the rear with Silverado overload shocks to take the weight of the bigger motor. The car actually showed up at the Hoonigan facility earlier this year to tear around with a bunch of HooptieX competitors.

Being mid-engined, the Toyota MR2 has a rearward weight distribution as stock. Swapping in a V6 typically only exacerbates this. While this is sometimes frowned upon, for tearing up the sand, it’s actually somewhat of a benefit. It helps to avoid the front end plowing in to the soft surface and getting the car stuck.

The MR2 may be rear-wheel drive only, but for a bit of fun in the dunes, that’s really all you need. With a wide stance and relatively low center of gravity compared to SUVs, David and Kenny are able to rip donuts with ease on the sand, kicking up huge rooster tails all the while. It’s hard to imagine a better way to go hooning at the beach.

As you might expect, the day doesn’t go entirely to plan. The cars get stuck, and the Spyder blows a radiator hose, though it’s not enough to stop the fun. Instead, it’s the power and torque of the SW20’s engine that grenades the gearbox, putting an end to the day’s festivities. A long walk back to the carpark ensues to fetch the recovery vehicle. Getting the cars off the dunes proves a little difficult given the soft sand, but in due time the Toyotas are loaded up safe and sound.

It wouldn’t be fair to ignore the amazing work put in to the visual aesthetic of the cars. Each features a amazingly authentic recreation of a famous racing livery, tweaked where necessary to suit the lines of the MR2. It goes a long way to adding to the fun factor of the builds; after all, who doesn’t want to ride in a Castrol-stickered off-road beast? 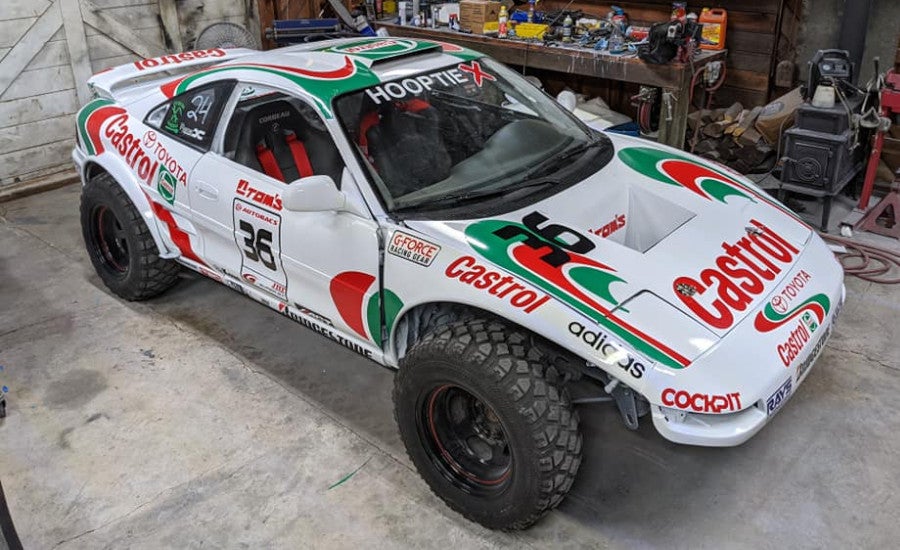 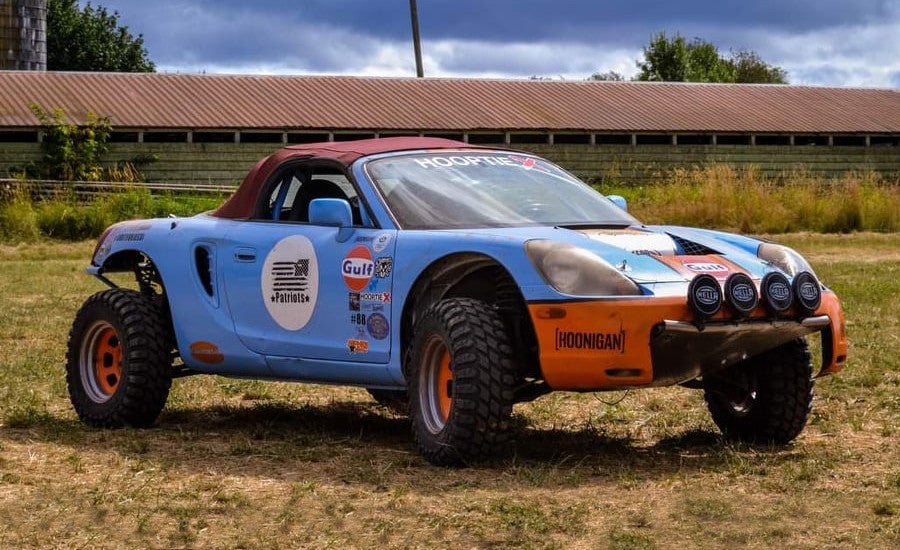 Regardless of the mechanical woes, it serves as a great example of just how much fun you can have with a hacked up Safari-modded car. Chunky tires, cheap engine swaps, and fun graphics go a long way to building a ride you’ll make excellent memories in. It looks like David and Kenny have been doing exactly that.

Got a tip? Let the author know: [email protected]hedrive.com