Most modern cars can address a variety of issues via over-the-air (OTA) software updates, but if there’s one automaker that’s mastered this whole wireless thing it’s Tesla, whose cars can be drastically upgraded (or downgraded) via remote tweaks from the mothership. Recently, an impressive display of wireless technology was caught on video at what appears to be a Tesla holding facility—or at least we think so based on the thousands of new Teslas parked in one secure location.

The footage surfaced on Reddit showing an entire fleet of Tesla vehicles—most of which appear to be Model 3s—reportedly receiving software updates and flashing their lights in confirmation. And the best part? Not a single cable attached to a car. 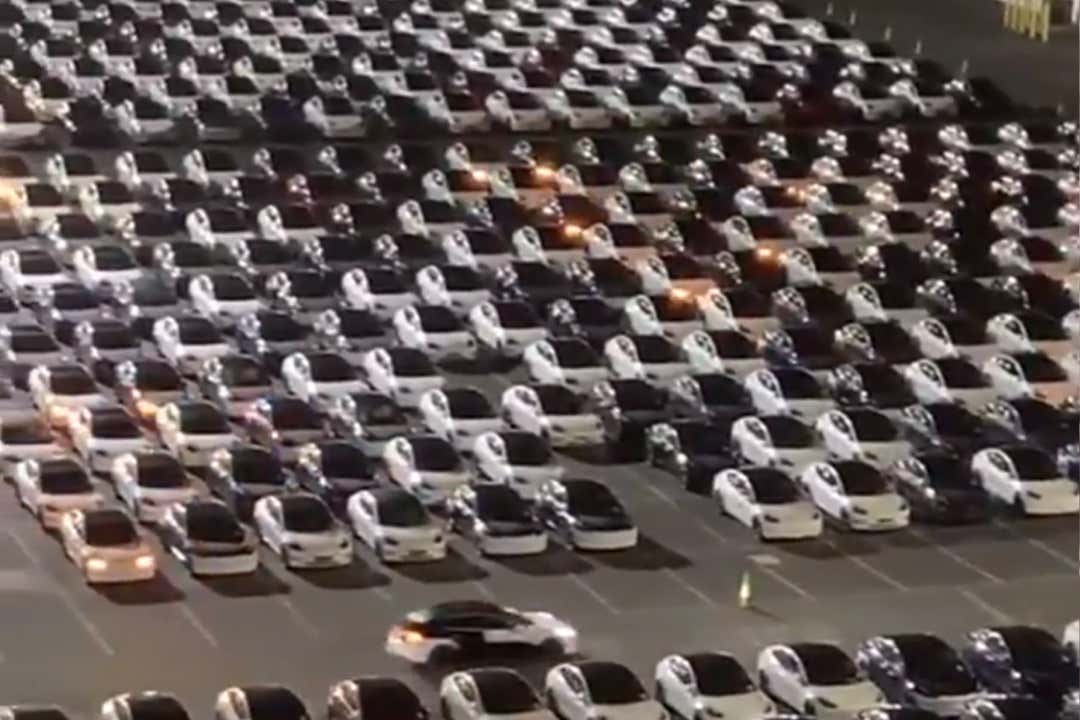 The original video was posted to TikTok over the weekend, however, the uploading account appears to no longer exist. But before the account disappeared, several people ripped the video and hosted it on YouTube and elsewhere, eventually making its way to Reddit’s largest Tesla sub.

The YouTube caption mentions that the cars are receiving the update via SpaceX’s Starlink service. As far as we can tell, that’s likely incorrect as the vehicles aren’t presently equipped with hardware to receive an internet connection from SpaceX’s satellite-based solution. Instead, the vehicles would receive an update via a cellular connection or wifi connection that blankets the parking lot.

Some Reddit users also drew skepticism that the cars were actually undergoing an update. Some internet detectives believe that the electric cars may be flashing their lights for other reasons involving logistics. We’d love to ask Tesla directly, but the automaker disbanded its PR department last year. That being said, the software update story actually makes sense, as it’s common for the automaker to update vehicles before shipping them to their final destinations.

More and more automakers are beginning to look towards OTA updates to save time and money, including Ford with its new flagship Mustang Mach-E and Volkswagen with its family of ID cars (though the German automaker did catch some heat regarding the initial upgrade of its European ID.3s).

Still, it’s hard to deny that this doesn’t at least look super cool. Hundreds of cars flashing their lights at random seem like the opportunity for something even bigger, like spelling out some words or patterns. Maybe a fancy Christmas light show. I mean, c’mon, Tesla is the king of Easter eggs, surely it could come up with some choreographed light show.