Not all electric truck startups are (allegedly!) vaporware. Rivian took its R1T pickup out into the desert to test in some of the automotive world’s favorite, most grueling sites, including the official grade for measuring tow capacities and the hottest place in America.

Rivian engineers set out to validate the R1T’s towing capacity, cabin comfort and battery cooling on the late-August trip, and they claim that it comfortably handled the 11,000-pound towing load, even in the heat.

We’d still like to test these claims ourselves, but it is fun to see an automaker film their desert validation tests. Death Valley and the deserts around it were some of the coolest places I’ve ever been for carspotting thanks to the sheer number of camouflaged prototypes.

One of the more interesting sites Rivian tested at was the Davis Dam Grade. If you’ve ever wondered how manufacturers test out tow capacities, it’s based on this one climb up Arizona State Route 68. It starts at an elevation of 550 feet above sea level some 90 miles south of Las Vegas and then climbs to an elevation of over 3,500 feet in just 11.4 miles, according to Rivian. That route, which ends near Golden Valley, Arizona, is the Society of Automotve Engineers’ standard for testing tow capacities. That test mandates an ambient temperature of at least 102 degrees F outside and a minimum speed of 40 mph, too.

To prove their truck’s capabilities, Rivian put 11,000 lbs in a 30-foot trailer to run the Davis Dam Grade. Outside temperatures on the run topped out near 118 degrees F. Tests at Davis Dam were performed several times just to be sure, too. 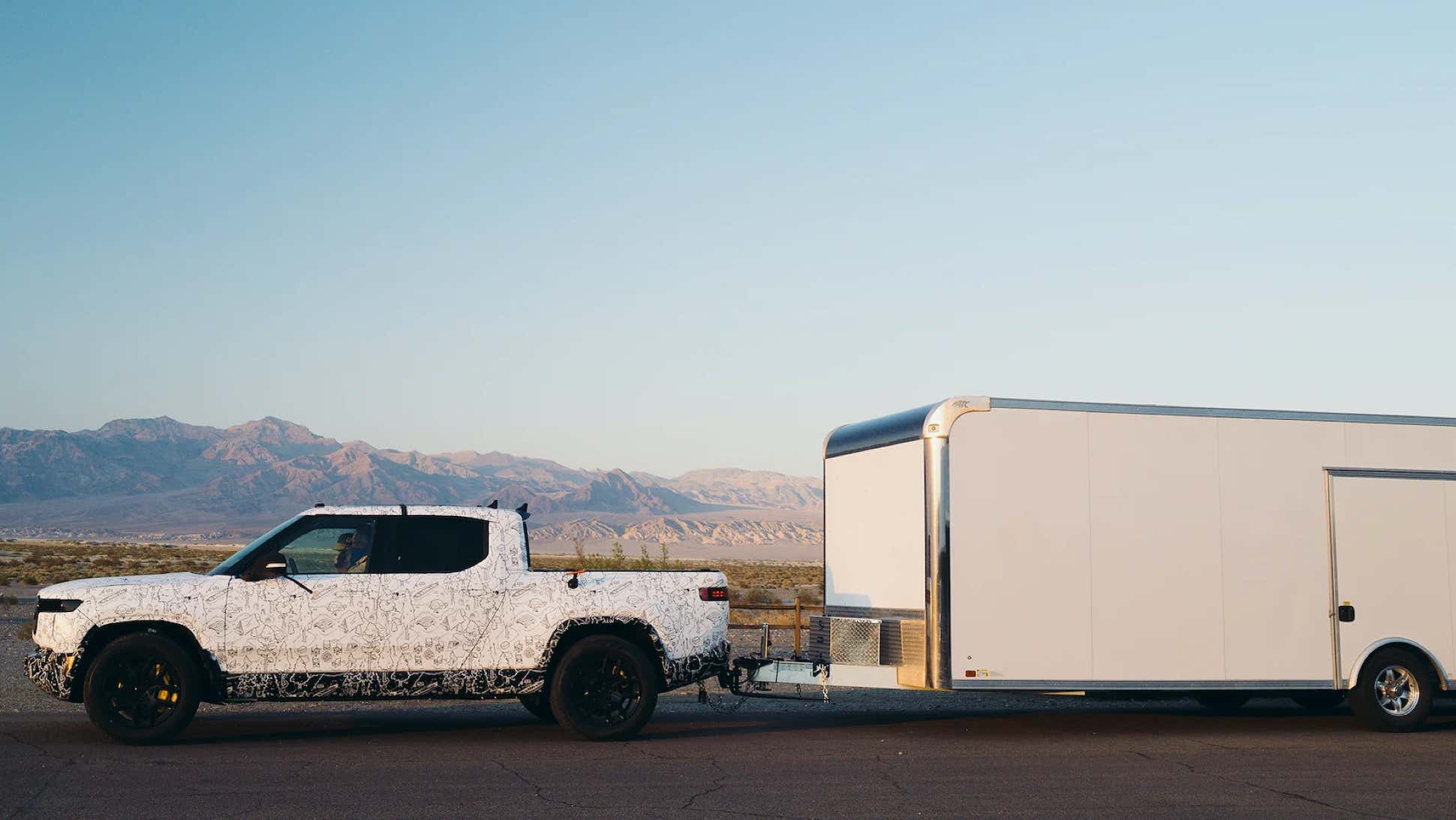 This wasn’t enough for the team, apparently. The R1T proceeded on to a steeper, longer run up Mount Charlotte. It hit up Death Valley National Park, where a 130-degree F reading at Furnace Creek earlier this year recently became the highest-ever reliably recorded temperature on Earth.

“Absolutely worst-case thermal,” explained Rivian development engineer Mike (the press release did not give last names). “Worst-case grade. So you’re just looking to make it up the hill, essentially.”

Rivian says that the truck made a 4,956-foot climb from Stovepipe Wells in Death Valley National Park up Towne Pass, a 16.9-mile journey with grades as steep as 9.6% and signs warning to turn off the air conditioner in your car to avoid overheating. They also said that the regenerative braking helped reclaim a bit of that energy going downhill.

According to Rivian Attributes and Performance Vehicle Line Manager Aaron, the R1T experienced about a 50% reduction in range while towing at its 11,000-lb capacity. So far, the stated range of the R1T is 400 miles. 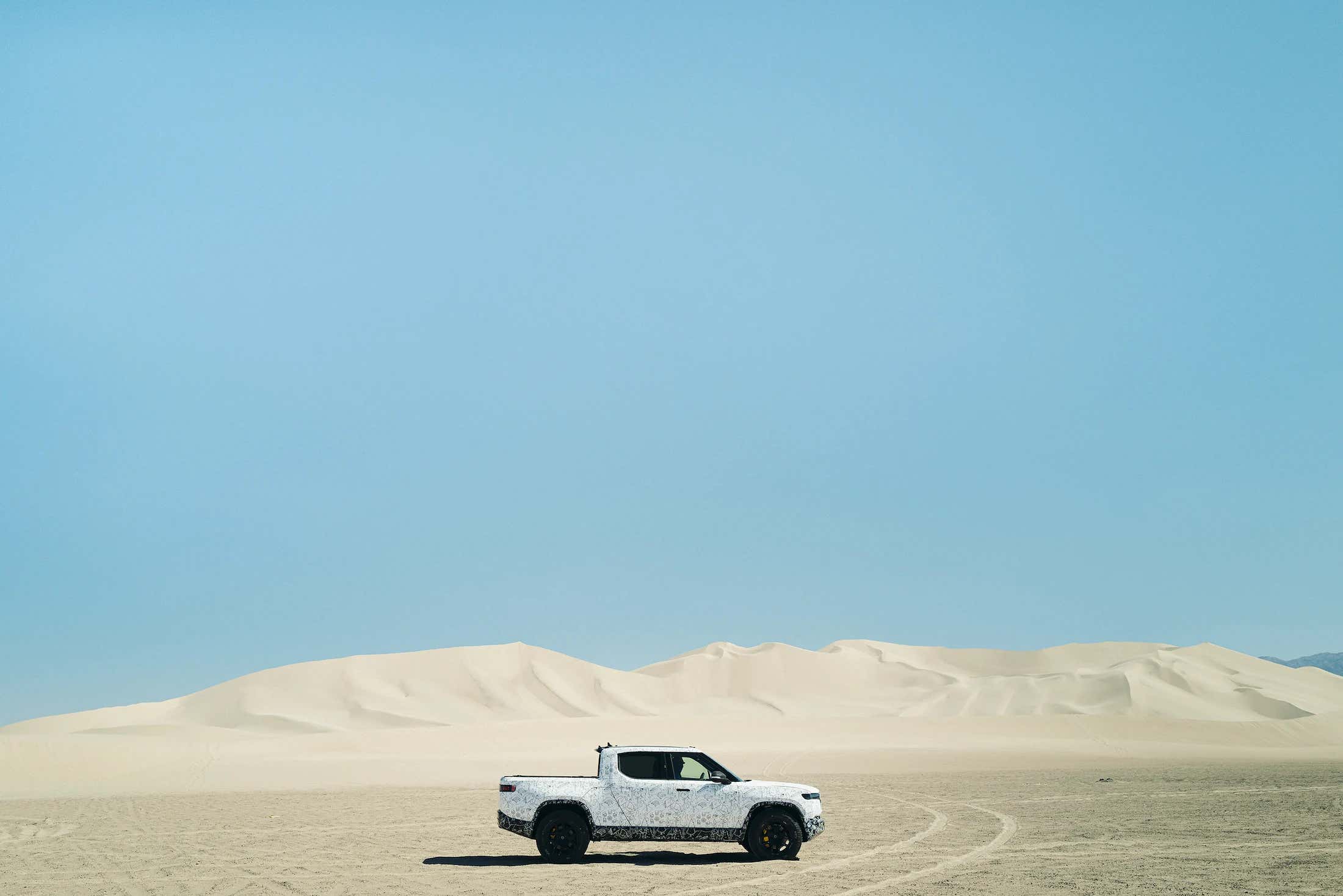 This footage was edited together from a few different test days, but it sure looks like Rivian genuinely pulled all of this off, including, well, the pulling. It’s a neat reminder of how far electric vehicles tech is coming along, especially given that EVs still sometimes go into limp mode to avoid overheating on a race track. Do more absurd torture tests, please. 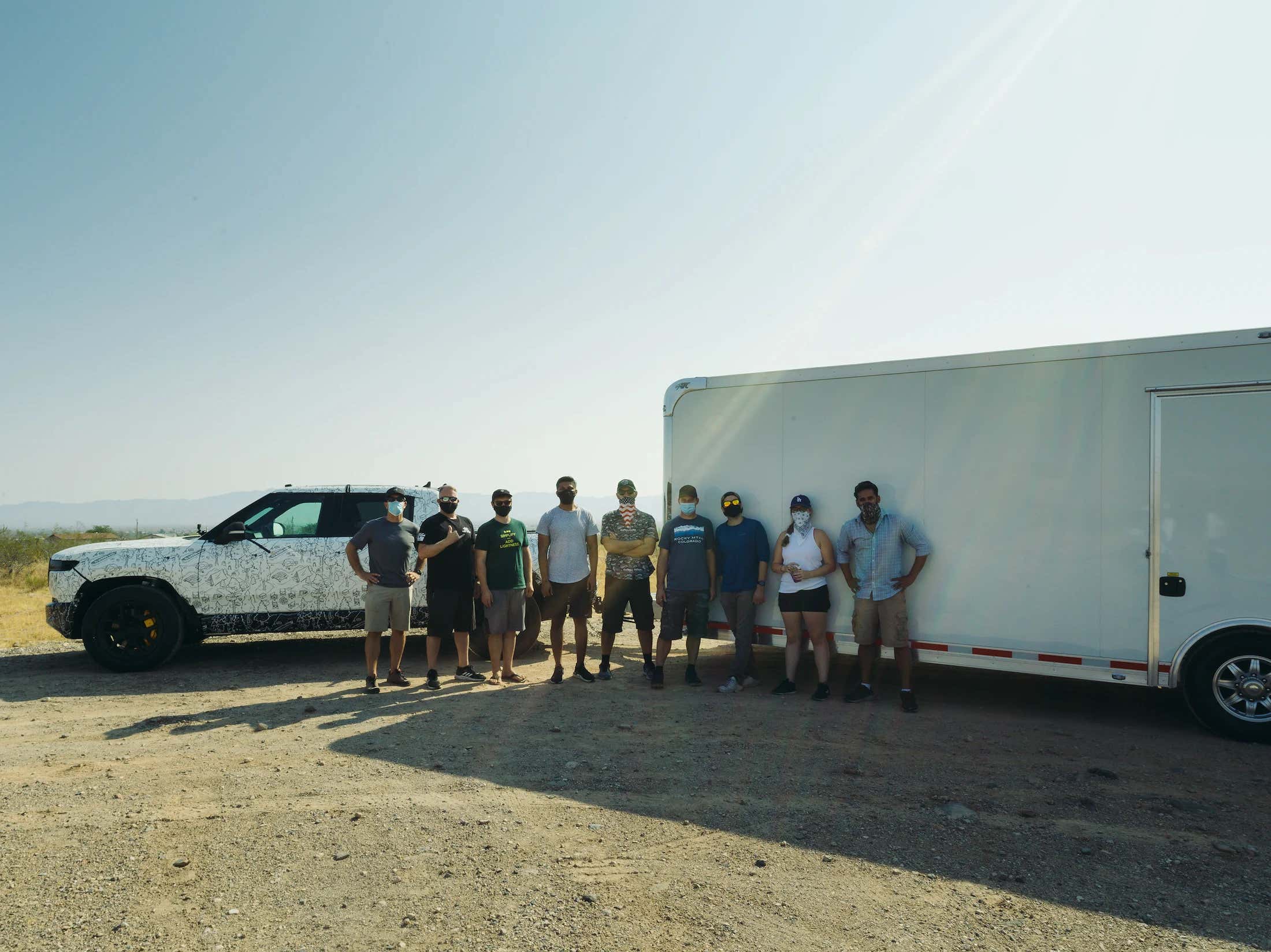