Hell’s Gate in Moab is considered a pretty tricky obstacle for any 4×4 but as of late, a bunch of unassuming vehicles have been making their way up the tight rocky trail. First it was a Kia Sorento, then a nearly-stock Ford Super Duty pickup—even the Baby Bronco made a successful pass a few weeks ago.

Now, a Porsche Cayenne on big all-terrain tires has been filmed making an attempt at the climb. Admittedly, crawling up Hell’s Gate has a lot to do with wheel placement as opposed to out-and-out off-road performance, but seeing this Porsche in action is impressive nonetheless. It’s not every day a suburbia-bound luxury SUV makes moves like this. 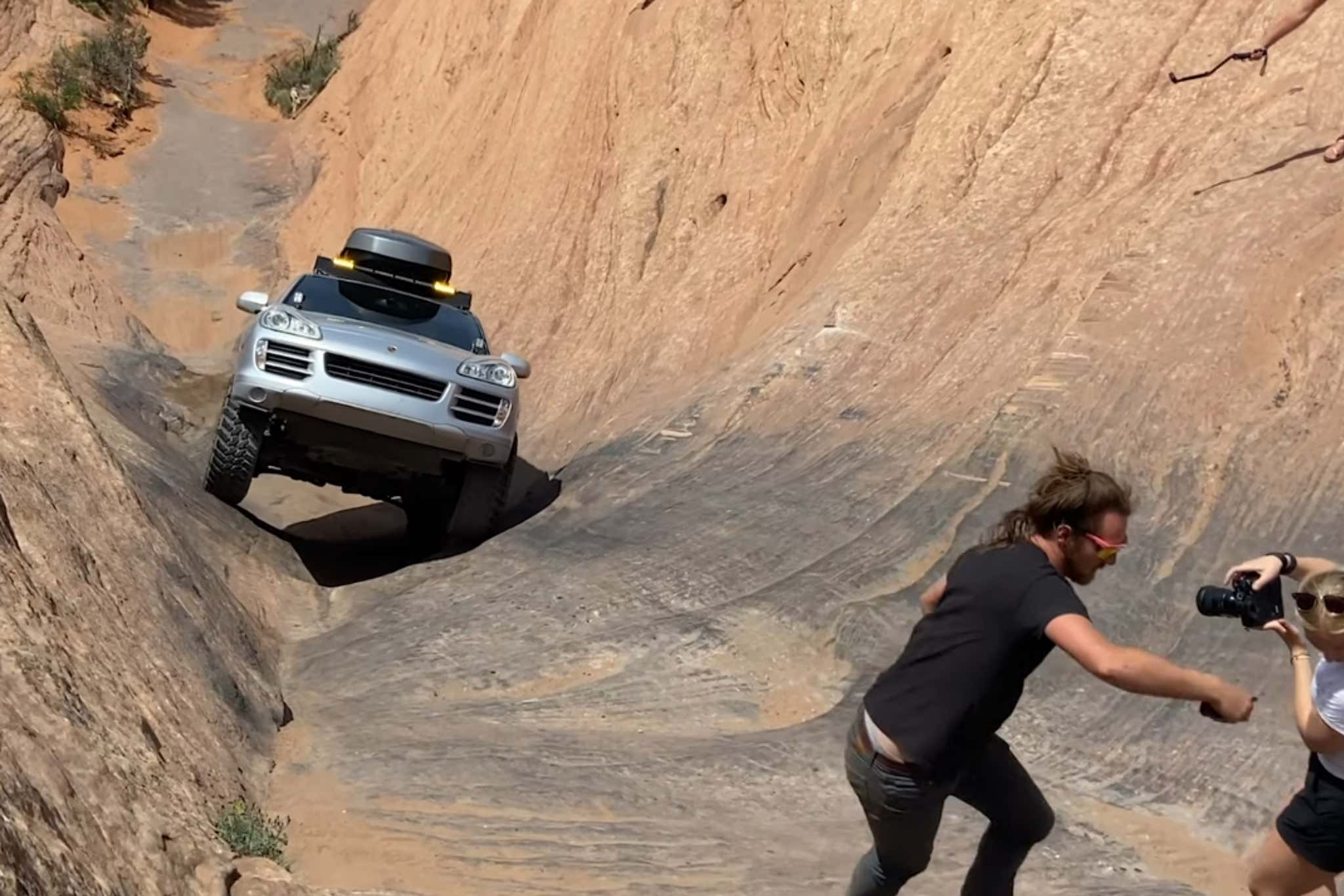 The Cayenne in question is a facelifted first-generation model, built in 2008. This particular rock-crawler is an S trim, meaning it gets several upgrades not limited to a 4.5-liter V8 producing 340 horsepower. The stick shift is only available on the GTS, so this Cayenne is definitely an automatic, which makes it easier for crawling, anyway.

If you watch the entire video embedded below, you can see the SUV doesn’t just make it up Hell’s Gate; it conquers several other serious obstacles around Moab as well. That’s thanks in part to the new wheels and big tires, but also because the Cayenne has a relatively advanced AWD system. Like other SUVs, it senses wheel slip and applies power where it can find grip. It does this with a system of multi-plate clutches and for being a 2008 model, it’s pretty nifty.

The tires are 33-inch Nitto Trail Grapplers, and the Cayenne has been lifted three inches thanks to a EuroWise kit in order to accommodate them. The front upper control arms are also new tubular units for increased strength and durability. Other mods include a roof rack and new LED lights—crucial to completing any and every four-wheeling obstacle.

All of the SUV’s adventures can be found on its dedicated Instagram, which is run by its owner Harrison Schoen.