There appears to be a new Tesla Model S cruising around Palo Alto, California, and nobody knows exactly what it is. The slightly askew Model S was spotted by YouTuber “The Kilowatts” and is believed to be either a refreshed version of the Tesla Model S or maybe even a near production-ready version of the upcoming performance variant: the Model S Plaid.

In a video showcasing the Model S, Kilowatts founder Ryan Levenson mentions that he spotted the Model S outside of Tesla HQ in Palo Alto, California while getting lunch and test driving a new Model 3. While approaching the Model S, he immediately realized that the car’s headlights were different than current production cars and turned around to follow it. That’s when he noticed that the car had a different rear diffuser, new wheels, and sported wider arches. 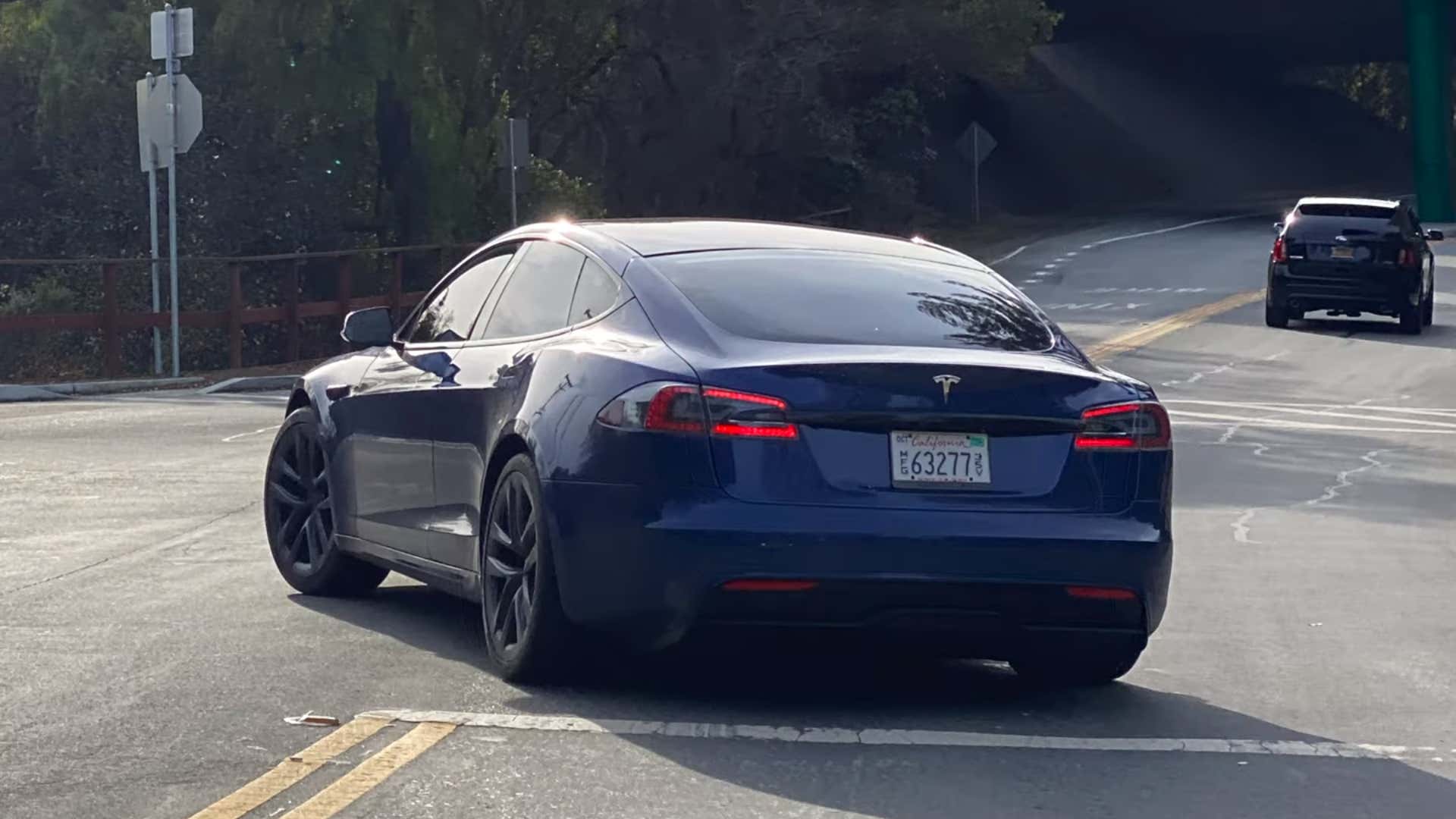 It’s hard to say for sure, but it appears that what Ryan may have spotted may very well be a version of a refreshed Model S.

Recently, Tesla shut down production of the Model S and X for a total of 18 days. We predicted that one of the many reasons for the shutdown was that the automaker may have been preparing to retool its production line to make way for a refreshed Model S. Could this be it? Keep in mind that Tesla HQ is just 20 miles from its Fremont production facility.

Or, perhaps what we’re seeing is Tesla’s promised Model S Plaid; the tri-motor 1,100-horsepower super sedan with a 200 mile per hour top speed and 520 miles of range (that’s just enough to steal the crown from the Lucid Air). It’s worth noting that the car seen on the streets isn’t the same Plaid prototype spotted at the Nurburgring, notably given away by its lack of rolled rear fenders. However, it’s believed that the fenders on the refresh are certainly still wider—just a bit more consumer-friendly.

The Plaid claim seems a bit less likely, as many have speculated that this top-tier performance variant would showcase more aggressive styling. At a minimum, we’d expect at least a spoiler like every other Performance-trim car Tesla offers. Plus, Tesla notes during the Model S Plaid ordering process that the car isn’t expected until late 2021 (though that may also be up for debate).

Tesla has been known to do in-place upgrades rather than wait for new model years to roll out changes. CEO Elon Musk has even gone on record in 2019 to say that Tesla didn’t have plans for a “refreshed” Model S (or Model X), but it would be rolling out a series of “minor ongoing changes.” That means that the potential for a significant refresh, especially one described in a recent tweet that caught Musk’s attention, feels like it may be limited in scope. So while the overall platform may not change, perhaps a Tesla made some changes to some exterior elements, interior design, and powertrain.

Regardless, Musk’s reaction hints that the public may hear something more official quite soon. Production of the Model S and X will resume on Jan. 11.