The road signages are further split into three categories differentiated by triangular, round and rectangle boards.

BHPian sarathlal recently shared this with other enthusiasts.

An attempt at compiling important road markings and signages.

Information is compiled from various portals and posts from within our TBHP community as well. Due thanks to all individuals, this is just a compiled format for easy reference. These are used to indicate lanes on multi-lane highways or to indicate the centre lane of a two-way traffic road.

Motorists are allowed to cut this lane and overtake if it’s safe to do so. When the broken lines appear nearer to each other or appear to be longer in length compared to the ordinary broken lines, then it acts as a warning toward upcoming changes in traffic behaviour. Indicates that overtaking / passing / cutting of such lines are not permitted.

They are usually placed at turnings or high traffic junctions. Similar to the Solid Line described above, but with the double intensity of warning level. 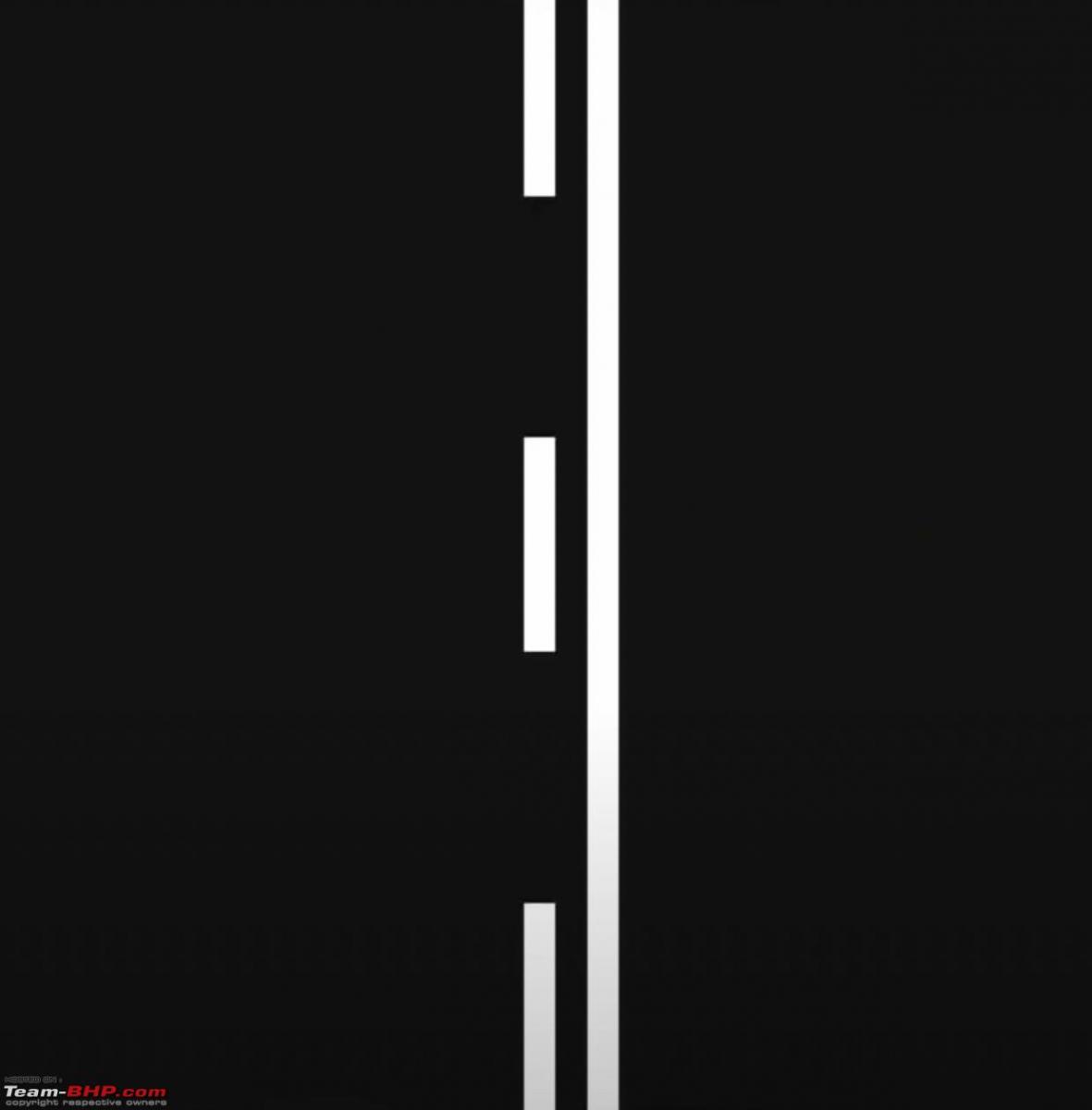 Similar to the Double Solid Line described above, but with the following difference.

If the dotted line appears on your driving lane, then you can pass the line and overtake when it is safe to do so. At the same time, the opposite traffic is not allowed to overtake. Indicates the motorists to quickly get onto the lane in the intended direction of the arrow. The intention of this warning marking is to inform motorists of an upcoming change in behaviour of the road, like an approaching turn or junction. This is similar in nature to the double solid line described above, but with such an increased attention level. In fact, given the different scenarios, this lane marking adheres to, it’s very important to pay attention and NOT to enter the striped median.

This is used for multiple reasons such as: Indicates motorists to slow down and watch out for pedestrian presence.

They are likely to be around near zebra crossings or areas of high pedestrian activities. These are used to mark the boundaries of the roadsides.

Vehicular traffic is not to cross over these boundary lines. If these lines are in WHITE, they can be used for pedestrians to walk, vehicles to park temporarily etc.

But if these Solid Lines are YELLOW, then it also indicates a no-parking zone. These markings are equivalent to footpaths. All rules applicable for footpaths are applicable to this road marking. This indicates that the motorists entering from the byroad need to be extra careful in observing the vehicle traffic on the main road they are going to enter by crossing this dotted line. They are supposed to cross and enter only if it’s safe to do so. Similar to the dotted line described above, plus the fact that both the lanes should be observed and enter and cross over only if it is safe to do so. 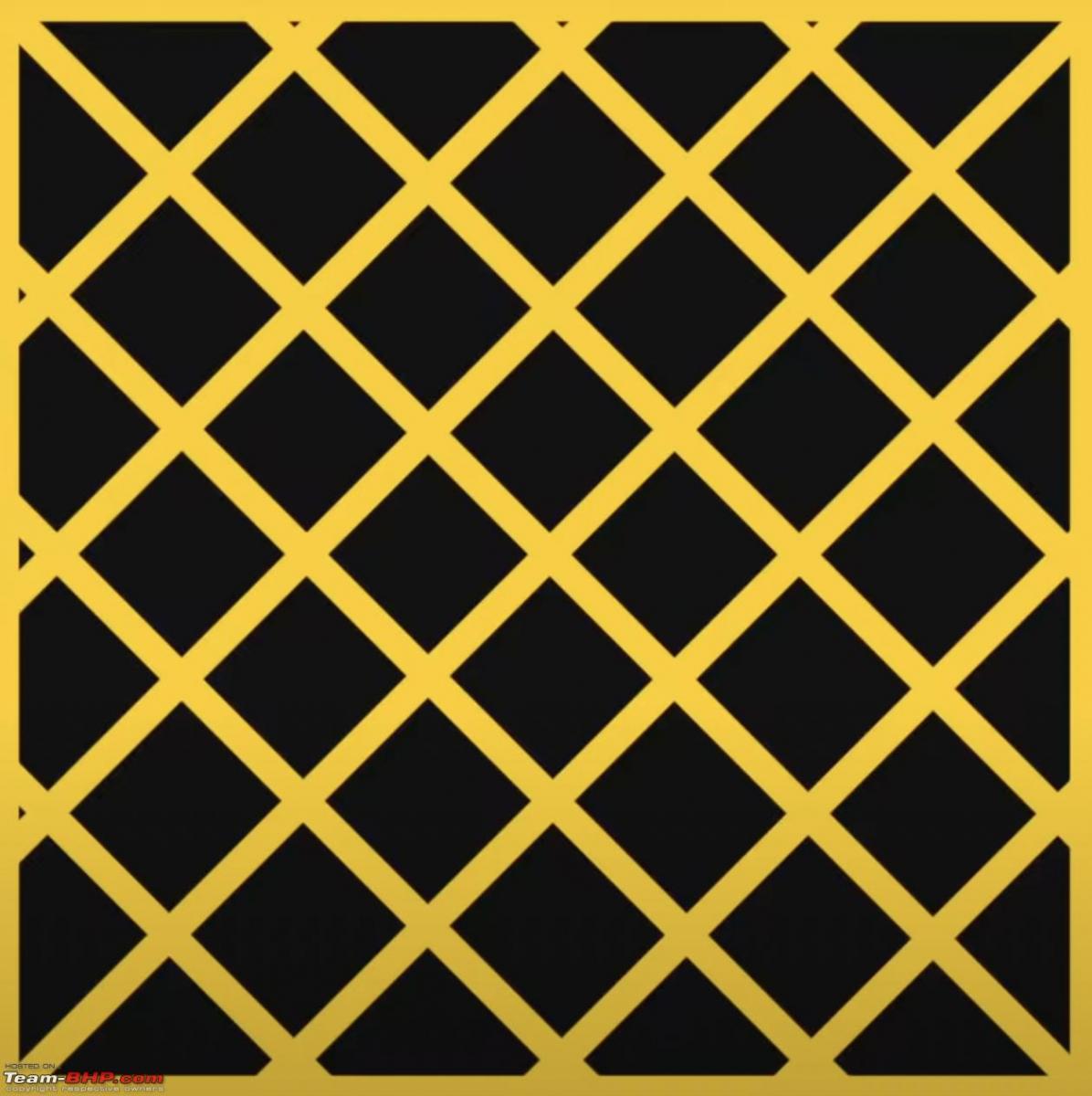 These are drawn at high traffic intense junctions and indicate the motorists to enter the box only if they are sure that they can exit the box without blocking the traffic. It simply means, not stopping or pausing on the yellow box.

The primary intention is to prevent motorists from blocking other lanes by creating deadlocks.