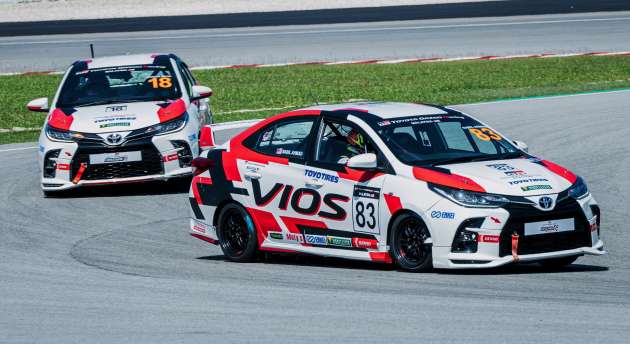 In the opening round of Season 5 of the Toyota Gazoo Racing Festival and Vios Challenge, which took place yesterday at the Sepang International Circuit, young drivers in the one-make series fired an early warning salvo to the rest of the field by dominating the top two classes of racing for elite and amateur racers.

In the Super Sporting Class for elite and professional drivers, 17-year-old Hayden Haikal catapulted himself from being fastest in qualifying to winning the race. In a tightly-contested race, he finished just half a second ahead of Telagamas Toyota’s Freddie Ang, with Laser Motor Racing’s Eddie Liew coming in third.

Meanwhile, in the Sporting Class for amateurs, 22-year-old Naquib Azlan emerged victorious in only his second year of competitive racing after making a transition from simulator racing. Naquib won his class with a comfortable 15-second margin over S&D Tama Motorsports’ Tom Goh. Finishing third was another youngster, 19–year-old Bradley Benedict Anthony of Crestmax Motorsport.

Moving up to the Sporting Class after winning last year’s Rookie Class, Naquib had clocked the fastest time in qualifying, but both he and Bradley were penalised for a technical infringement, which dropped the two drivers to fifth and sixth on the starting grid. That, however, didn’t prove to be a setback, as the final result showed.

Naquib’s brother, Nabil, made it a double celebration by securing victory in the Rookie Class. The 20-year-old debutant, competing in a saloon car race for the very first time, also won his class for new drivers under Gazoo Racing’s Young Driver Development Programme. The race winner said that he was surprised how a lot of the things in simulator racing could be applied to real world racing.

Finishing second and third in the Rookie Class were karters Sharique Zulqarinain and Muhammad Hamdany Abdul Hamid respectively, while fourth place went to Adele Liew. In fifth was another karter, Muizz Musyaffa. 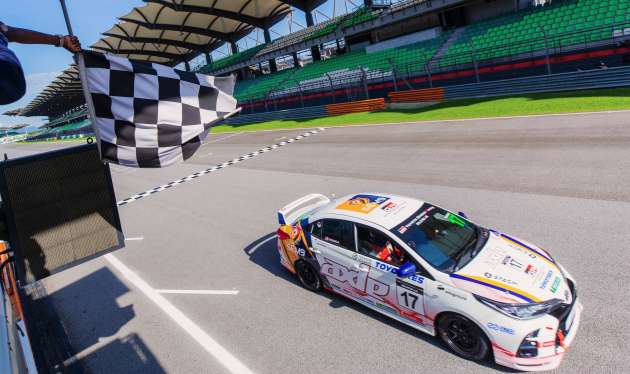 In the Promotional Class for celebrities, actor Zizan Razak did not leave anything to chance this season as he took off with the race from pole position to finish more than 15 seconds clear of defending Promotional Class champion and fellow actor Shukri Yahaya. In third place was presenter Ahirine Ahirudin.

Singer Nabila Razali had been in contention for fourth place, until a mistake sent her into the gravel
at the very last lap. That promoted presenter/comedian Nabil Ahmad into fourth, with singer Wany
Hasrita, actress Janna Nick, presenter Ain Edruce completing the race in fifth, sixth and seventh positions respectively. Round 1’s action continues with Race 2 today.